Italians come to Andorra to create their own businesses in various fields such as technology, consulting, real estate, jewellery, and gastronomy said the Honorary Consul of Italy in Andorra, Alberto Rossi Pucci • All PYRENEES · France, Spain, Andorra 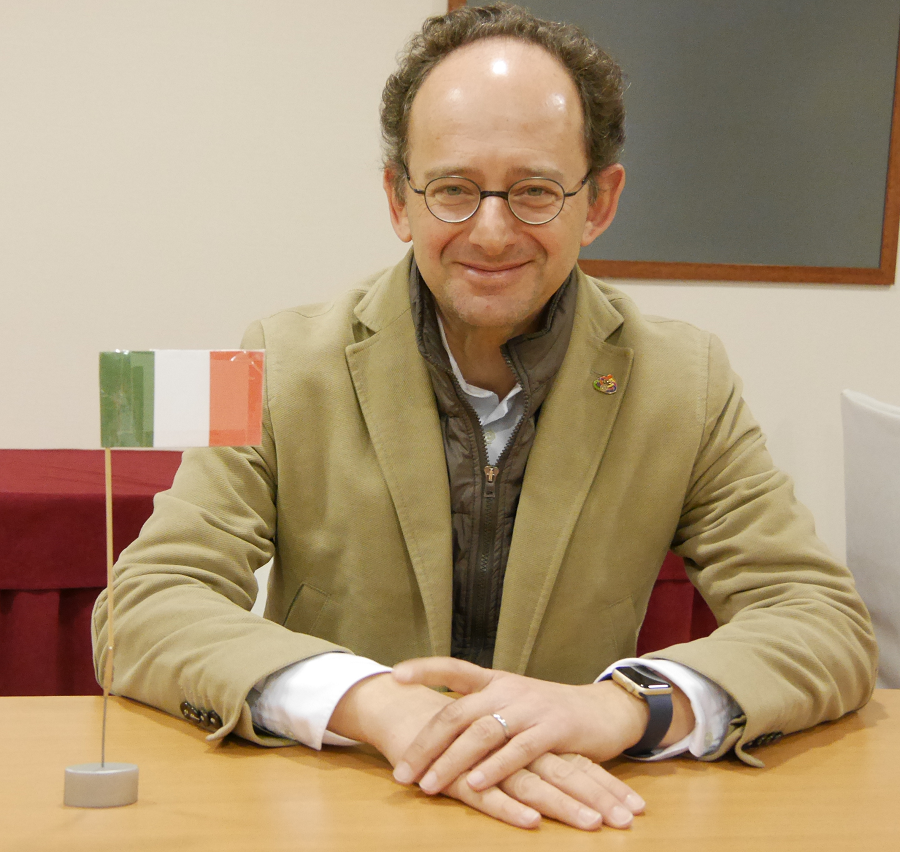 Honorary Consul of Italy in Andorra, Alberto Rossi Pucci, told all-andorra.com about the developing relations between Italy and Andorra in terms of economics, finance, and tourism.

“Italy and Andorra are actively taking part in negotiations in order to strengthen economic and financial relations. Both countries signed a convention on the free movement of goods and human resources in 2015. An agreement on the automatic exchange of tax information was ratified last year. Negotiations to conclude an agreement on the exclusion of double taxation are underway.

Italy is in full support of Andorra’s initiative to create an association agreement with the EU, along with two other small states of Europe – San Marino and Monaco. The main advantage of the association is the open access it will create to the European market. Free circulation of capital will remove bureaucratic procedures and simplify the export of goods and services, and will also promote the development of competitiveness of the economies of these small states. Finally, this will help Andorra attract more international investors, including ones from Italy.

Italy and Andorra are also active in the fight against organized crime. Last year Andorra was visited by representatives of the Italian prosecutor’s office for combating the mafia. This year, the delegation of the Commissione Parlamentare Antimafia is scheduled to visit the Principality.

Talking about important visits, I would also like to mention the Italian Ambassador’s visit to Spain, Stefano Sannino. The goal is to participate in the celebration of Andorra’s national day on 14 March. This is the first visit of the Italian Ambassador over the past few years, which indicates the strengthening of relations between the countries.

Good news in the tourism industry – this year the Andorran government launched an advertising campaign to attract tourists from Italy. Which is absolutely logical – Italy is only 700 km from Andorra. Italians travel by car a lot and often travel to neighbouring Spain or France. The problem was that most Italians still didn’t know about Andorra.

Today, only about 750 Italians have an Andorran residency. Among them, there are some businessmen and top managers of companies such as Honda GP Team and Airbus. Italians come to Andorra to create and develop their own businesses in various fields such as in technology, consulting, real estate, as well as the jewellery and gastronomy sectors. This year alone, two new Italian restaurants opened in Andorra.

The main reason why Italians come to Andorra is, of course, for the tax system. In Italy, for example, profit tax is at 40%, whereas in Andorra it’s only 10% with the possibility of a reduction of up to 2%. The second reason why Italians are moving to Andorra is because of the security it offers and the almost total absence of crime. Andorra is an ideal place in terms of safety for families with children, and this is a very important advantage over neighboring Spain or France, as well as Italy itself. At the same time, Andorra is very well located, it’s next to the some of the largest cities of Spain and France – Barcelona and Toulouse.

The Consulate of Italy in Andorra, in its turn, negotiates with the Andorran government. In particular, with the Ministry of Culture and the Ministry of Foreign Affairs of the principality about the joint organization of the event in honor of the national day of Italy on 2 June.

The association Associació Italiana d’Andorra (or AIDA – not only the abbreviation but also the name of the Italian opera singer Giuseppe Verdi) is also participating in organizing this event. The Association also traditionally hosts weeks of Italian cinema in Andorra, as well as conferences dedicated to Italian cities. Now the association has a new president – Angelica Turroni and the program of cultural events for this year is currently being finalised.

The Consulate of Italy in Andorra renders maximum support to AIDA in the development of Italian culture here. The association was established in 2006 and is open to everyone who loves Italian culture, Italian cuisine, Italian language, as well as the Italian lifestyle in general.”