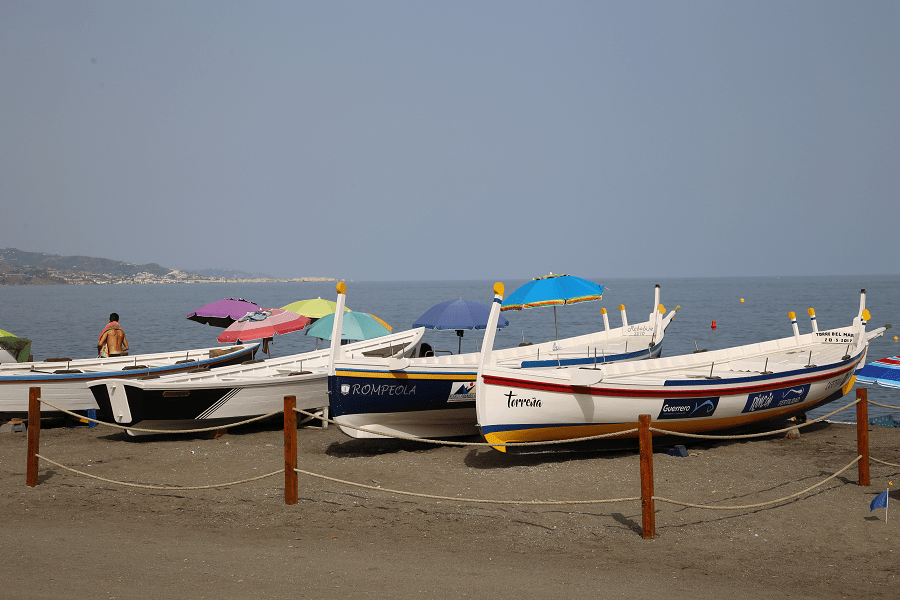 Torre del Mar is a town on the Malaga coast located in the municipality of Vélez-Málaga, in the region of La Axarquía, the province of Málaga, in the autonomous community of Andalusia, Spain. Bounded by the channels of the Río Vélez and Río Seco.

It is located 33 kilometers east of the provincial capital Málaga, on the axis formed by the A-356, A-7 and N-340A highways. 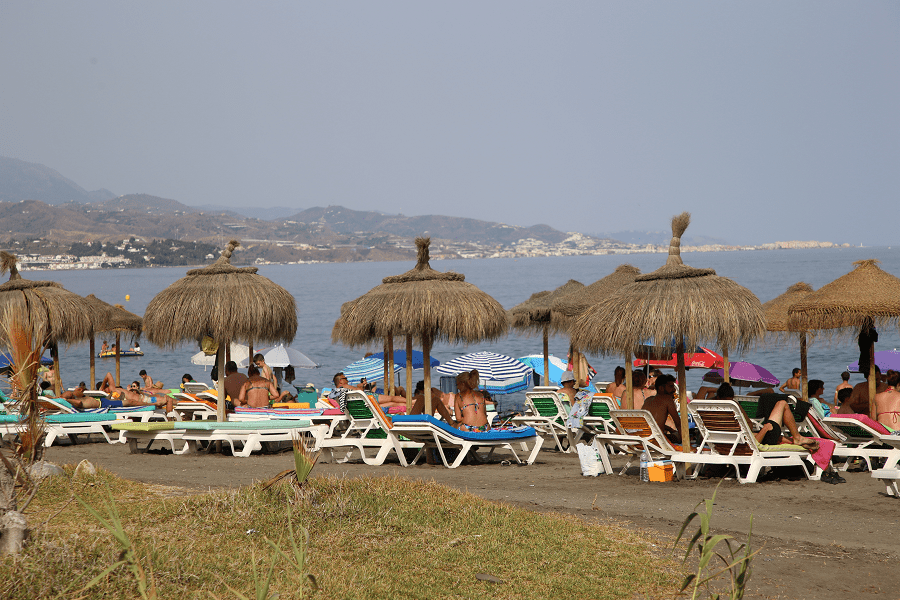 The tourism sector constitutes the main productive sector of the municipality of Vélez-Málaga, followed by agriculture, which stands out for the production of subtropical crops such as mango, and especially avocado. In addition, the largest fishing fleet on the Costa del Sol moors in the Port of La Caleta. 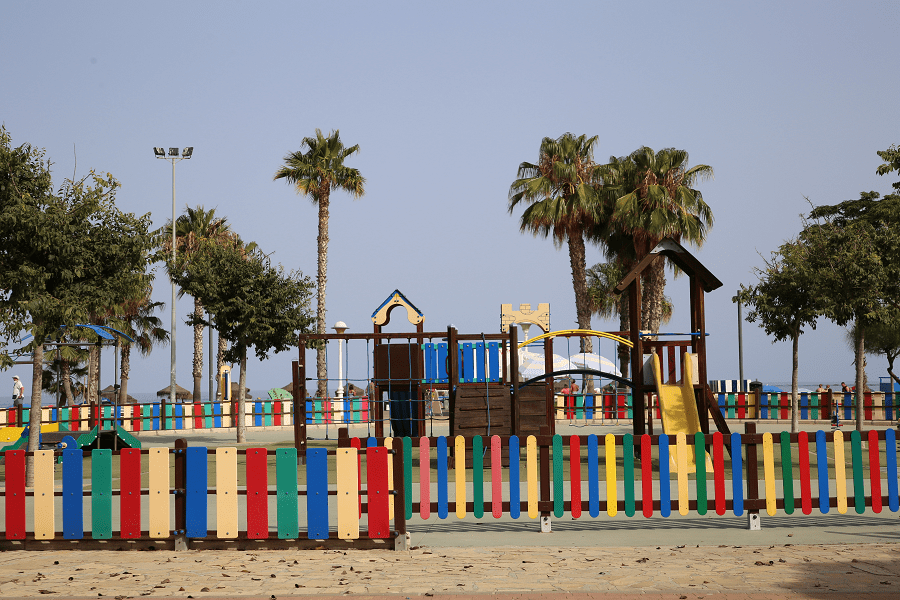 In Torre del Mar the presence of the Sugar Museum stands out, inaugurated in 2014, and which pays tribute to a famous factory owned by the Larios family, which was the economic engine of the town. 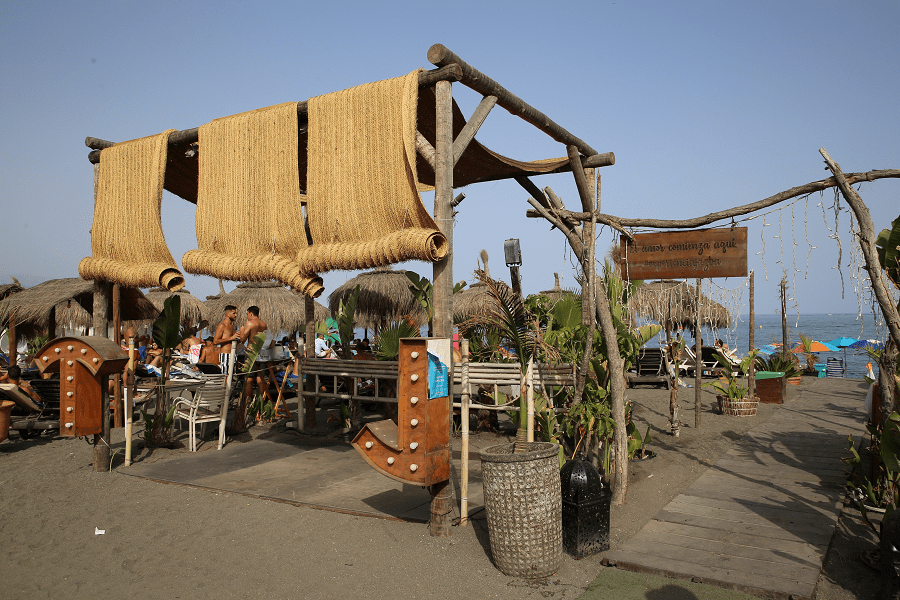 The so-called Torre de Manganeta is of Arab origin and was used for surveillance of the coast.

Lighthouse on the promenade was built around the 1950s due to the distancing of the coast from the previous lighthouse. 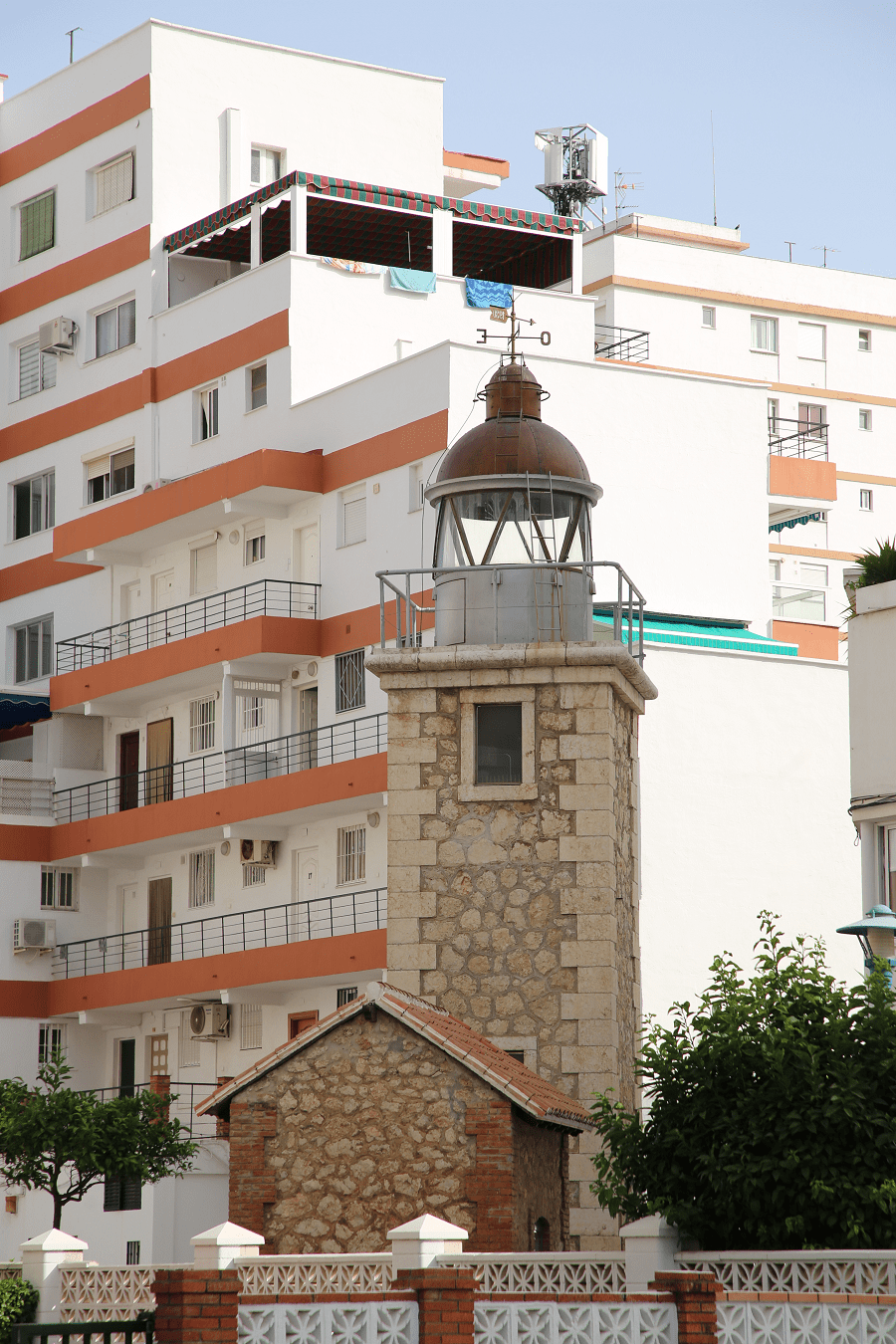 It is worth highlighting two villas from the late 19th and early 20th centuries in the town that survived the massive construction. The best known is Villa Mercedes, located on Paseo Larios, and which is currently privately owned. The other is known as “Casa de Las Palmeras”, a name it took from the two palm trees that had disappeared from its front garden because of the red beetle. The villa was privately owned, was used as a bar and was in disrepair. Finally, it was acquired by the municipality of Vélez-Málaga in order to use it as a tourist office. After the restoration, the villa looks good, although it is missing a palm tree, and the other one there is different from the one there was. 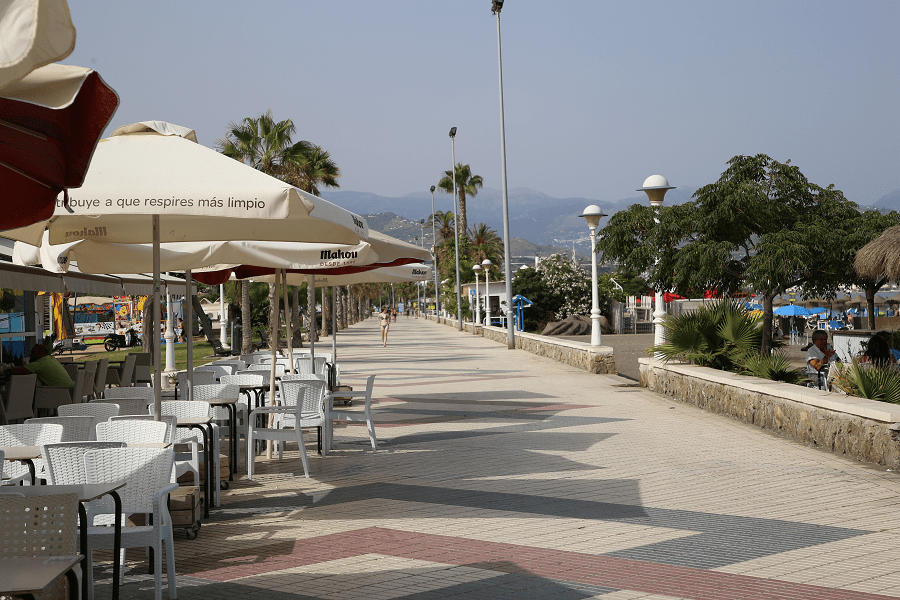 The Old Castle of Torre del Mar: this is the castle-fort which is the original centre of what is now Torre del Mar. This coastal bastion was once small in size and its purpose was to watch the coast and protect the boats that docked in the natural port. Over time the fortification got further from the sea due to the progression of the ground. In 1730, an important reformation was carried out shaping it into what nowadays we know as the castle of Torre del Mar. In this reformation, they added a second front made up of two small curtains joined to the artillery battery which occupied the centre, and on the ends, two towers which already existed in the old space. 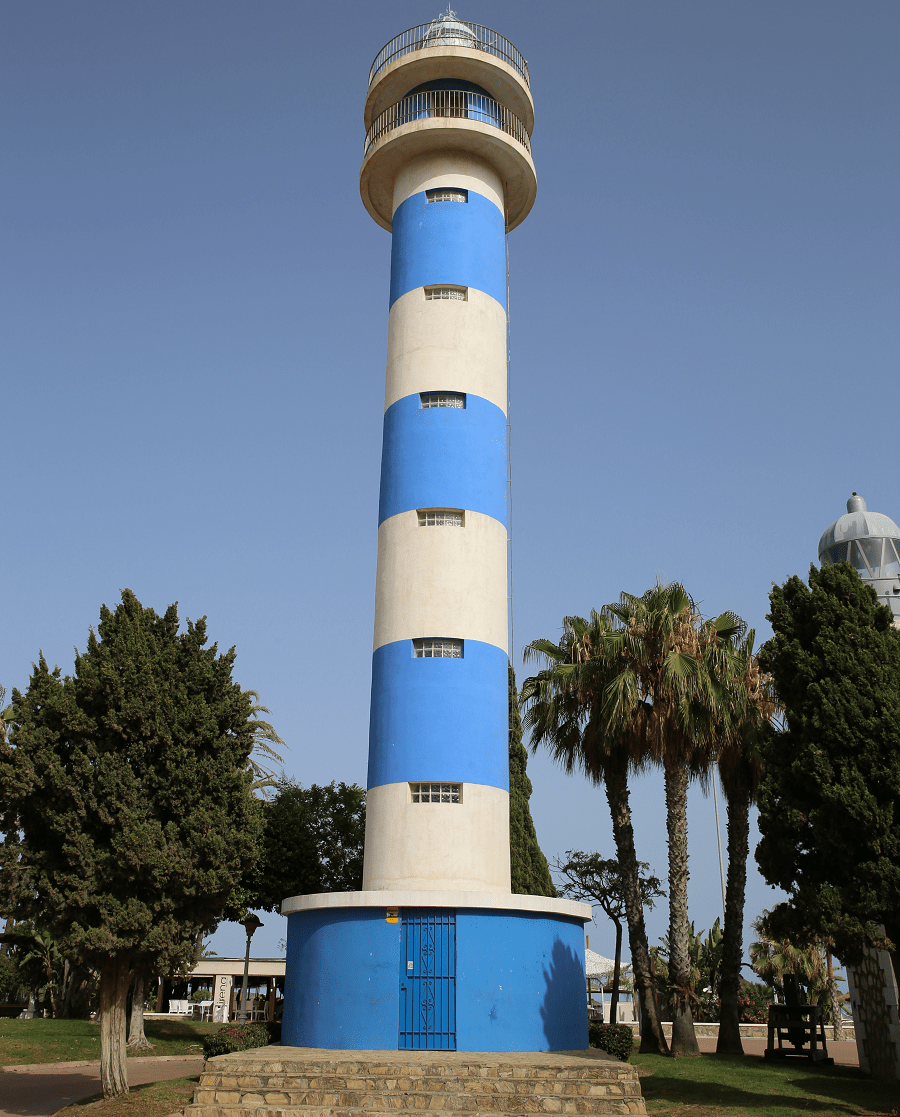 The Torre del Mar Beach is part of the town of Vélez-Málaga and has an extensive beachfront promenade full of beach bars and restaurants that are the perfect spots to taste authentic Málaga style cuisine. The walk is also ideal for sports lovers since it has a wealth of facilities to keep fit. You can often find runners first thing in the morning or cyclists enjoying the extensive bike path along the beach. 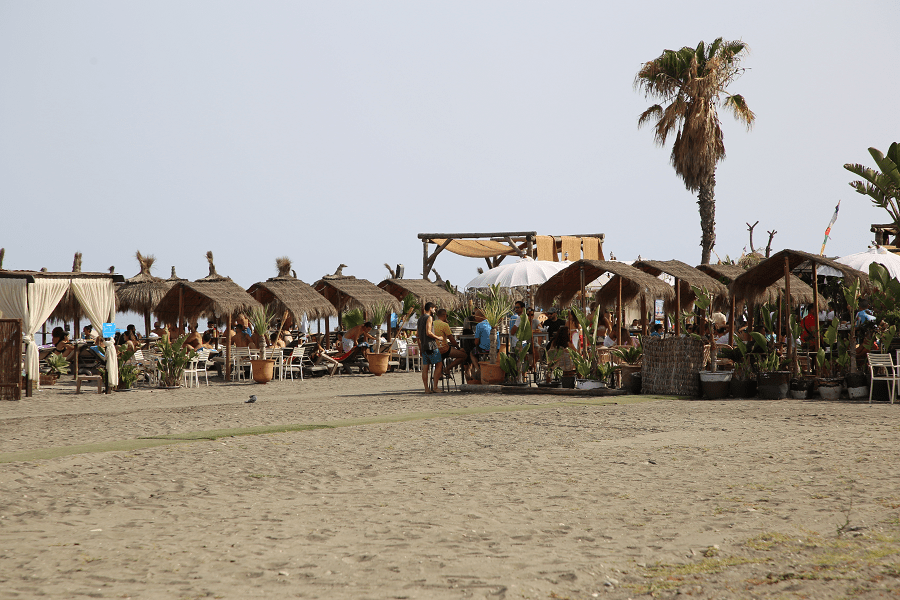 This spacious beach is two kilometres long with the “Q” quality distinction that only the beaches that offer optimal service to every visitor receive. Furthermore, this beach has been awarded the Blue Flag, a distinction awarded by the European Foundation for Environmental Education. 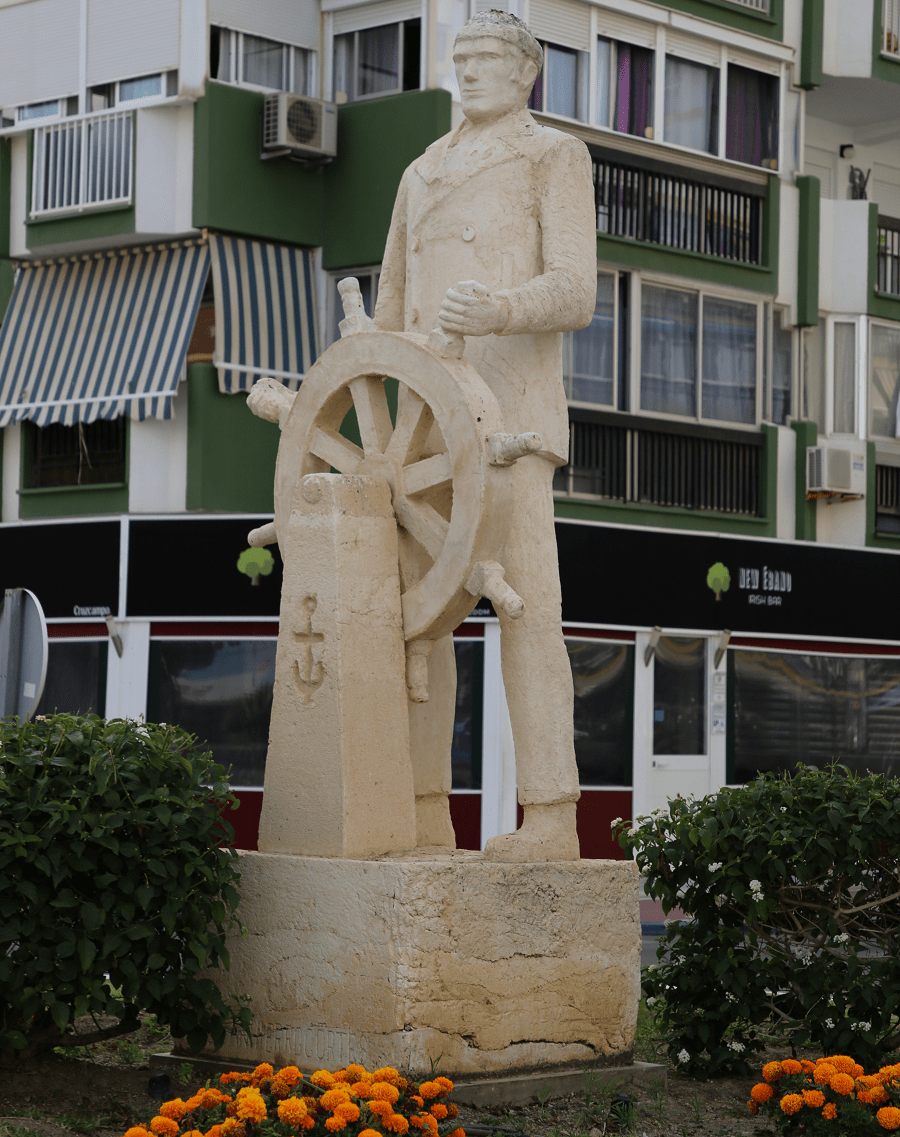 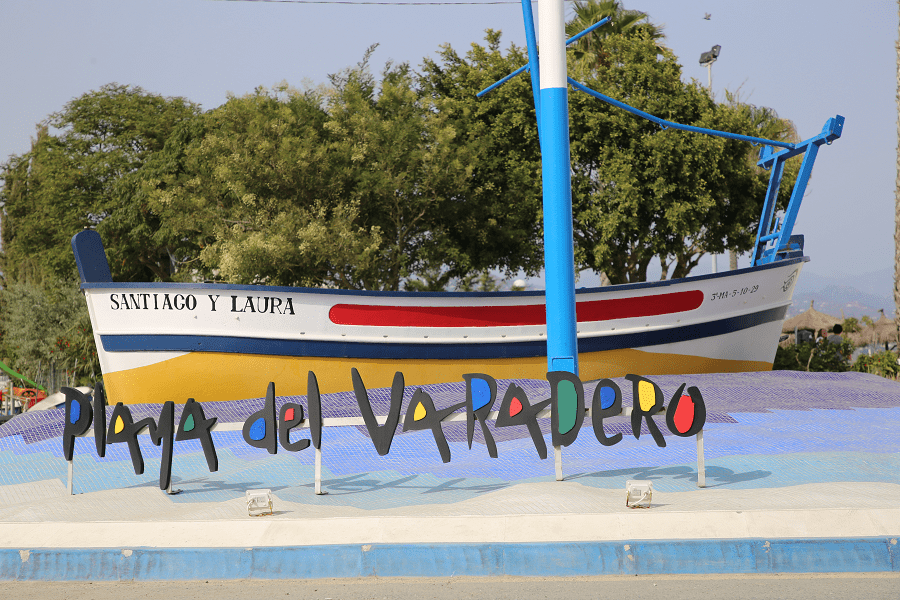 The nearest international airport is in Malaga. 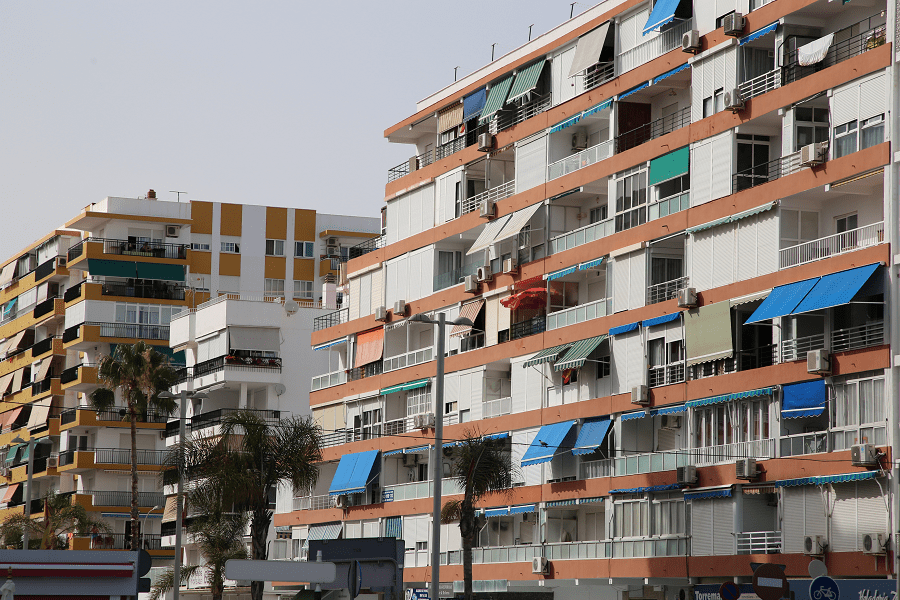 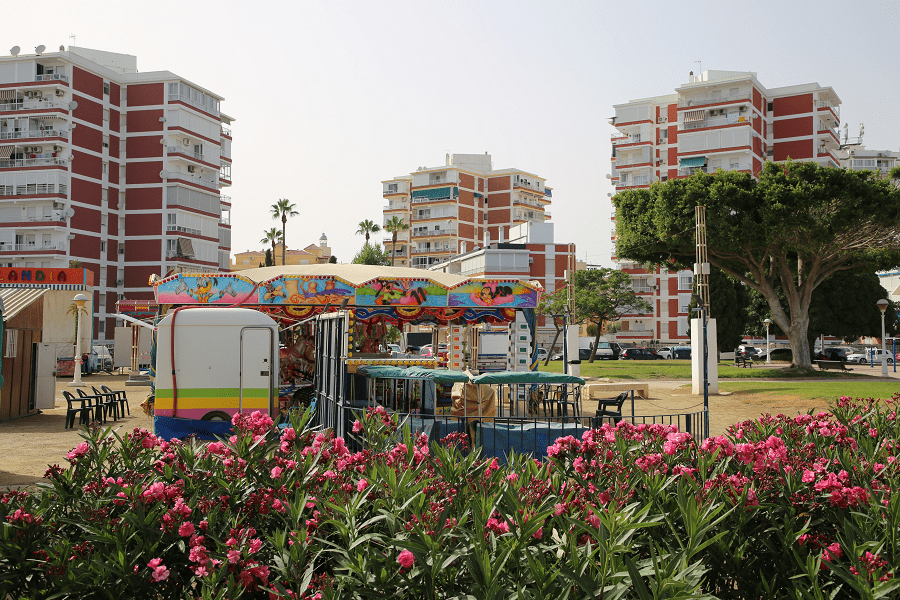