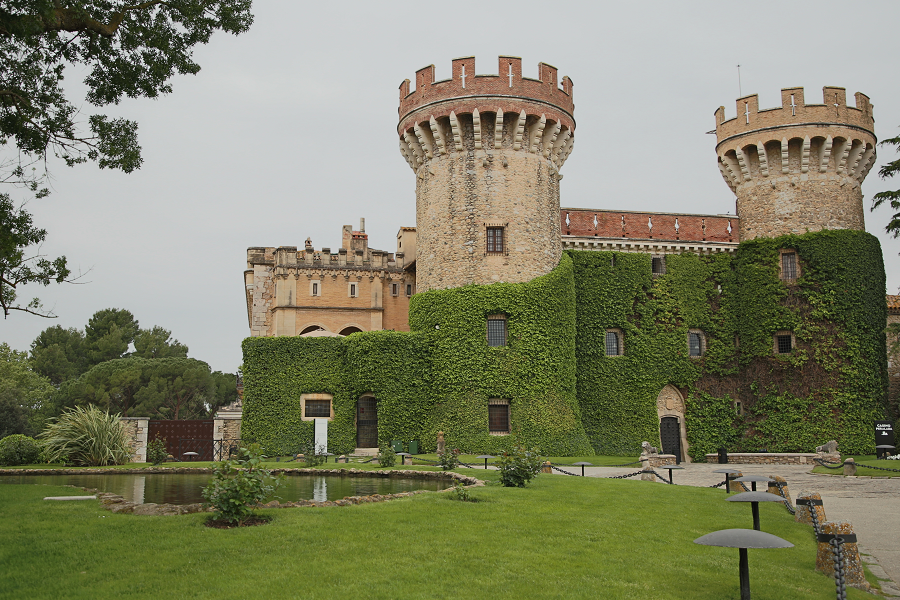 The castle of Peralada (cat. El castell de Peralada) is a monument of the municipality of Peralada (Alt Empordà, Girona province, Catalonia, Spain) declared a cultural asset of national interest. It is a castle already mentioned in the 9th century with the name of Castillo Toló, and it was the center of the county of Peralada. It is located in the current urban nucleus of the town of Peralada, but outside the walled enclosure of the medieval town, on the east side.

It is a building with a rectangular floor plan, with a central square patio, and various rooms and halls located around it. These are covered with gable roofs, while the patio is open. It has a ground floor, first floor and mezzanine. Two circular floor towers are located on the east side, decentered with respect to the angles of the building. They have batter wall base and a coronation decorated with crenels and merlons built with brick and supported by molded stone brackets. The openings on this facade are rectangular and lowered with stone and brick frames. 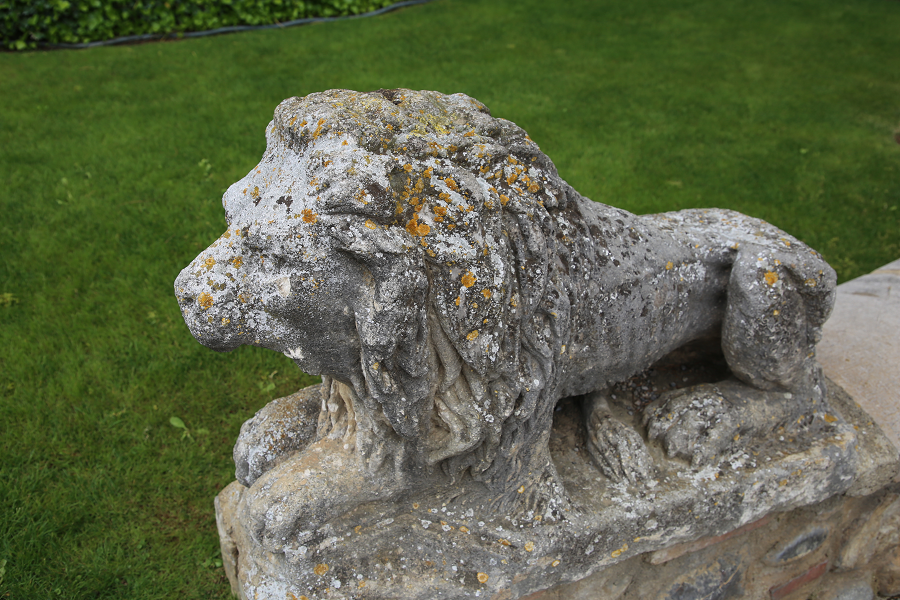 Between the two towers stands out a rectangular pediment of brick, with embrasure openings, repeated also on the battlements.

The main facade is of Renaissance style, oriented to the west. It is built with large ashlars, divided by two horizontal moldings that mark the interior distribution of floors. In the center there is the access door, with a semicircular arch, with two columns on both sides with Corinthian capitals. Above it, the entablature has a central alabaster amphitheater of Rocabertí, very damaged, framed by scrolls. The openings on the facade are rectangular, with mullions decorated with scrolls on the first floor and a gallery of semicircular arches on the mezzanine. 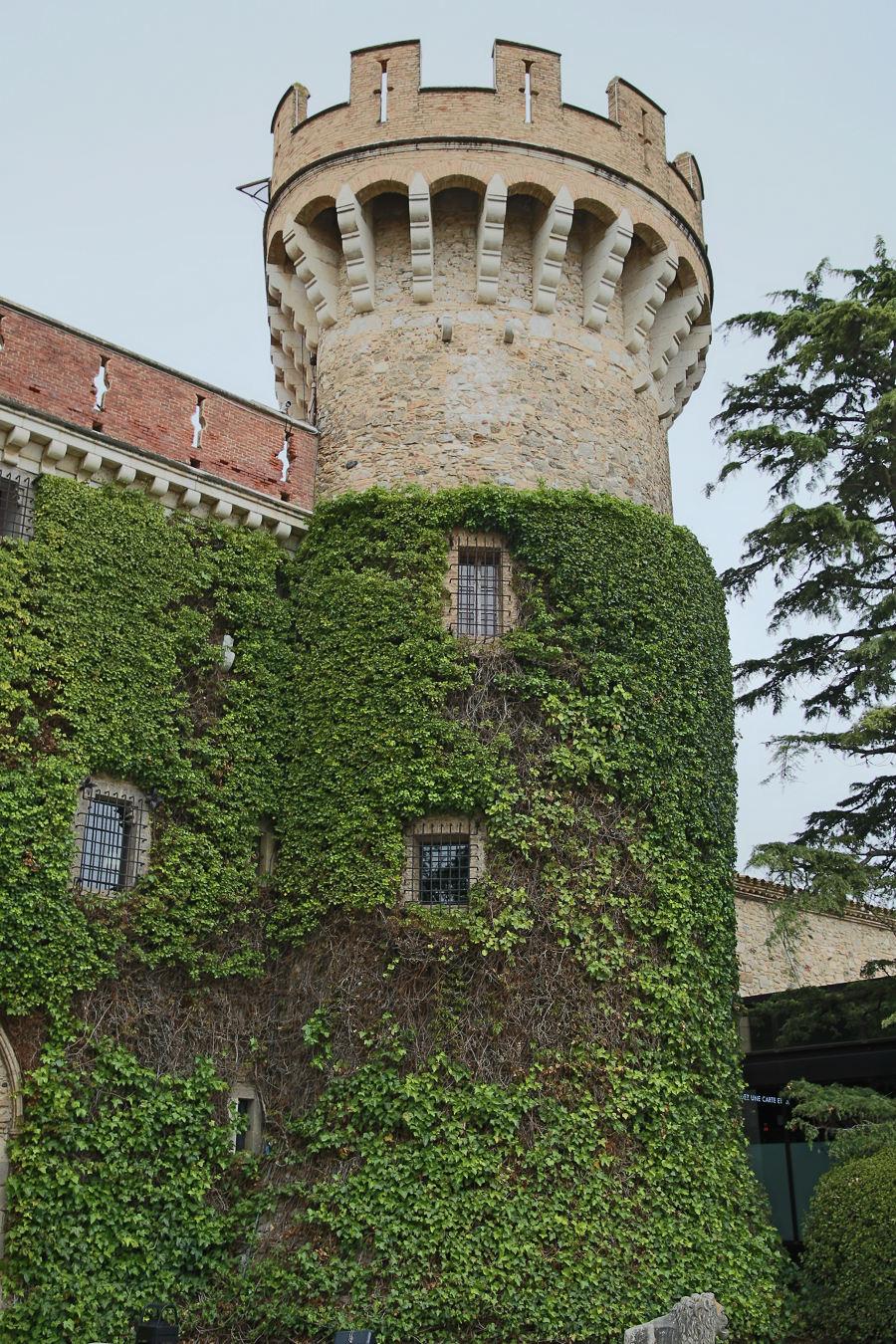 The south facade is quite different and it has all the rectangular openings framed with stone ashlars, except the access door to the interior that has a segmental arch. On the ground floor there are four large exterior facing windows and on the first floor five balconies with molded railing and deck supported by corbels. The facade is crowned by a decorated merlon crowning, supported by a row of semi-circular arches arranged as corbels.

The wall is made of stones of various sizes, tied with mortar, with corners built with polished ashlars. 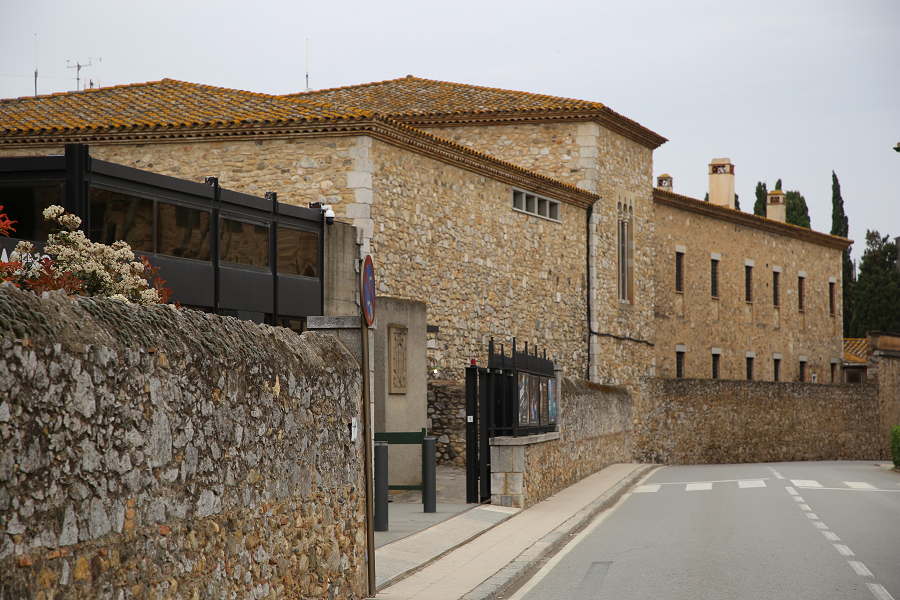 In the northern part of the complex there are three large rectangular buildings, which are used for several current functions of the castle. The North facade stands out in this set, with two large gothic crown windows and a monumental door to the garden of the castle. The whole complex is surrounded by a large garden, it communicates with the lands of the Carmen convent through a bridge, built in the 19th century. 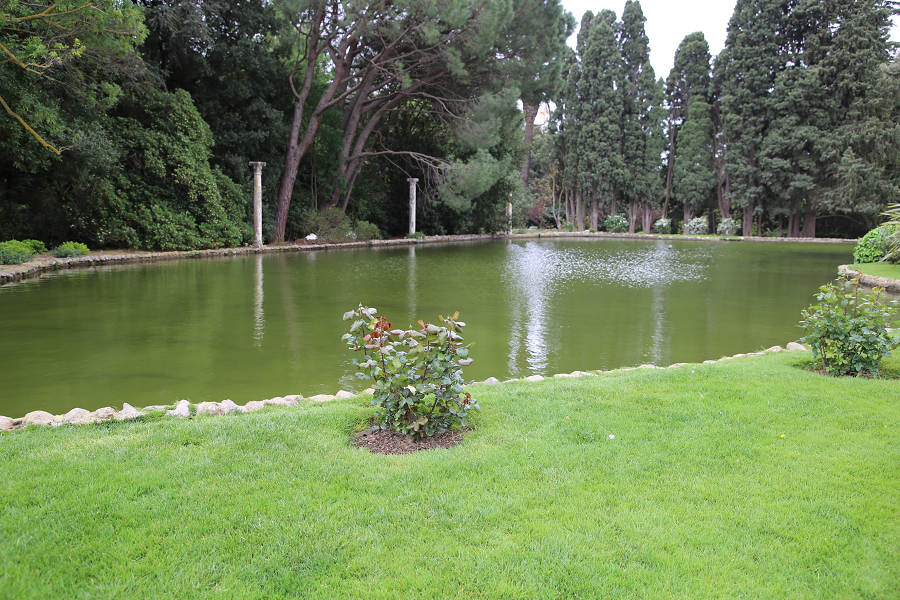 The current palace was built after the fire that affected it in 1285 during the French invasion of the Empordà, in the Crusade of Philip III against Catalonia. It must have been the viscounts of Rocabertí who decided to move the location of the palace outside the walls. By the 14th century the construction of the Gothic palace began, although there are few vestiges of the original construction, since over the centuries it has been restored several times.

Many of these were carried out in the 16th-17th centuries. Subsequently, in the 18th century, the interior is reformed and as of 1875, the last Viscounts of Peralada commissioned a remodeling project to the French architect, Grant. The dynasty of the viscounts of Peralada started with Berenguer, son of Count Ponç I d’Empúries, who, when his father died, became Lord of Peralada. Later, the viscounts took the surnames of Quermançó and Rocabertí. This period corresponds to neo-medieval interventions and the garden, designed in 1877 by François Duvilliers. 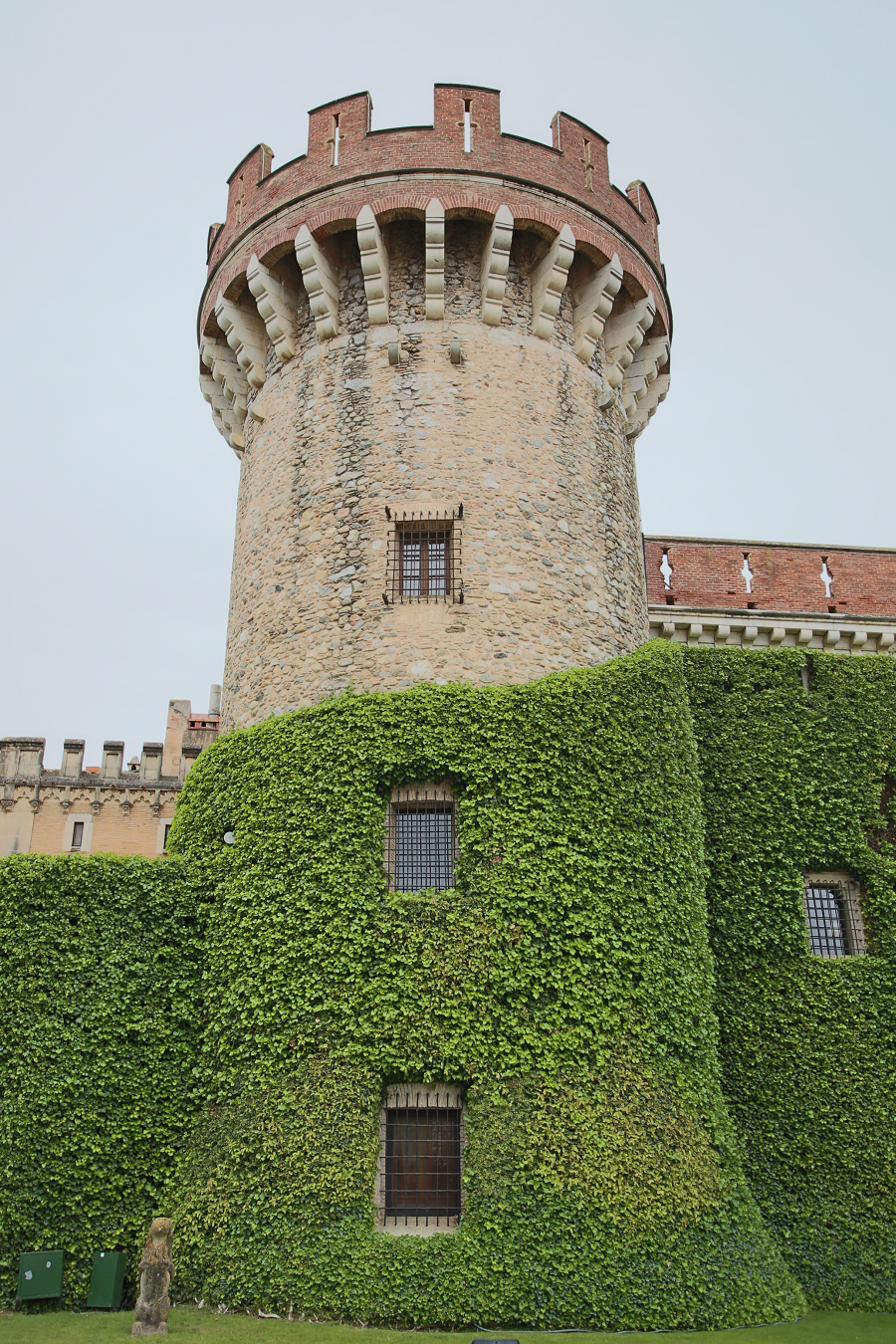 In the middle of the 14th century, a second, new, wider curtain wall was built, and the new Rocabertí palace was built extramural. In 1472, during the war of the Remences, King John II invaded and occupied the castle again and years later, in 1599, the viscount Francesc Jofre de Rocabertí was nominated as Count de Peralada by Philip III of Castile.

It has been subject to various reforms and extensions. The eastern facade is Renaissance-style and at the end of the 19th century it was expanded again, under the direction of the French architect Grant. It is surrounded by a large garden. 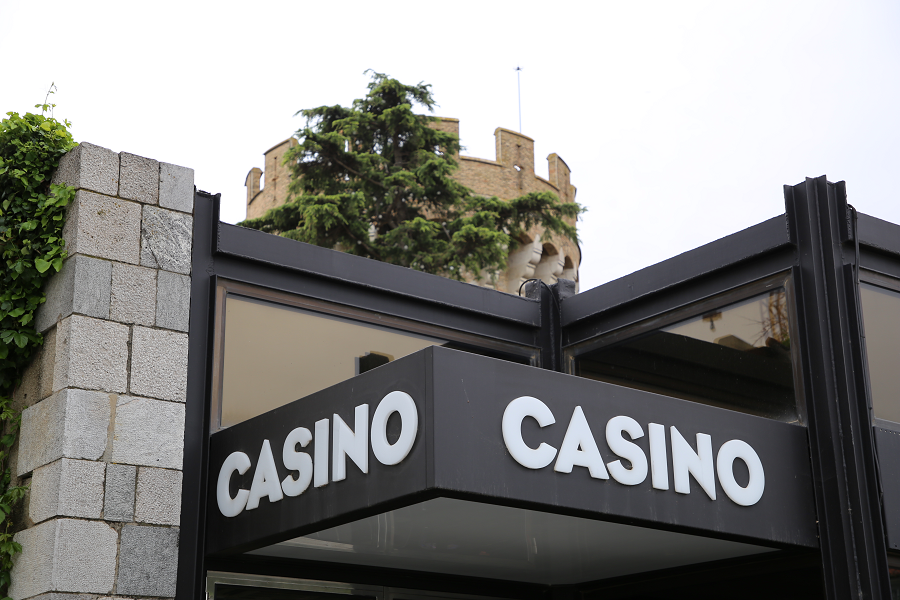 The palace was acquired in 1923 by Miquel Mateu i Pla, who placed here a remarkable collection of art (crystals, ceramics, paintings, books, manuscripts) and sponsored the publication of the books of Peralada Library. Today, the property remains in the hands of the Mateu family and can not be visited in its entirety. However, there is a casino in one part of the castle, and the gardens are open in July and August on the occasion of the International Music Festival of Peralada. There is also the Museu del Castel de Peralada located in the neighboring convent of Carmen, currently belonging to the same property as the castle.