The castle of Montmelas and its wineries • All PYRENEES · France, Spain, Andorra 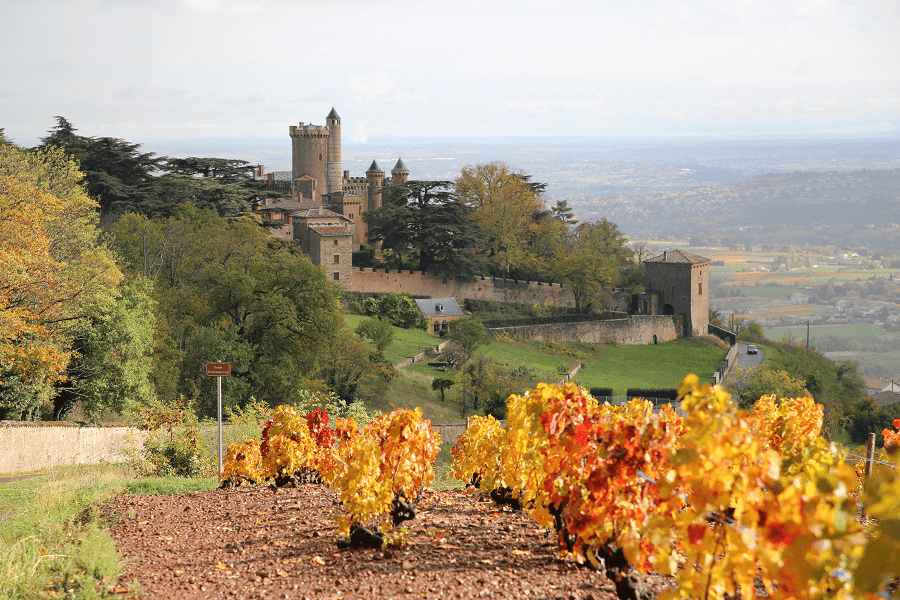 Château de Montmelas is a former fortified castle, rebuilt in the thirteenth or fourteenth century, and restored in a neo-Gothic aesthetic in the nineteenth century, which stands in the town of Montmelas-Saint-Sorlin in the Rhône department in the Auvergne region Rhône-Alpes. Located about 40 minutes by car from Lyon. 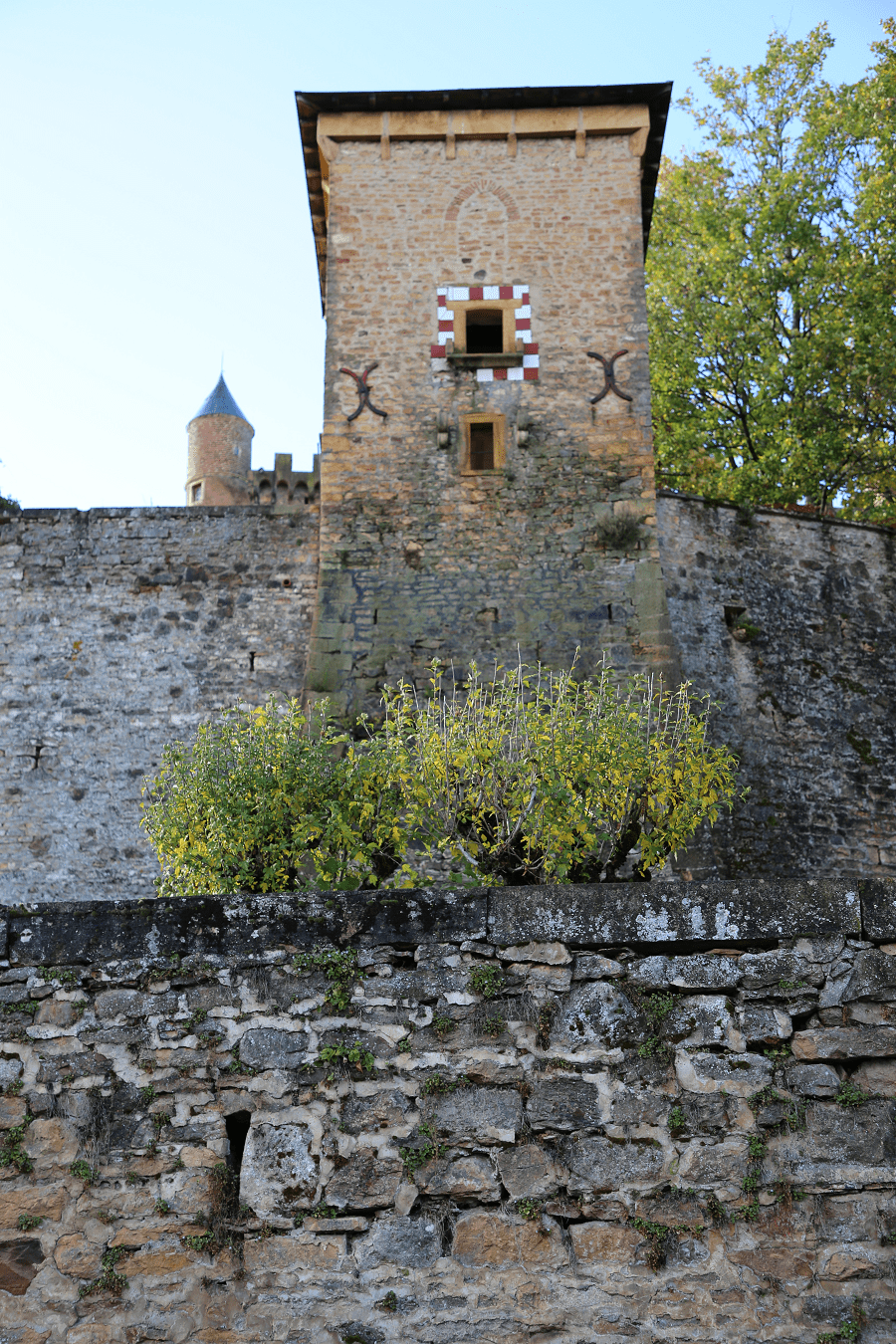 First mention of the castle dates to 977. 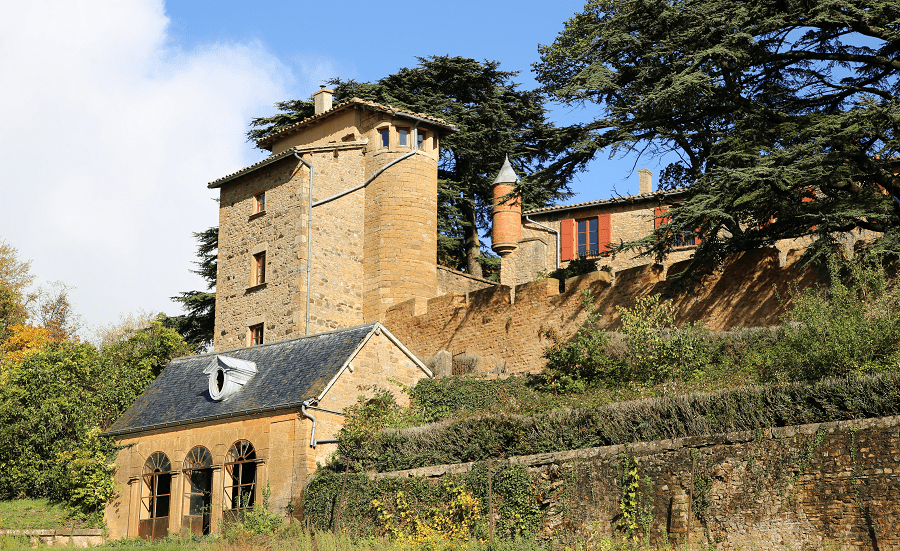 In the eleventh century, the stronghold belonged to the lords of Beaujeu. 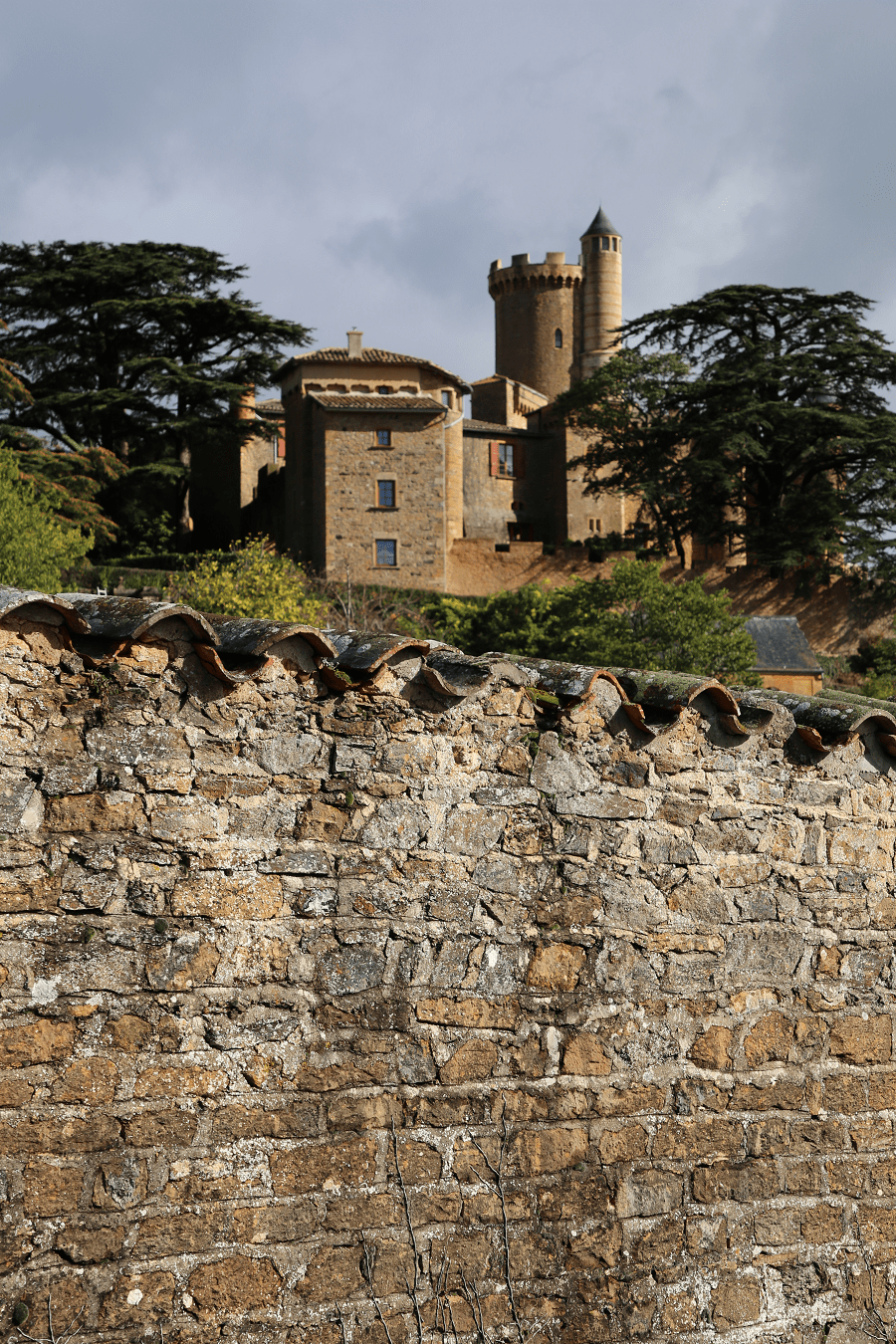 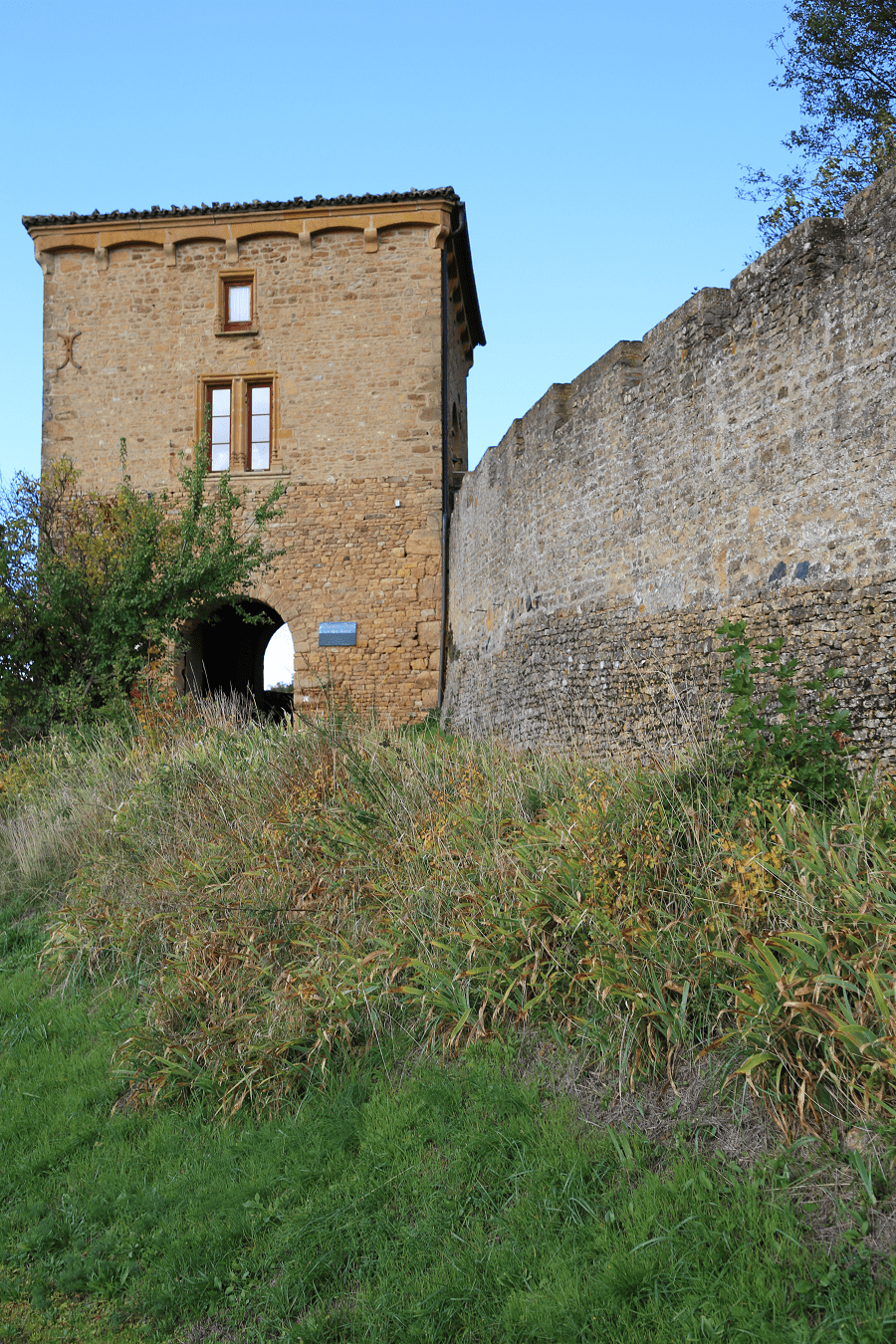 In 1520, the stronghold belonged to Anne de France, Duchess of Bourbon, daughter of Louis XI and widow of Pierre de Bourbon, Sire of Beaujeu. Their daughter, Suzanne de Bourbon, married the Constable of Bourbon. The bourbons sell the seigneury to Philibert de Crozet. His widow sold the fiefdom to Philibert d’Albon Beaujeu, baron de Lignières. 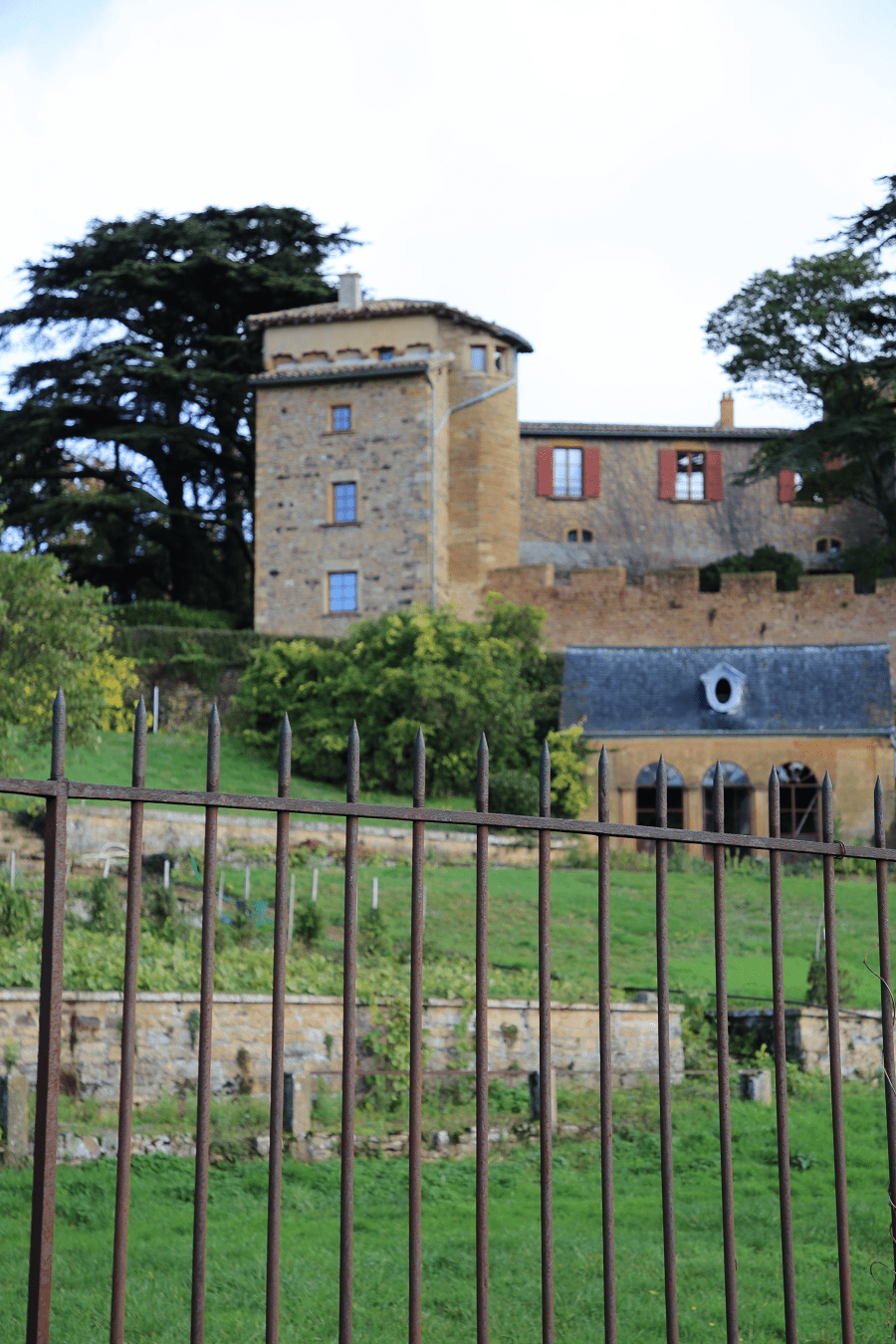 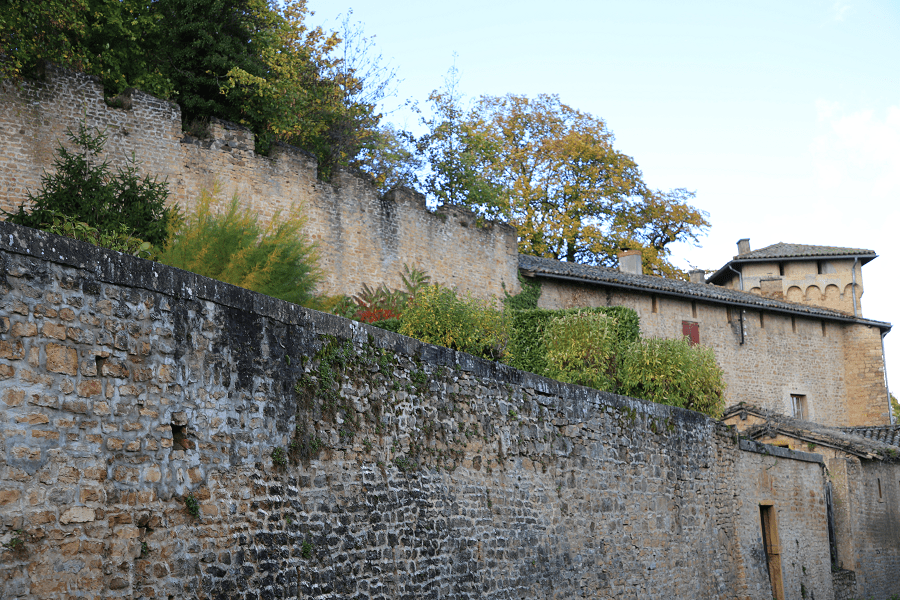 Now the property is a wine estate. It is closed to visitors. All of the buildings and gardens were listed as historical monuments on June 29, 2000. This includes the formal garden as well as the castral enclosure, the castle, the outbuildings, the towers, the porches, the chapel and the courtyards, the castle farmyard, the cuvage and the pantheon.