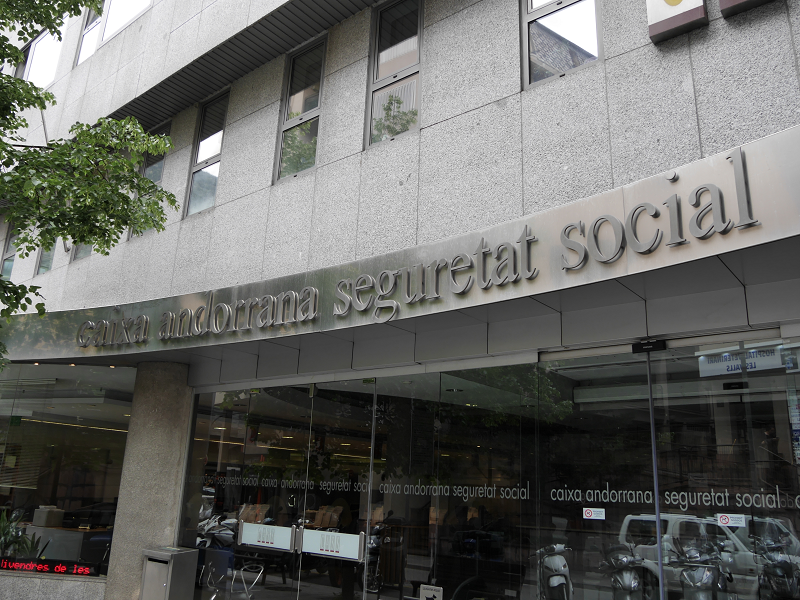 All employees and members of their families have the right for medical service in Andorra within the bounds of state system of social security (CASS, CaixaAndorrana de Seguretat Social) that is financed by the fees of employers and employees, in proportion to the wages. 75% of medical service cost is covered by the insurance in case of out-patient treatment (the expenses for medicines and for the visits of doctors), 90% in case of hospitalization and 100% in case of accidents at work. The rest of expenses may be covered by the private insurance policy. Other citizens (passive residents, in particular, and tourists) need a private medical insurance. The cost of 1-year-long medical insurance makes up 700 euro.

The system of social insurance was launched in Andorra in 1968 and is regulated, as it was mentioned above, by CaixaAndorrana de Seguretat Social (CASS).  On 10th October, 2008 General Council endorsed the Law  17/2008 about Social security that came into force on 11th November, 2009. One of the key alterations of new legislation is related to the fact that CASS maintenance will be obligatory not only for employees and retirees, but also for small entrepreneurs. New system also presupposes significant improvements of social bonuses and settles new bounds of social security contributions. For employees such contributions will vary from 5.5% up to 10.5% of their wages, the rest (14.5%) will be paid by the employer. The amount of contributions for entrepreneurs will make from 20% to 25% of the average monthly wages of budget sphere employees that contribute in CASS within the ongoing year.

The Law 25/2011 from 29th December, 2011, amplifying the Law 17/2008 from October, 3 About Social Security, is aimed  at the improvement  of social security system and healthcare services for problematic groups as well as for rationalizing of expense objects.

The Law 34/2008 from 18th December, 2008 that regulates healthcare and security at working places, contains major protection principles, settled in many other European countries. The goal of this law is to avoid risks at work  and to protect health and security of employees by means of complete elimination or diminishing of risk factors, by the information quality improvement,  by consultations and trainings for employees, and also by teaching them the major principles and measures of working place security level improvement.

The goal of the Law About Labor Relations Regulations from 18th December, 2008 is to accumulate into one text all the clauses of the Law 8/2003 from 12th June, 2003 (that regulates labor contracts), and also new issues: regulation of collective representation rights and delegation of employees with  the powers to call meetings and discuss collectively working issues. This law came into force on 18th March, 2009.

The Prescript about Social Payment Regulations from 16th February, 2011 cuts down on the period of carrying the status of resident for getting social payments with the purpose of major expenses coverage and increases the level of legal  security, settled  in line with  the Prescript about Social Payments  from 23d June, 2010. These bonuses are paid to the employees that were fired contrary to their free will, participate in professional trainings and accept all job offers (that correspond to the professional skills and the level of qualification).

The major hospital Nostra Senyora de Meritxell is located at  Escaldes-Engordany, Av. Fiter I Rosssell, 1-13. There are 12 centers of first medical aid in the country.

– Deposit a sum not less than 180 monthly payments to a Pension fund.

How is the sum of age-based (65 years) retiring pension calculated?

The following factors must be considered:

– The point selling price (SP): It is the price of purchased pension points which is regulated by the Law on the Budget.

Pension points of a person, who was insured after 1/3/2015, are calculated as follows:

Calculation of pension with points, purchased before 1/03/2015

Calculation of pension with points, purchased from 1/03/2015 until a retirement date

– If pension points are equal or less than PP1:

– If pension points are higher that PP3:

When it is appropriate to make an enquiry about age-based pension.

Therewith, the right to receipt each of monthly payments stops three years after expiration of a corresponding period.

If you still work, you are not entitled to the age-based pension after 65.

An insured person, after attainment of the age of 65 years, has a possibility to choose pension receipt delay, provided always that the person will forward deposits to general fund and pension fund until the moment of real retirement.

How is the pension capital calculated?

In accordance with his/her choice, insured person is a recipient of an age-based pension that is equal or less than 5% minimum legal wage.

Renewed in accordance with CPI, sums of deposits are refunded to insured person.

Mean value of French and Spanish CPI is applied to update previous deposits.

– Eligibility for payment comes into effect since an insured person makes a request upon the attainment of the age of 65.