Sanction procedure in Andorra • ALL ANDORRA 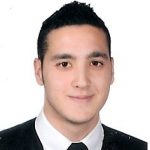 “The framework of the tax penalties in the Andorran jurisdiction is regulated in the “Llei de Bases de l’Ordenament Tributari“, specifically in the Decret legislatiu of 29-4-2015 of publication of the text refós de la Llei 21/2014, of the 16 of October, of bases of l’ordenament tributari. ”

Title IV of the aforementioned law is named “Potestat Sancionadora” (Sanctioning Power), and includes from article 118 to article 135, which are divided into 3 chapters. It establishes the principles of sanctioning power; the concepts and modalities of tax offenses and penalties; and the competent bodies to impose sanctions.

The guiding principles of the sanctioning power establishes that, unless proven otherwise, there is a presumption of good faith in the actions of the taxpayer, and it is the Administration who must prove the concurrence of the circumstances that determine the culpability of the offender and the degree of gravity in the commission of the infractions.

Any action or omission which constitutes an offence does not give rise to liability for tax infraction if the necessary diligence has been put in its fulfillment. Among other cases, this requirement is deemed to have been complied with when it has been acted upon a reasonable interpretation of the rule or when the taxpayer adjusts its performance to the criteria stated by the Administration in response to a query made by the Administration or by another taxpayer whose fact situation is assimilable.

Besides that, it is established that in the voluntary regularization of the tax situation of a taxpayer, no liability is incurred for tax offenses, without prejudice to the surcharges of Article 2 (due to late submission). Note that any regularization after notification of commencement of verification or investigation by the Administration does not exempt the responsibility.

The infringements are classified as simple or fraudulent.

– Simple infringements apply when there is a breach of tax obligations but they do not constitute an infraction due to fraud.

Simple infringements may be penalized by a fixed fine of between €150 and €3,000 unless otherwise provided by the regulations of each tax.

– Fraudulent infringements require an intentional or guilty action or omission, with any degree of negligence, that cause economic damage to the Tax Administration.