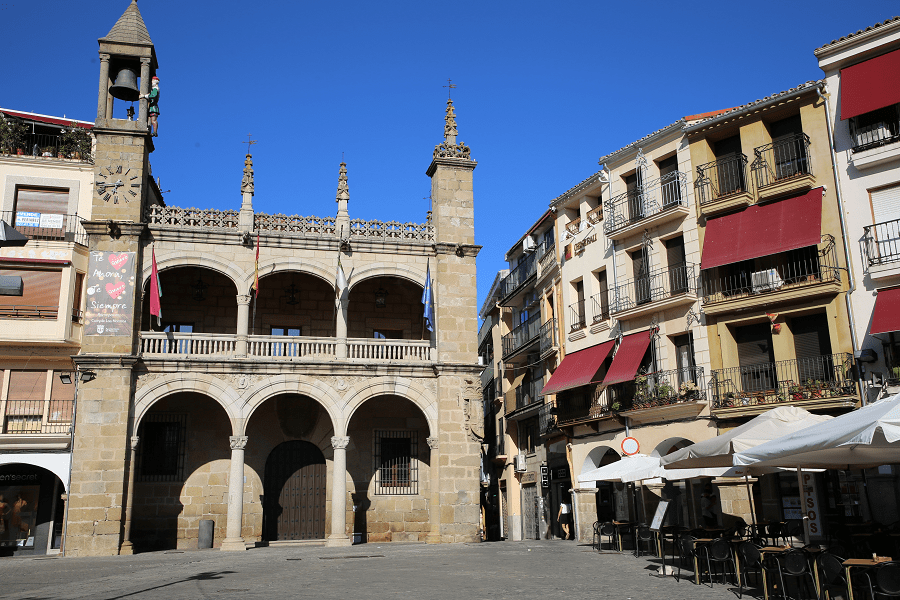 Plasencia is a city and municipality in the province of Cáceres, located in the north of the autonomous community of Extremadura (Spain).

The economy of the municipality is based mainly on the service sector, since in the city there are more than a thousand commercial establishments. Tourism is important, since its historical complex is declared an asset of cultural interest and the city has two declared festivals of tourist interest: Tuesday Major and Holy Week. 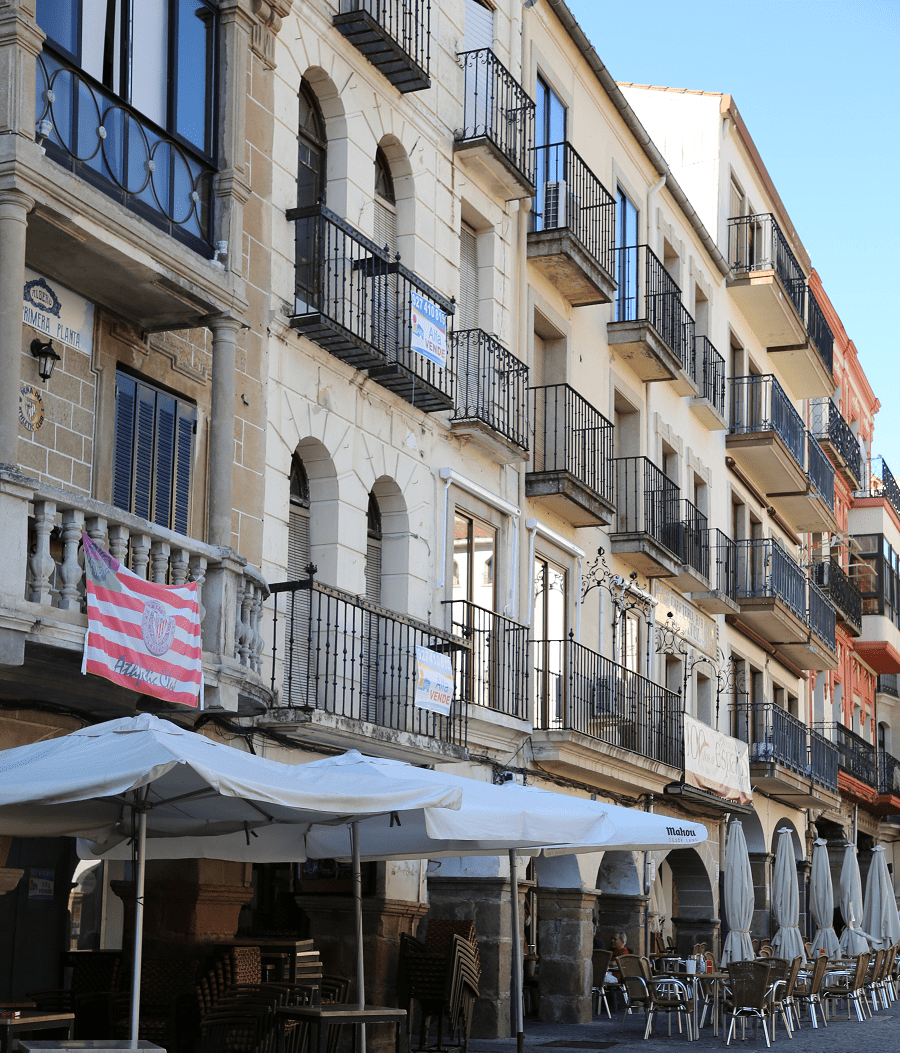 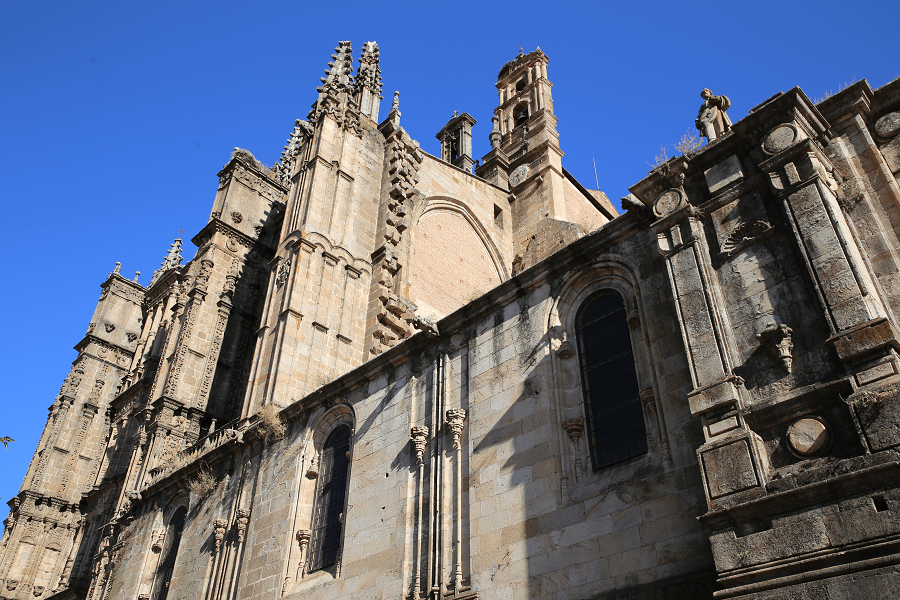 In October 2008, the city of Plasencia presented a joint candidacy with Trujillo, the Monfragüe National Park and the Extremadura pasture for the declaration of World Heritage Site by Unesco. The candidacy was included in October of that same year by the National Council of Historical Heritage in the indicative list of places that are eligible for said appointment. However, in July 2009 the Historical Heritage Council decided that the Spanish candidate for said nomination consideration would be the Sierra de Tramontana. 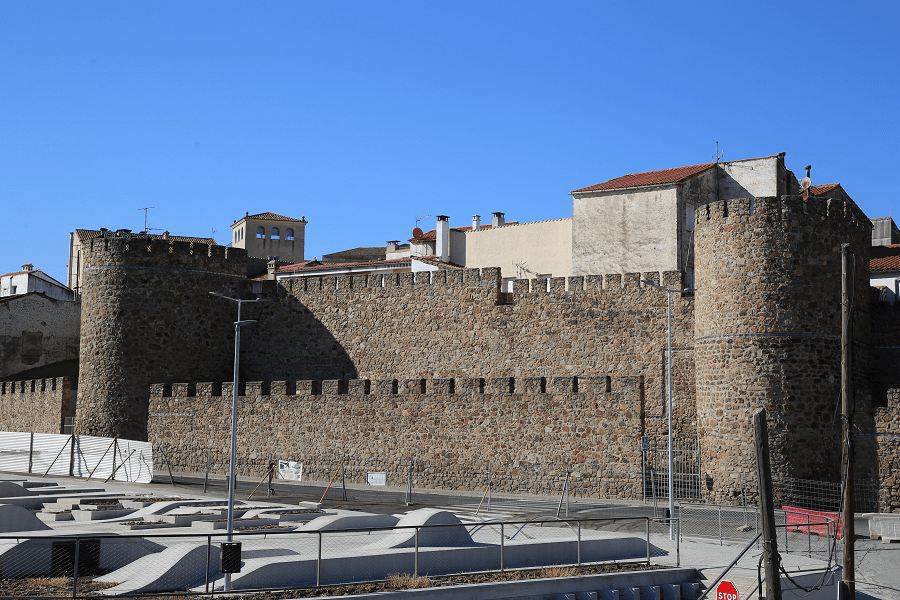 Plasencia is the seat of the diocese of the same name and there are two cathedrals in the urban area of Plasencia: the old cathedral and the new cathedral. The first was built between the 13th and 14th centuries, in a Romanesque style and with architects such as Juan Francés, highlighting its chapter house. 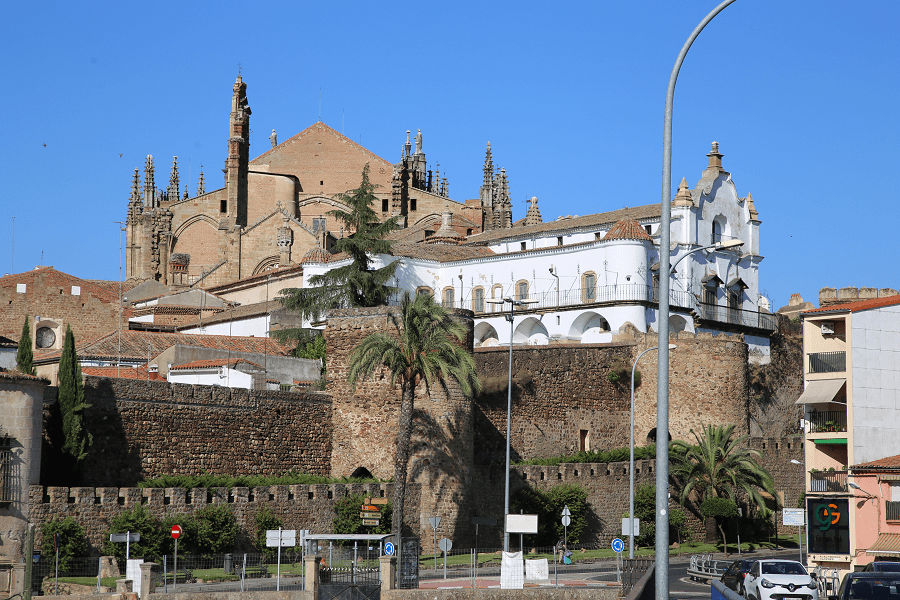 The new one, designed at the end of the 15th century and directed by architects such as Juan de Álava, Francisco de Colonia, Covarrubias, Diego de Siloé and Rodrigo Gil de Hontañón, originally intended to replace the old cathedral, but due to various problems the works were stopped in 1760. Of this new cathedral, the choir by Rodrigo Alemán and the main altarpiece by Gregorio Fernández stand out. 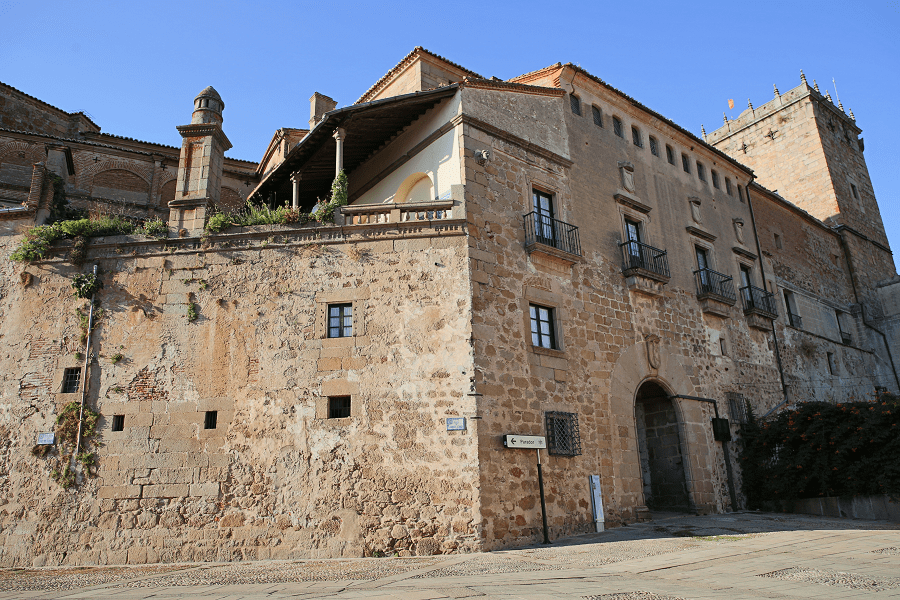 Within the diocese, the municipality has 13 parish churches, of which there are 11 in the city: Risen Christ, El Salvador, Our Lady of Guadalupe, Our Lady of the Pillar, San Esteban, San José, San Miguel Arcángel, San Pedro , Santa Elena, Santa María de la Esperanza and San Nicolás el Real. To these 11 we must add the church of San Gil, in the town of the same name and the church of Nuestra Señora del Puerto in Pradochano. 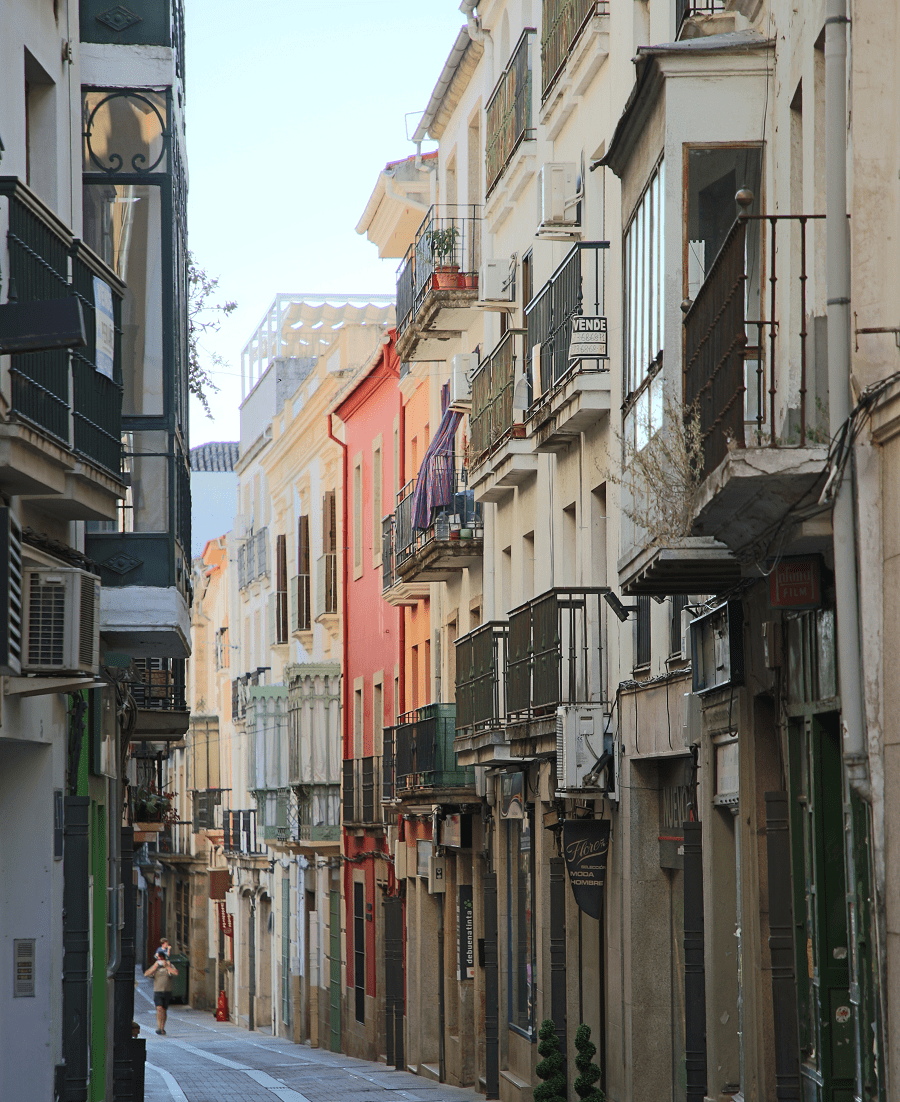 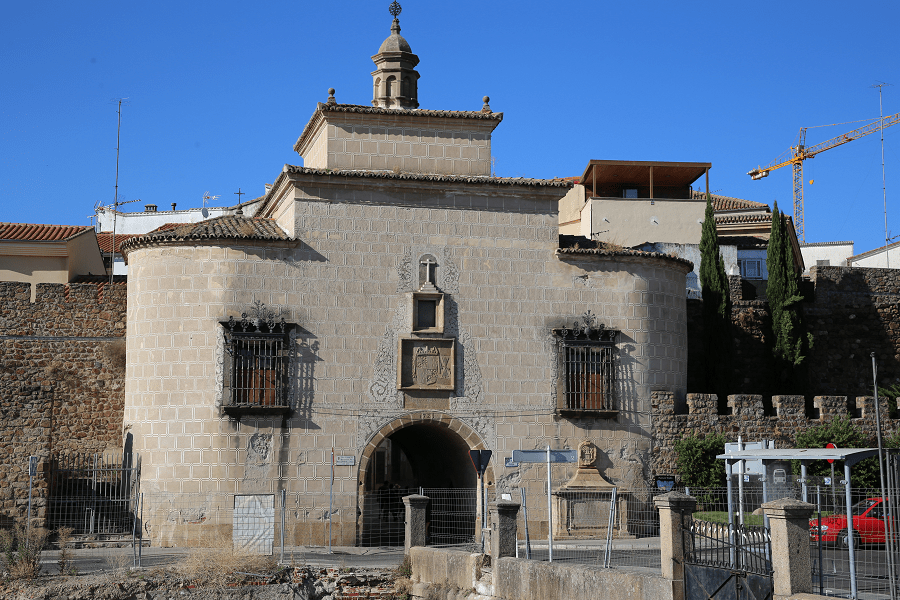 As for the hermitages, the hermitages of La Salud, Santa Elena and San Lázaro stand out. In addition, there are remains of the hermitage of Santo Tomé, based on a primitive mosque. 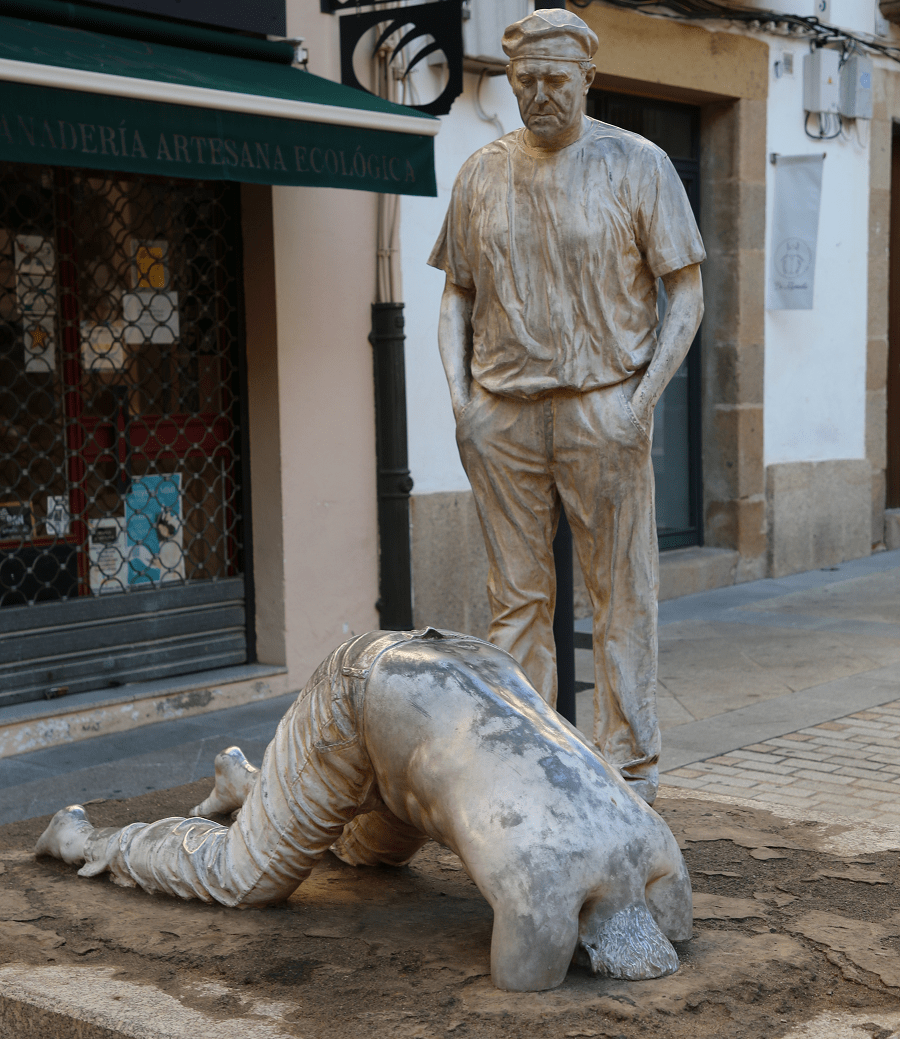 To the churches and hermitages we must add convents such as those of the Claras, the Dominicans, San Vicente de Padres Dominicans, the Capuchinas, the Ildefonsas, the Carmelitas and the Franciscans. The Dominican convent stands out for hosting the Parador Nacional de Plasencia.

Other religious buildings are the old Casa de la Salud used as the headquarters of the UNED, the apse of La Merced and the sanctuary of the Virgen del Puerto that houses the carving of the patron virgin of Plasencia. 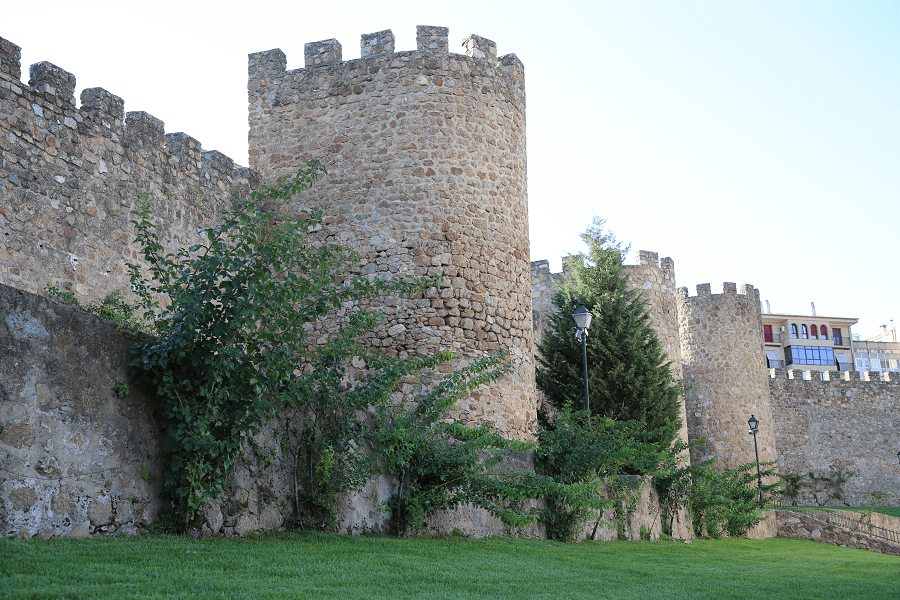 Next to the wall there are remarkable constructions such as the Torre Lucía, a tower in whose upper part a bonfire was once lit at night, being used as a beacon for walkers who approached the city. 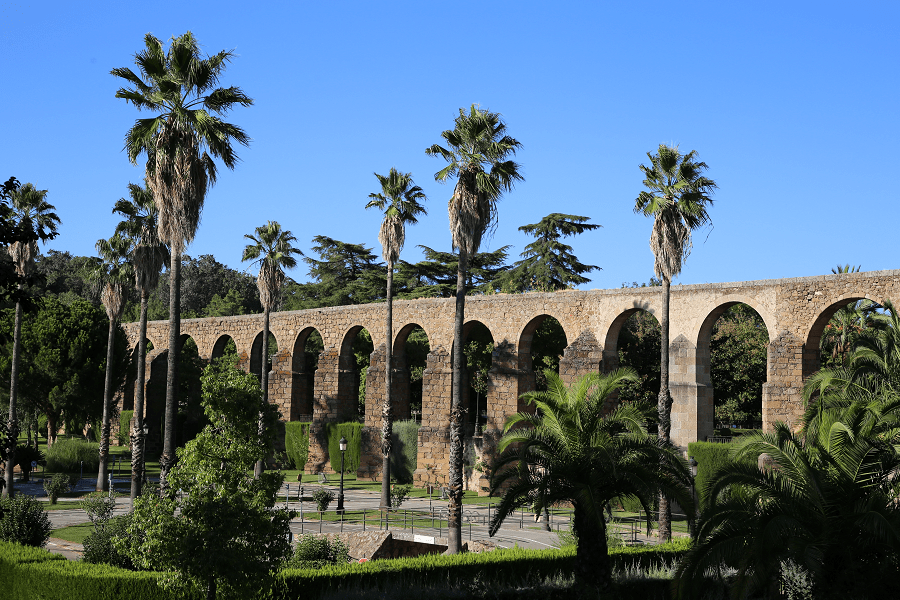 As a result of having been inhabited in the past by various noble families, the city preserves a significant number of palaces and stately homes. Among the palaces, the palace of the Marqués de Mirabel, the municipal palace, the Monroy palace or Casa de las Dos Torres, the Almaraz palace, the Carvajal-Girón palace and the episcopal palace stand out. The main stately homes are the Dean’s house with its annexed house of Dr. Trujillo, the house of the Infantas and the house of the Argollas. 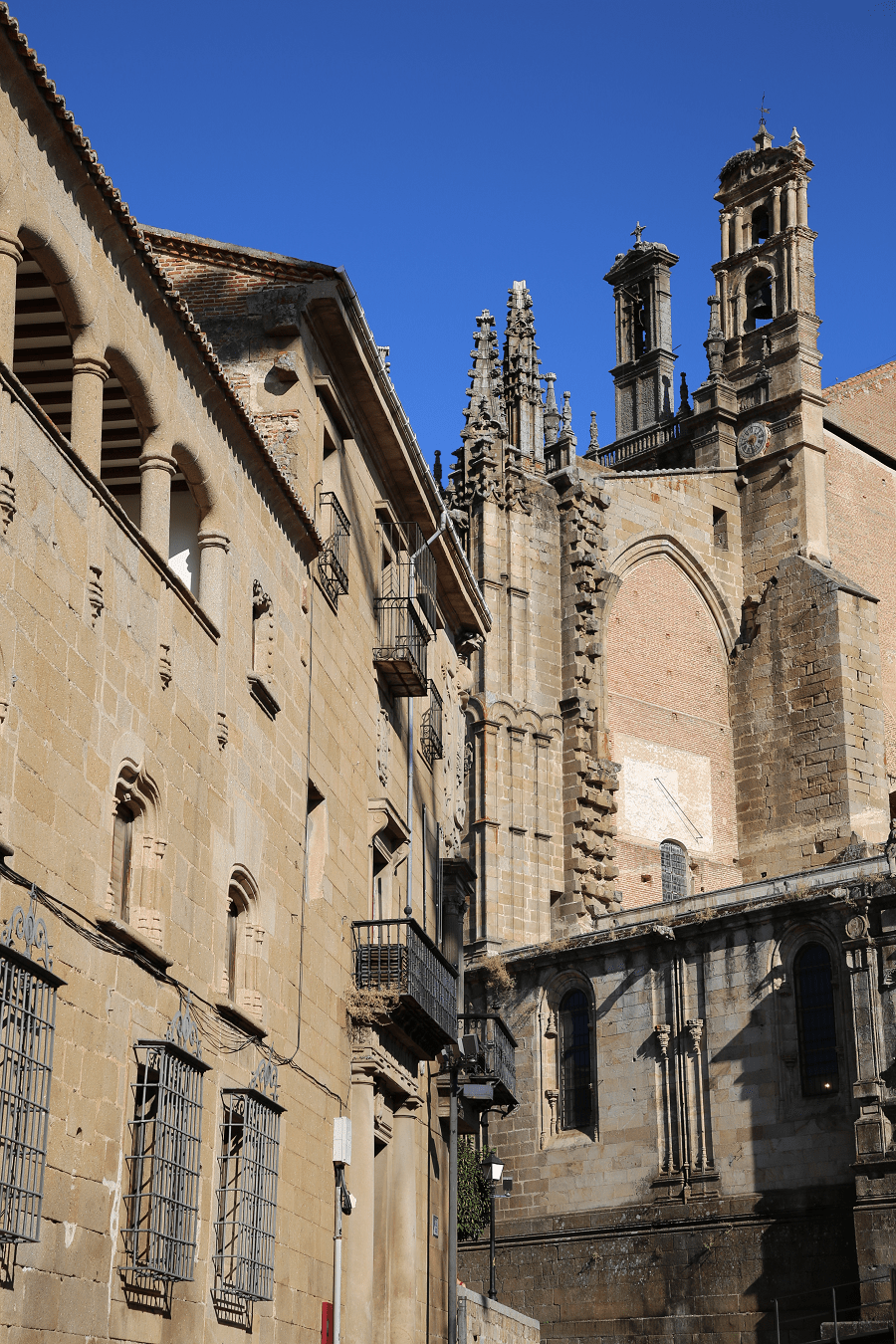 Other notable buildings are the old teaching centers. During the 15th century, several higher education centers were founded in Plasencia and in 1446, at the request of Bishop Juan de Carvajal, the first university studies in Extremadura were created in Plasencia. Among the historic educational buildings is the aforementioned headquarters of the UNED, which was a Jesuit convent, and the Plasencia campus, which was a school for orphan girls and later a military barracks. 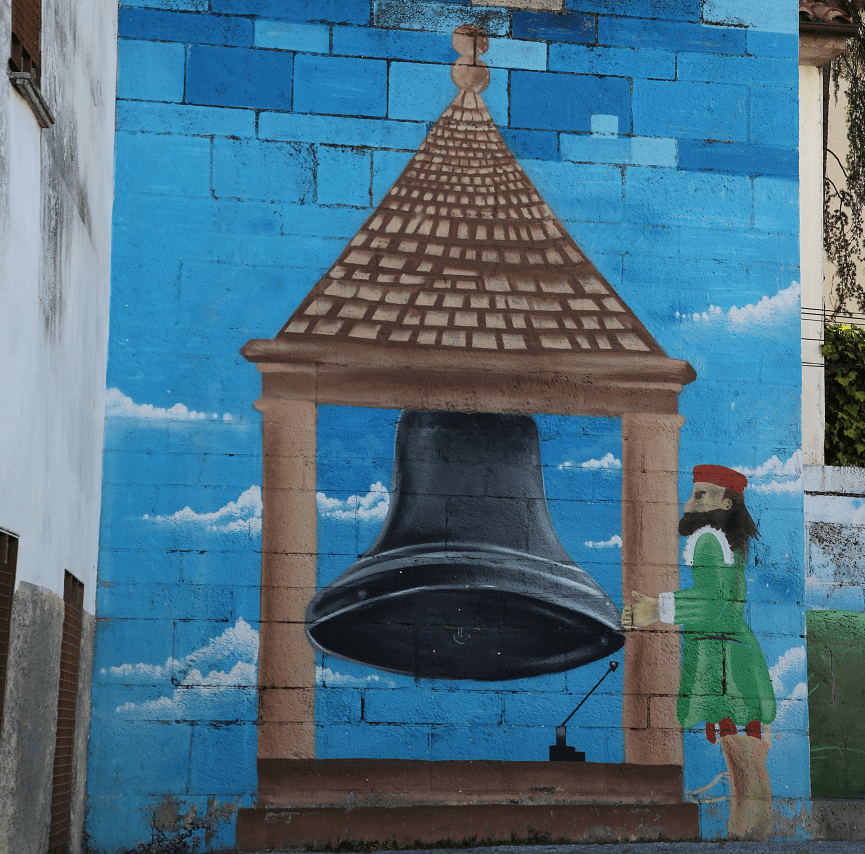 There are also remains of some hospitals in the city that, despite the fact that in modern times they are dedicated to other uses, they once had an outstanding importance in the development of the health activity of the city and its council. There are medieval hospitals such as Sancti Spiritus, Santa María, San Marcos, Arcediano and La Merced, as well as more modern buildings such as the Convalecencia and San Roque hospitals. 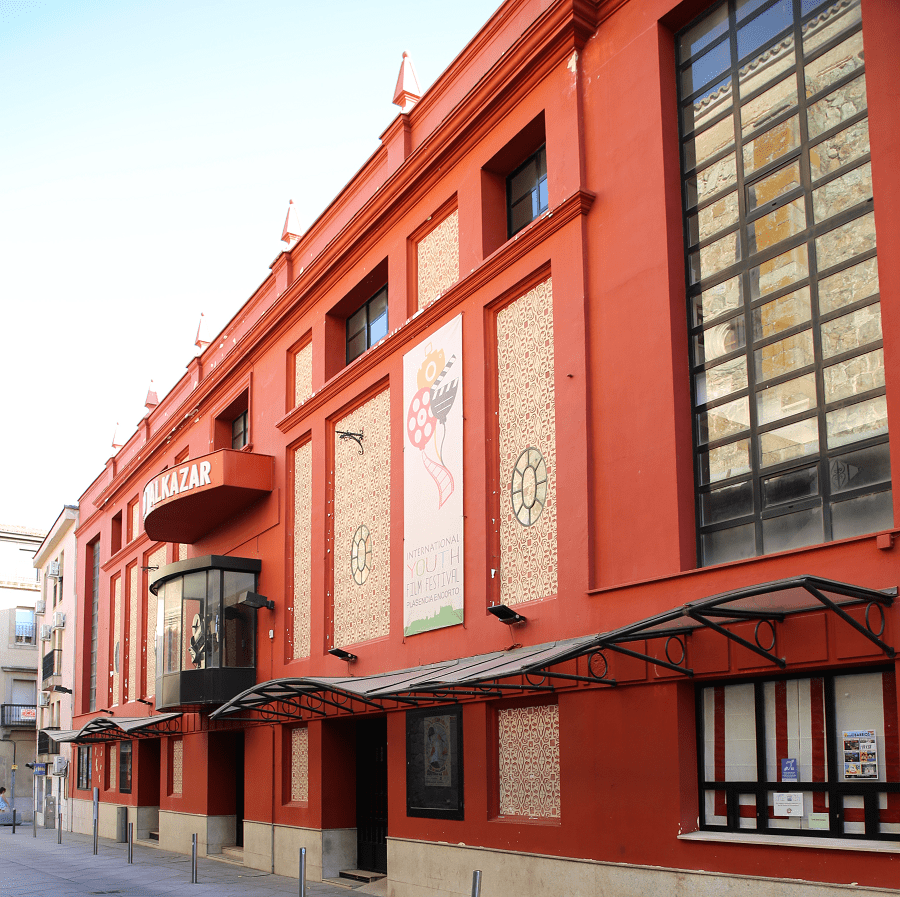 Other civil buildings are the Alhóndiga house used as a youth information center, the old 17th century jail and the old flour factory acquired in 2008 by the city council.

The medieval aqueduct of Plasencia was built in the 16th century, replacing another work from the 12th century. It brought water to the city from Cabezabellosa and El Torno. Several arches are preserved, most of them in the San Antón neighborhood, which are known as Arcos de San Antón. Other arches remain standing in a picnic area next to the hospital. 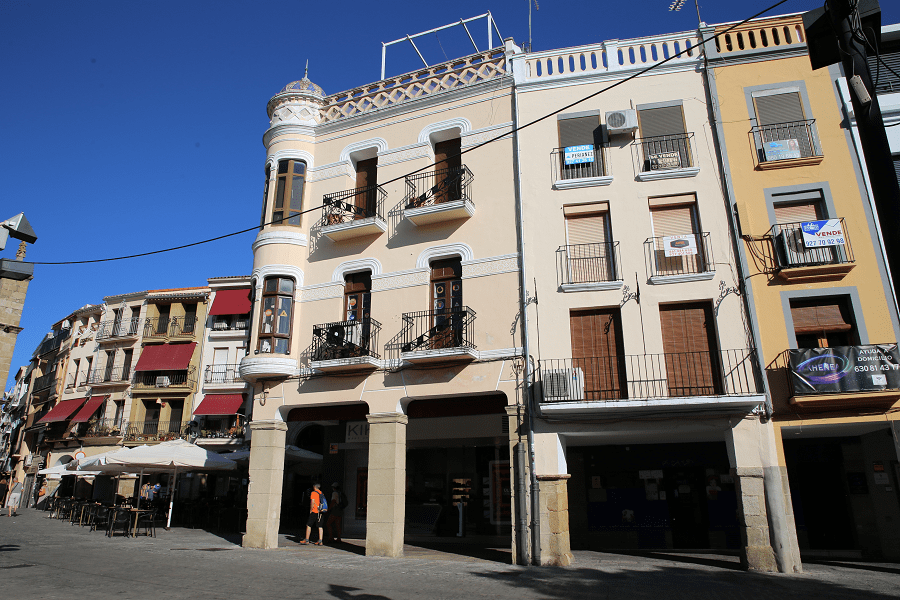 In the city there are three monumental bridges that cross the river Jerte as it passes through the city. One of them is the New Bridge, designed by Rodrigo Alemán and which was built in the 16th century as an entrance to the city from La Vera and the Jerte Valley, having a coat of arms of the Catholic Monarchs and a niche with an image of the Virgin de la Cabeza. 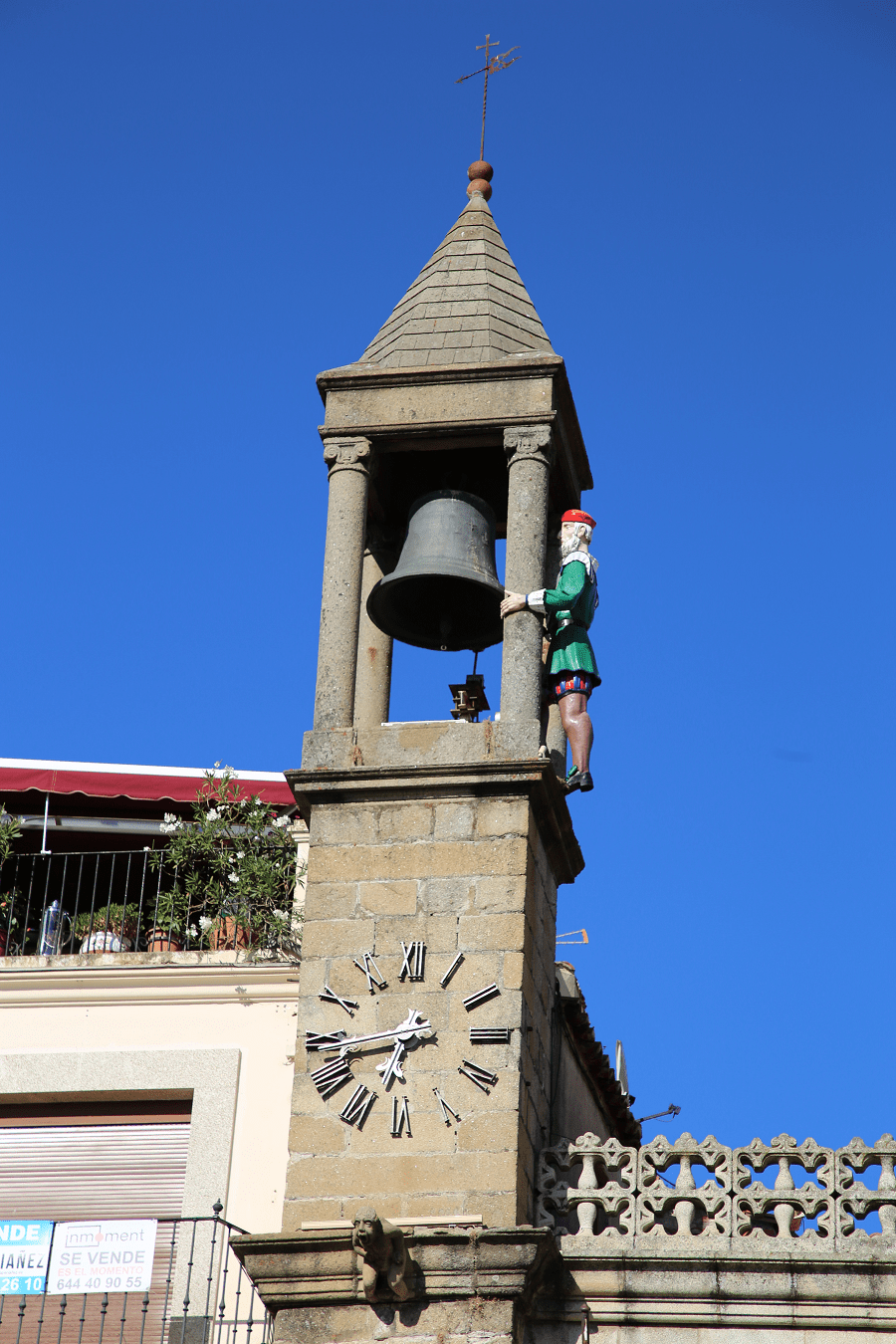 The oldest bridge is the San Lázaro bridge, located next to the homonymous hermitage and built in the 16th century in a Gothic style.  The other historic bridge is the Trujillo bridge.

The specialities of the local cuisine include “migas” (breadcrumbs with Spanish sausage and bacon), casseroles, stews and tench, an exceptional freshwater game fish. 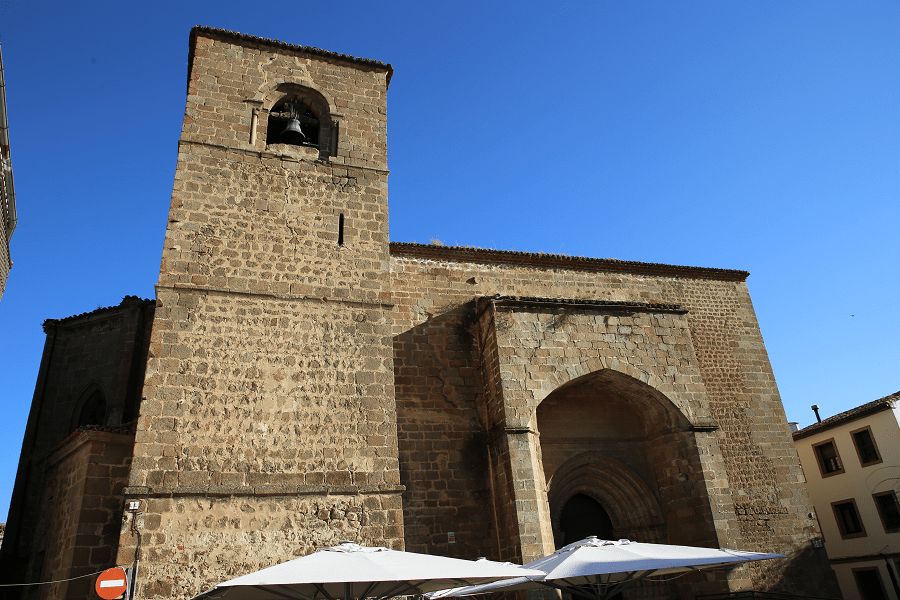 In Plasencia several local festivities are celebrated. Two of these festivals have a declaration of a festival of regional tourist interest: Holy Week in Plasencia and Greater Tuesday. The latter is held annually on the first Tuesday in August each year, putting agricultural and artisan products from various towns in the area on sale in the same and holding various contests. 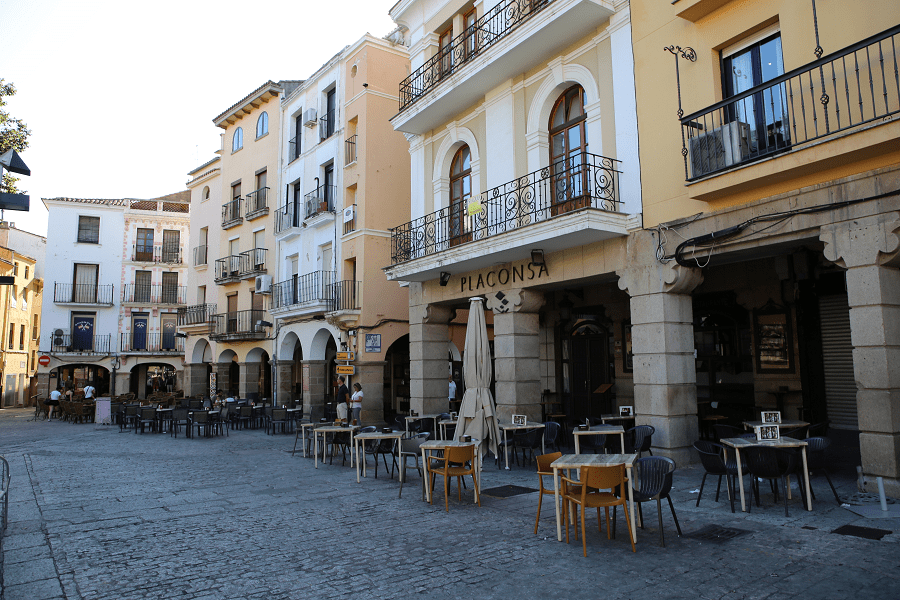 Along with the festivals of tourist interest, the patron saint festivities also stand out. The patron saint of the city and its diocese is Saint Fulgencio de Cartagena, whose feast is celebrated on January 16. The night before is known as Night of Antruejos because, although it is celebrated long before Carnival, it was a popular custom to dress up that night. The town hall and various associations maintain the festival, inviting tasting of wines, spirits, sweets and crumbs with background music by drummers. 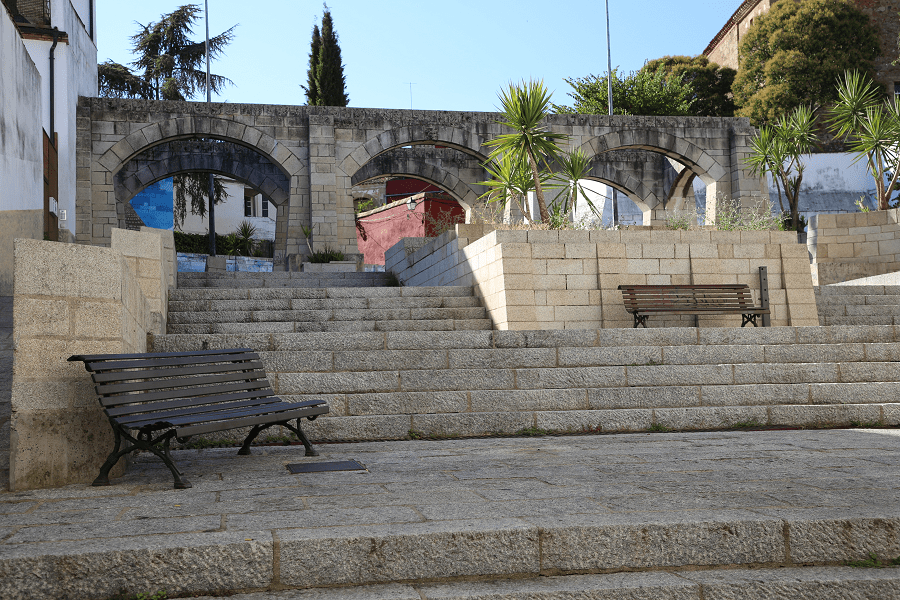 Along with Saint Fulgencio, the Virgen del Puerto is also the patron saint of Plasencia, whose pilgrimage is celebrated on the Sunday following Easter Sunday. 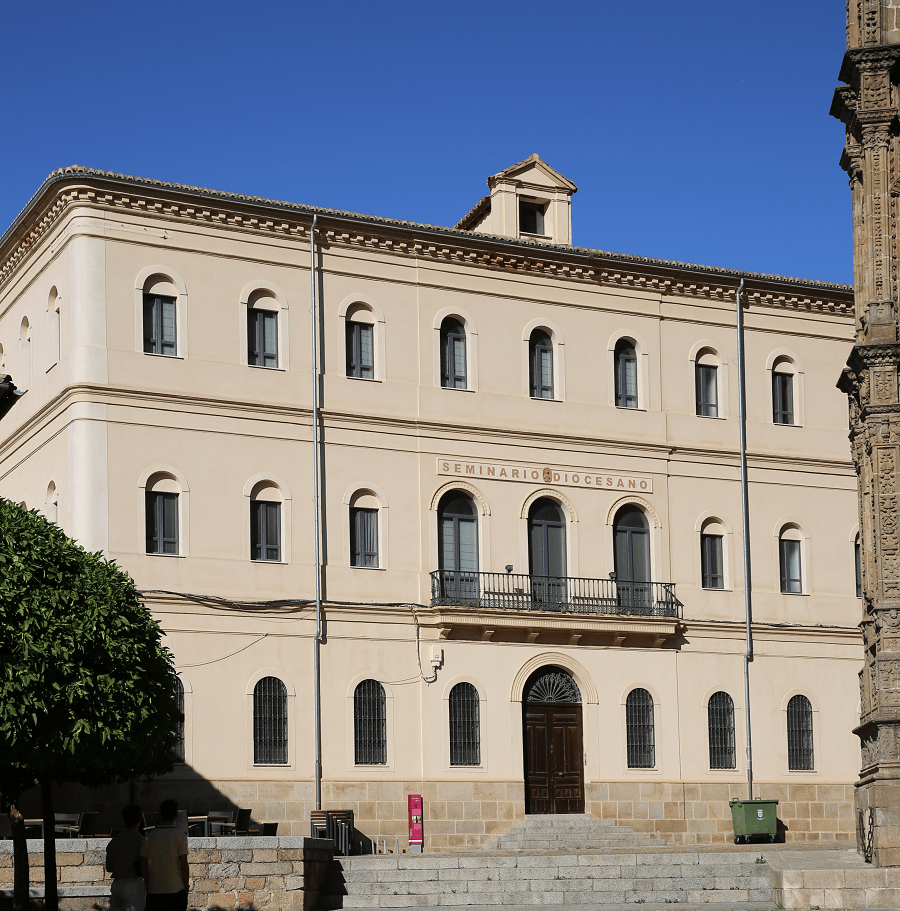