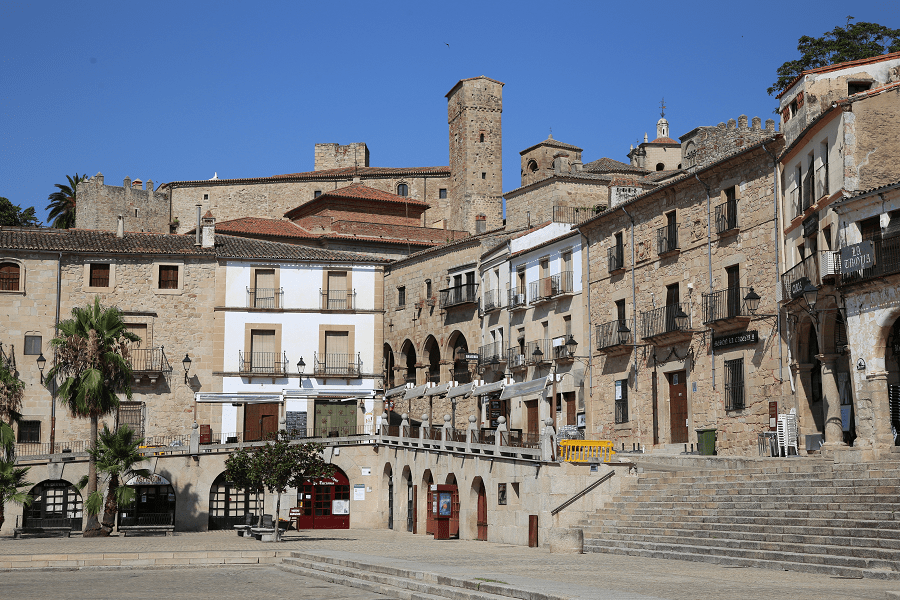 Trujillo is a municipality in the province of Cáceres, in the autonomous community of Extremadura, Spain.

Trujillo has gone through all the stages of History, from a Roman town to a medieval city, which has served to obtain the titles of Very Noble, Very Loyal, Insigne and Very Heroic City. From 1528 it was the capital of the province of Trujillo, integrated as a part of the province of Salamanca in 1591, until the creation of the province of Extremadura in 1653. 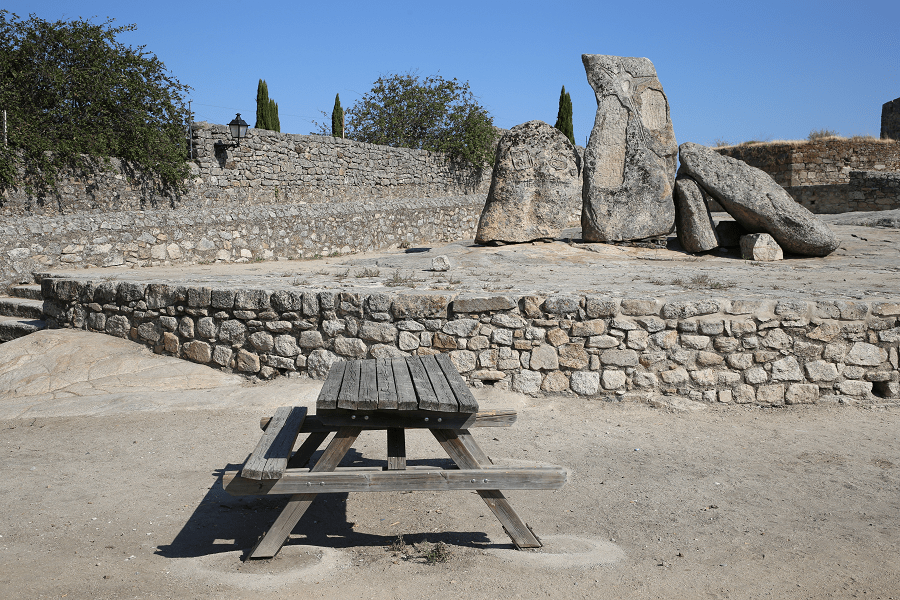 Its historical importance, its location, its natural environment and its gastronomy have made Trujillo an important tourist center in Extremadura. Of its monuments, some of them protected, the castle (old Arab fortress), the church of Santa María la Mayor (13th century) and the palaces of the Plaza Mayor stand out.

In addition, Trujillo hosts two festivals of regional tourist interest, the Chíviri and the Trujillana Holy Week, and other events such as the National Cheese Fair and the Agricultural Fair. 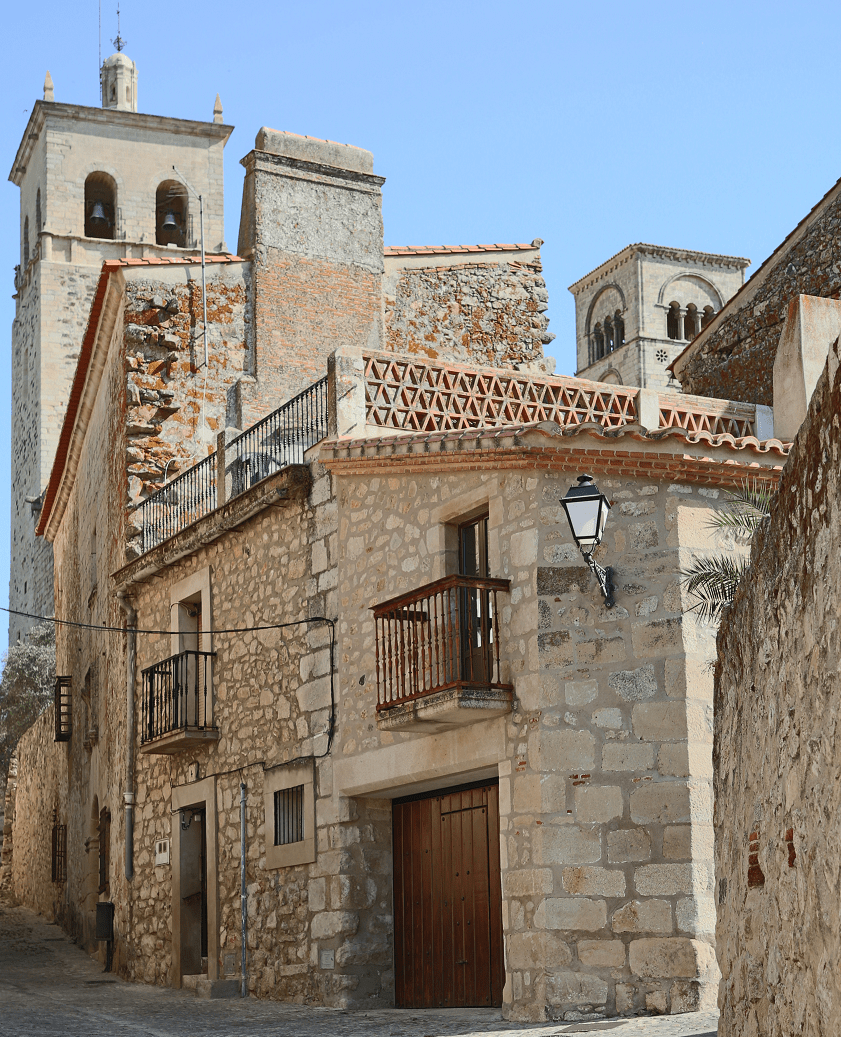 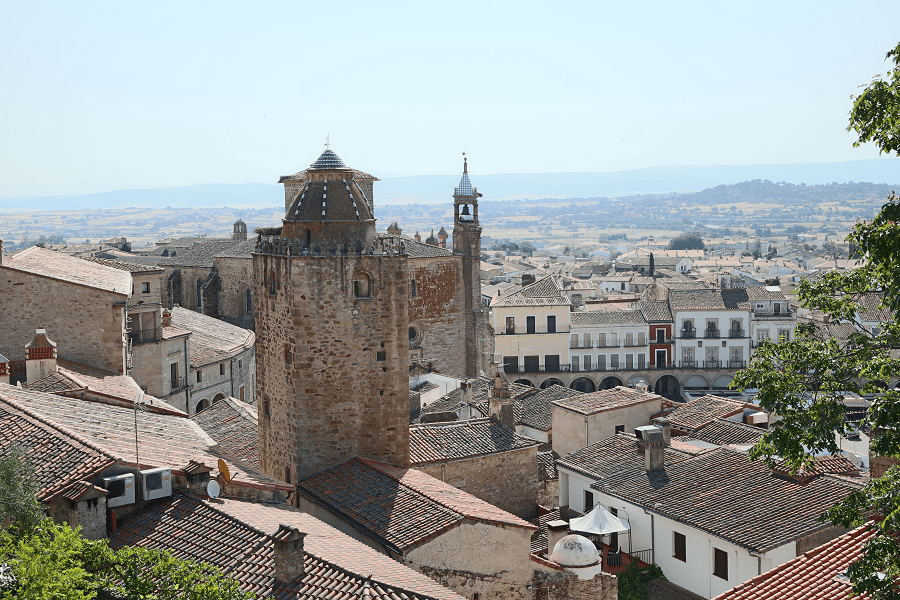 In October 2008, the city of Trujillo presented a joint candidacy with Plasencia, the Monfragüe National Park and the Extremadura pasture for the declaration of World Heritage by UNESCO. However, in July 2009 the Historical Heritage Council decided that the Spanish candidate for this nomination would be the Sierra de Tramontana.

The Plaza Mayor, rectangular in shape, Renaissance style and largely surrounded by arcades, is the best known place in Trujillo. In it is the famous equestrian statue of Francisco Pizarro. In its origins, this square was occupied by suburbs, artisans and merchants. Later, palaces and stately homes were built here, making this square the central place of life in the city from the 16th century on. 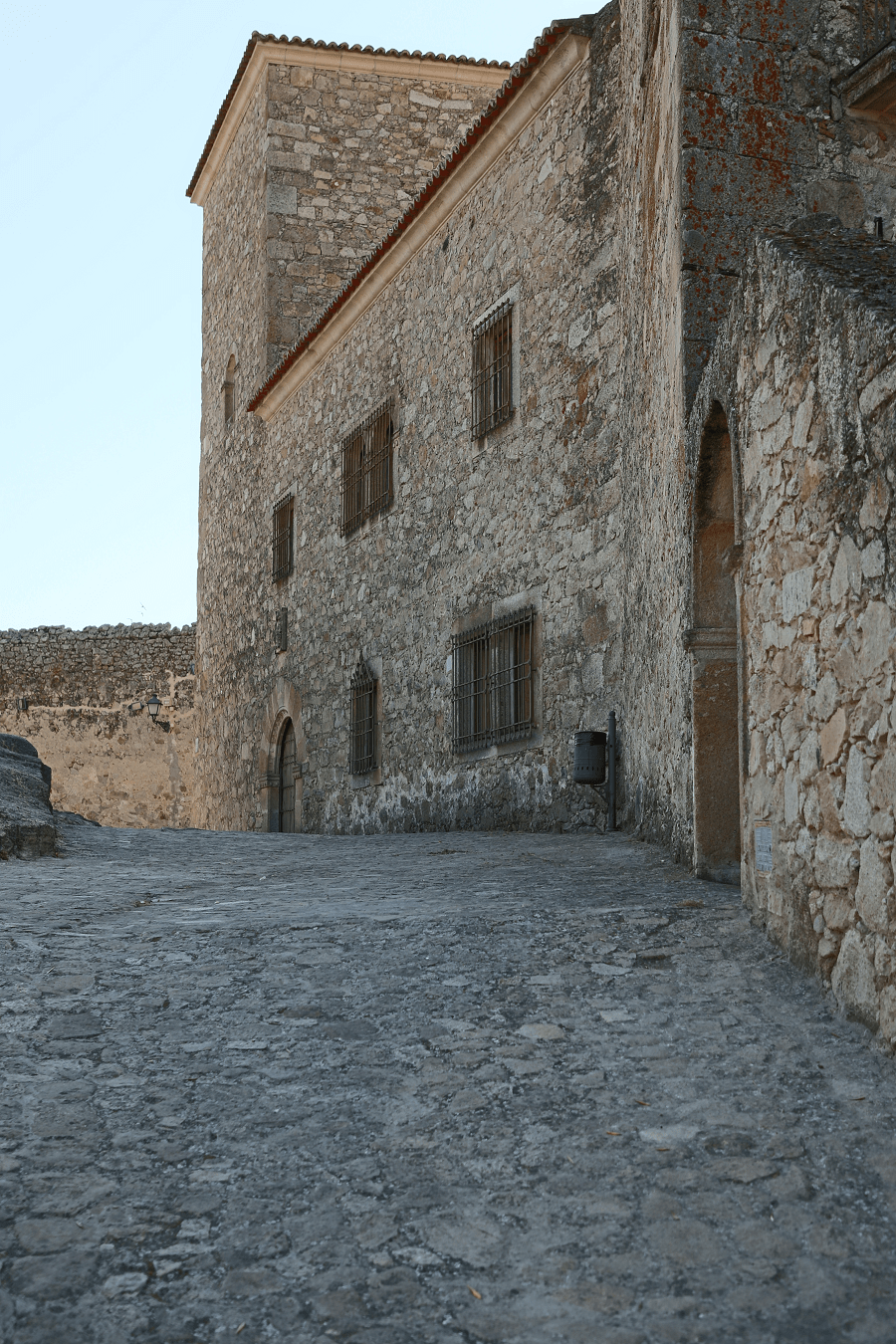 At present, in a good part of the square there are manybars or restaurants. The square also houses the tourist information office, as well as the shops for tourism.

The city of Trujillo belongs to the Diocese of Plasencia since the founding of this diocese at the end of the 12th century. The town of Trujillo was mentioned as part of the diocesan territory in the founding bull of the diocese of Pope Clemente III. In the city there are three parish churches belonging to the diocese: San Martín de Tours, Santa María la Mayor and San Francisco. 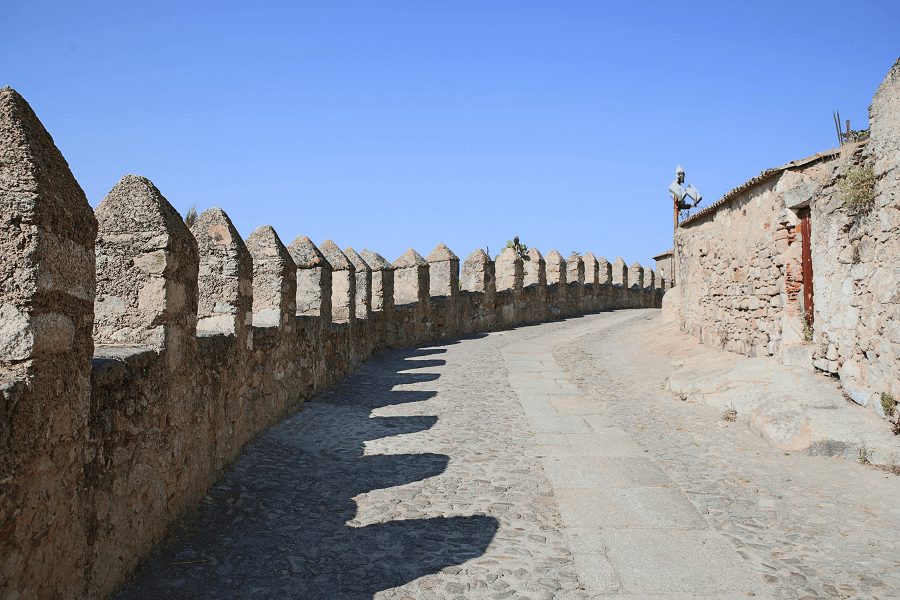 Of the three churches, the most outstanding is that of Santa María la Mayor, built on a Romanesque building from the end of the 13th century whose eastern Romanesque tower is still preserved. La de San Martín de Tours, located in the Plaza Mayor, was built in the 16th century on a medieval building destroyed in the War of the Spanish Succession. 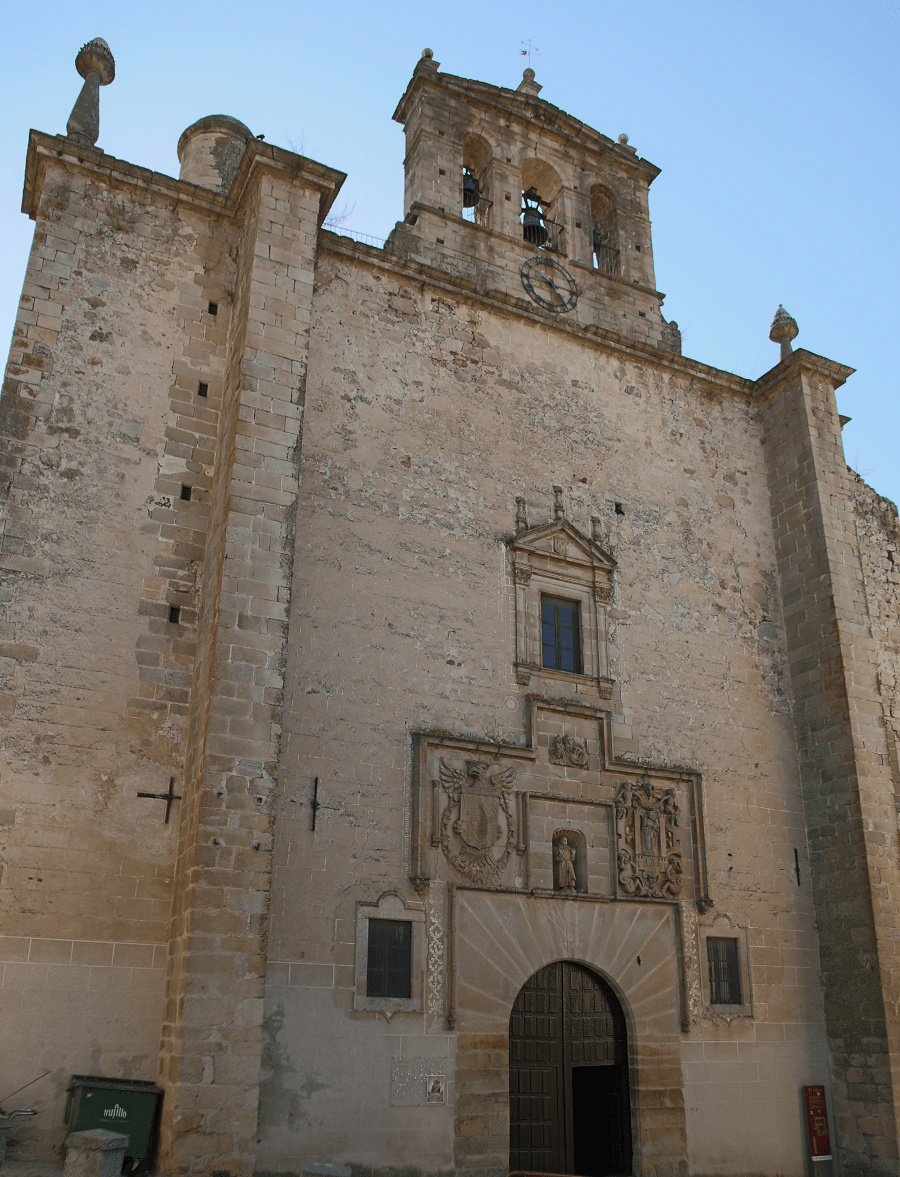 Trujillo Castle is a fortress built for the most part during the Muslim rule of the place, between the 9th and 10th centuries. It is located at the top of a hill within the peneplain, which allows it to be seen from many kilometers around. The fortress has been reformed on several occasions throughout history, such as the reform of the wall in the 14th century, the construction of a fortified barrier with a moat in the 15th century and several restorations in the 20th century. It houses two Arab cisterns. 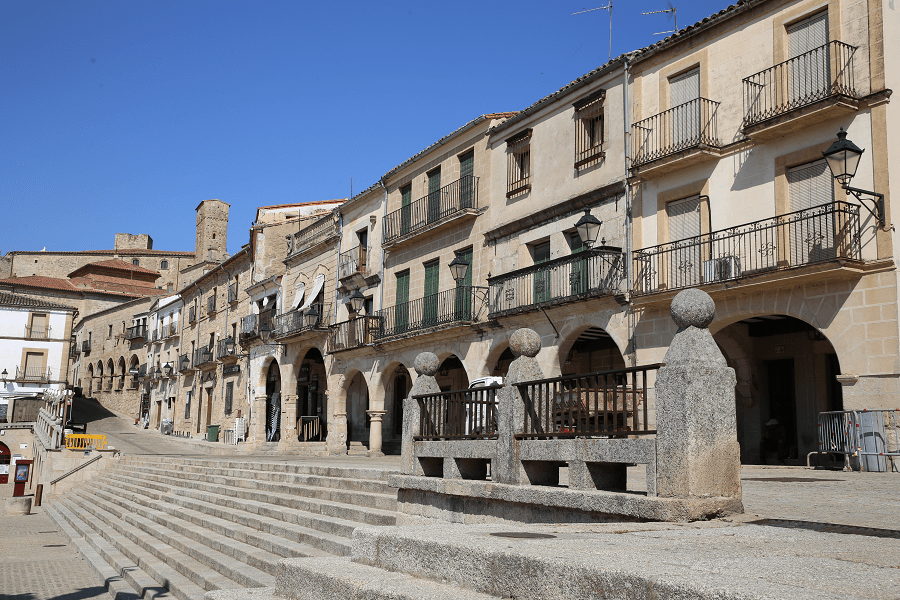 The Palace of the Conquest, palace of the Marquises of the Conquest or Palace of the Shield is a Renaissance-style building. It was built in the 16th century, beginning to be built in 1562 by order of Hernando Pizarro and by his wife and niece Francisca Pizarro Yupanqui, daughter of Francisco Pizarro following the indications contained in the latter’s will, which were: «found and build a church in the city of Truxillo, which is in the Reynos de España where I was born». 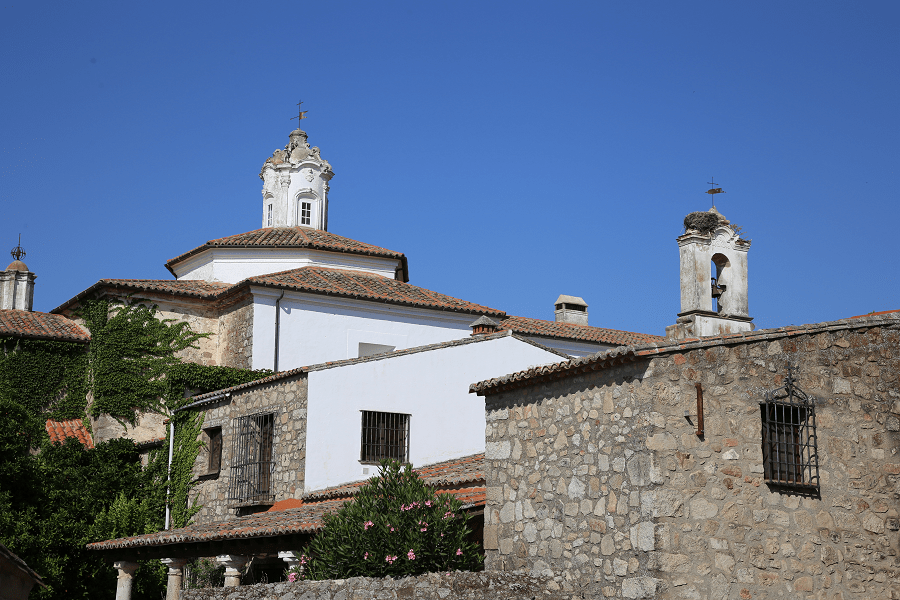 The San Carlos Palace is a Plateresque building. The file of declaration as Asset of Interest was initiated on October 3, 1978 (the resolution was published in the BOE on November 7, 1978). It was finally declared by Royal Decree As Asset of Cultural Interest with the category of monument on November 10, 1978 (the decree was published in the BOE on January 2, 1979). The palace suffered a fire on July 15, 1595 and its interiors date from the mid-17th century. The building maintains the original Plateresque façade in addition to the façade that is offered to Domingo Street. 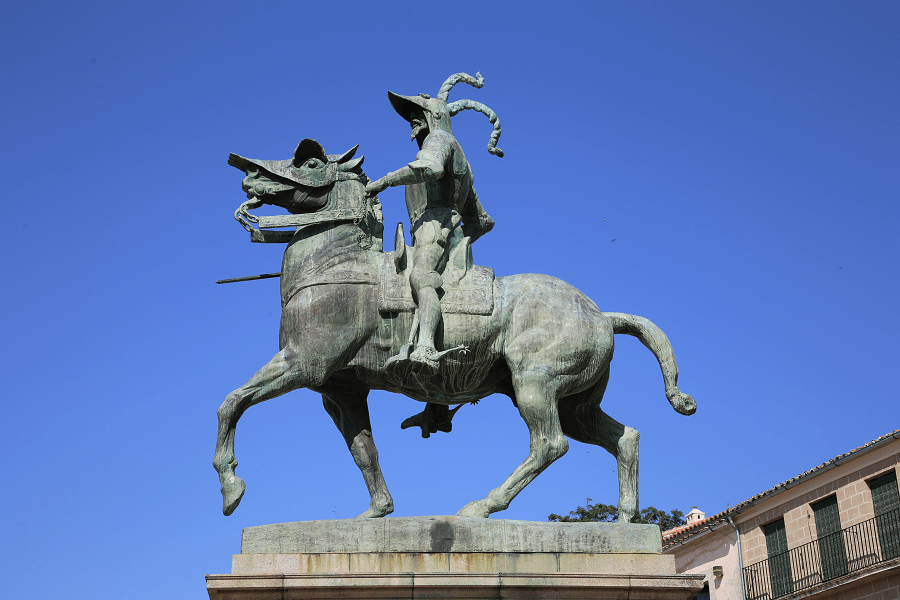 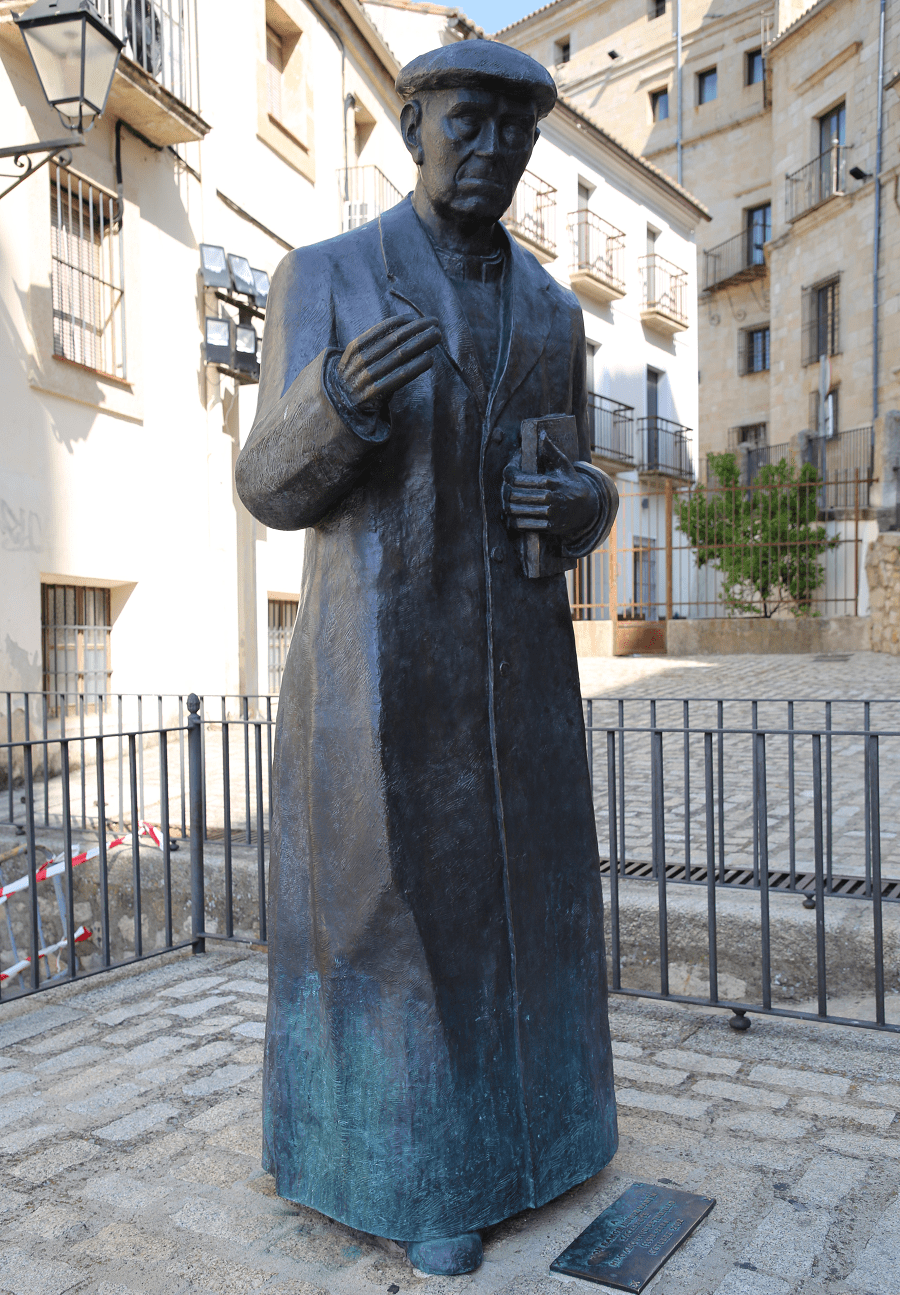 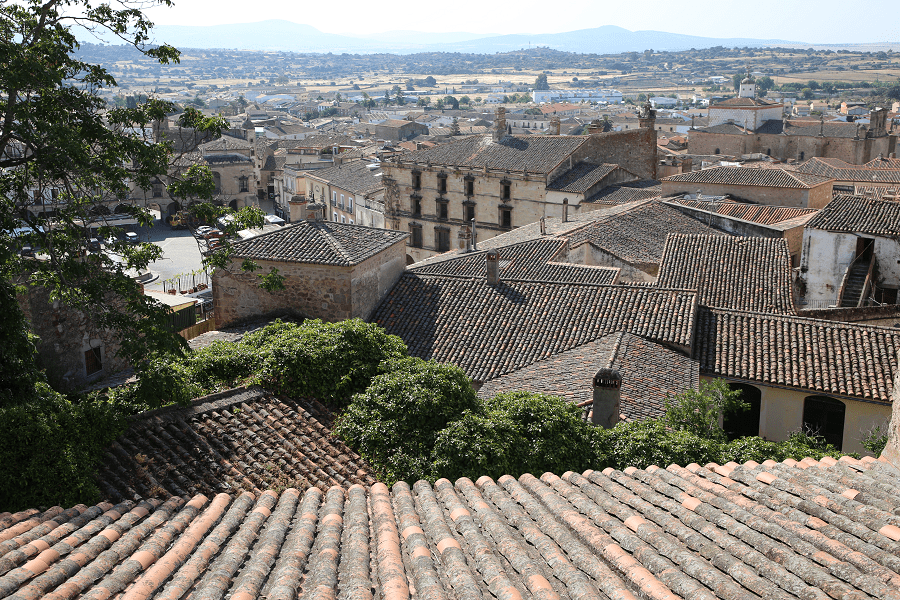 The Chiviri: The culmination of Holy Week is celebrated on Easter Sunday (declared an event of regional interest). The town square is full of people dressed in local costumes. They sing, dance, eat and drink to the beat of Chíviri. The following day, Easter Monday, is a holiday in the city and locals have the custom of going to the countryside for picnics. 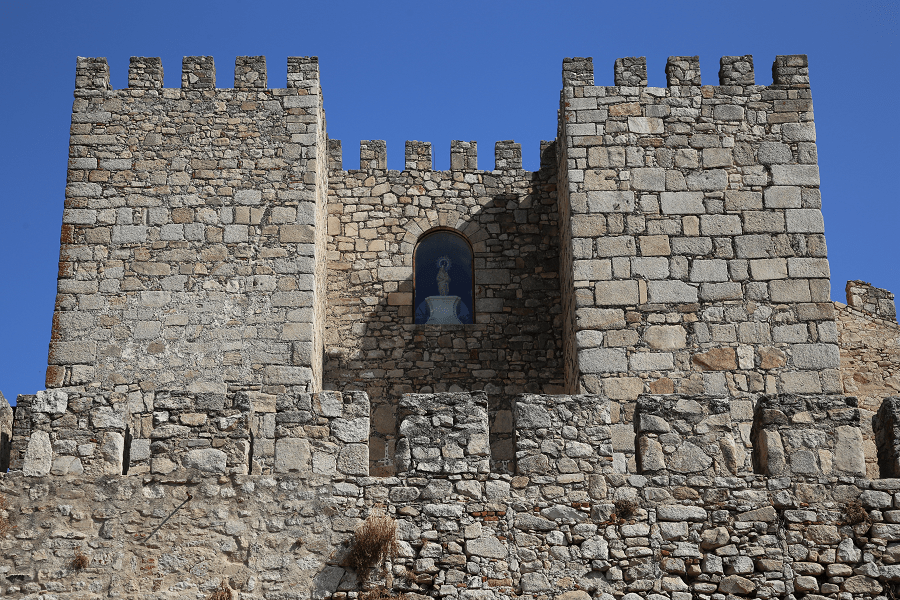 National Cheese Fair: On 1 May, the National Cheese Fair takes place, which is the most important cheese competition in Spain. The Plaza Mayor becomes a huge fair where it is possible to taste cheeses from around Spain. This festival draws a large crowd, with organizers reporting that approximately 100,000 people attend on a yearly basis. 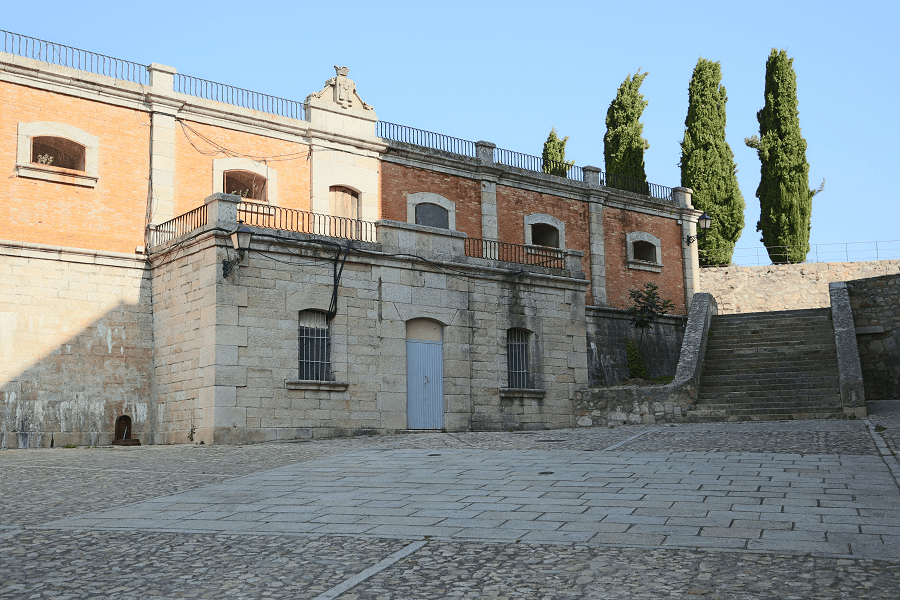 Festivities in honour of Virgen de la Victoria: They take place at the end of August or in early September. During the festival the Virgen de la Victoria (Our Lady of Victory) is moved from her normal place in the chapel of the Castle to the church of San Martín, in the Plaza Mayor, where the religious events are celebrated. 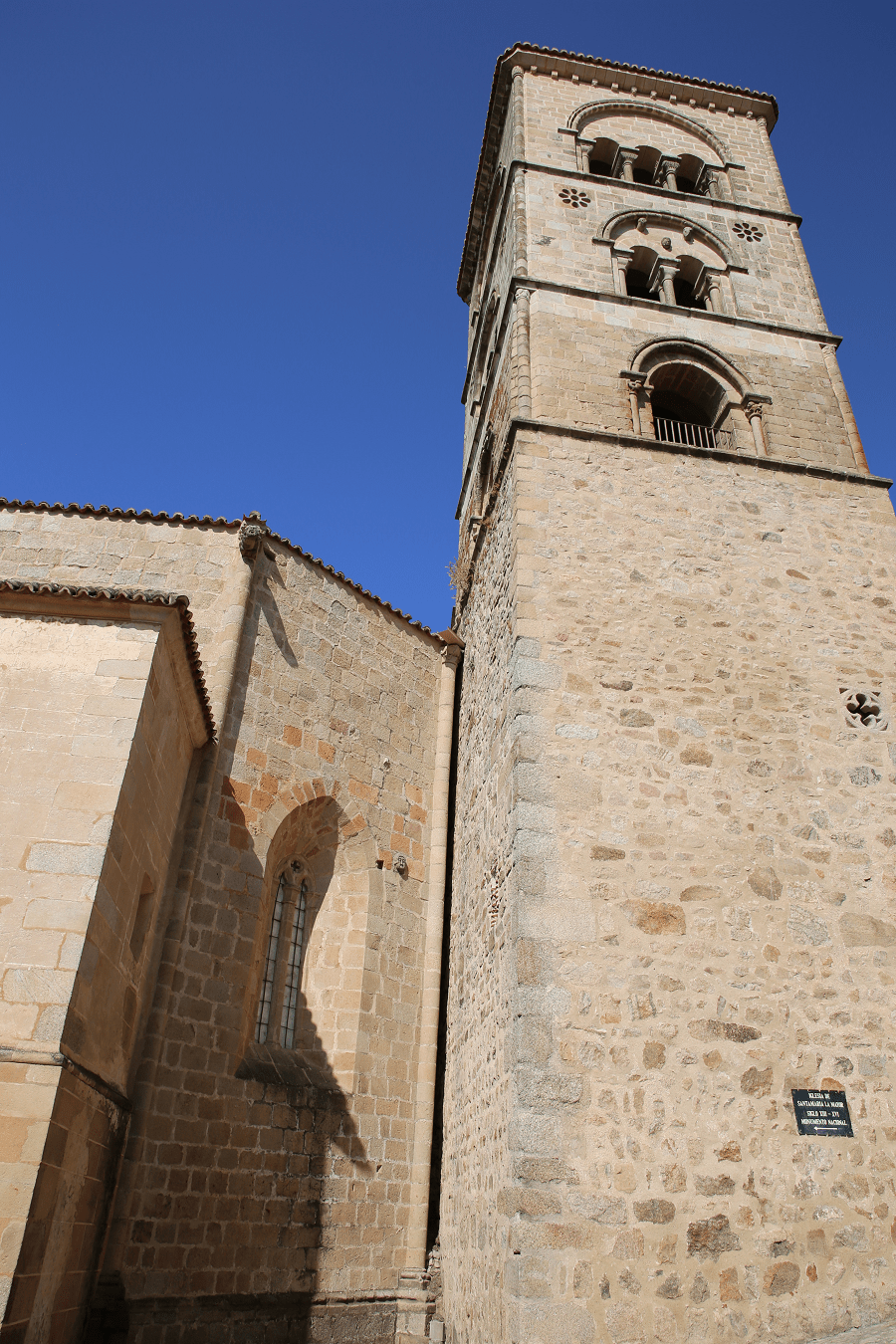 In addition, there are puppets (The Adventures of Peneque el Valiente (Peneque the brave) with Miguel Pino), capeas and the Festival of Music, Dance and Theatre in the Castle. Also a local teenager is elected as “Queen of the festivities” and she has her own entourage. 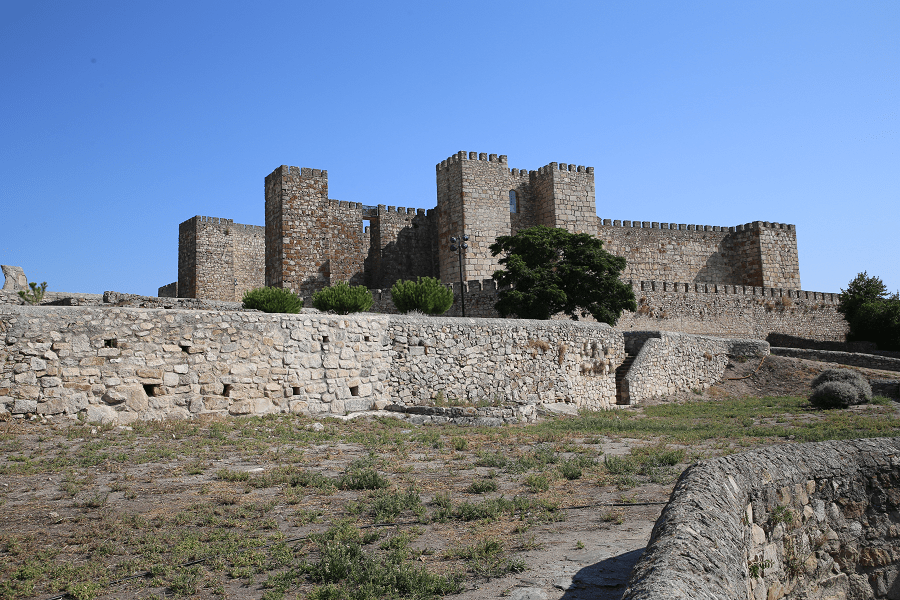 Some typical dishes of Trujillo are:

They are also made in Trujillo:

There is one Michelin list restaurants in the city: 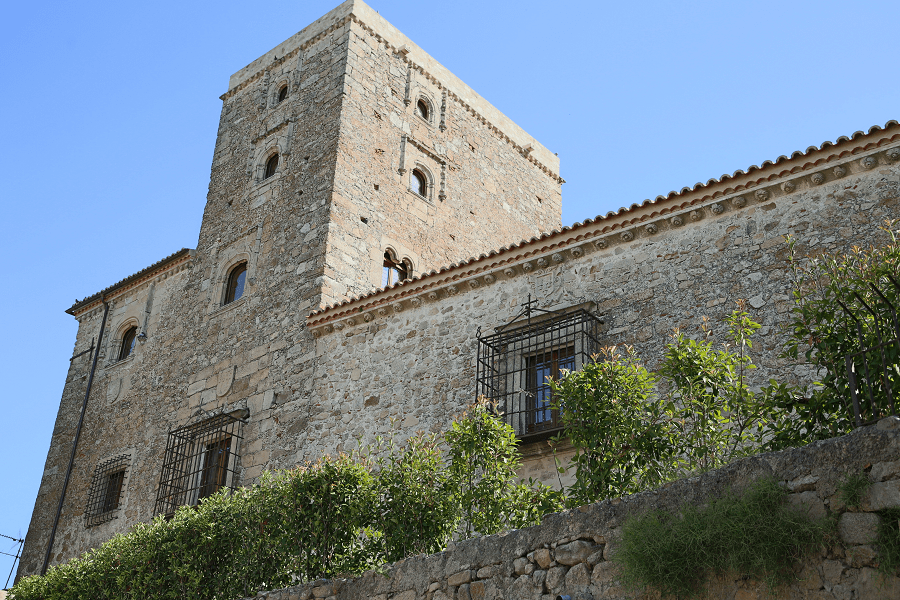 Distances to the main cities of Extremadura: 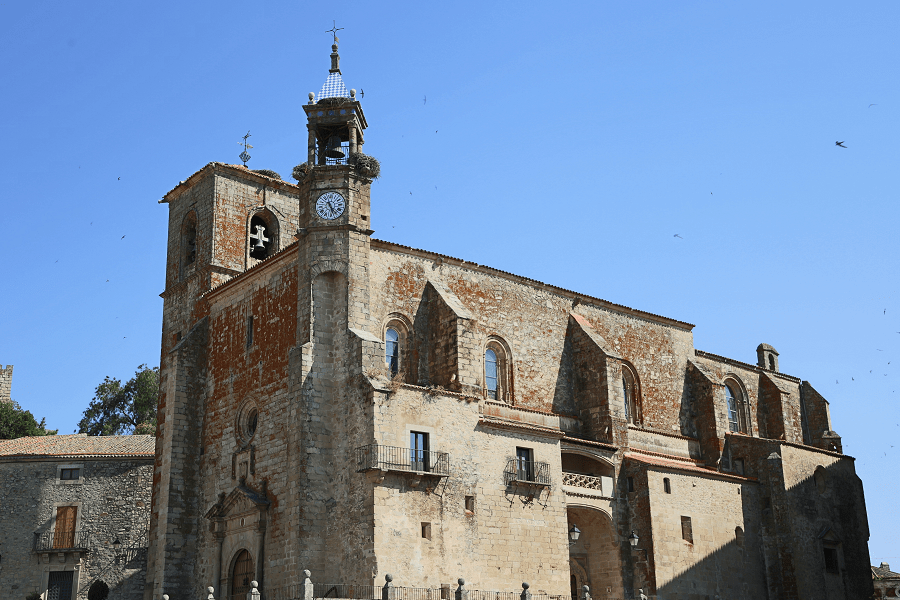 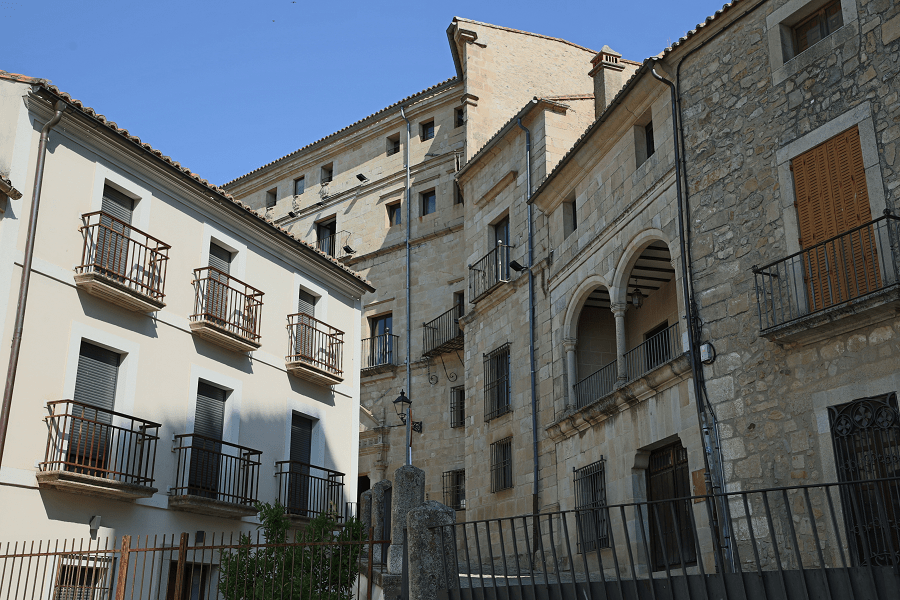