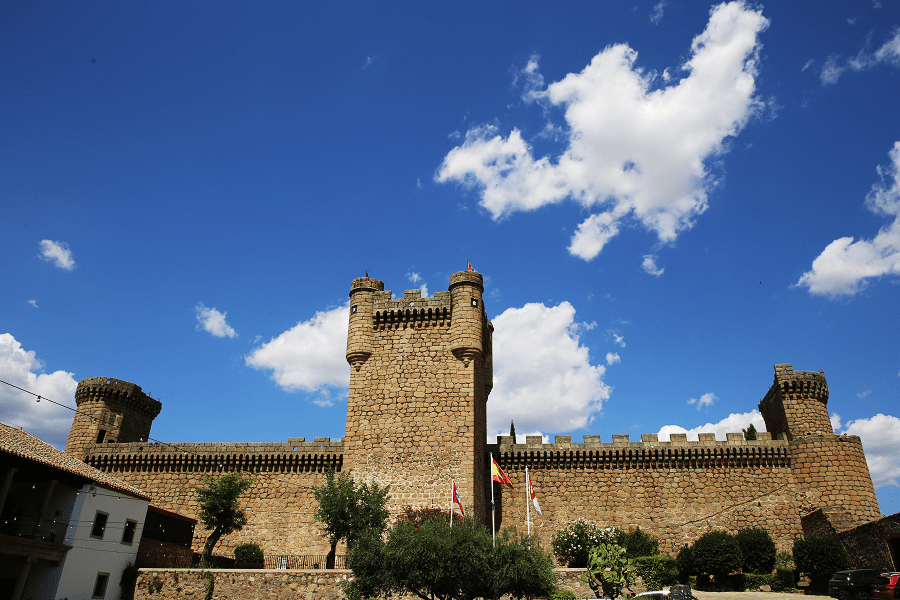 Oropesa (also called Corchuela) is a municipality belonging to the province of Toledo, in the autonomous community of Castilla-La Mancha (Spain). 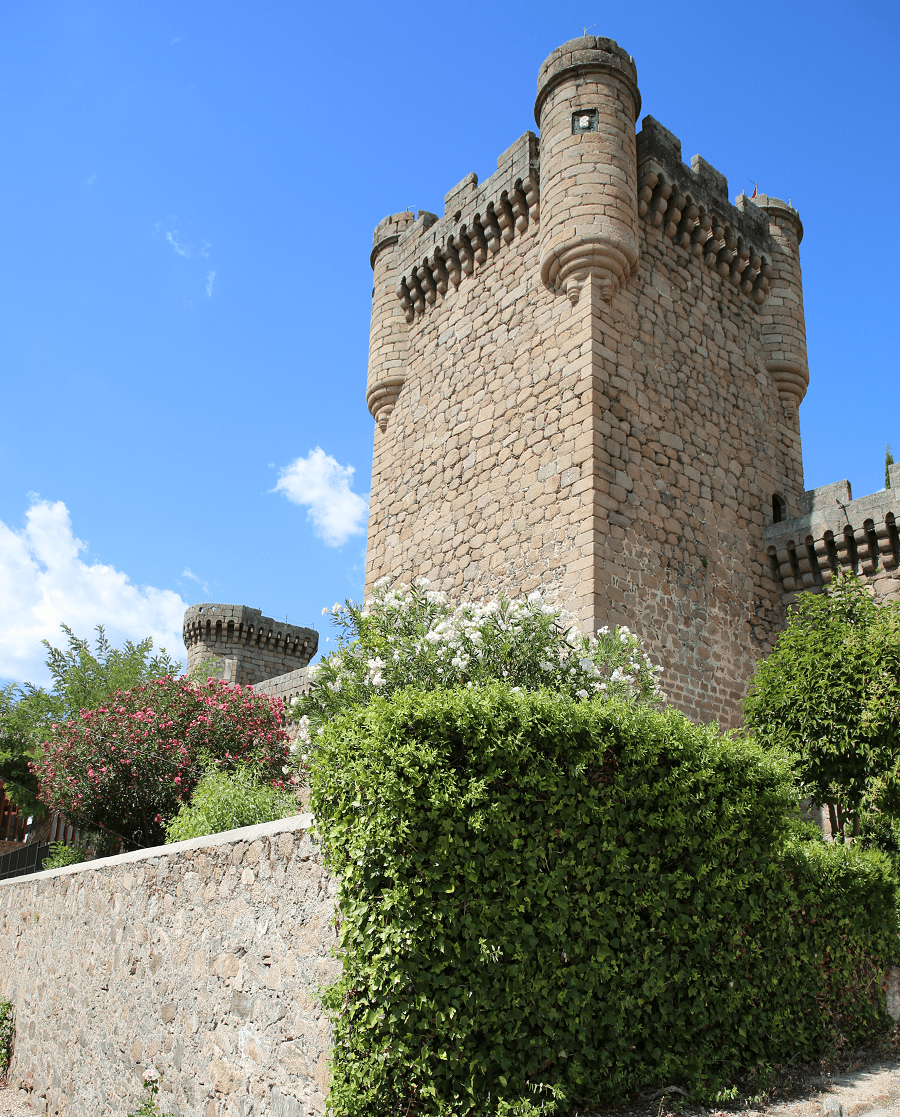 Oropesa Castle: formed by two buildings, one old and one new. The old one dates from the time of the Arabs, and was built on a Roman structure with a rectangular plan and circular towers. 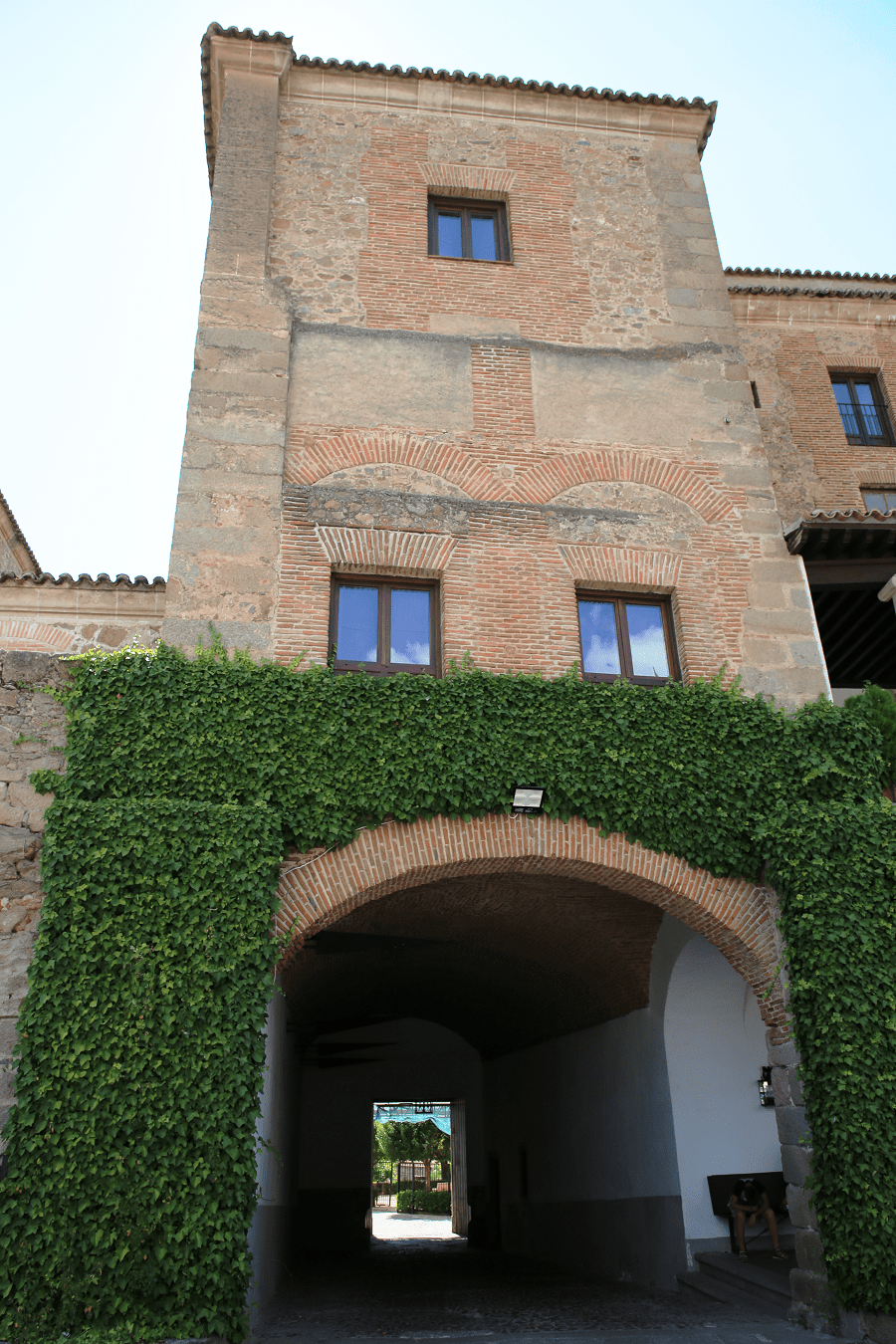 The new one, begun to be built by one of the branches of the members of the House of Álvarez de Toledo, the later counts of Oropesa, approximately in 1402, also has a rectangular plan, however, its towers are different. 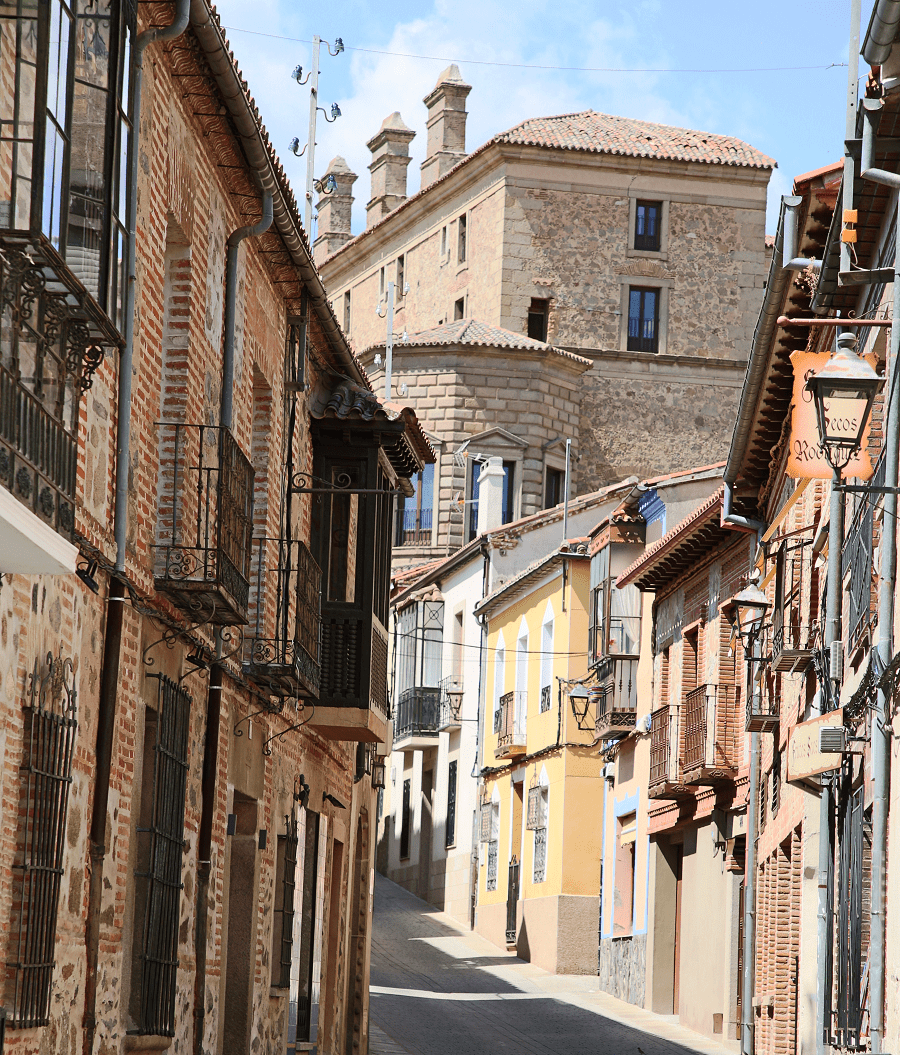 Inside it is located a large square which can only be accessed through a door always guarded by one of its towers, which is accessed by a stepped ramp which is said to be one of the most famous in Spain. 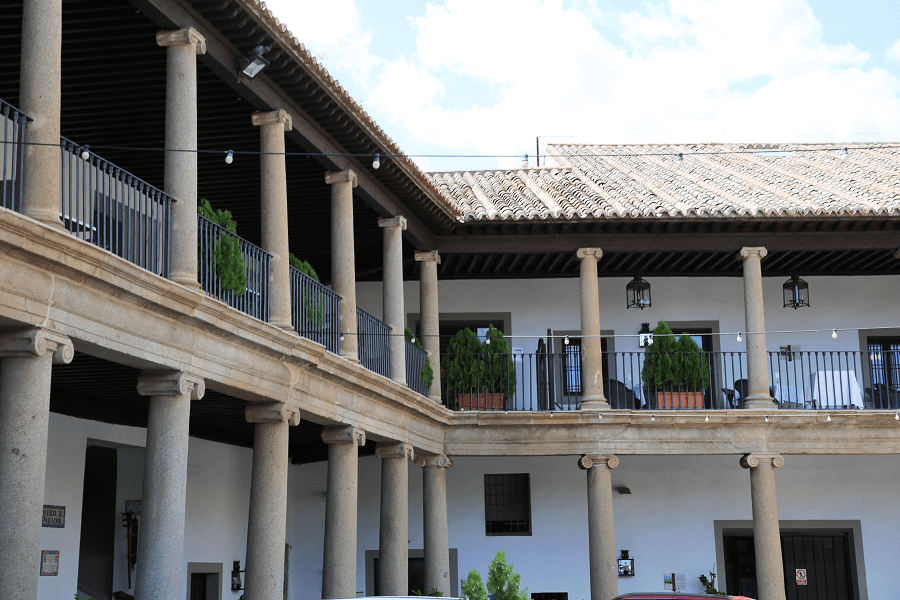 The parade ground, where nowadays cultural events are held, is a large rectangle that contains the fortress’s infrastructures. It is declared as a property of cultural interest. 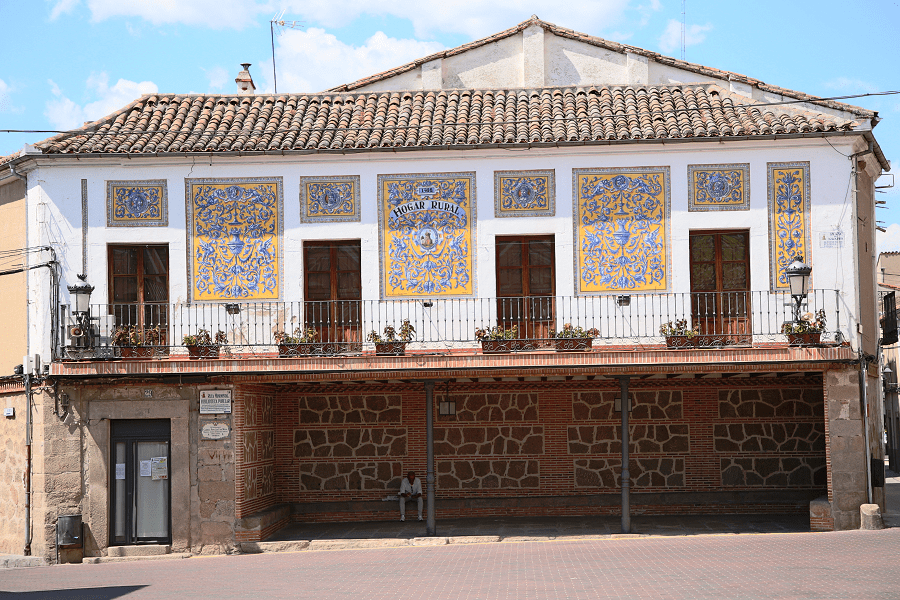 Church of Our Lady of the Assumption: 15th century, Plateresque style. It has a nave divided into three sections, where a 17th-century façade stands out. It is declared as an asset of cultural interest. 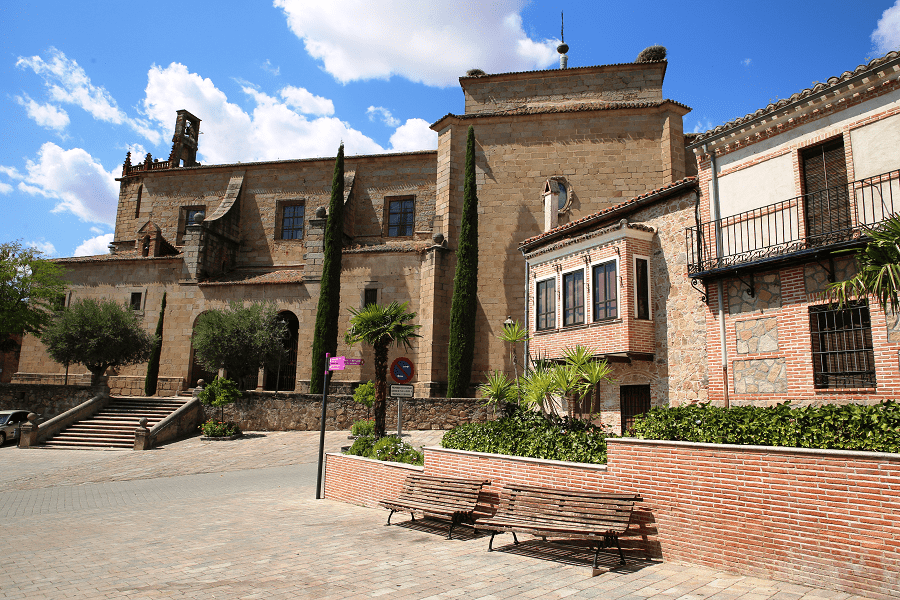 Jesuit College: 16th century, Renaissance style. It consists of a church, called San Bernardo, and a school proper, like a central colonnaded courtyard. It is declared as a property of cultural interest. 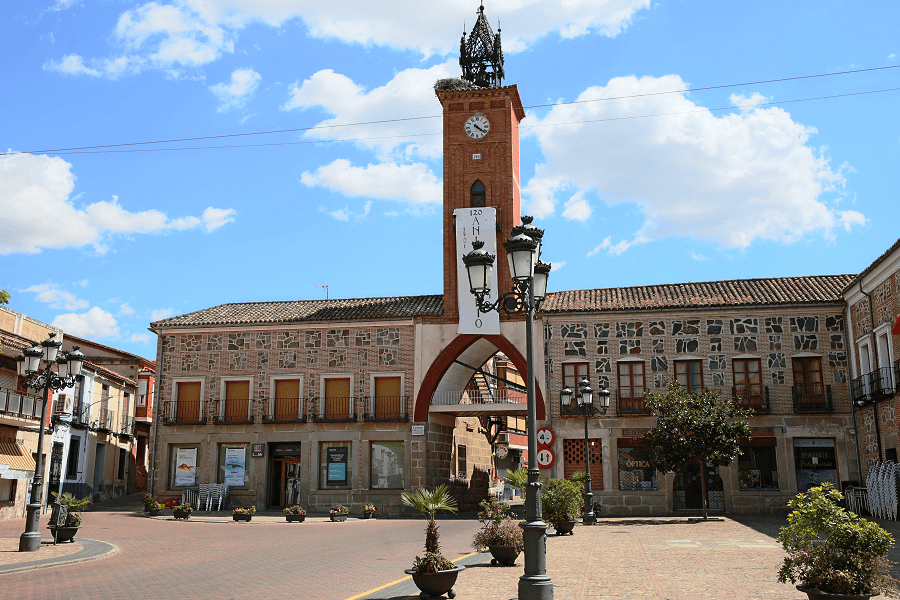 New Palace: from the 16th century, in the Renaissance style. Main façade with three bodies high and an octagonal body, called the “Peinador de la Duquesa”, to its right. It has been declared as an asset of cultural interest. 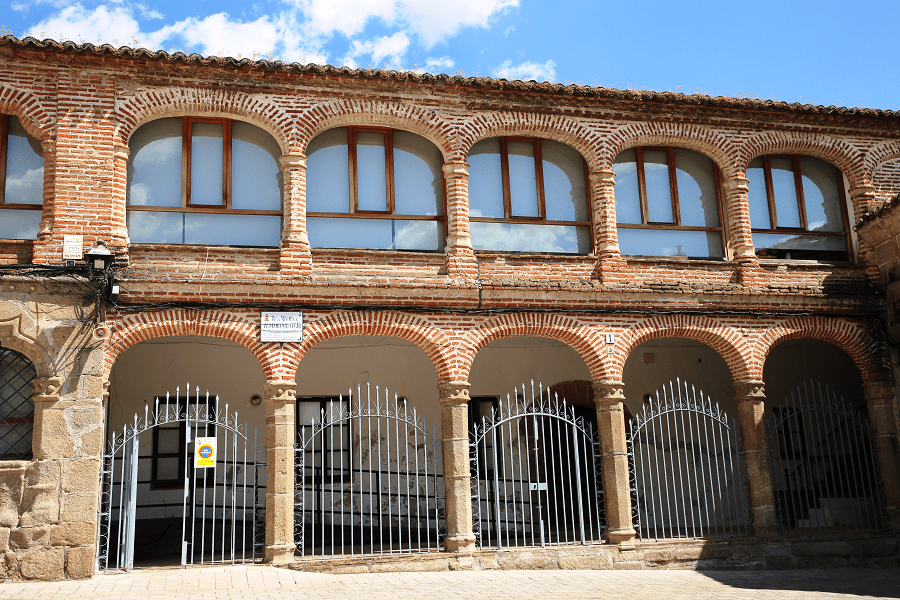 Ermita de la Peñitas: from the 18th century, in the Baroque style. It has a rectangular floor plan, with a single nave covered by a half-barrel vault. 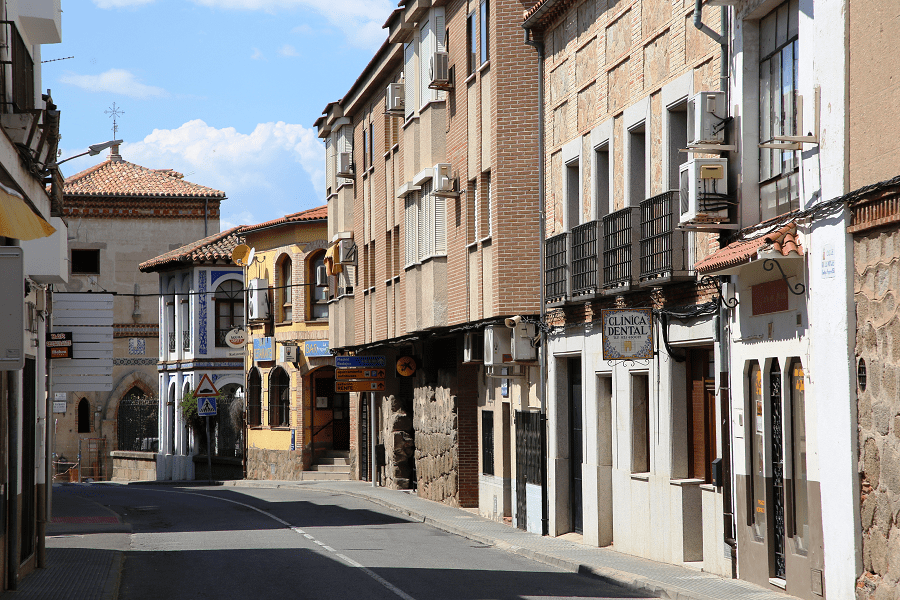 Plaza del Navarro: it is the main meeting point of the town, its most significant element is the clock tower (built in 1901) that forms a pointed arch over a narrow street. 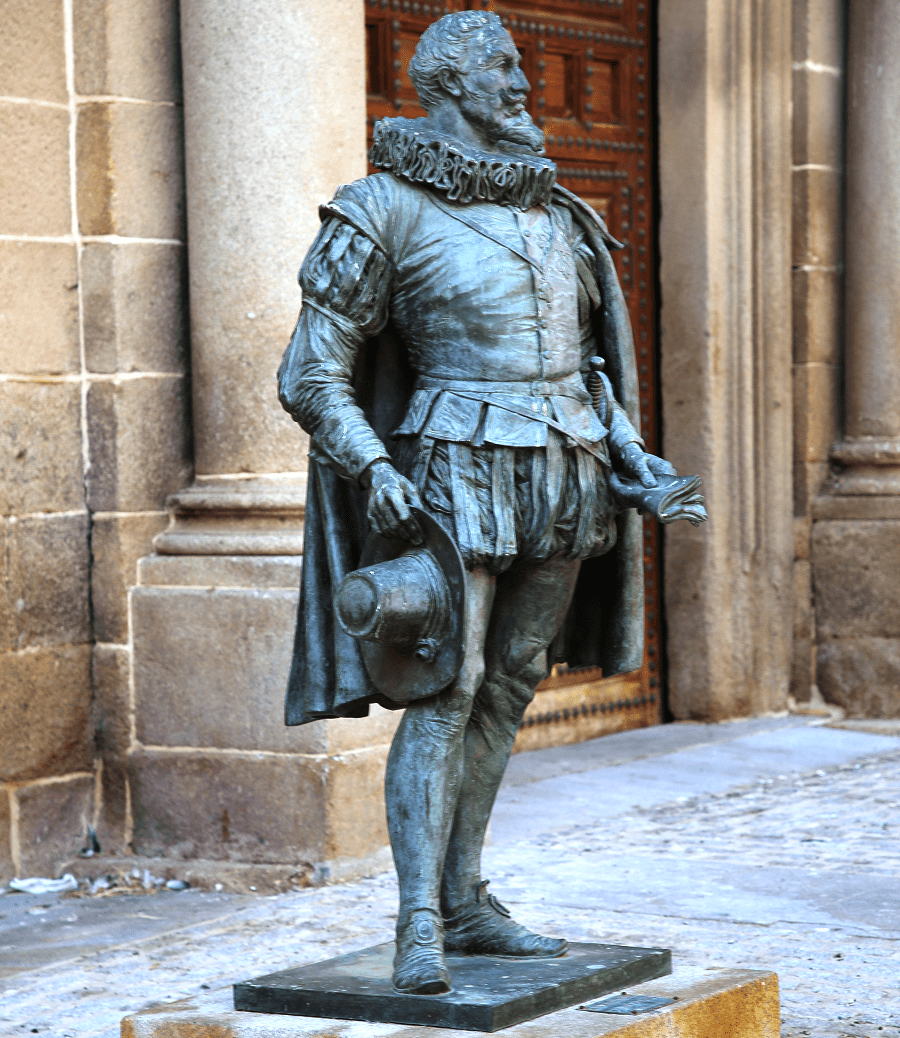 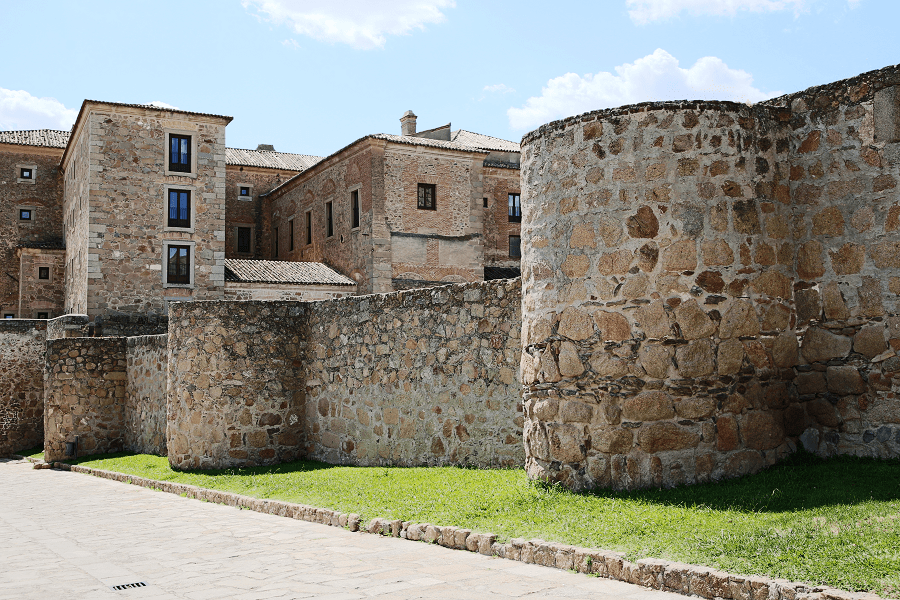 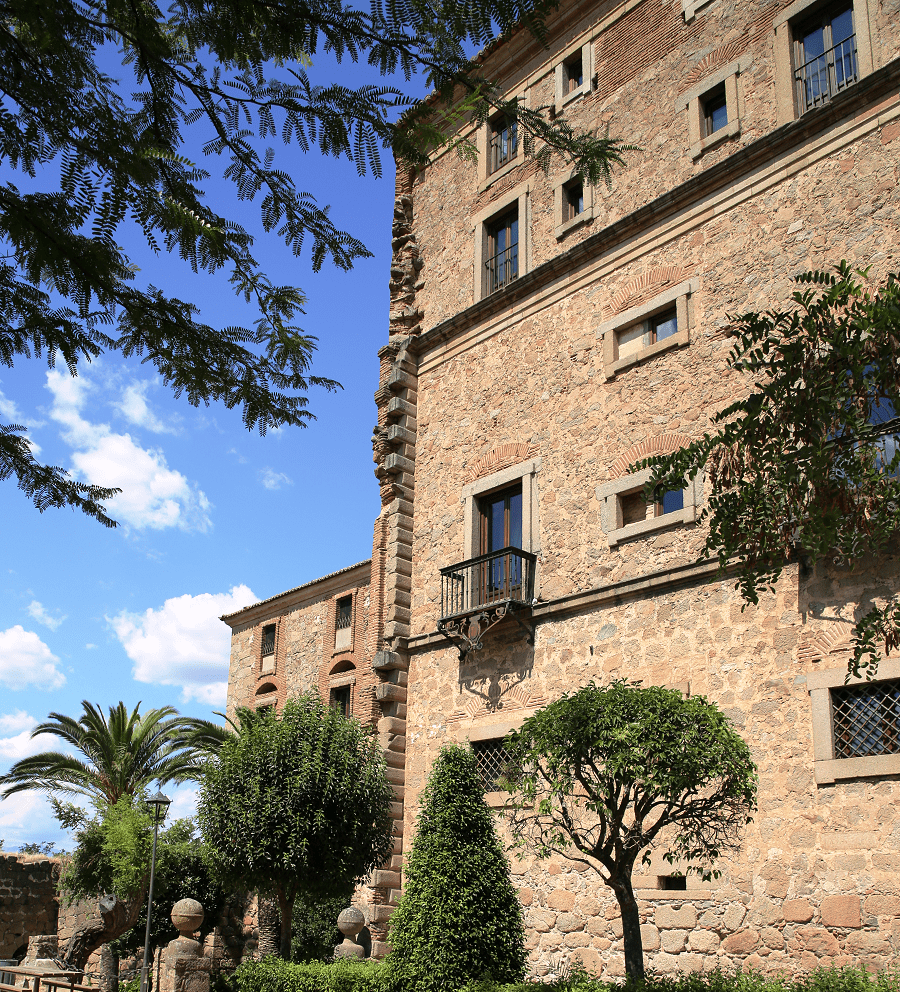 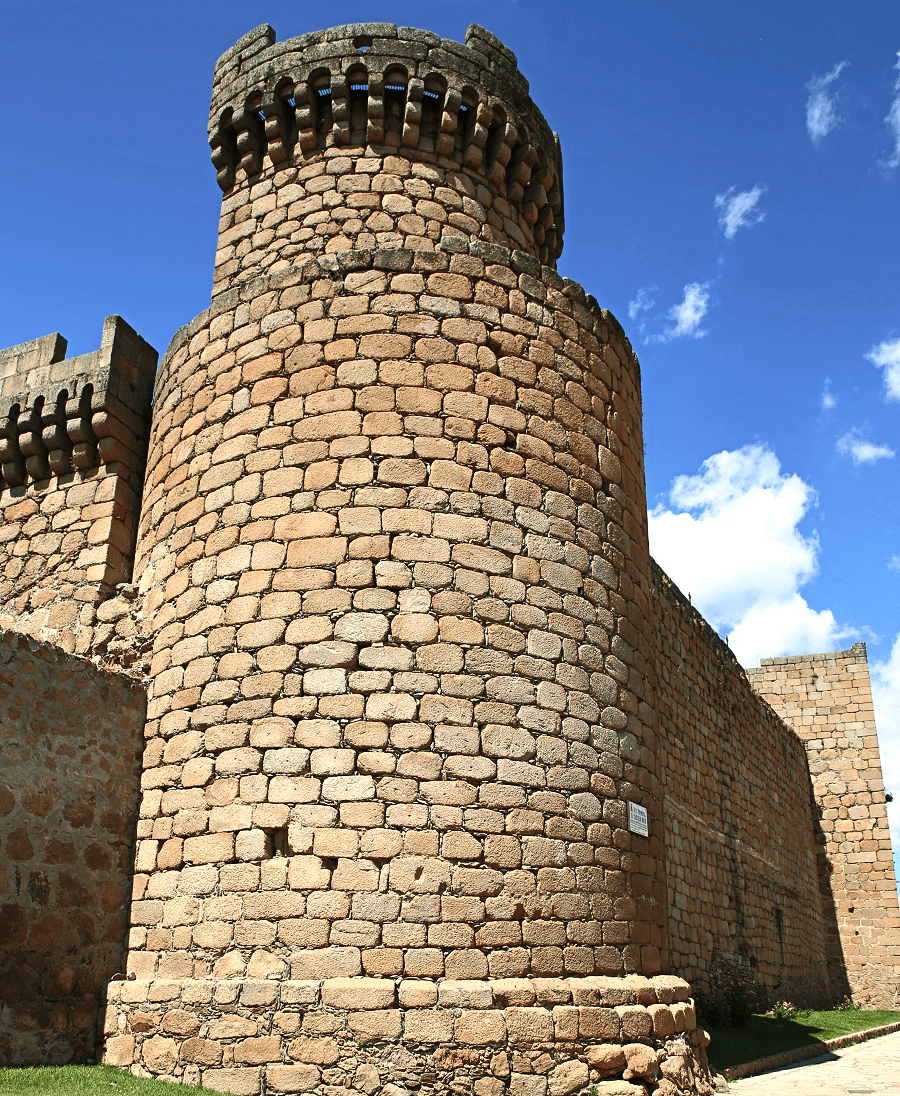 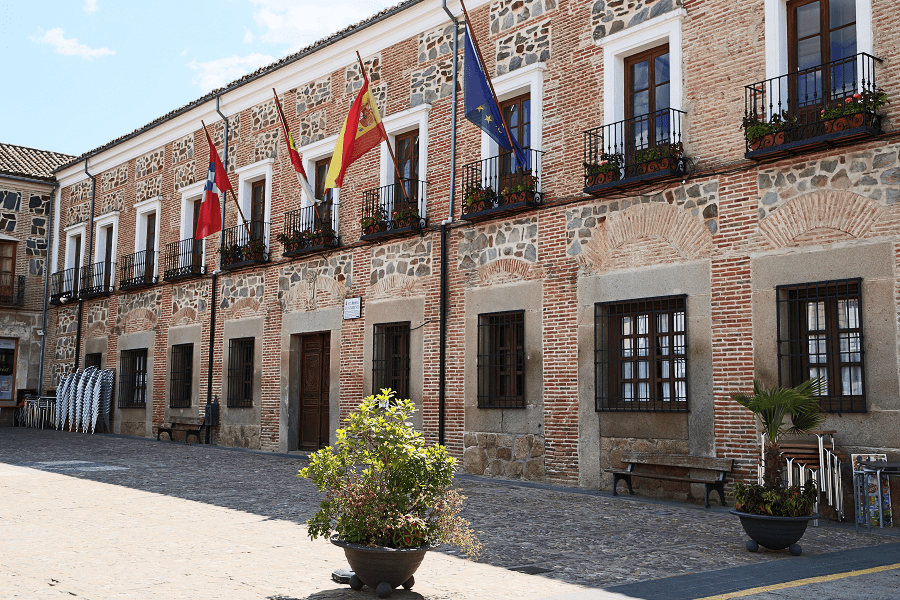 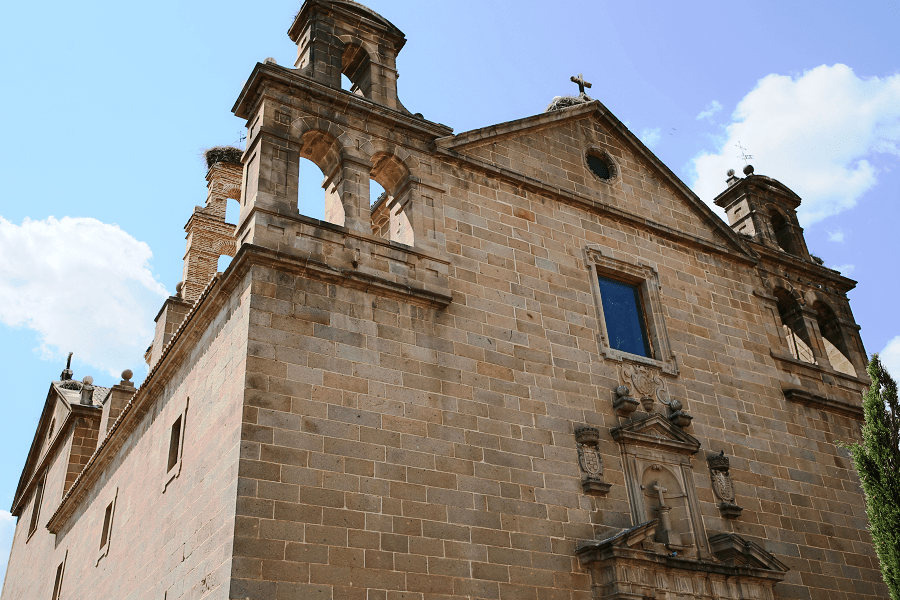