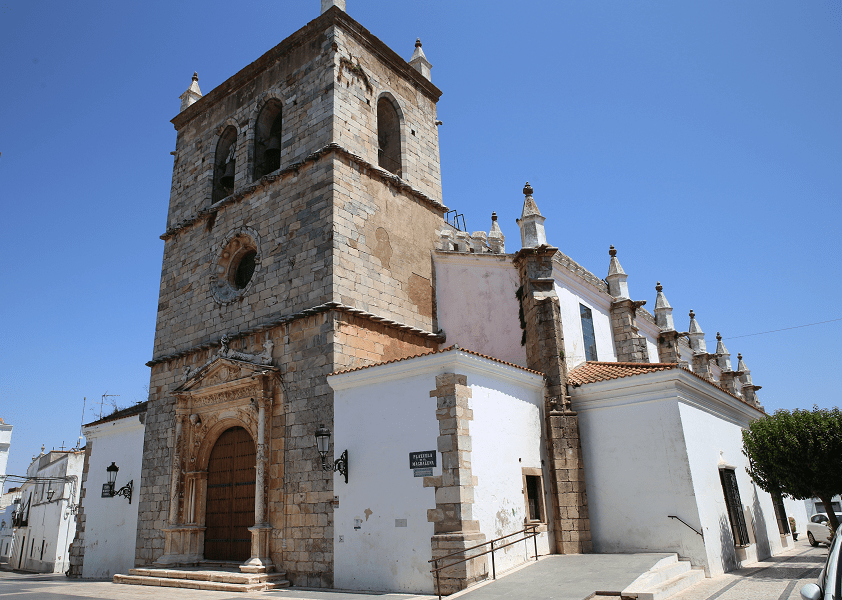 Olivenza is a town located in southwestern Spain, near the Portuguese border, on a historically disputed section of the Portugal – Spain border. Its territory is administered by Spain as a municipality belonging to the province of Badajoz, and to the wider autonomous community of Extremadura. 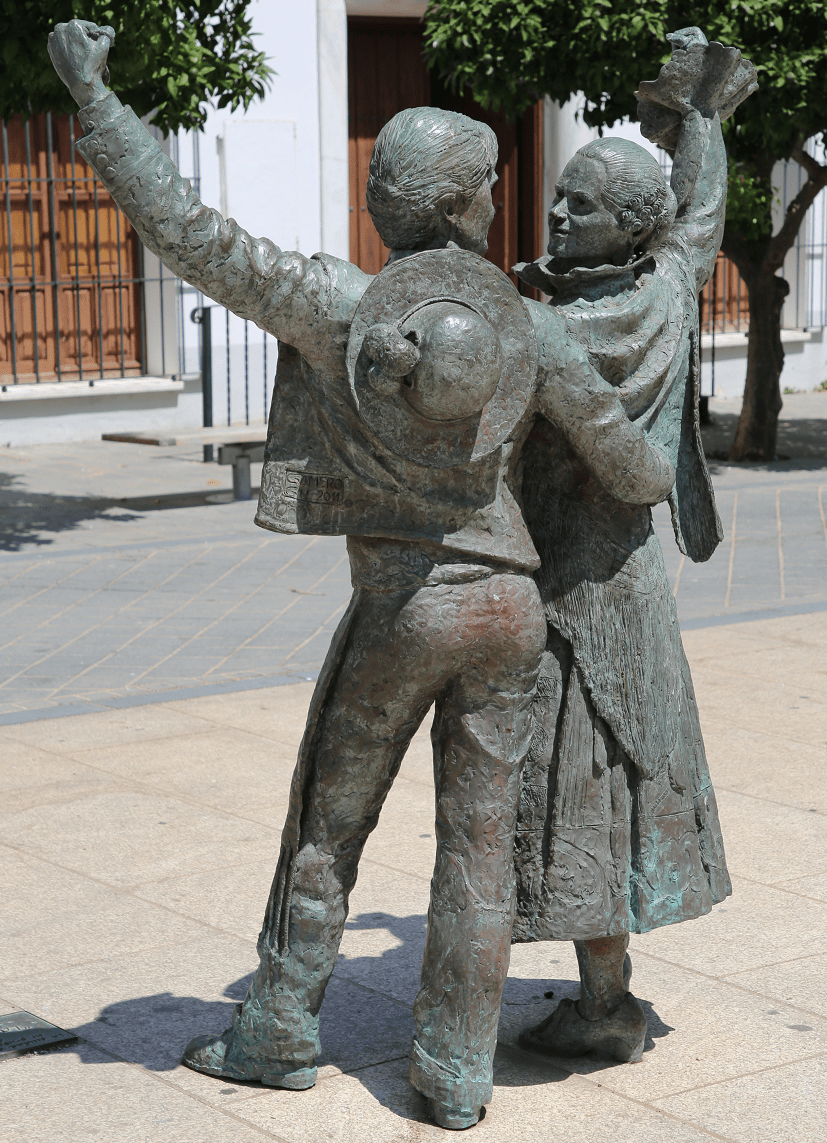 In 1964, Olivenza became one of the first municipalities in the province of Badajoz that earned a heritage protection status of conjunto histórico-artístico for their historic cores. The report for the declaration cited that the city of Olivenza, “surrounded by a beautiful landscape of pasture and farmland, dominated by the imposing castle’s keep”, “offers a number of buildings, enclosures and places of notable importance in the monumental aspect”.

Since 2019 Olivenza has been a part of the network “The most beautiful towns in Spain“. 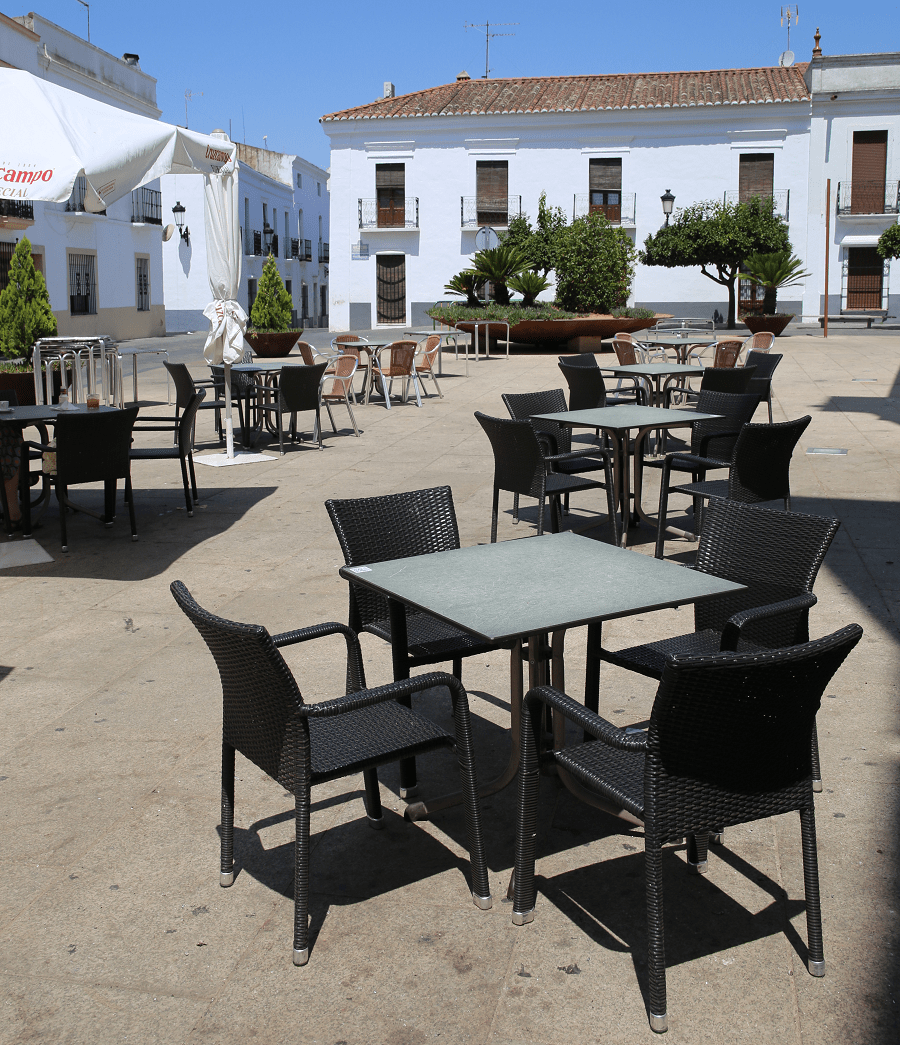 Medieval Citadel and Alcazar. Olivenza’s fortress or castle preserves thick 14th-century walls, without battlements. The towers retain their machicolations. The keep, built in the reign of Alfonso IV of Portugal, son of D. Dinis, and reinforced in 1488 by order of Juan II of Portugal, measures 36 m high and 18 m on the side and has three floors, of which highlights the decoration of the latter. It is accessed by 17 ramps with a vaulted roof. 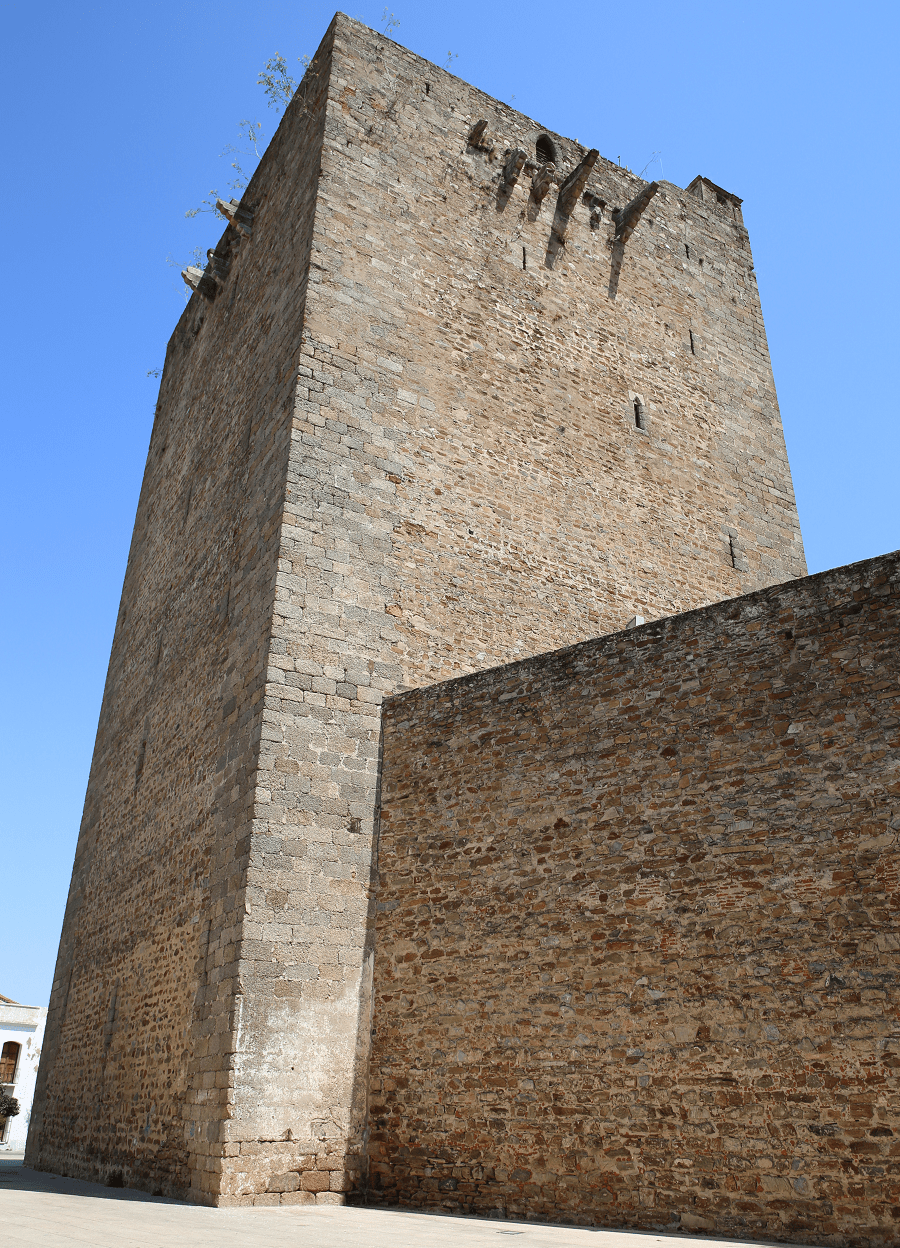 The Alconchel gate and the Angels gate are framed by two circular towers and have a vaulted semicircular span, without any decorative elements. It is protected by the decree of April 22, 1949 and Law 16/1985 on Spanish Historical Heritage. The medieval citadel is closed by the gates of La Gracia and that of San Sebastián, rebuilt in 2006. 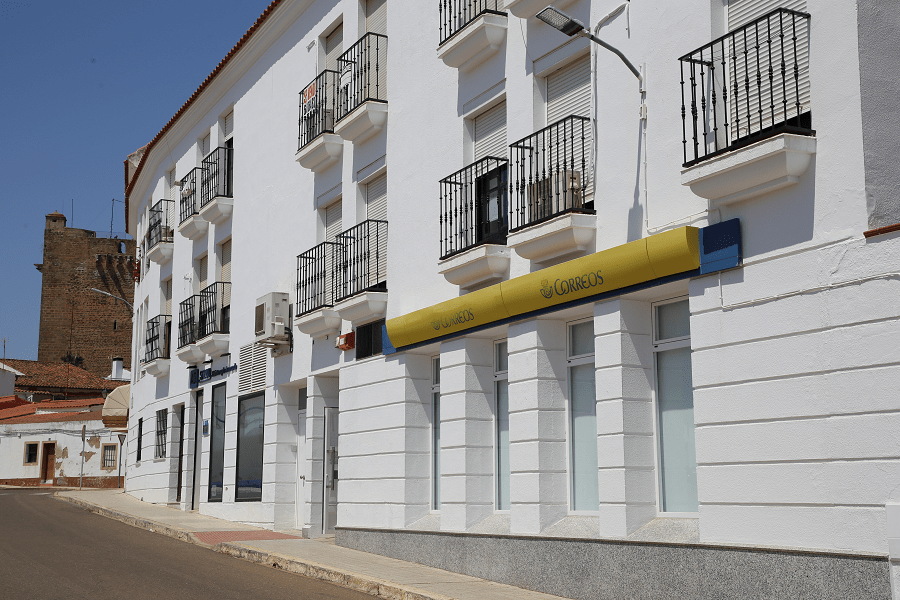 Today it encompasses and houses the González Santana Ethnographic Museum, named in honor of its creator Francisco González Santana. It hosts a spectacular recreation of different life activities in the Olivenza region in the early years of the 20th century. 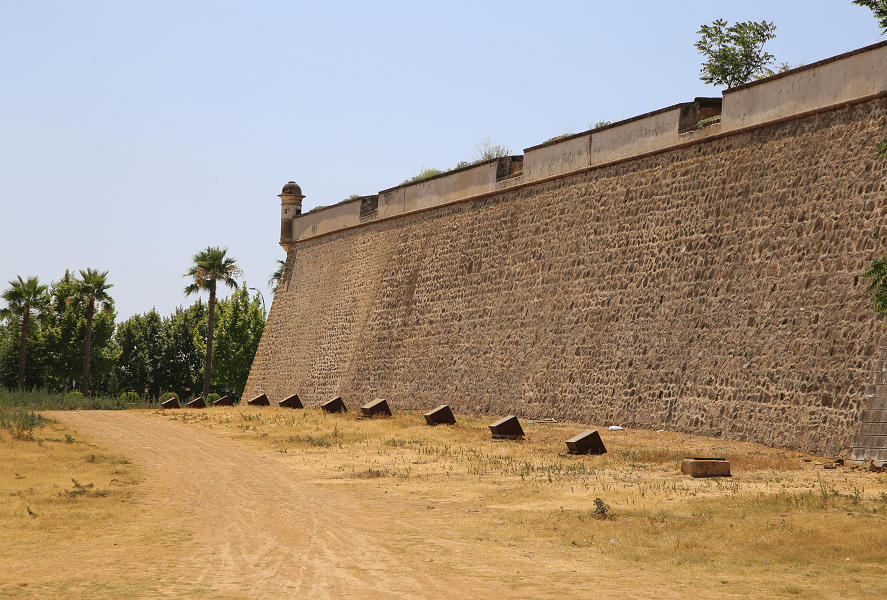 In the 14th century, the church belonged to the Order of Avis. In 1309, the Avis teacher Frei Lourenço Afonso granted King D. Dinis a third of the income of the church and of all the others that came to be built in the vicinity, to help the construction and maintenance works of the castle and its fortifications, so that they could improve the security of the town. 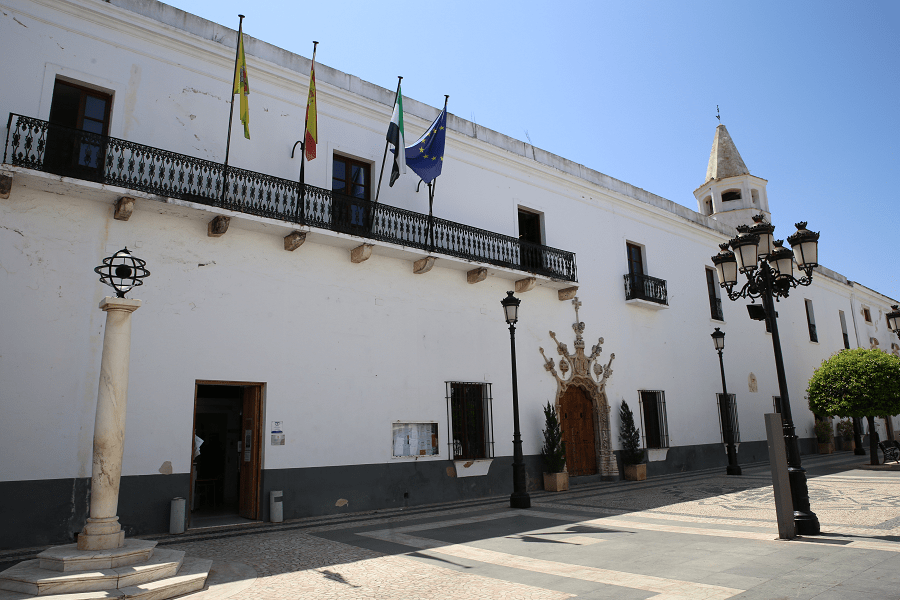 At the beginning of the 18th century, the church was already constituted as the main church of the town and had a rector and 5 beneficiaries.

Facade of the Town Hall.

The Church of Santa María Magdalena is a Catholic temple ordered to be built by King Manuel I of Portugal in the 16th century, having given the name to the parish and the municipality. Its construction was promoted by Frei Henrique de Coimbra, Bishop of Ceuta, promoter of the first mass in Brazil, buried inside. It was partly inspired by the Convent of Jesús de Setúbal and the Old Cathedral of Elvas. It became the headquarters of the Bishopric of Ceuta, after the inclusion of Olivenza in the territory of this Bishopric. 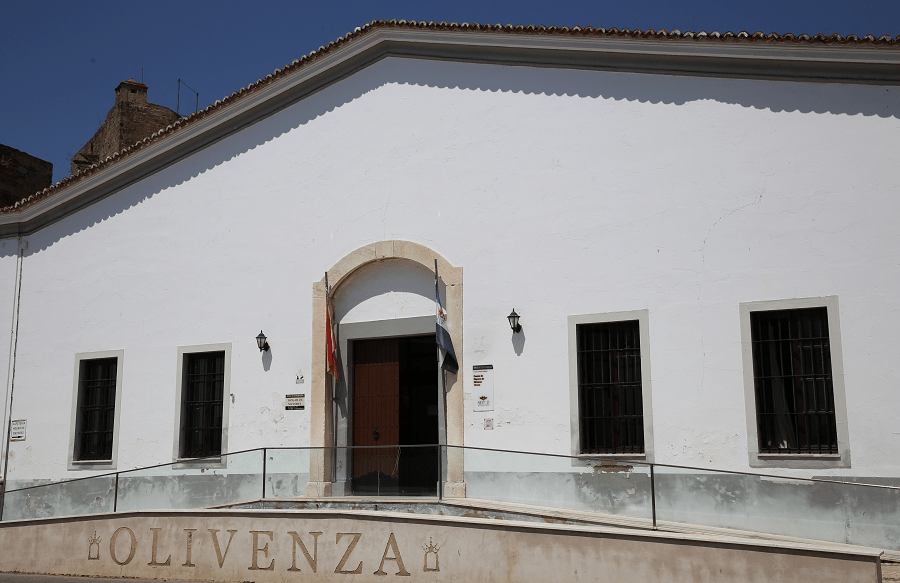 It is an example of the beauty and splendor of the Manueline style. The main gate was added later, during the Renaissance period. The interior features striking twisted columns, as well as six baroque tiled altarpieces. On the outside, it is also possible to observe the so-called false battlements, gargoyles and pinnacles, among other architectural elements. 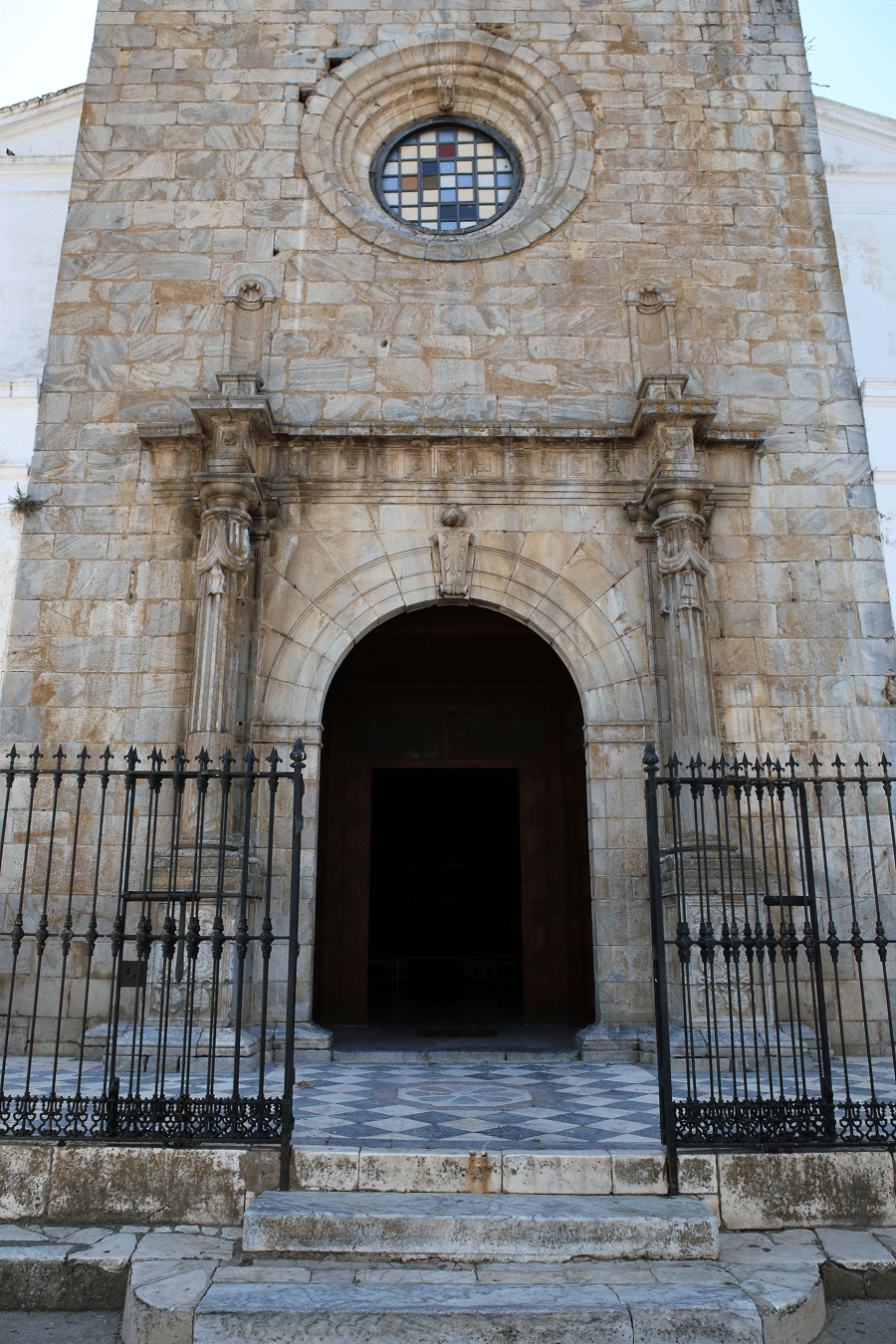 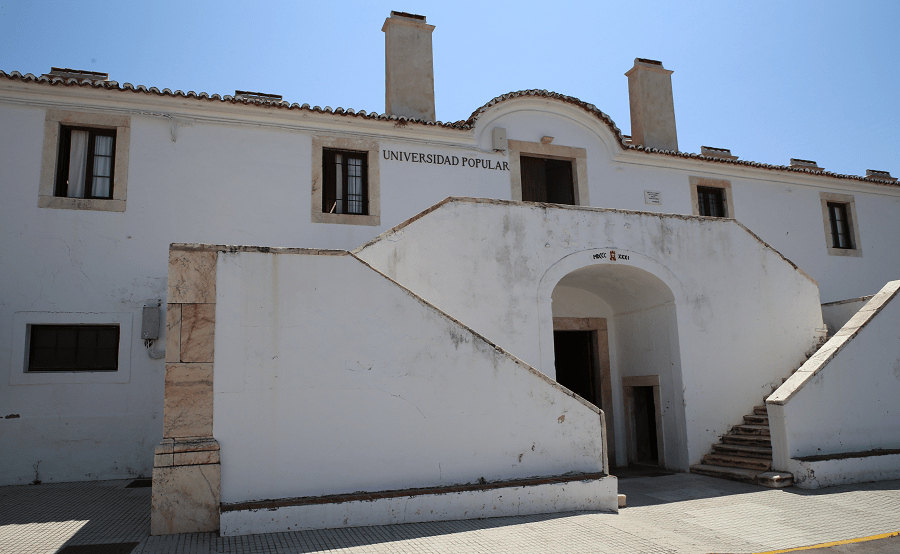 The Ajuda bridge is located over the Guadiana river, between the municipalities of Olivenza (Spain) and Elvas (Portugal). Built in 1510 by the Portuguese King Manuel I, it was partially destroyed in 1709, during the War of the Spanish Succession, and has not been rebuilt. 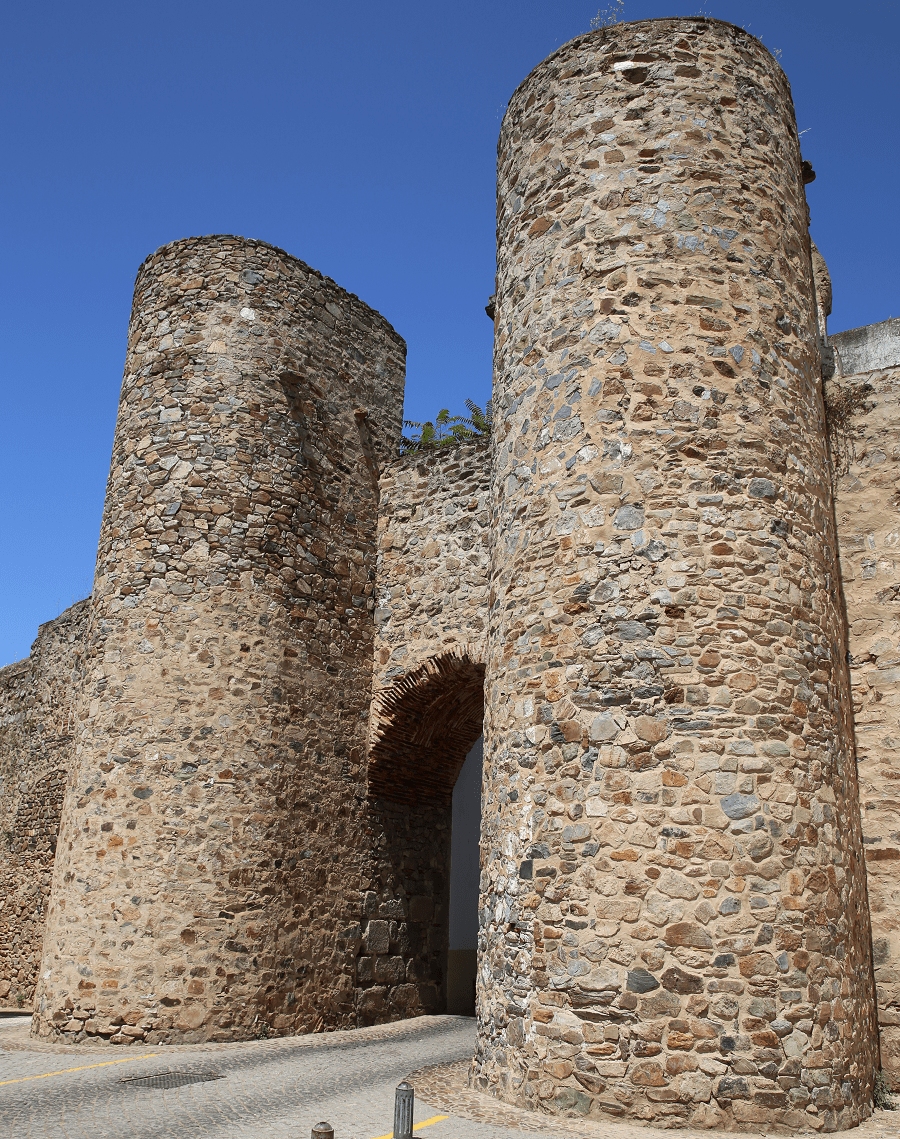 The Olivenza bullring is one of the first places to open the bullfighting fair season in Spain each year. At present it has a capacity of five thousand six hundred locations. 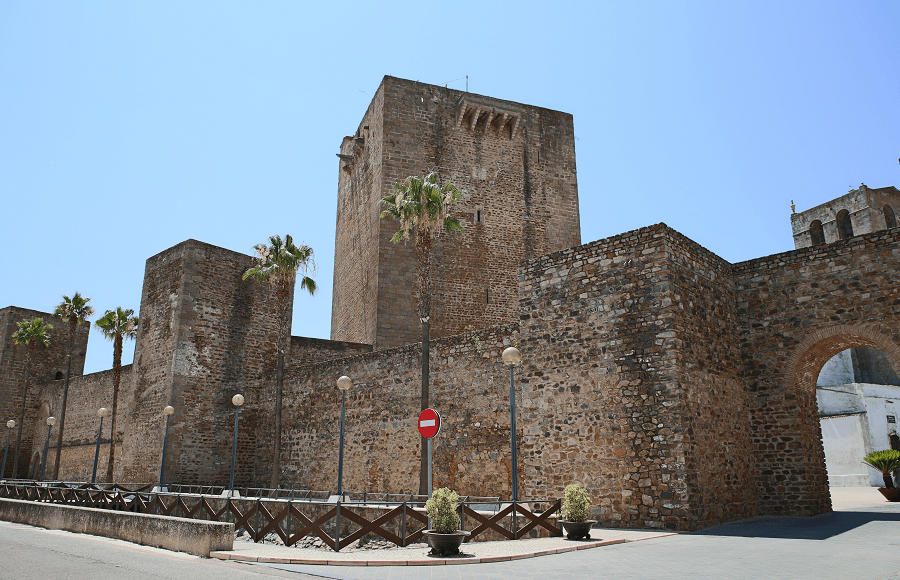 Valdecebadar is the name given to the remains of a 7th century Visigothic pre-Romanesque church, located to the north of the municipality, next to the Olivenza river, halfway between the regional highway EX-107 and the district of San Francisco de Olivenza. 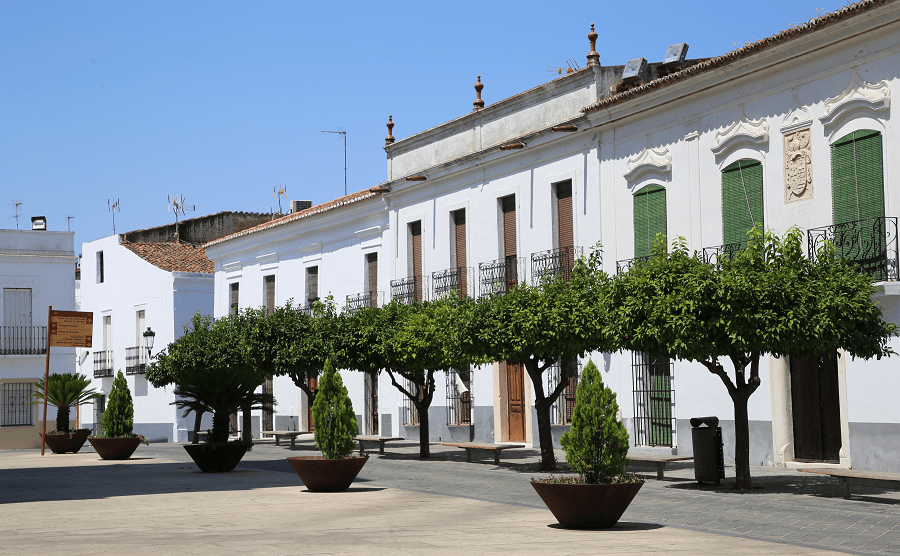 The ruins of the Valdecebadar church were discovered in 1976 and consist of the remains of low walls that were examined by Thilo Ulbert. 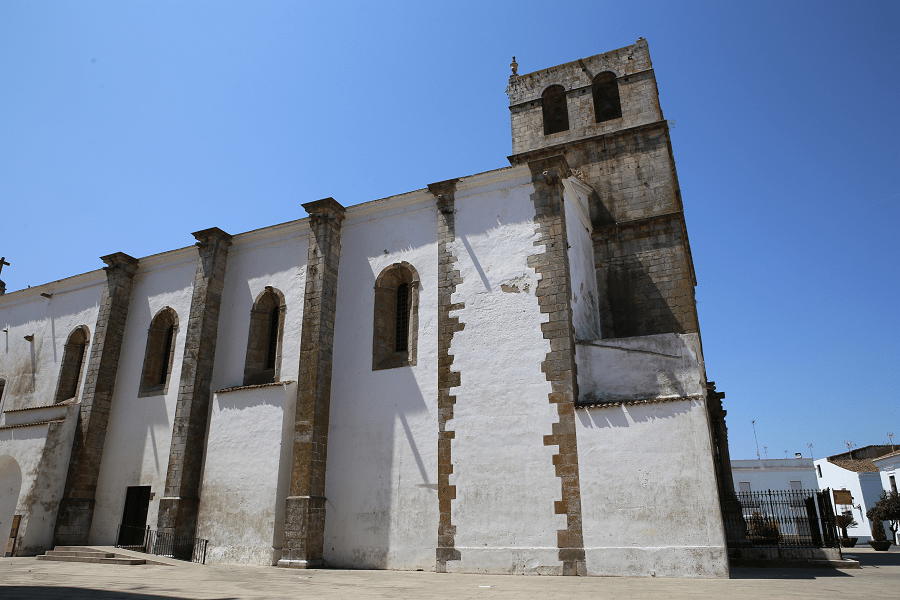 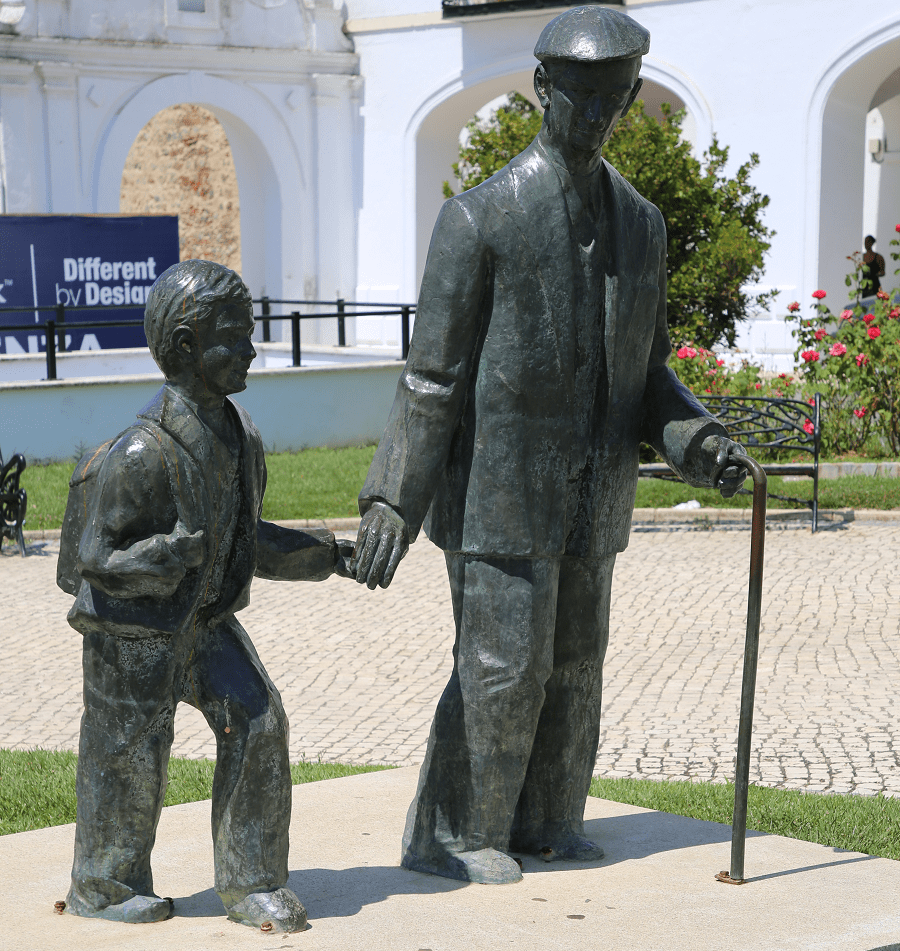 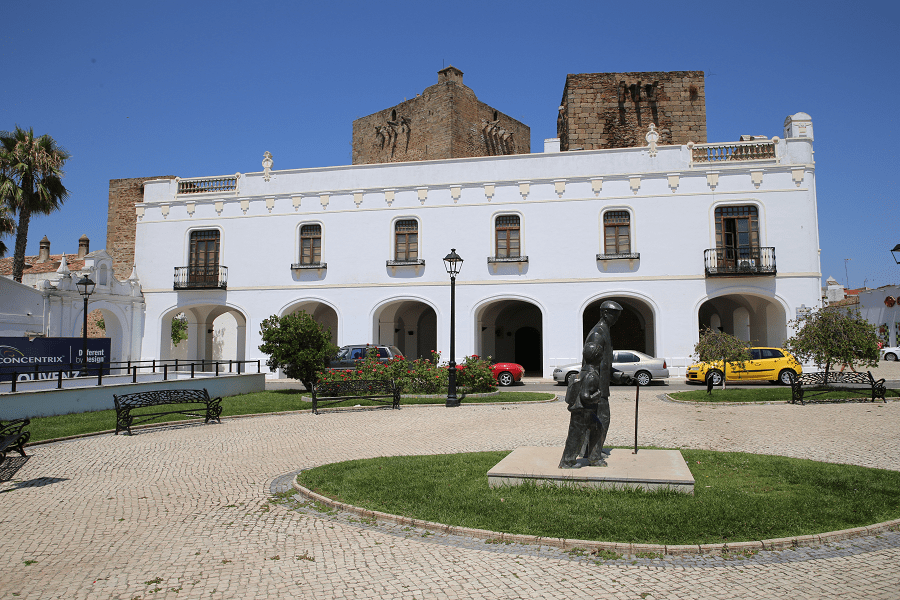