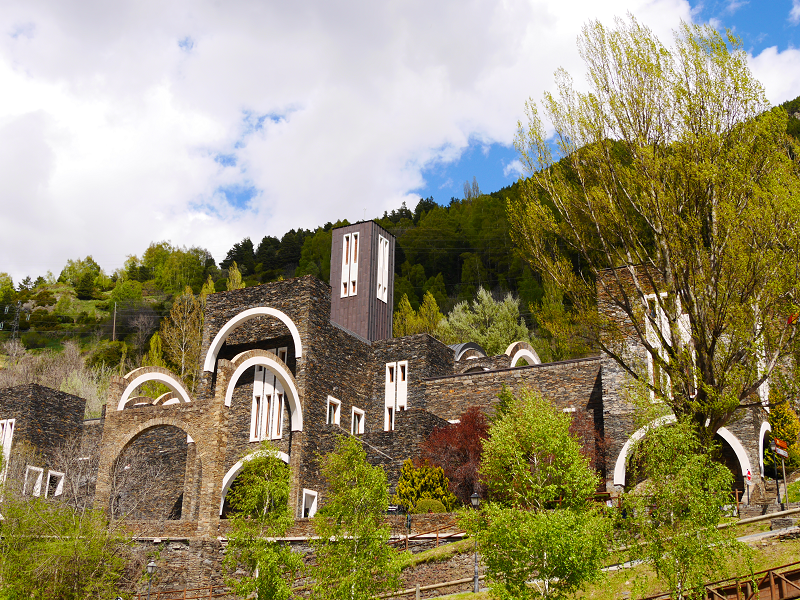 “Meritxell” means “Midday light”. Among other Andorran attractions this complex presents a special interest due to its scales and diversity. The territory of the church encompasses several architectural monuments: an ancient church in Romanesque style, new church and a capacious lecture hall.

The ancient church was built in honor of Holy Mother in the XVII century. In 1972 it was heavily destroyed by the fire. The church was restored only in 1994. Now there is a museum on the territory of the church, it tells the story of life of Meritxell Patroness as well as of the religious traditions of Andorran citizens.

The new church was built in 1976 by the project of the architect Richard Bofill. This eclectic building is an eminent combination of architectural creations with natural landscape.

The booking center: (+376) 839 760. The tours with a guide are available in July and August. The entrance to the territory of the church, including the lecture hall, is free.