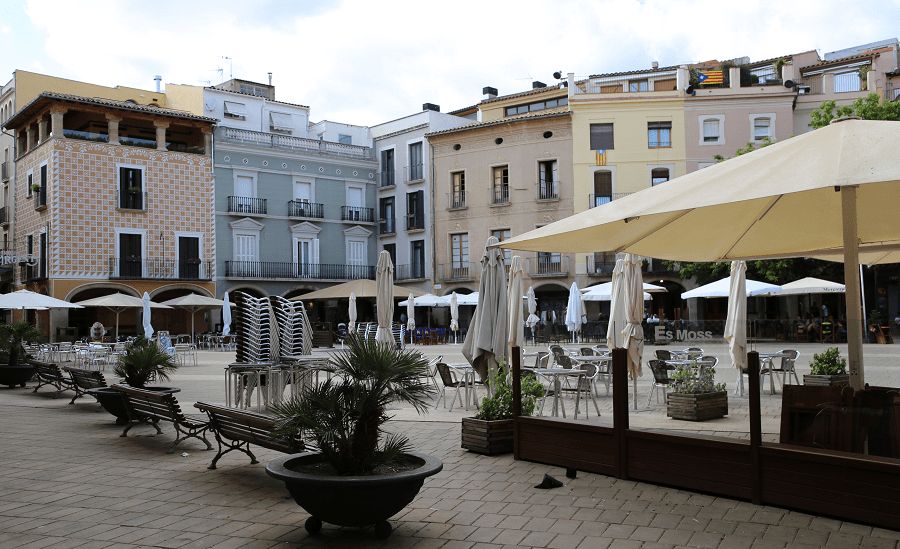 Igualada (Cat. Igualada) is a municipality in the province of Barcelona in Catalonia, Spain. It is located on the left bank of the Anoia River. 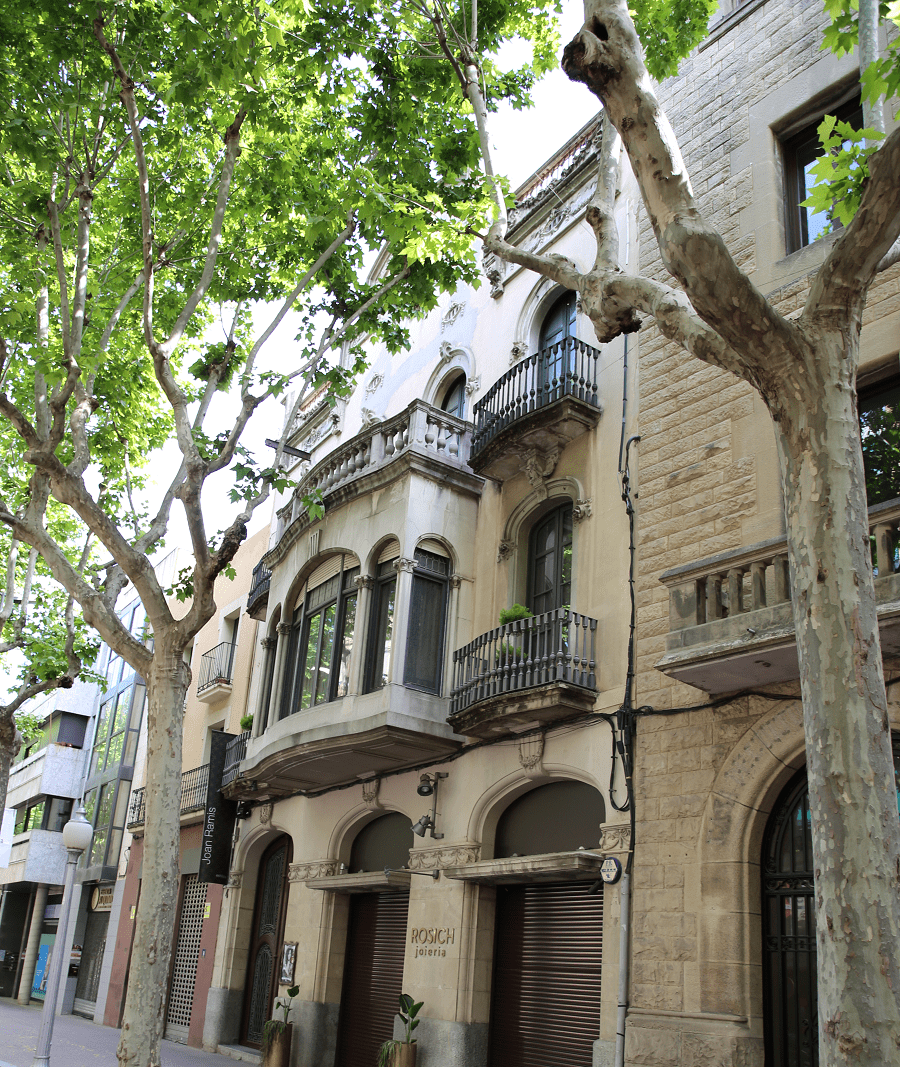 Ultramagic is a manufacturer of hot air balloons, based at the Igualada-Òdena airfield. It is the only manufacturer of hot air balloons in Spain, and the second largest in the world. The company produces from 80 to 120 balloons per year, with 80% of them exported to Europe, North America, South America, Africa and Japan. The company can produce massive balloons, such as the N-500 that accommodates up to 27 persons in the basket. Ultramagic has also produced many balloons with special shapes, as well as cold air inflatables.

Ultramagic is one of the organizers of the European Balloon Festival, that includes competitions, exhibitions and a night glow. The festival gathers around 60 balloonists from Europe, and other countries such as Israel, India, Japan, Brazil and Argentina. 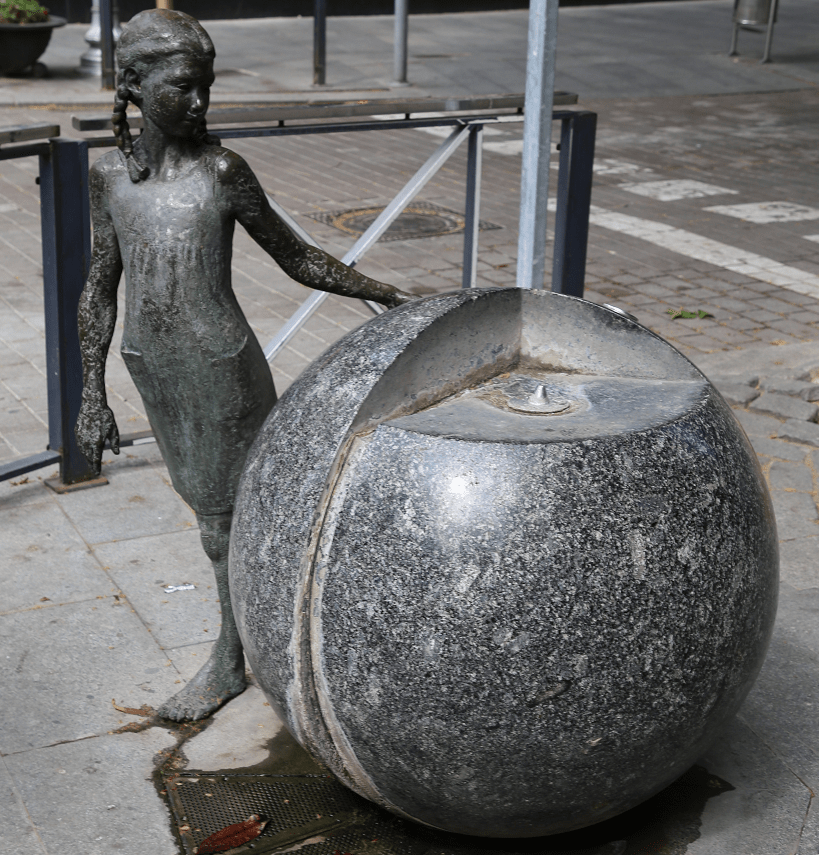 Igualada City Council is a part of the Inventory of the Architectural Heritage of Catalonia. The façade is presided over by a large iron balcony that occupies three-fifths of it. There is a mural by Aladio Duch and Mosterio (1967). 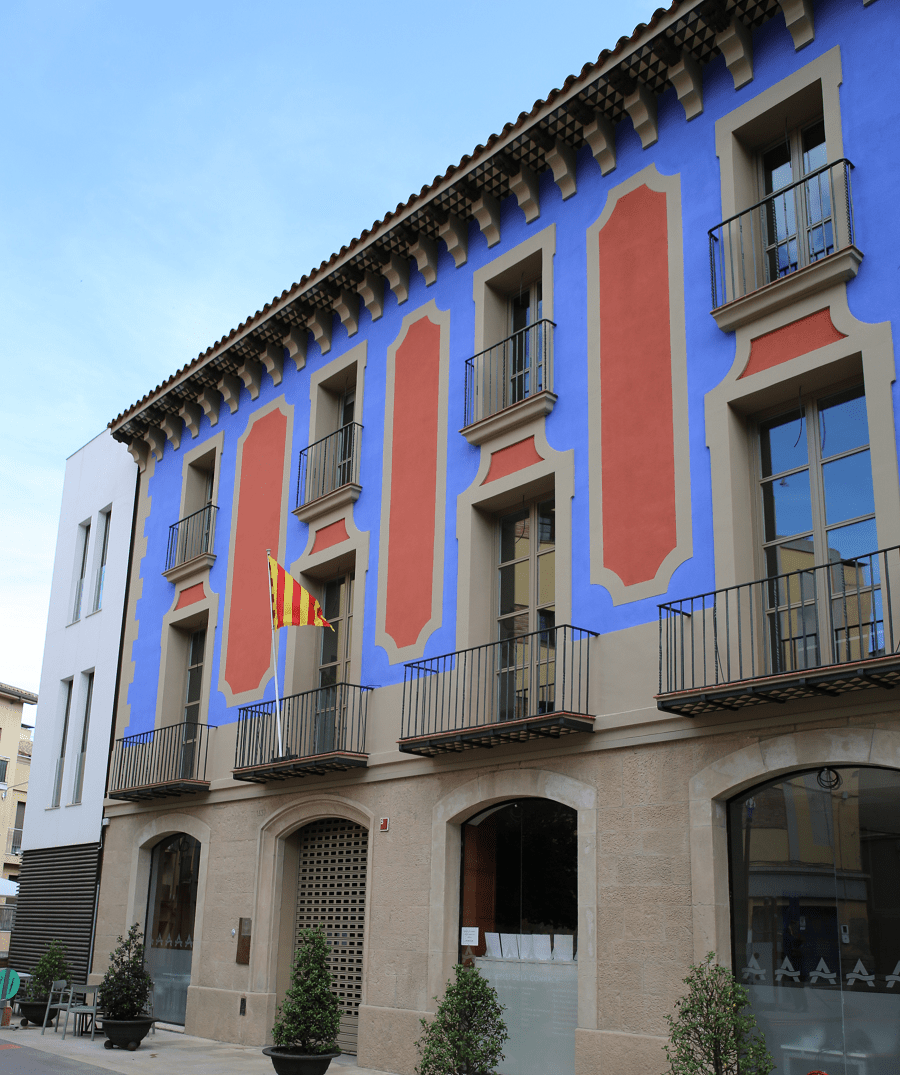 Plaça de l’Ajuntament is an architectural ensemble protected as a cultural asset of local interest. This square has always been the center of Igualada life. The key space of the city is surrounded by residential buildings with commercial premises. 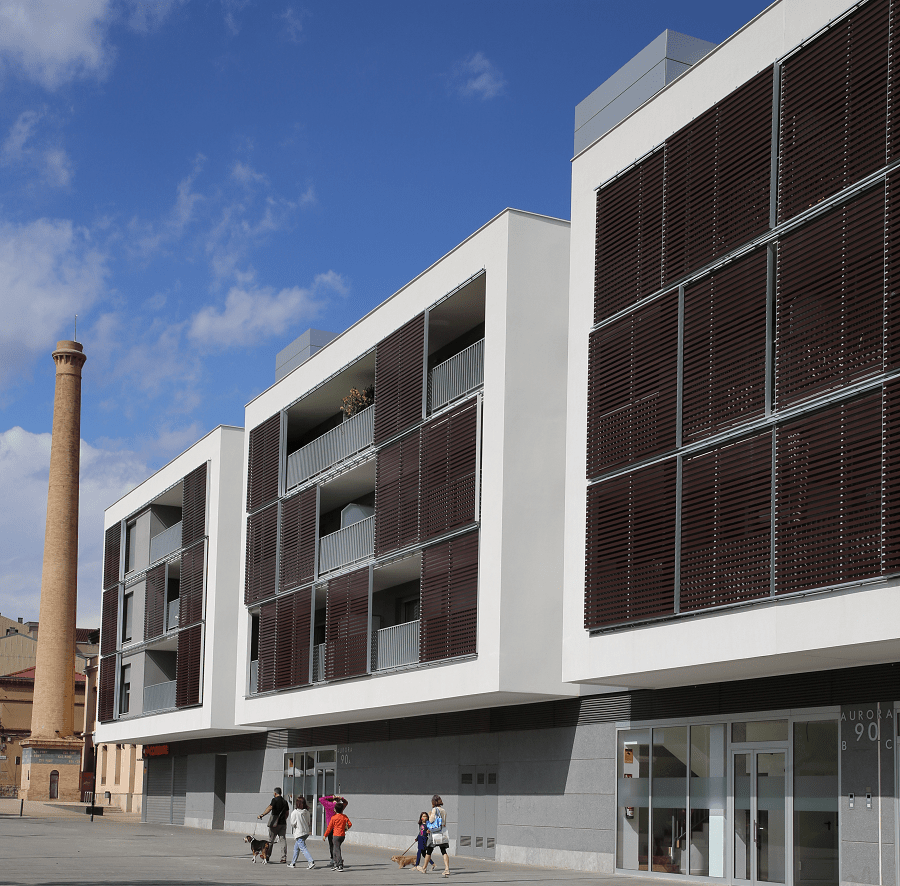 Cal Maurici in Plaça de l’Ajuntament is a building in the municipality of Igualada, part of the Inventory of the Architectural Heritage of Catalonia. It is a five-storey apartment building. Although the building was converted in the 1950s, traces of modernism can still be seen on the upper floors of the building, including balconies with wrought iron railings with geometric and floral designs, as well as magnificent stone reliefs. 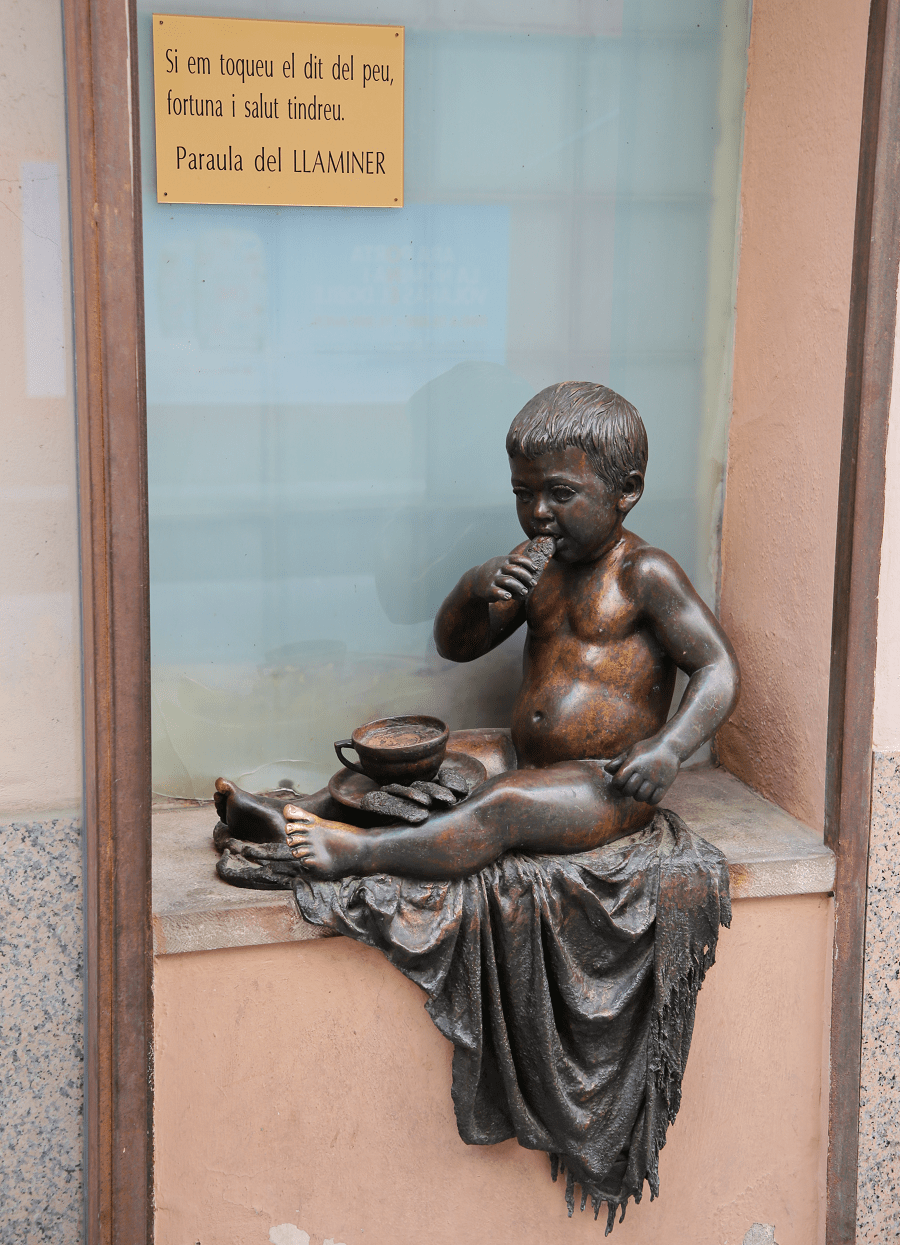 Can Rovira is a building in the municipality of Igualada, part of the Inventory of the Architectural Heritage of Catalonia. This neoclassical building is characterized by great structural and decorative simplicity. Differs in a completely symmetrical composition. It is supported by three ancient arches. 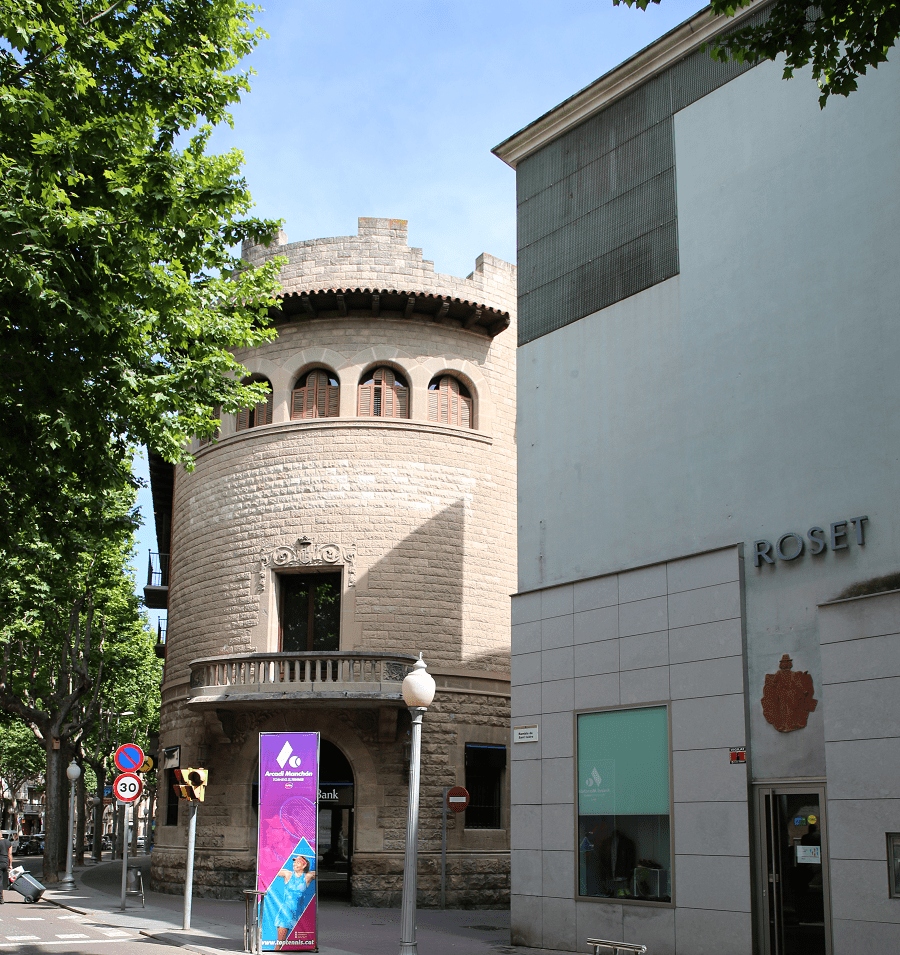 Cal Roure is a building in the municipality of Igualada, part of the Inventory of the Architectural Heritage of Catalonia. The building stands on part of an old porch, the facade is completely flat. 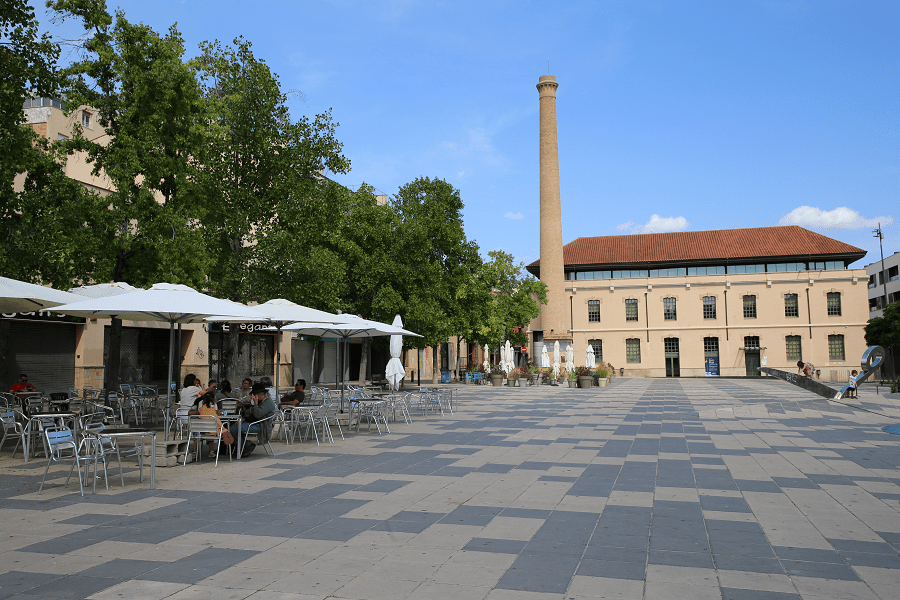 Cal Poncell-Castelltort is a part of the Inventory of the Architectural Heritage of Catalonia. It is a three-storey building from the beginning of the century where the compositional elements form the decoration at the same time, focusing mainly on the ground floor and the first floor.

Cal Perico is a modernist work protected as a Cultural Asset of Local Interest. Apartment building made with stone ashlars; of rectangular plant and three floors of height. The first floor has a balcony with three large windows and an iron railings with floral ornaments. 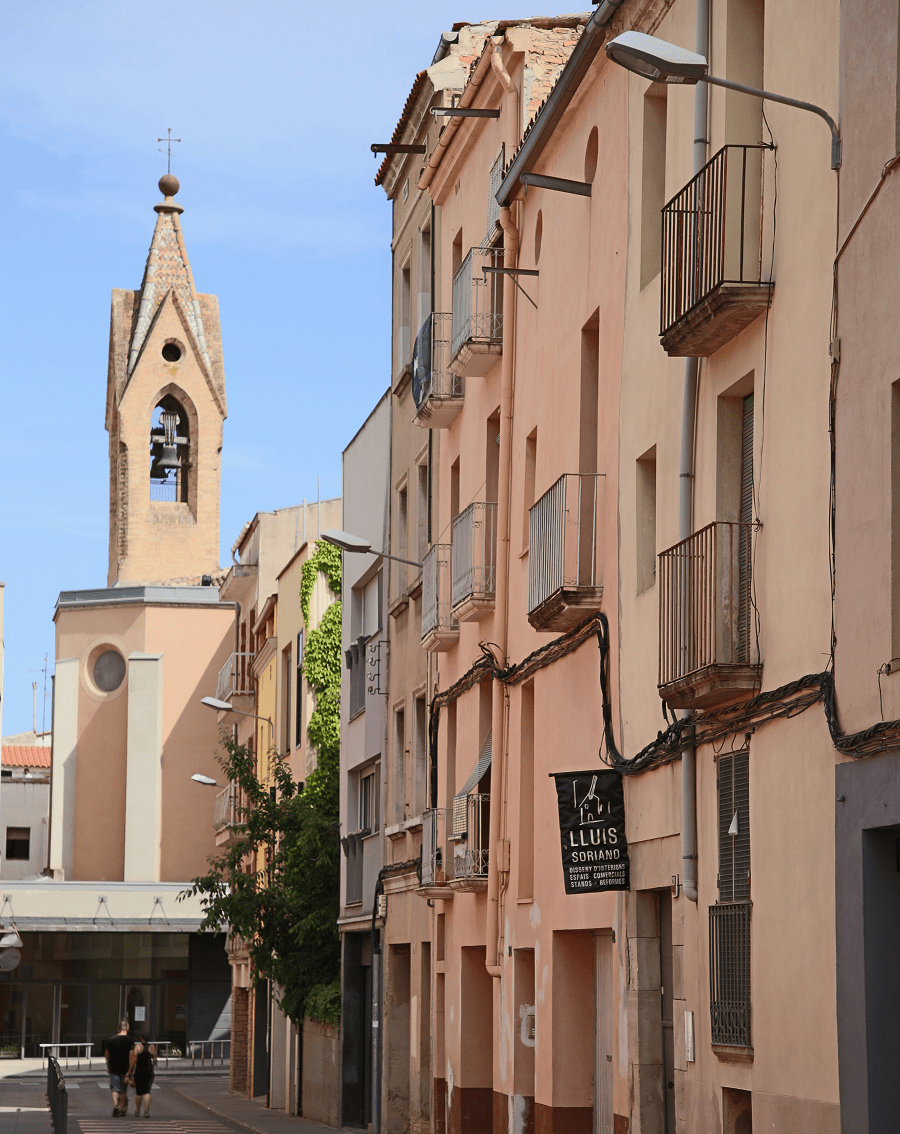 Casa Munguet is a modernist building protected as a cultural asset of local interest. It is a two-storey house.  On the first floor the balconies have railings in a row.

Ca l’Artés is a building in the municipality of Igualada. Its first owner was the Muntadas family, who later moved to Barcelona. Mr. Antoni Artés i Puig then bought the house and it is still inhabited by the Artés family. It is part of the Inventory of the Architectural Heritage of Catalonia. 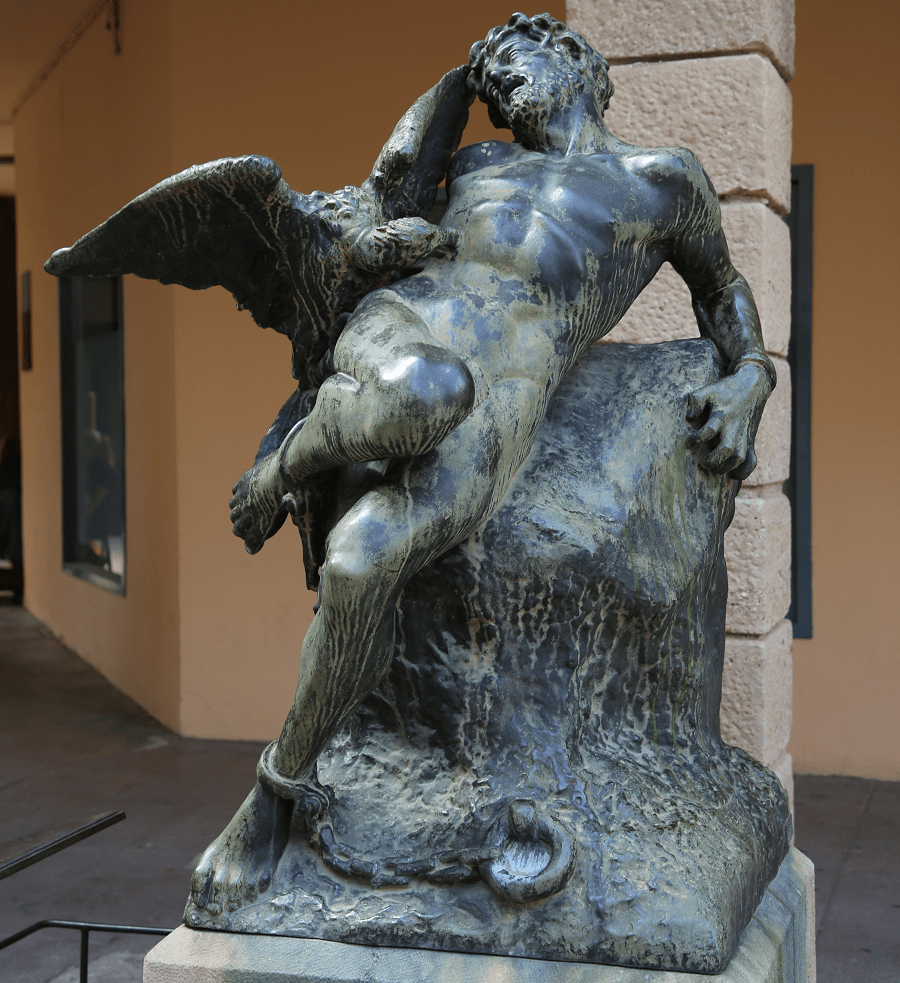 Cal Franquesa is a modernist building in the municipality of Igualada protected as a cultural asset of local interest. It is a living and commercial building, which occupies the entire Custiol-Roser corner.

The Punto Blanco Factory is a building rationalist architecture designed by the architect Robert Terradas i Via and belonging to the textile company Industrias Valls, known by the brand Punto Blanco. At the time it was built it was a real innovation in the industrial architecture of the city. 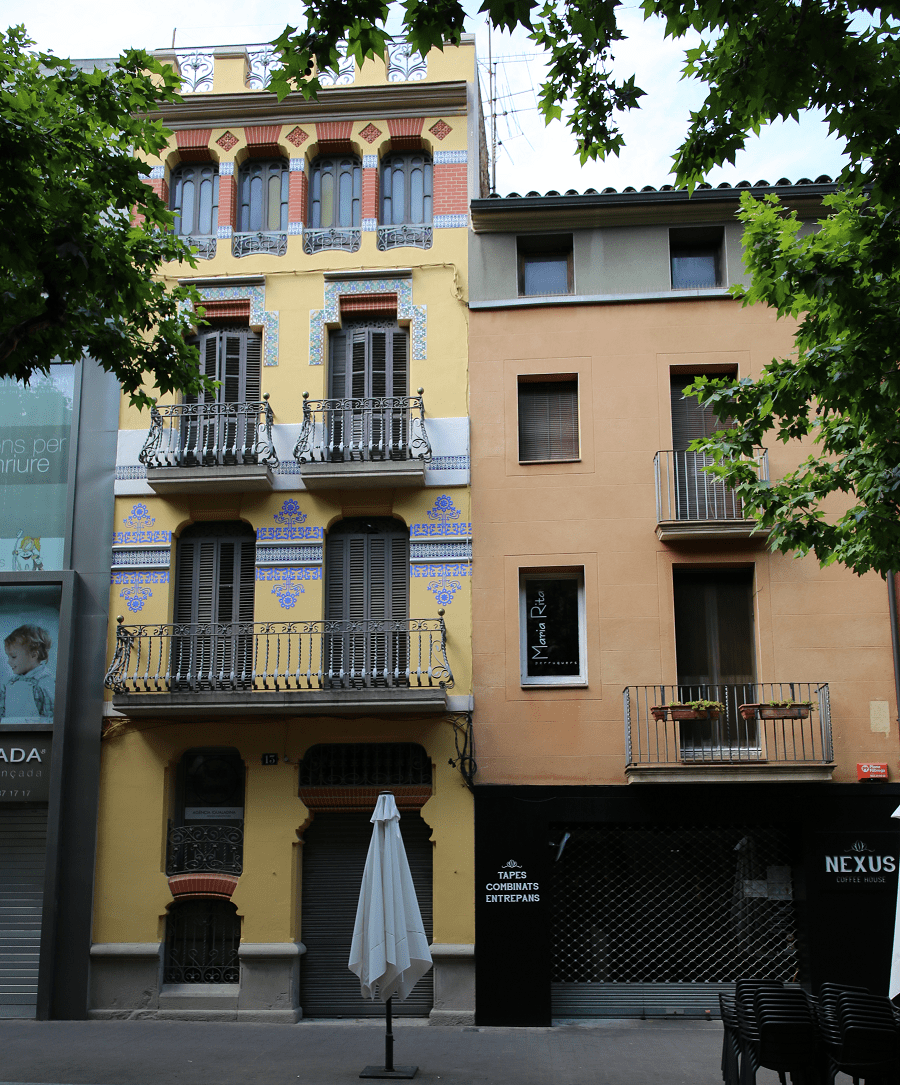 The House of the old Molí Fariner is a Noucentista work from Igualada (Anoia) included in the Inventory of the Architectural Heritage of Catalonia. There was once a flour mill here that no longer exists.

The Convent of Sant Agustí is a convent founded in Igualada in 1393, by Augustinian monks from the Convent of Sant Agustí in Barcelona. It was located outside the city walls to the west of the city, in the current Castells Square, where there was the previous chapel of Santa Maria Egipcíaca that had been built around 1336. The convent was occupied by the Augustinians until 1835. It is a protected building as a cultural asset of local interest. 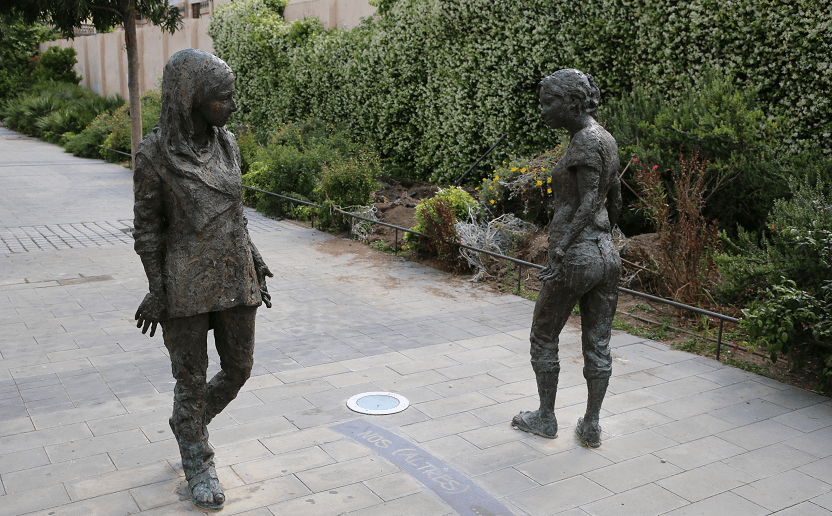 The Cercle Mercantil is a unique building in Igualada promoted by the Godó family, which was inaugurated in 1899 as the headquarters of the Círculo Mercantil, Industrial y Agrícola. The building, protected as a cultural asset of local interest, has hosted theatrical activities under the name La Sala since 2006.

Les Muralles d’Igualada or the walled enclosure includes two portals of the 15th century, the portal of Vives and the portal of the Font Major. It is a work declared a cultural asset of national interest. 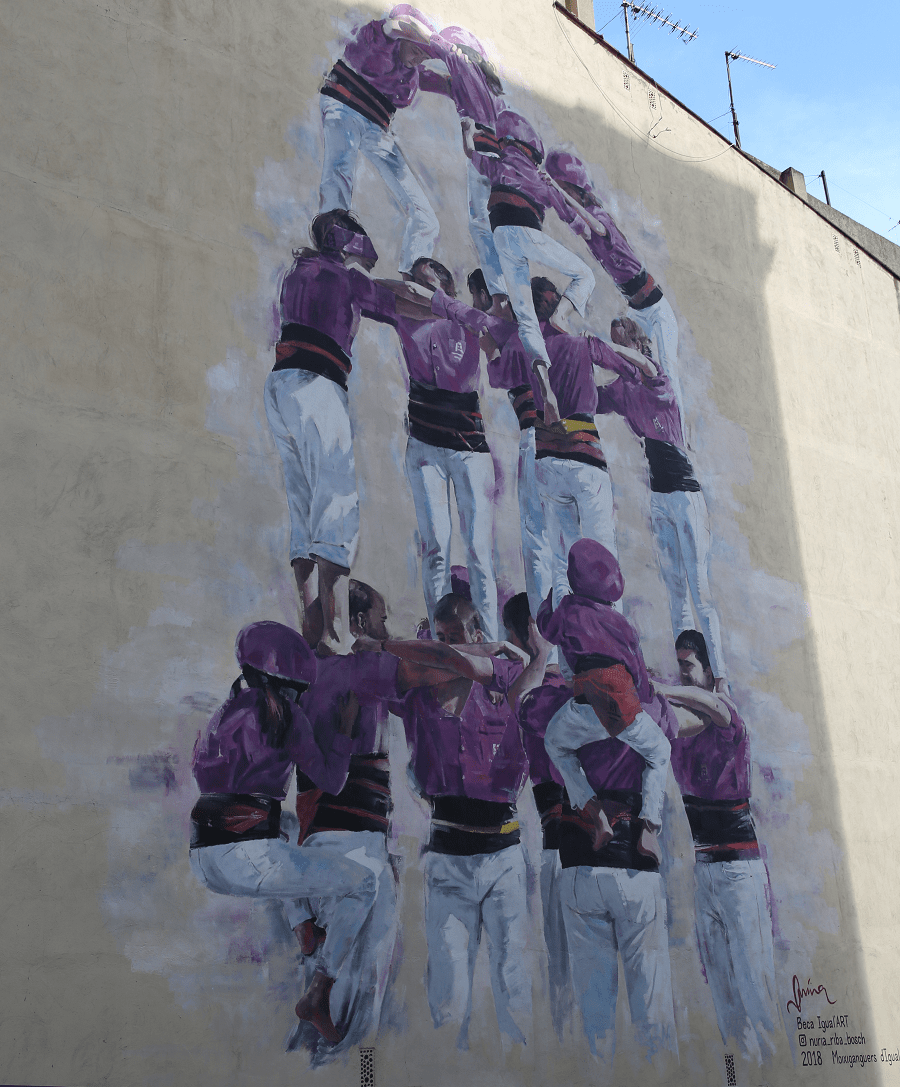 Santa Maria d’Igualada or the Great Church is a basilica of the municipality of Igualada. It is the most important historical and artistic complex in the capital of Anoia. The first inhabitants of Igualada settled, around the year 1000, in the area where the current basilica is located, where the crossroads connecting Barcelona with Aragon and New Catalonia with Old Catalonia were located.  Although the origins of the church go back to the early 11th century, most of the current building is from the 17th century. It is a building declared a cultural asset of national interest. 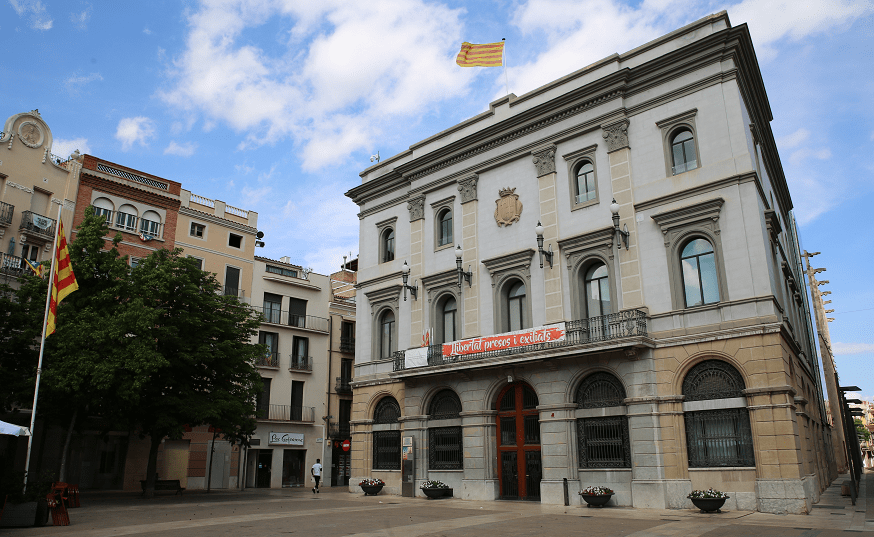 La Igualadina Cotonera, also known as Vapor Vell or Cal Godó, is an old factory in Igualada used to make cotton. Built between 1841 and 1842, it is the oldest preserved Manchester-style factory in Catalonia. It was one of the main manufacturing centers for cotton yarn and fabrics during the Industrial Revolution of Catalonia and operated until 1967.

The Igualada Leather Museum (Museu de la Pell d’Igualada) opened in 1954. It was the first leather museum in Spain and the third in Europe. The collections are displayed in two nearby buildings in Igualada: the “Cal Boyer” building, a former cotton textile factory from the late 19th century, and the “Cal Granotes” building, an 18th-century tannery.

The “Igualada Muleteer’s Museum – Antoni Ros Collection” explains the evolution of transport using animals such as mules, horses, oxen, and the different relationships that paved the way for the profession of muleteer. It is distributed into three main thematic areas: professions, saddles and bridles, and carriages. 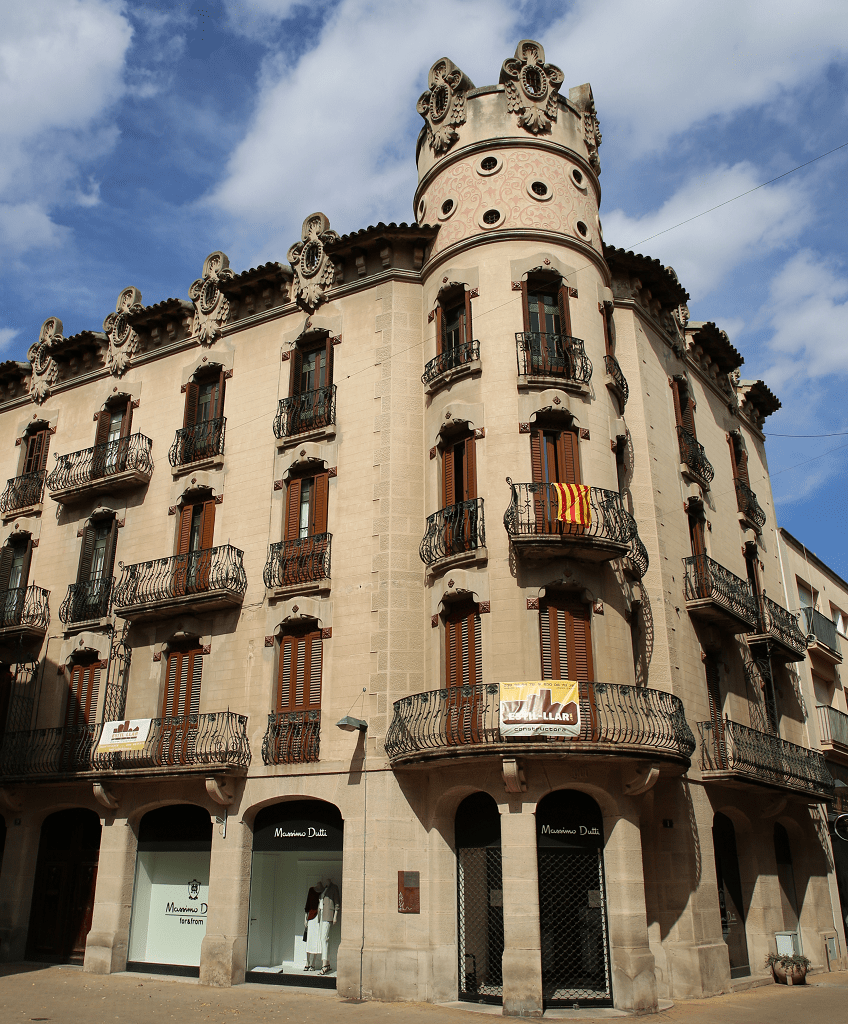 Railhome BCN is a museum of miniature trains and objects related to the railway world, located in Igualada. It is one of the largest modeling museums in the country, opened in July 2014. In a space of more than 500 m2 there is a model railway of 200 m2 on an HQ scale that recreates profiles of a Central European city, 3000 pieces of miniature trains, machines and wagons, and objects of real use such as streetlights, railway company stock, and historical photographs. The model is C-shaped, allowing it to be seen on all four sides, including mountains, hills, rivers, lakes, orchards, small villages and industrial ports and a cable car. 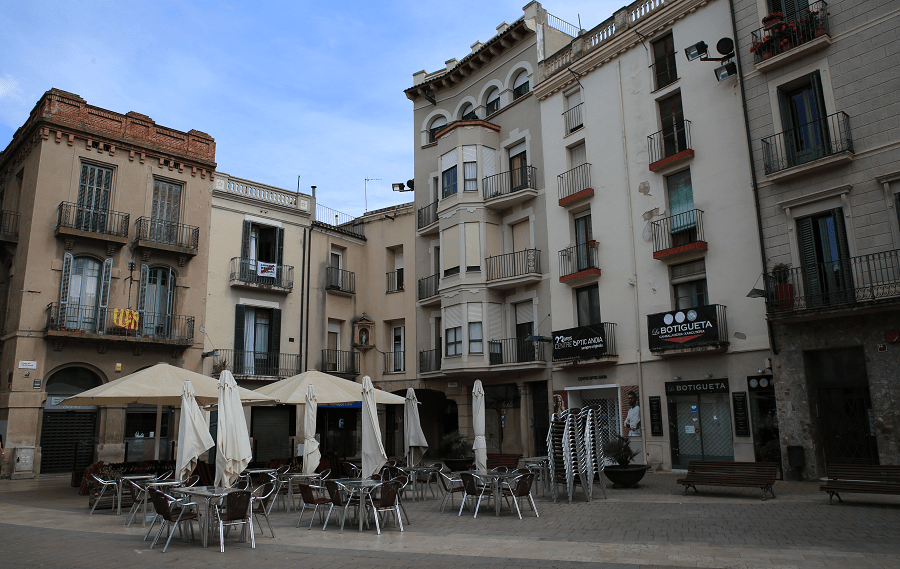 The weekly market in Igualada is held: every Wednesday, every Saturday, in Carrer Santa Joaquima de Vedruna.

Two km from Igualada is the Aerodrome of Igualada-Òdena General Vives, which has a project to become the Corporate Airport of private aviation, with the capacity to operate short and medium flights. 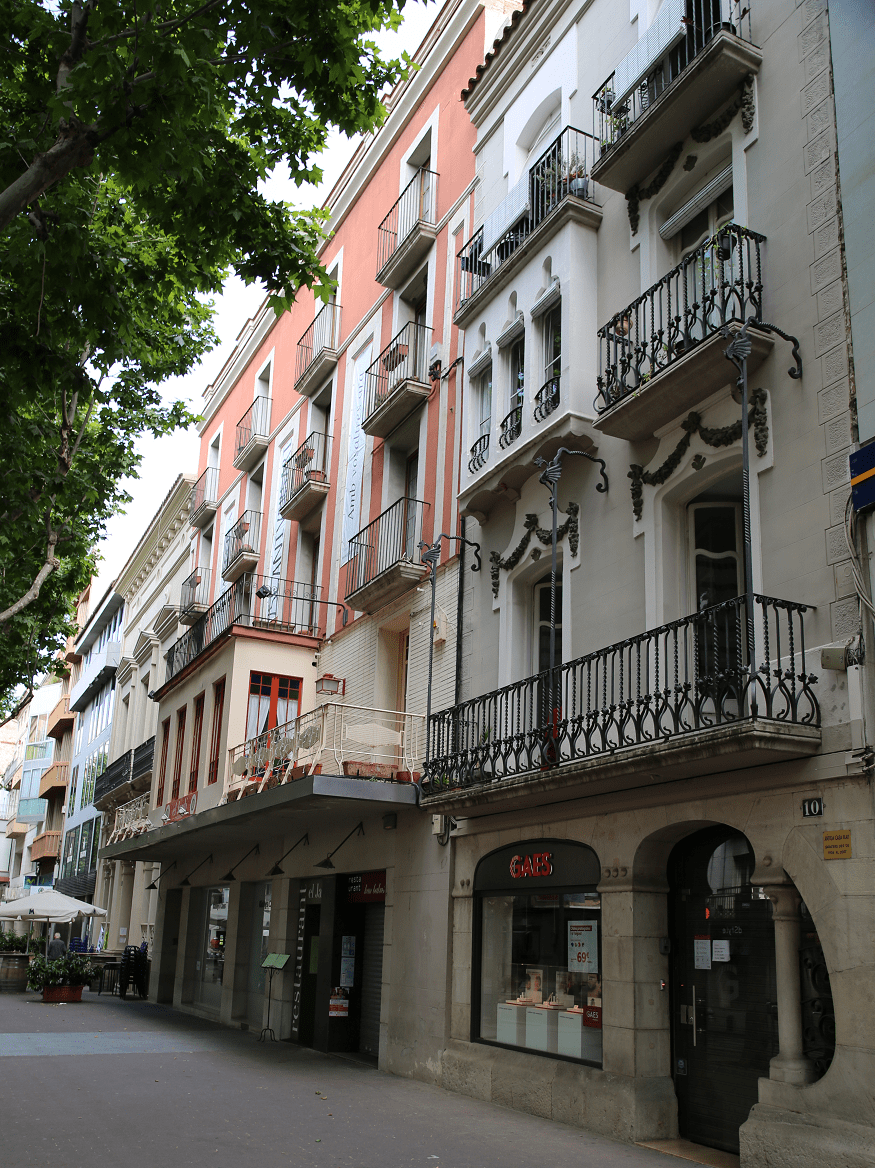