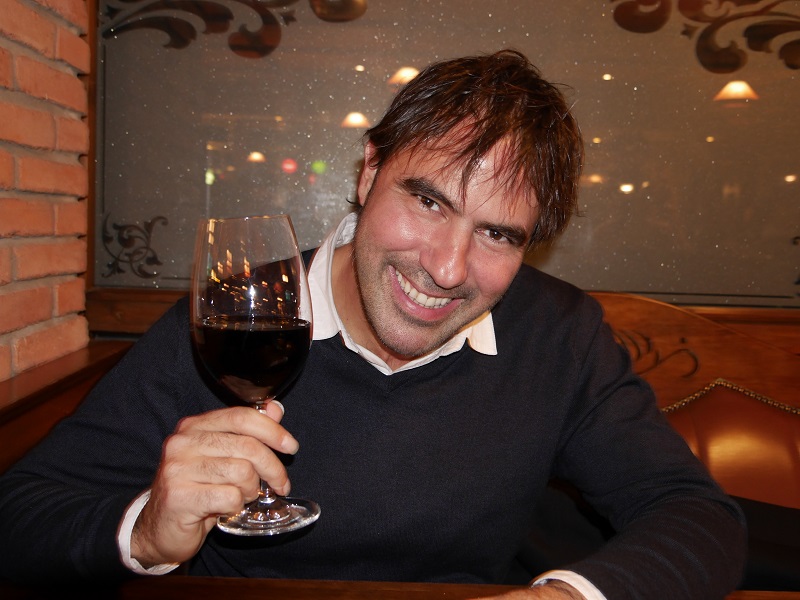 The most popular singer and songwriter in Andorra, born in Spain, Patxi Leiva spoke to all-andorra.com about Andorra’s musical culture and the latest trends in contemporary music.

How did you understand that you were a musician?

Since I can remember, music has always accompanied me in some way in my life. I have always sung and had a good sense of rhythm since birth. I wrote my first song when I was 13 years old, but it was a sad song – I wrote it when my grandmother died. I remember singing this song to my friends and they all cried. That was a sad memory and I didn’t like the fact that my music had caused so much pain.

I wanted to write something optimistic. But writing a sad song when you’re sad is much easier or is more natural than writing a song to encourage someone, especially for someone you do not know at all. When I wrote my new song “és Nadal a Andorra” (“Christmas in Andorra”, listen here), I wanted to create something positive and a festive atmosphere for all: children and adults.

What is the main thing in music?

My musical principle is “Menos es mas” (“Less is more”). The rhythm is important, too. It determines the meaning of any song. The same song can be sung in different ways, and the reaction will be different – even if the words are the same. So, every time I look for music to say what I want.

What style is your music? What is it about?

Did you study music?

Never. I am self-taught.

Do you write music and lyrics?

Yes, I write the lyrics and compose the music.

What appears first – the music or the words?

The music. Sometimes music and words come at the same time. But poetry is always limited by rhythm. So I always search for the rhythm of words.

Anything that surprises me and affects my feelings. For example, the song “Mi frente con tu ombligo” I wrote in Moscow. I was very surprised that in Moscow guys still dance in Charleston style. It inspired me.

Another thing, when you are asked to write a song. Par example, I am the author of hymns de la Seu d’Urgell. To write it I had to learn the style, the rhythm of life of the inhabitants of this city, enter into the world of its history and traditions, and learn the music they love.

English is very vocal. But curiously, Catalan and English are very similar in their melody. Spanish is more rhythmic with many consonants “p”, “r”, “s”, “t”. And in Spanish, the words are longer than in English or Catalan – normally, more than one syllable.

The Russian language is exotic for me. It is quite hard, like German, for rhythmic songs. But at the same time, the Russians love to sing romances and lyrical songs. The Russian language is equally well received in both cases. The Russians are sentimental but they keep their feelings. Therefore, the first impression I get from the Russians is that they are cold. But when I start singing in Russia, in 20-30 minutes the situation changes dramatically. And I could say that the Russians may be more passionate than the Spaniards, although the Spaniards are more open from the beginning.

And what do you say about the Andorran audiences?

When I play here in Andorra, I play at home, and it feels like a concert. The public needs less time to “enter” to the world of music, start singing or dancing. But if it’s a concert, not a private party, I notice, people here often watch from all sides, observing the reaction of others, before showing their own emotions. But that’s normal.

When I play alone, I do not have a repertoire – it’s always improvisation. For the musician, the key is to be in connection with the audience, to feel the people’s mood. The music is a party. People should have fun – they came for that! A good musician is a psychologist. In addition, a good musician controls the audience – the audience listens to what the musician wants to say.

How is the musical culture in this country?

In Andorra the musical culture is mixed. I have been living in Andorra for 20 years,  and I see that tastes in music here are very varied: Pop, Rock, Jazz, Death Metal, Bossa, Rumba. Now I can say that English is becoming more and more popular among the Andorran artists. At the same time, there are people who do not like to sing in Spanish. Maybe it’s a political thing, indeed, the official language of Andorra is Catalan … But in my repertoire, I have songs in French, Catalan or English but the majority of my songs are in Spanish.

The Andorran public, like most Catalans, love music in the rumba style. It’s a perfect style for dancing and having fun.

So while most of Andorra’s inhabitants are Spaniards, it wouldn’t be true to say that the favorite music here is the one played with the Spanish guitar?

Not at all! As I said before, there are many singers who sing in English. 70-80% of all songs are sung in English, then follows Spanish, Catalan and French.

What is the ideal length of a concert in Andorra?

In Andorra, as everywhere else, the ideal length of a concert is one hour and a half. But typically the public does not let me go for two hours or more. It’s always difficult for me to leave the stage – this is my nature … Especially when I play for small parties – I see people who want to dance, to have fun, and I keep playing for them. I like to feel a warm atmosphere, and I like the eye contact with the public.

Concerts for a wide audience – it’s completely different. I played at concerts up to 2000 people. It’s such a powerful energy wave!

Are there many musicians in Andorra?

Yes, quite a lot. In the ARTALROC exhibition center, there is an exhibition “Vermut i art al Roc” dedicated to the musicians of Andorra. It is a magnificent piece. Please, do not leave Andorra without visiting the exhibition!

Is there a music studio in Andorra?

Yes, there are professional studios. I’ve recorded songs here and some songs in Barcelona, ​​Sabadell, and Madrid, too.

How often do concerts take place in Andorra? Which musicians come here?

Every year in Andorra they organize more and more concerts. In the spring, there is Andorra SaxFest, the festival of musicians in the street, and every summer in the different parishes they organize musical parties. In winter, in the Christmas village every weekend there are also concerts. For example, I’m going to sing on December 16th.

However, I do believe that we need to improve advertising for cultural events to better inform residents and tourists in Andorra.