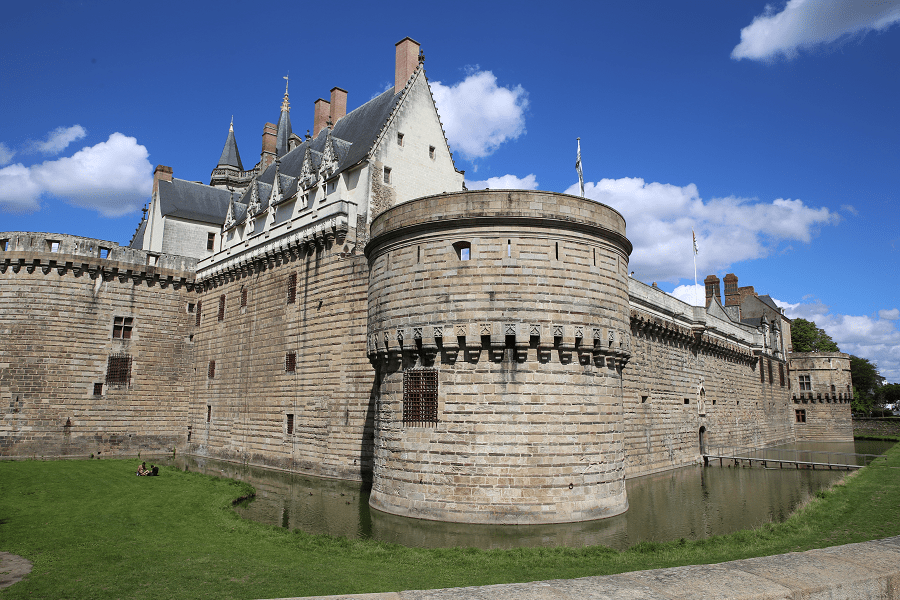 Nantes castle (fr. Château des ducs de Bretagne).  The castle has been listed as a monument historique by the French Ministry of Culture since 1862.

Founded by the Dukes of Brittany in the 13th century to constitute a defensive base in Nantes, the castle became, under François II, the main Breton ducal residence. Its military function was also used by the Duke during the Mad War when he opposed the King of France. His daughter, Duchess Anne, was later forced to marry two successive kings of France, Charles VIII and Louis XII. These marriages bring about the union of Brittany with France, definitively sealed by an edict signed at the castle in 1532, by François Ier. Therefore, the castle loses its status as a ducal residence to become a royal fortress.

Entrance to the museum and temporary exhibitions 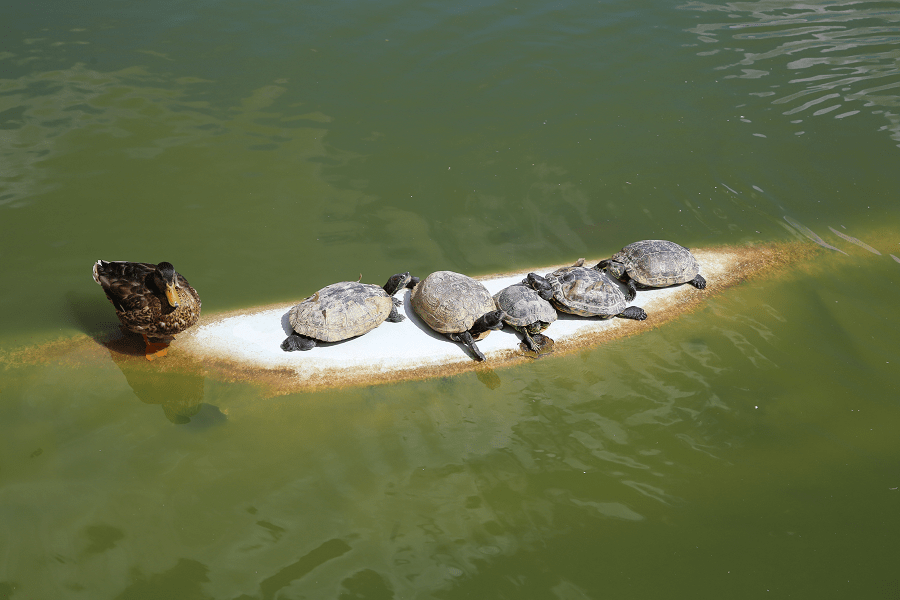 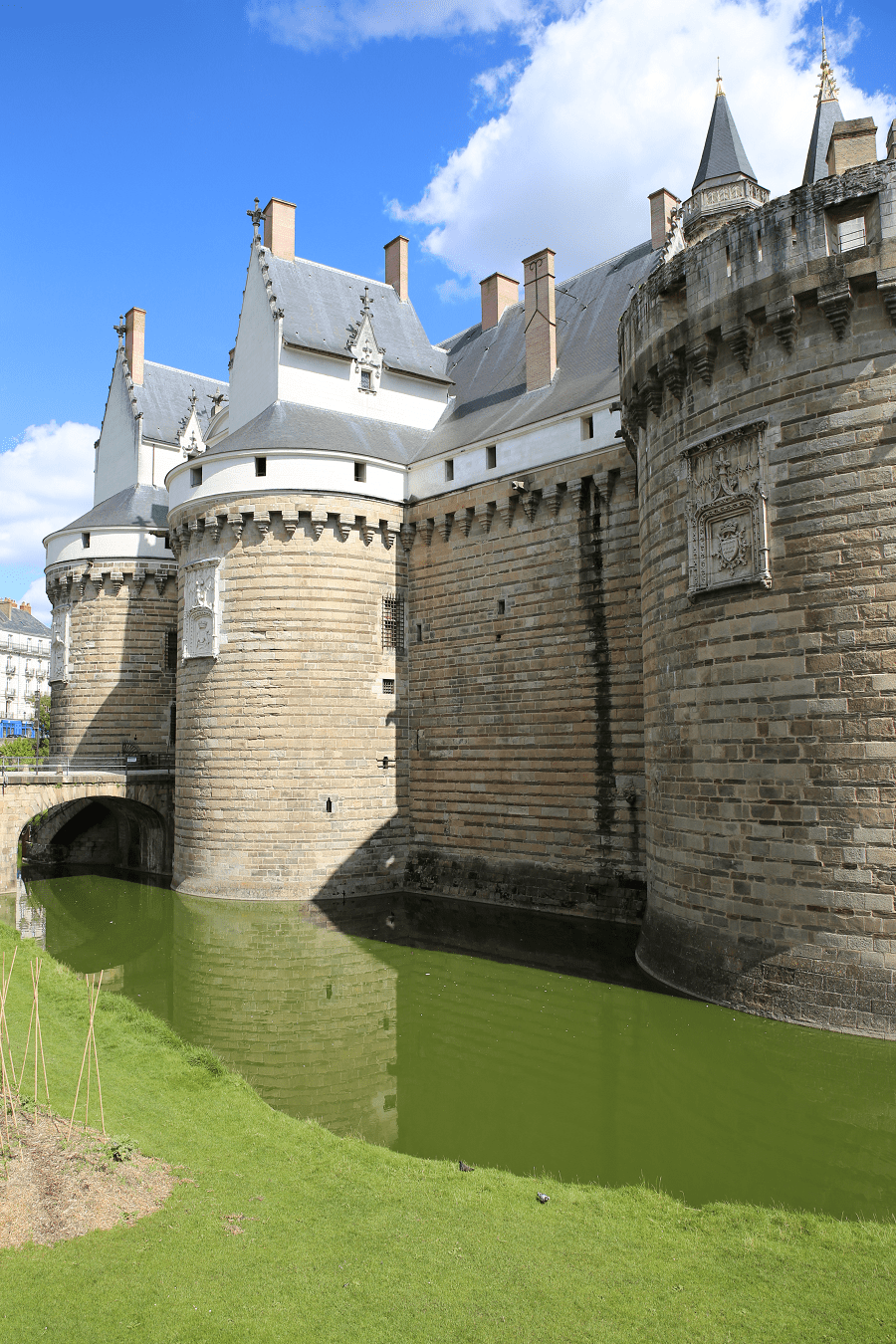 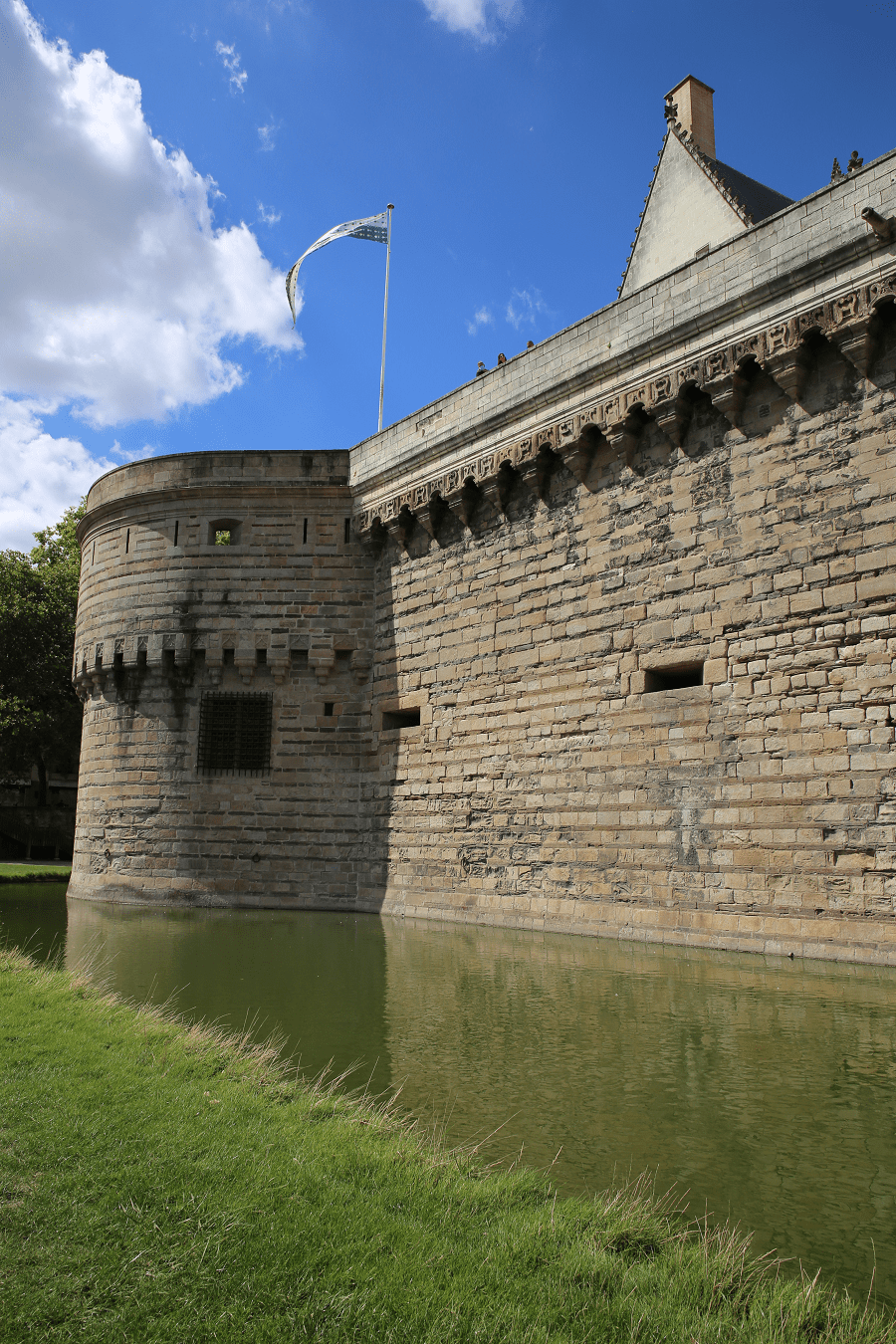 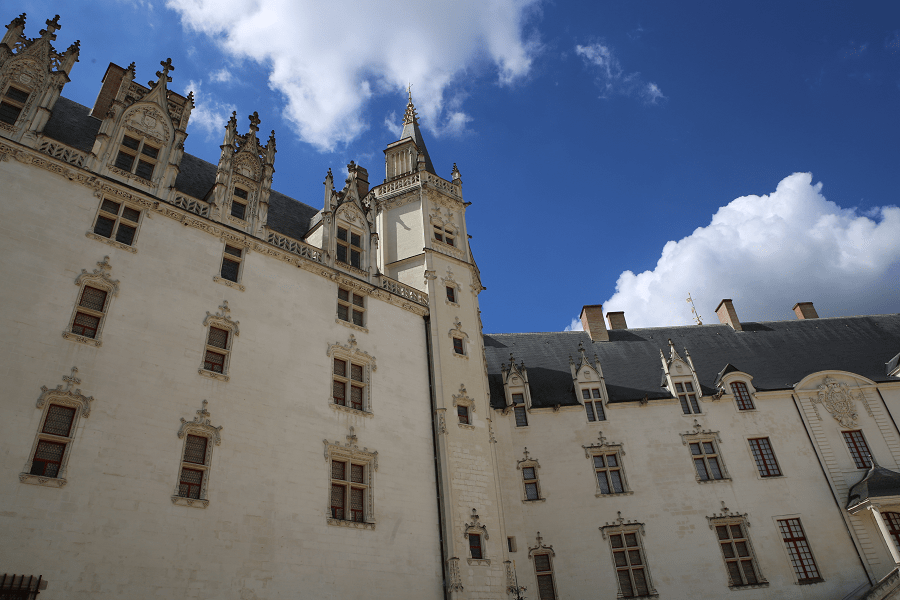 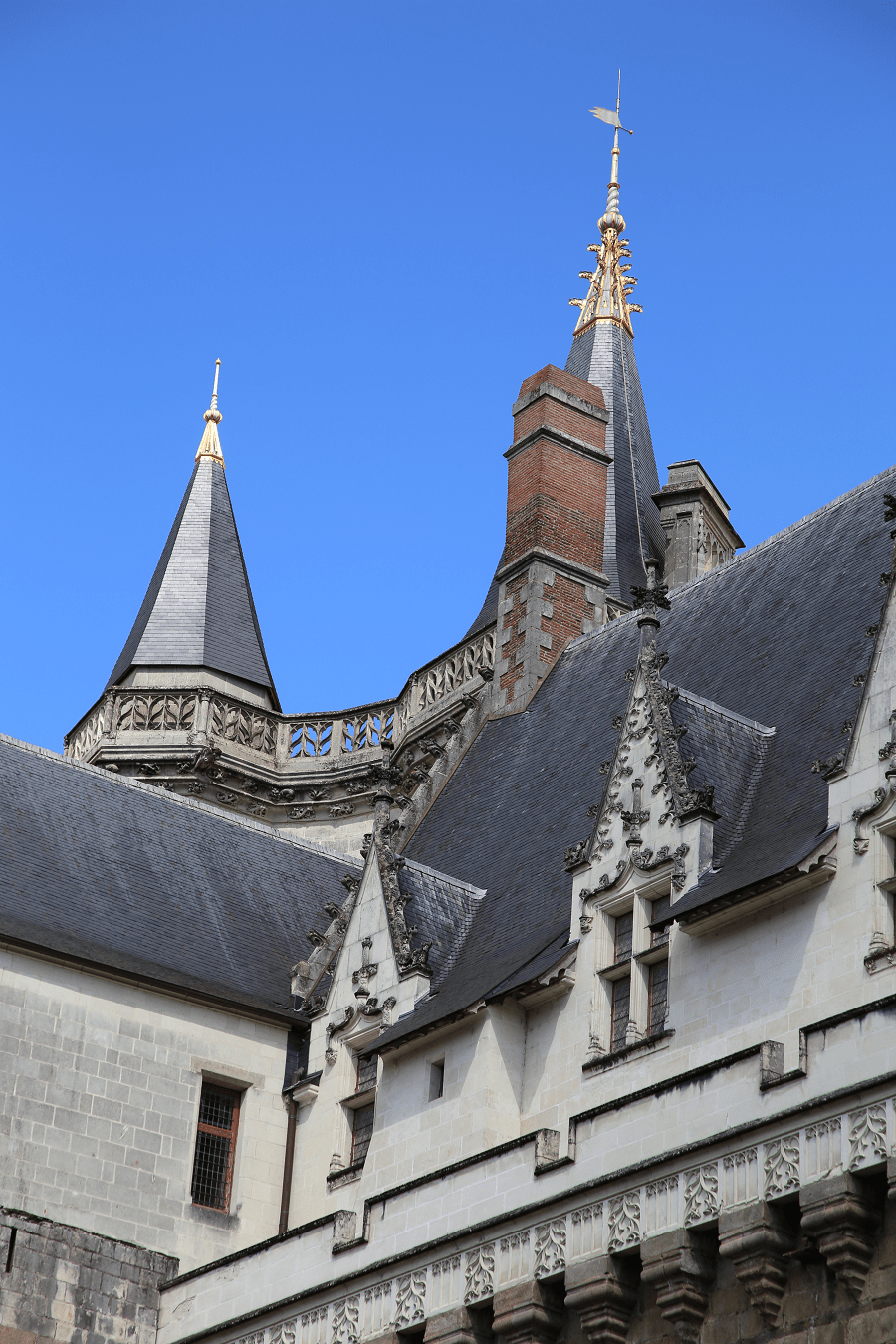 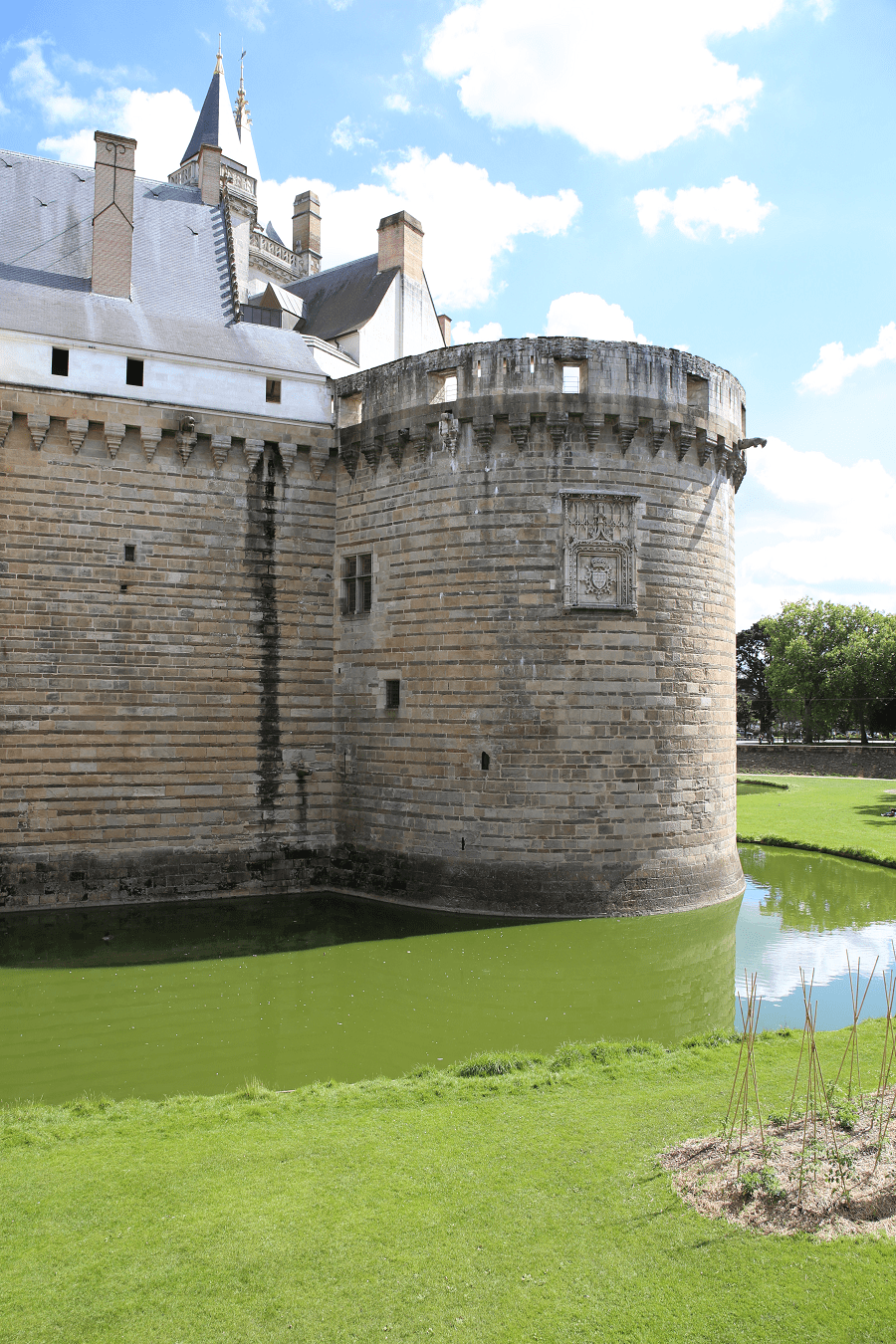 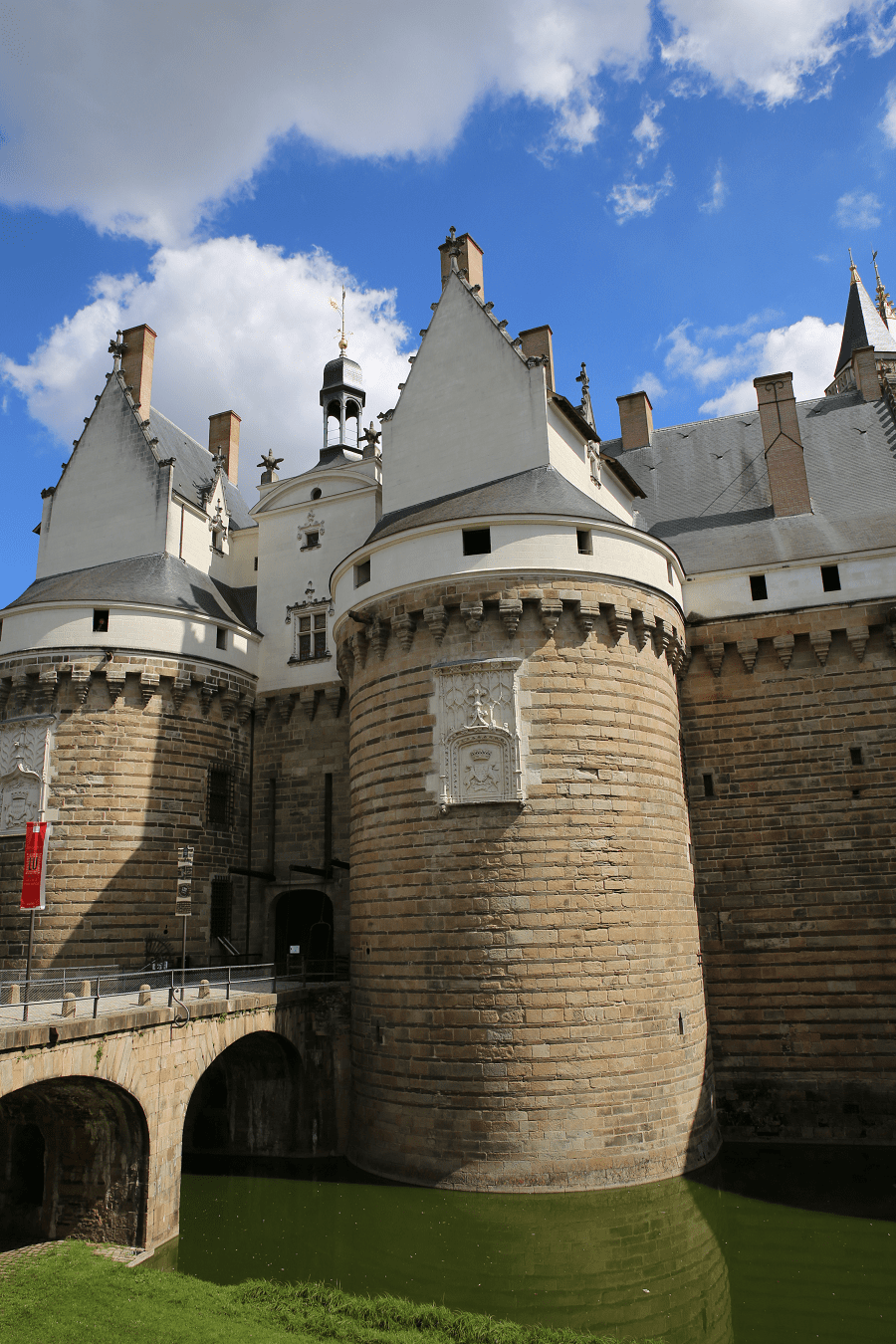 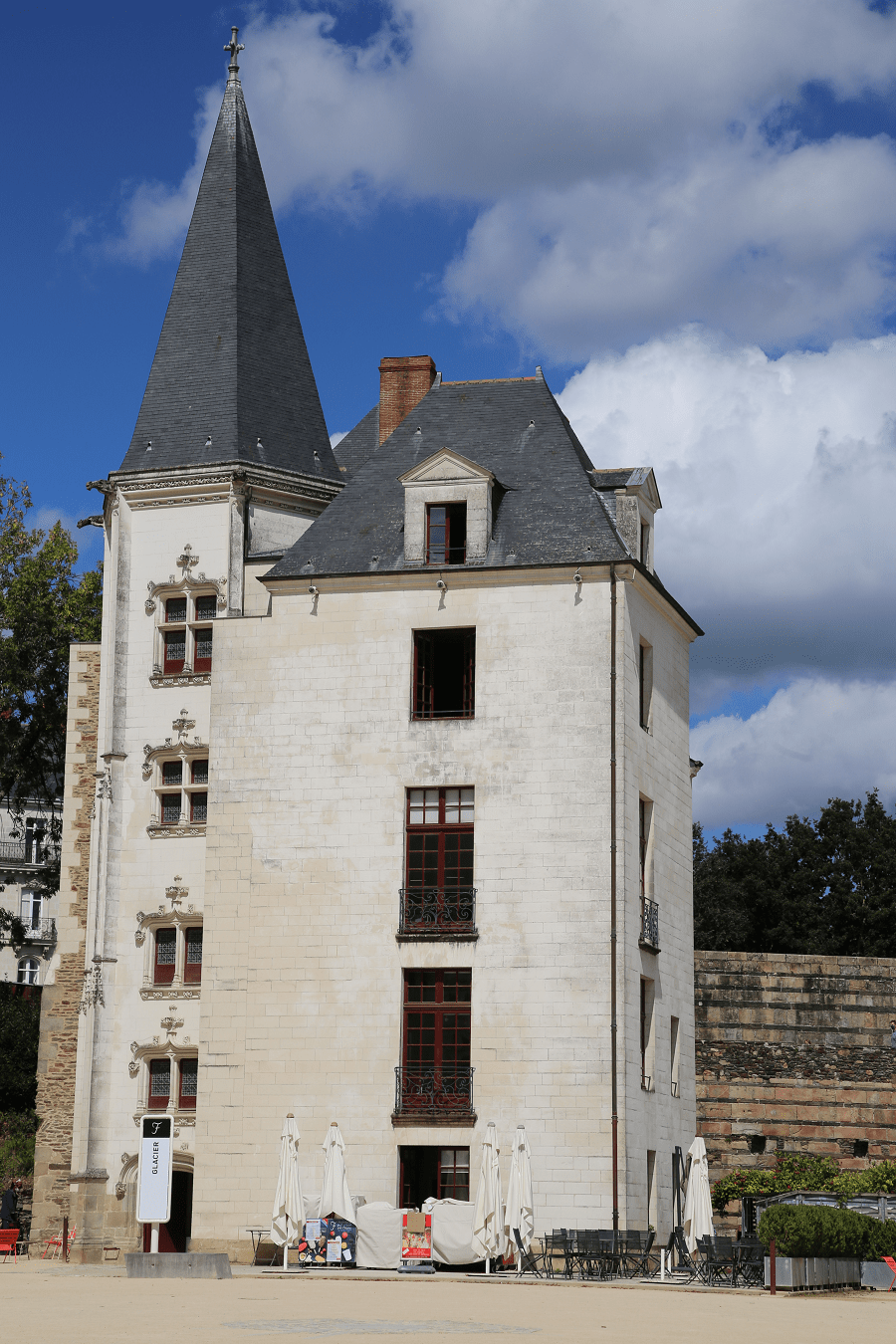