How does Andorra adapt its tax system to the OECD standards? • ALL ANDORRA 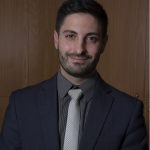 Andorra has undergone a process of change which aim is to standardize its international relations and to adapt to the OECD standards in terms of on BEPS actions.

During the month of June 2017, the Andorran Ministry of Finance has announced that a draft amendment to the Corporate Income Tax Law is being prepared, in order to align this Law to the BEPS action plan (Base Erosion And Profit Shifting).

This action plan is promoted by the OECD with the aim of avoiding harmful tax practices at an international level; the signatory countries of this agreement are implementing the several measures set forth in their internal regulations.

Effectively, the two points discussed in this amendment of the Andorran Law are the following:

2. Implementation of obligations regarding exchange of information between countries (Action 13 of BEPS).

The bill has not been made public yet, but several details are already known, as explained below, notwithstanding any subsequent amendments through the parliamentary route. This article focuses on the review of the special tax regimes.

In previous articles we have talked about the existence of different special status that have the objective of promoting several economic activities: international trade, management of intangible assets, intragroup financing and the holding of foreign securities.

In addition to the activity being eligible for the special status (except for the holding of foreign securities), the requirements are:

· Using premises of at least 20 square meters devoted to this activity.

· Employing a minimum of one person who resides in Andorra at least part time.

In general, these special regimes allow a reduction of 80% of the tax base, if requirements are met, it is eligible for a special status that is taxed at an effective 2% rate. In the case of the holding of foreign securities, there is a total exemption of dividends and capital gains from operations with subsidiaries.

The BEPS Action 5, also called “Harmful tax practices”, is transposed to Andorra with effects on the current special tax regimes until a certain date:

– Special status for the management of intangible assets:

1. The requirements to obtain the special regime will be increased; the concrete measures are still due to be defined;

2. The special regime will be possible only for patents and software protected copyright;

3. As to a management of other intangible assets, a transitional period of gradual decrease of the exemption from the tax base is granted, and this is exclusively for companies that already enjoy the special status. The effective rates will be modified each year and will be of 4%, 6%, 8% and 10%.

– Special status for international trade and for intra-group financing:

1. Special status will be eliminated.

2. A transitional period of gradual reduction of the exemption from the tax base is granted, and this is exclusively for companies that already enjoy the special status. The effective rates will be modified each year and will be of 4%, 6%, 8% and 10%.

2. A minimum level of taxation will be demanded, this will be of 4% nominal rate of corporate Tax.

These changes have meant that Andorra ceases to be considered a tax haven for the purposes of the OECD and is included in the list of collaborating and conventional countries.