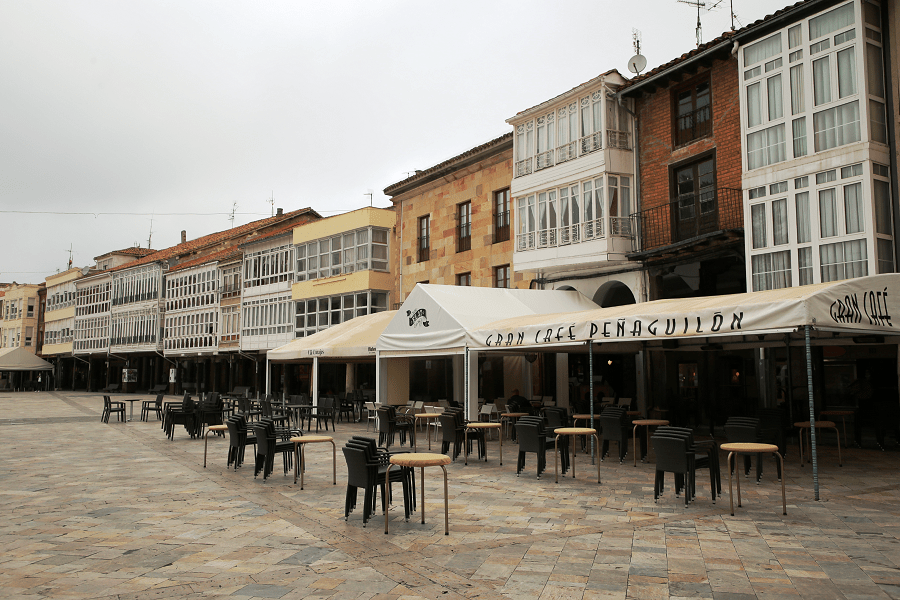 Aguilar de Campoo is a city and municipality of Spain located in the province of Palencia, autonomous community of Castile and León. 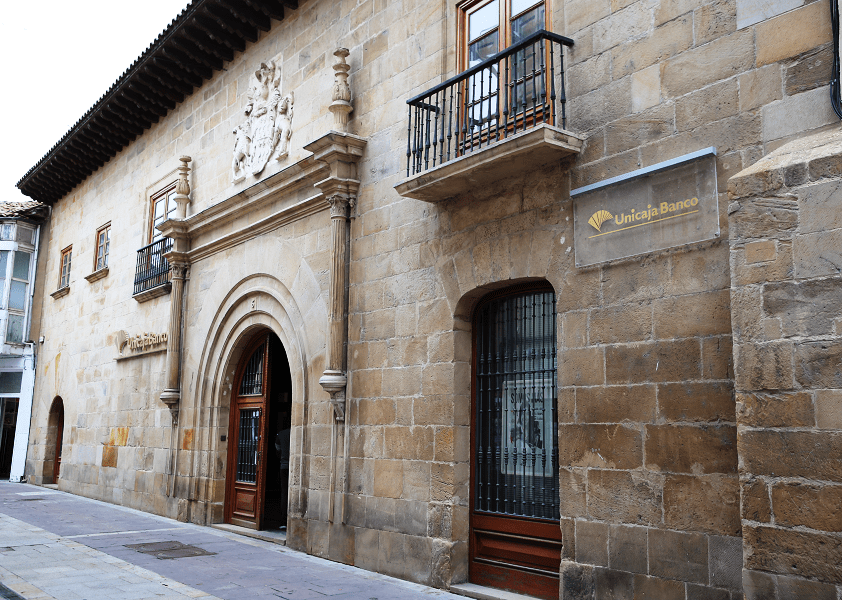 It is one of the towns on the Camino del Norte to Santiago de Compostela: Ruta del Besaya. There it crosses the path of the Forgotten Way of Santiago. 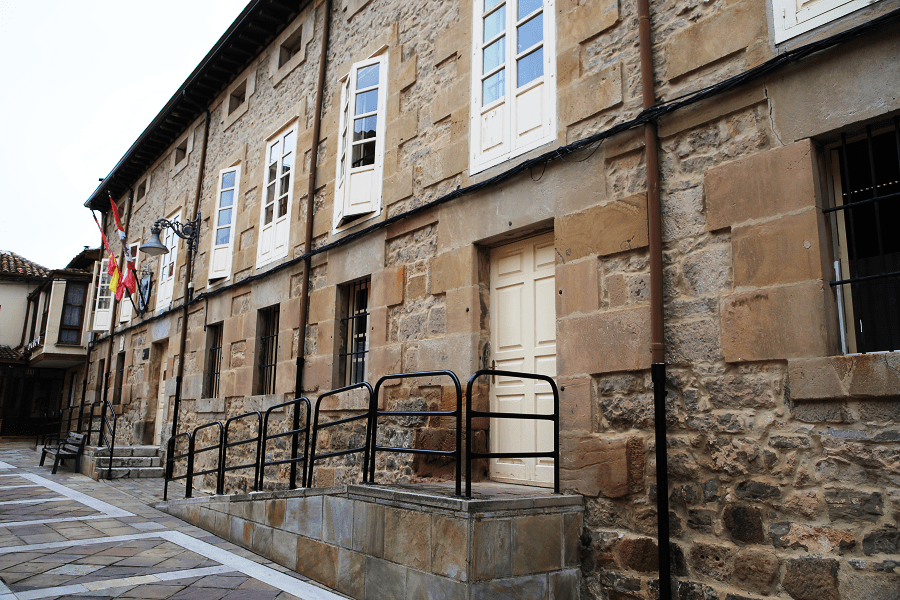 Since 2017, the municipality has been included in the Las Loras Geopark, the first UNESCO geopark in Castilla y León. 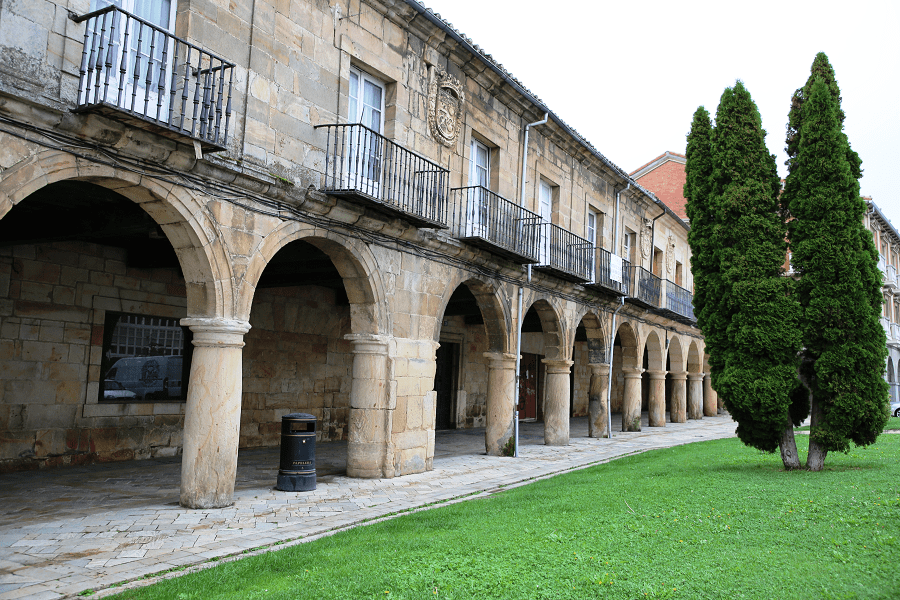 In Aguilar there is Galletas Gullón factory, the largest manufacturer of biscuits in Spain and one of the largest in Europe. 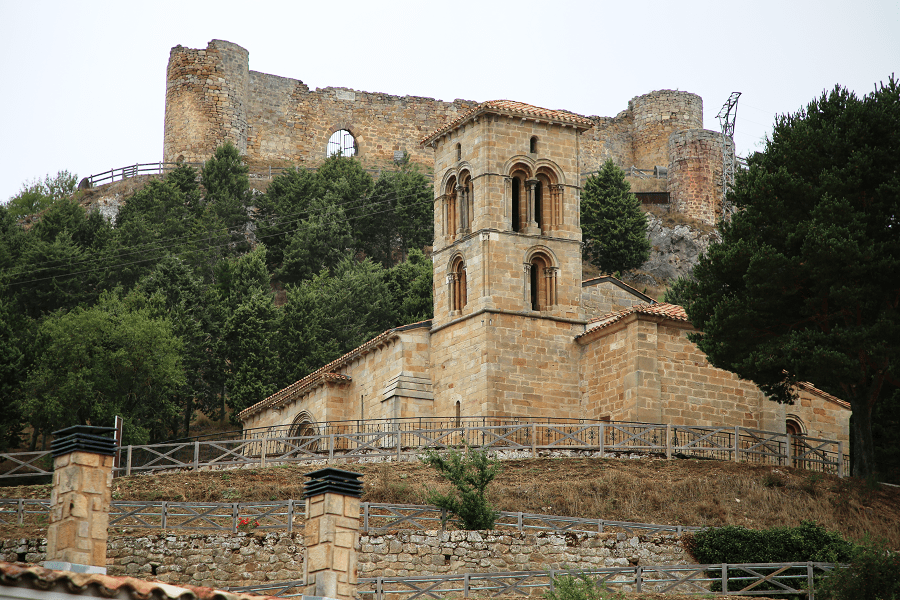 The town of Aguilar de Campoo has an important artistic and cultural heritage in which notable religious, civil and military buildings in Romanesque, Gothic and Renaissance styles stand out, as well as reasonably well-preserved ruins of defensive and military elements. 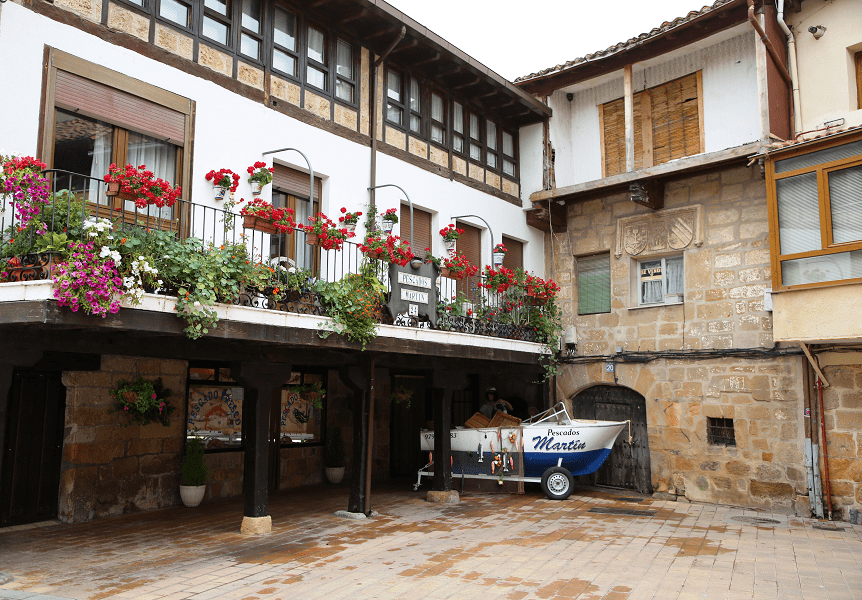 The town of Aguilar de Campoo was declared a Historic-Artistic Site on January 20, 1966. 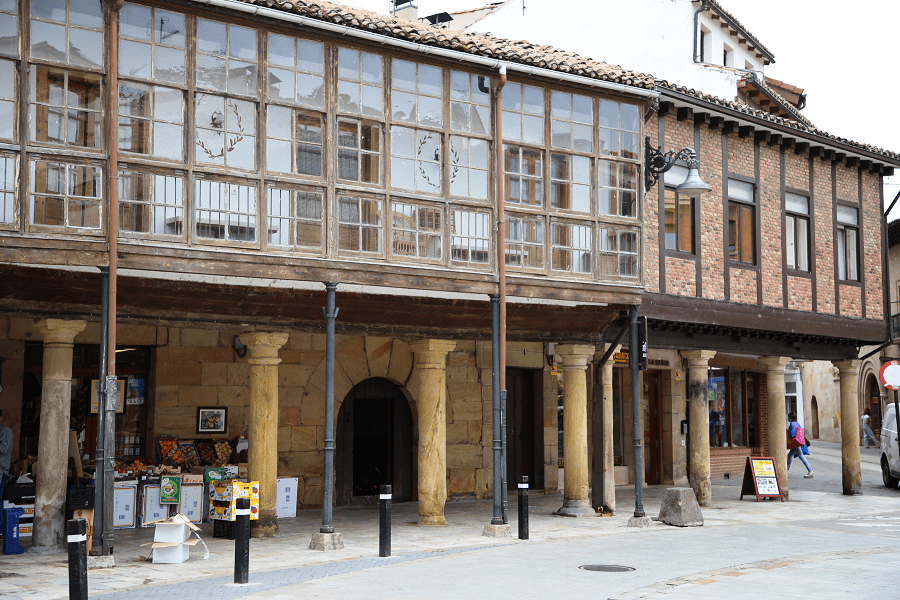 Among its monuments, the following stand out:

The Collegiate Church of San Miguel Arcángel is a predominantly Gothic-style parish church, located on the perimeter of the Plaza de España. 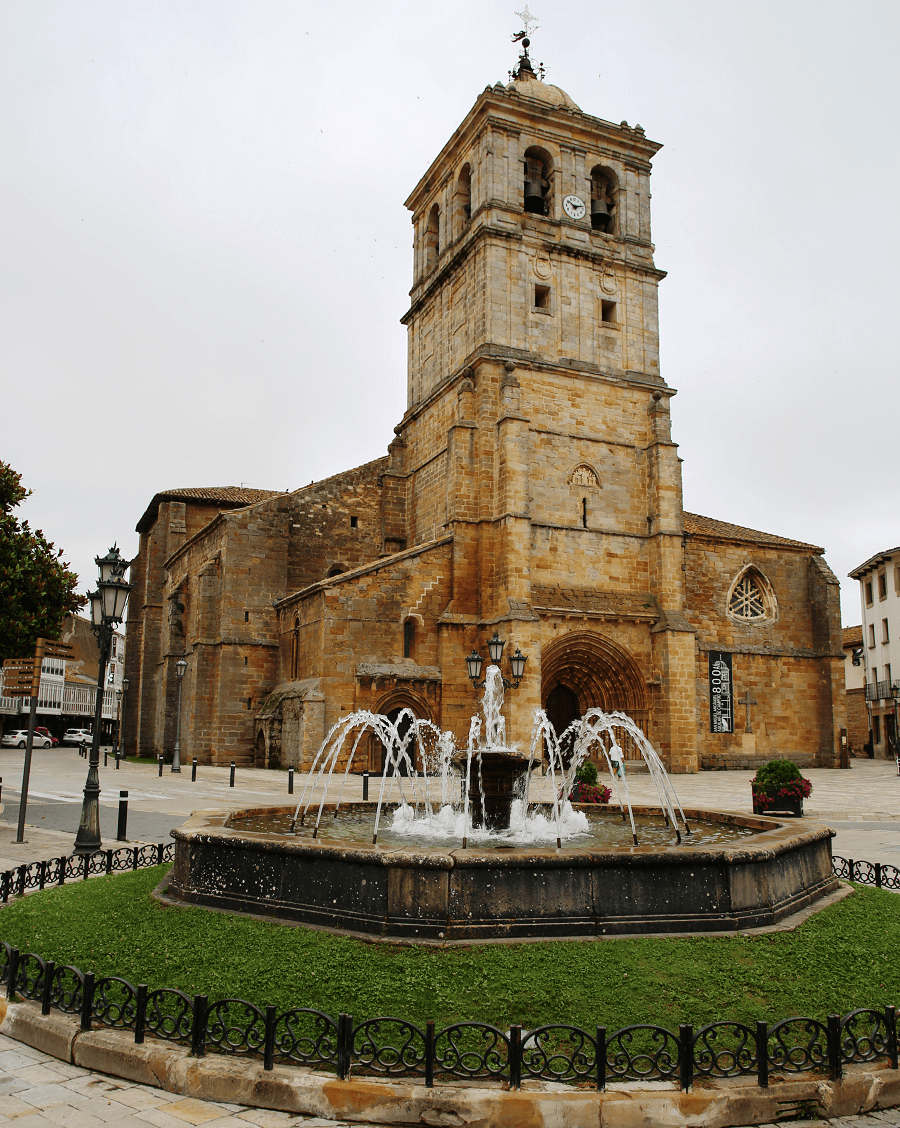 The origin of the temple goes back to the Visigoth period. It underwent a first reconstruction in the 11th century. Nothing remains of this period. The second building was designed at the beginning of the 13th century and the foot façade survives, with the first section of the tower and the main portal, and the baptismal chapel, built in a transitional Romanesque to Gothic style. 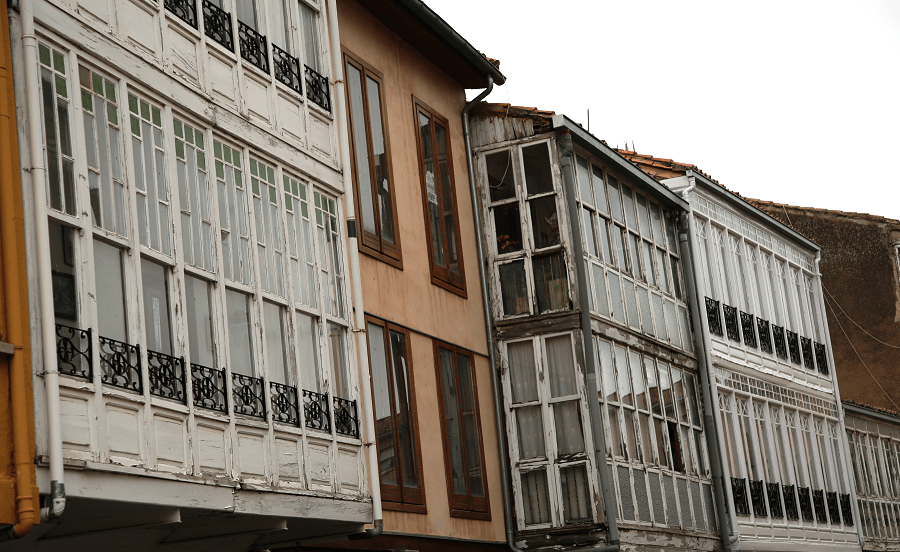 The main structure of the temple was built, in a third architectural phase, in the 14th century, in the fully Gothic period. 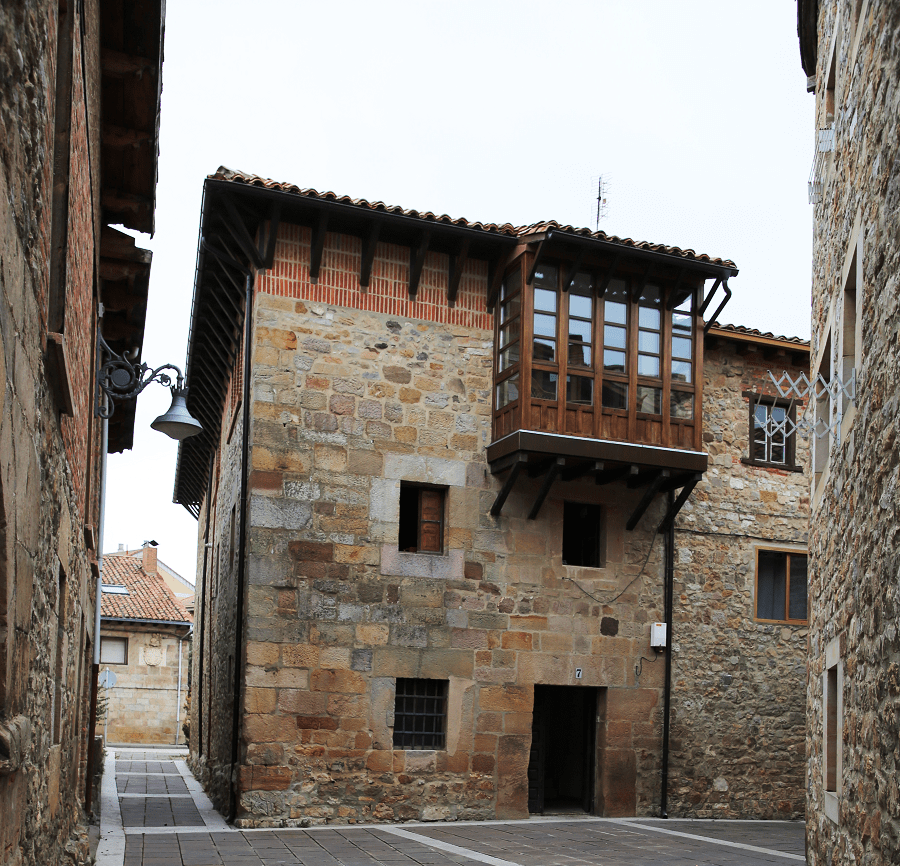 The Castillo de Aguilar de Campoo is a castle of medieval origin. It is a set in ruins with a trapezoidal plan. Most of the exterior complex, walls and towers, are still preserved. It sits on a 970-meter rock.

It is a set of Romanesque art that originally had two entrances: one on the east façade, with a half pointed arch, on which there are remains of the coats of arms; and another in the northwest sector, in a poor state of conservation. 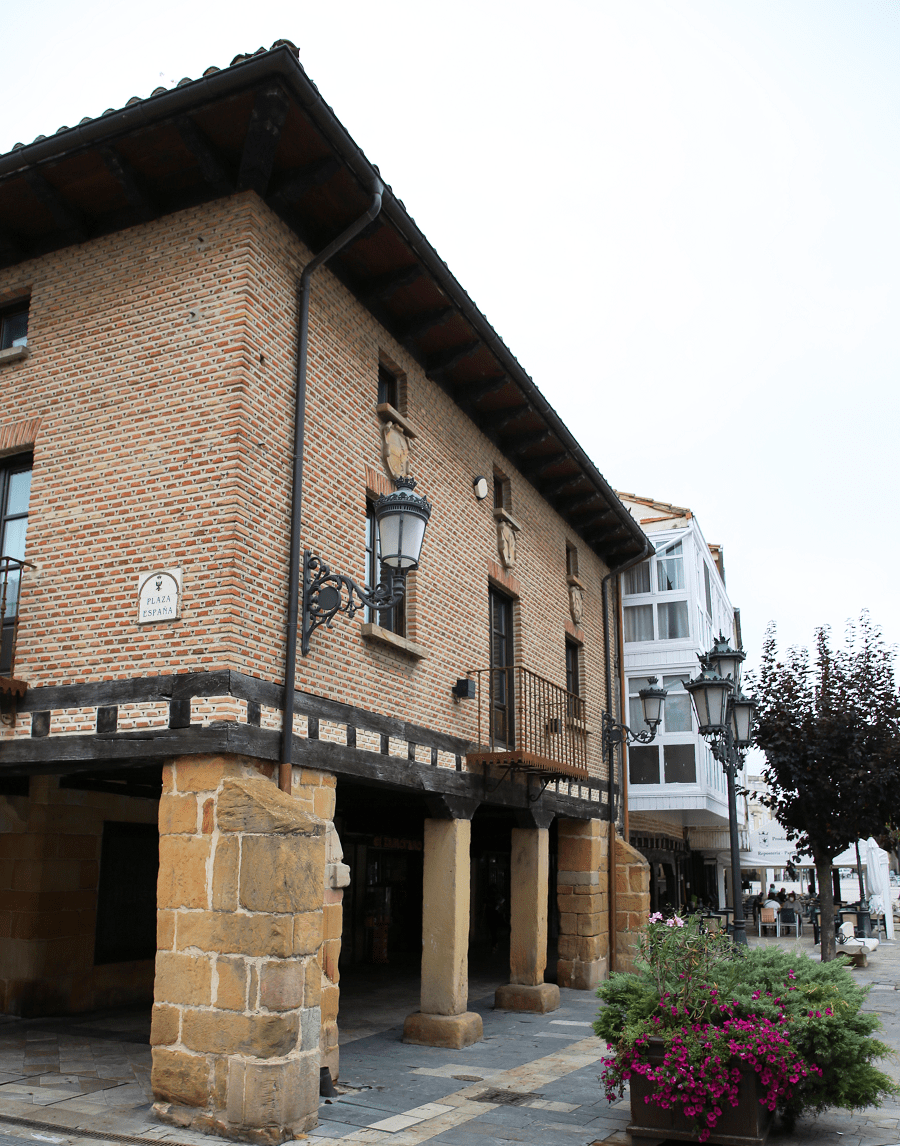 Most of the thick stone walls are also in poor condition. Remains of the towers of the inner enclosure are preserved.

Medieval walls: Six of the seven gates that the town originally had are still preserved. These are the Puerta de Reinosa (conserves a Hebrew tombstone), the Tobalina, the Barbacana or Paseo Real, the Portazgo, the Cascajera and San Roque. 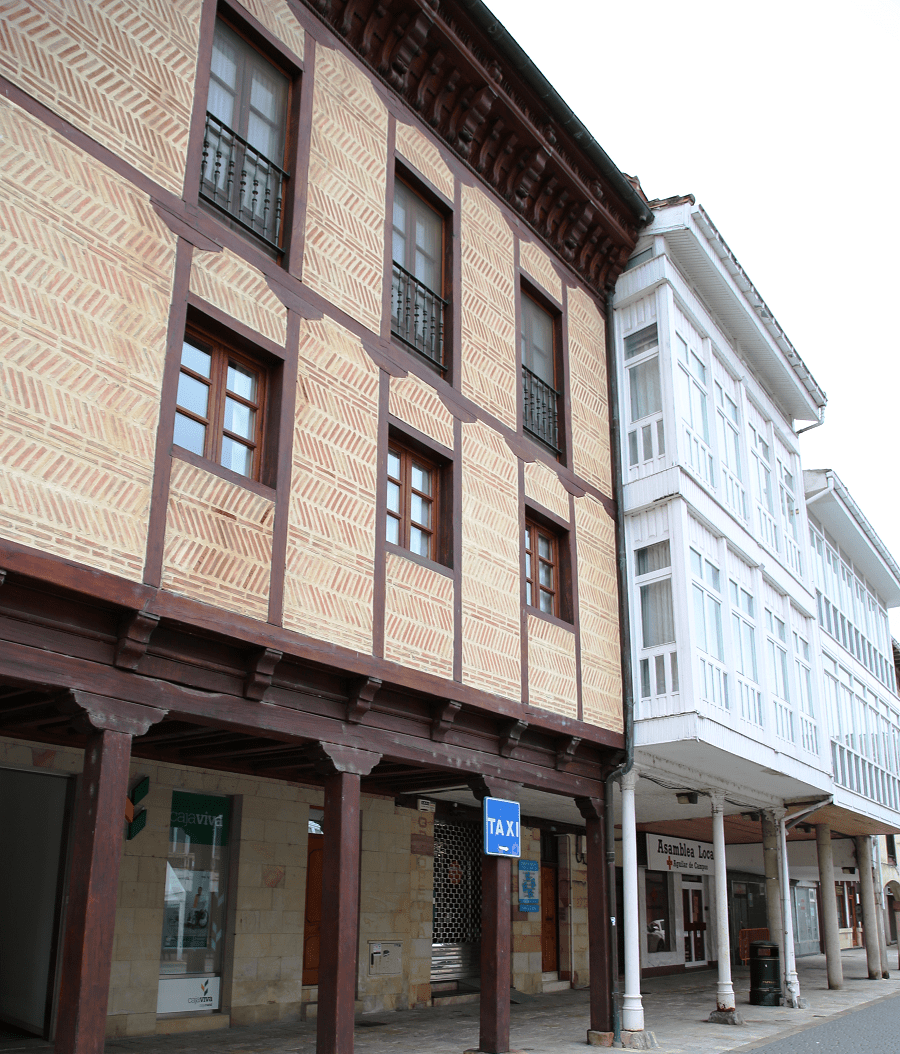 Main Square: In addition to the Collegiate Church, there are several palaces, among them that of the Marqueses de Aguilar (baroque style), that of the Fontaneda, mansions in the Cantabrian stately style (with wide galleries facing south), the house of the Seven Lineages.

Palace of the Marquises of Aguilar de Campoo: One of its wings is preserved. 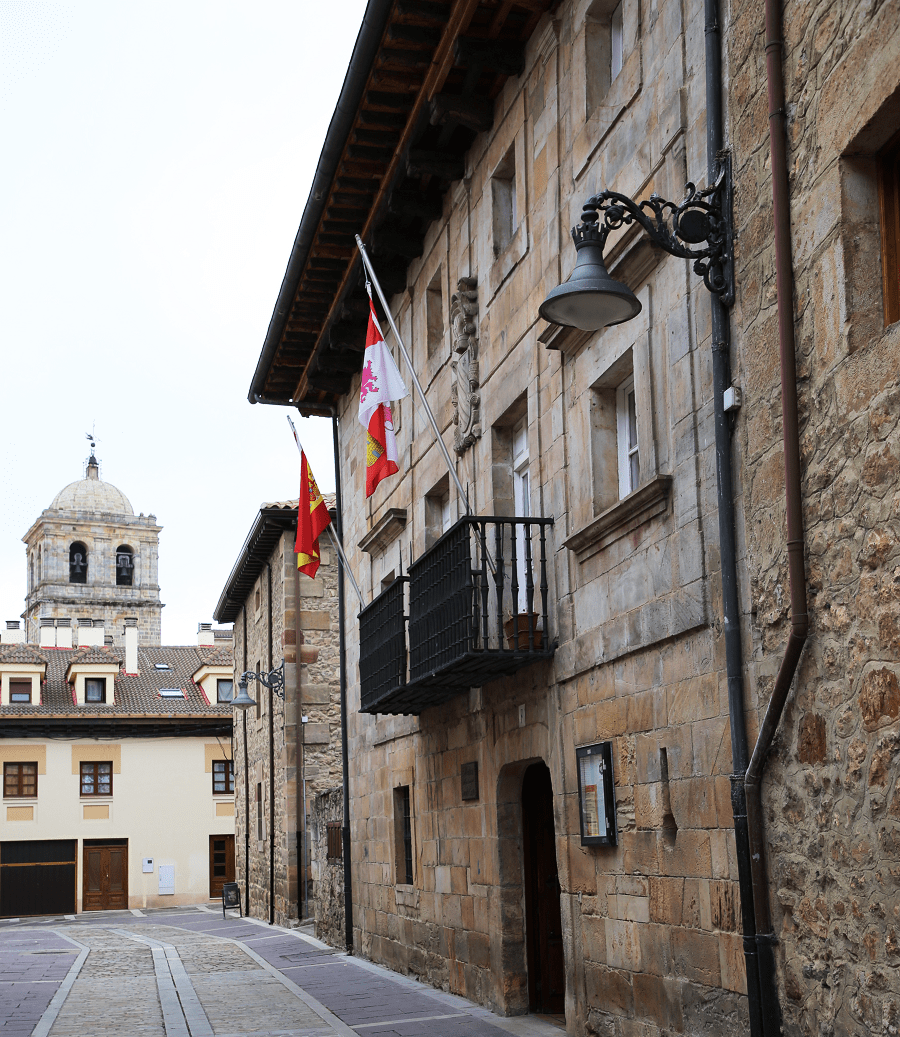 Bridges over the Pisuerga River: It is worth mentioning the Puente Mayor and the Puente del Portazgo, both of medieval origin; the Turruntero Mill Bridge; the bridge of the Tenerifes; and the bridge of La Teja.

In addition to others of modern construction such as the beautiful wooden walkway that connects the Paseo del Soto and the Sports Center with the Paseo del Loco mounted at the end of December 2008 on the Cuérnago del Pisuerga. 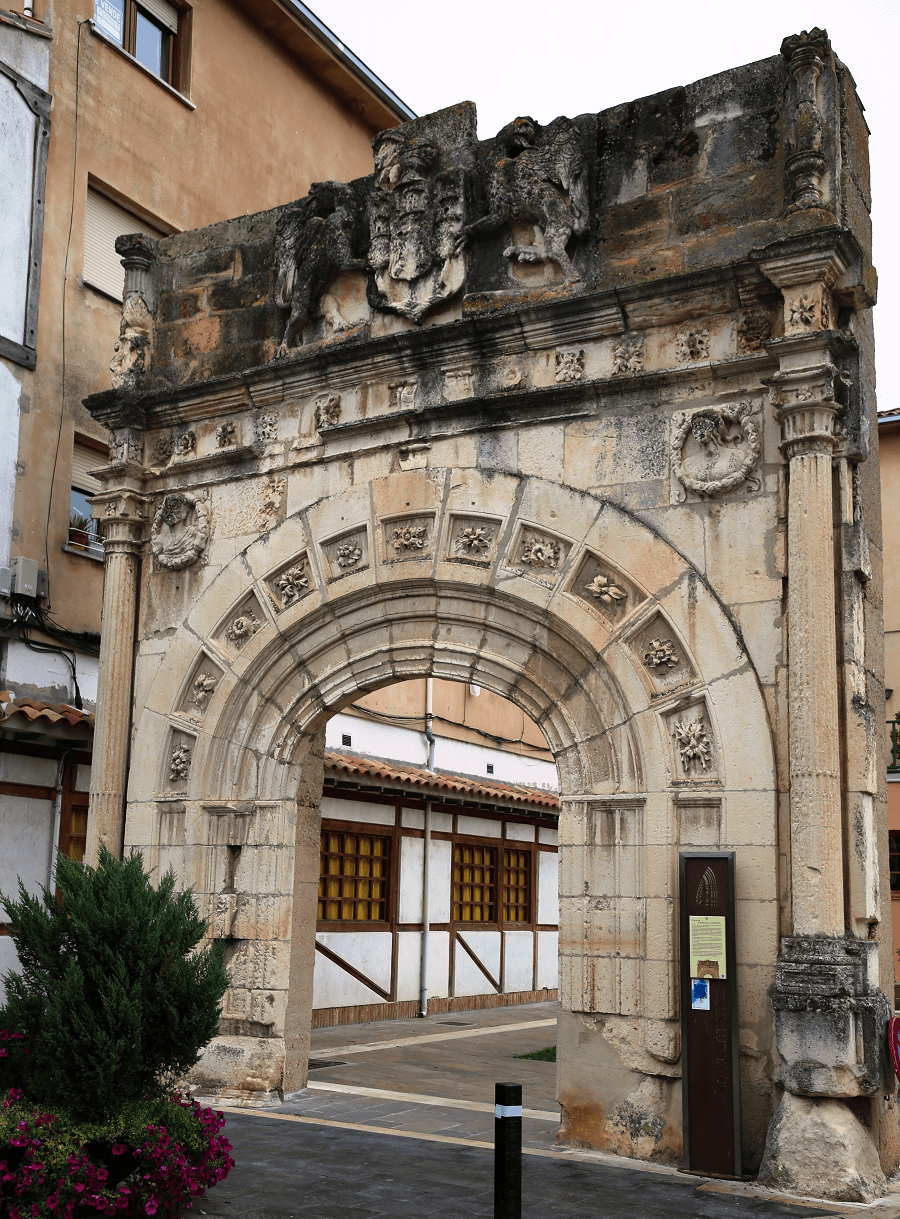 The monastery of Santa María la Real is an old abbey of the Premonstratensian order. The monument was built between the 12th and 13th centuries in a transitional style from Romanesque to Gothic with elements of Cistercian art. 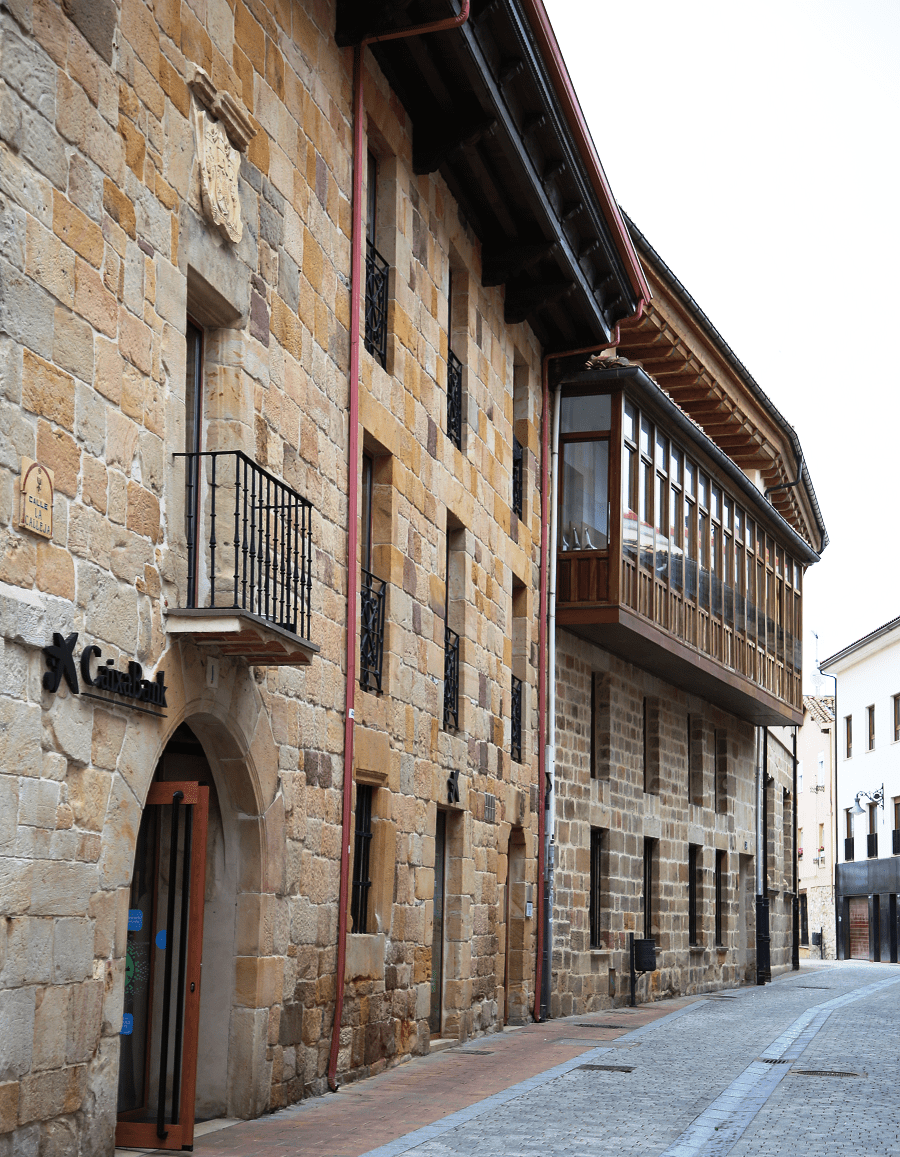 UNESCO has declared the geographical space of Las Loras – located in the provinces of Palencia and Burgos– a new geopark, after the meeting of its Executive Committee held on May 5, 2017. 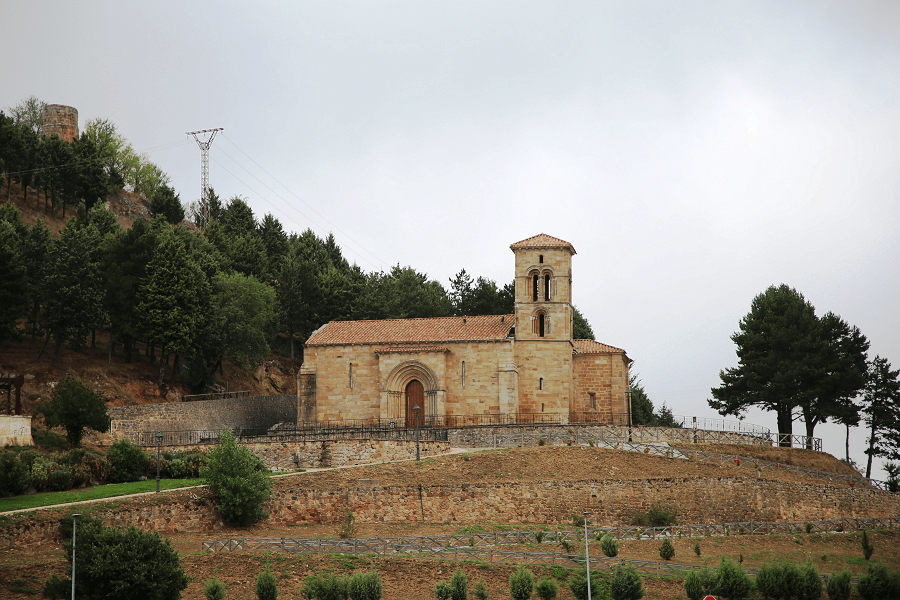 In this way, the Las Loras space becomes the first geopark in Castilla y León –and the 11th in all of Spain– and becomes part of the UNESCO World Network. 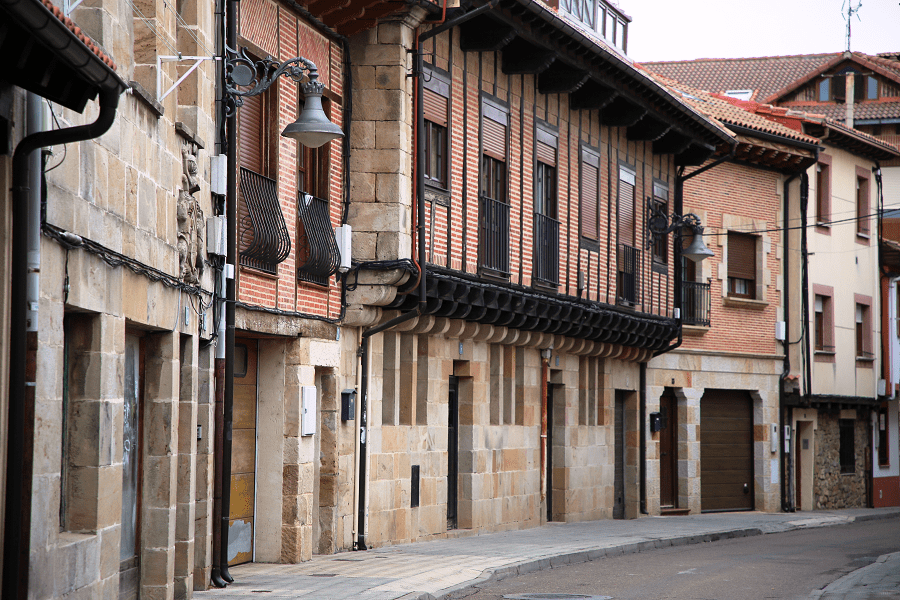 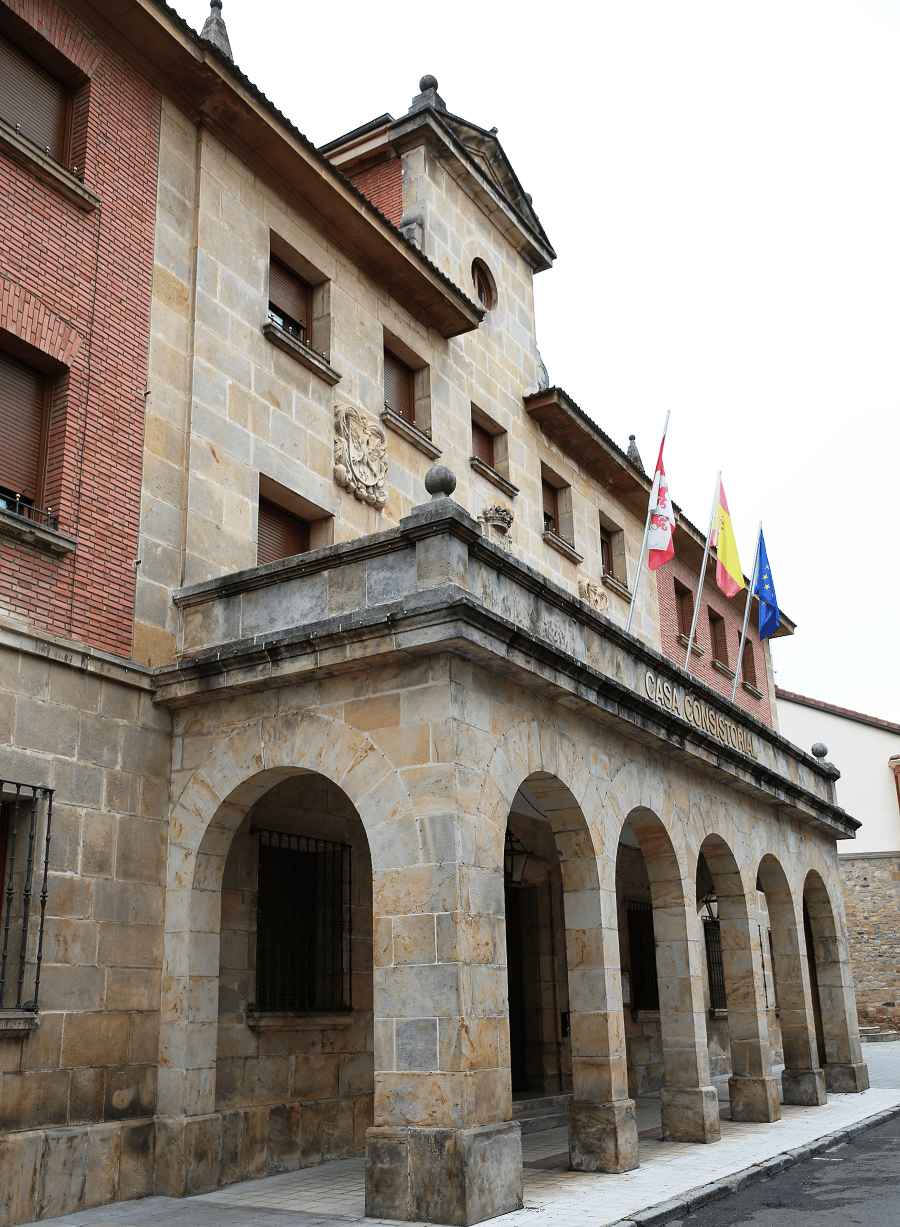