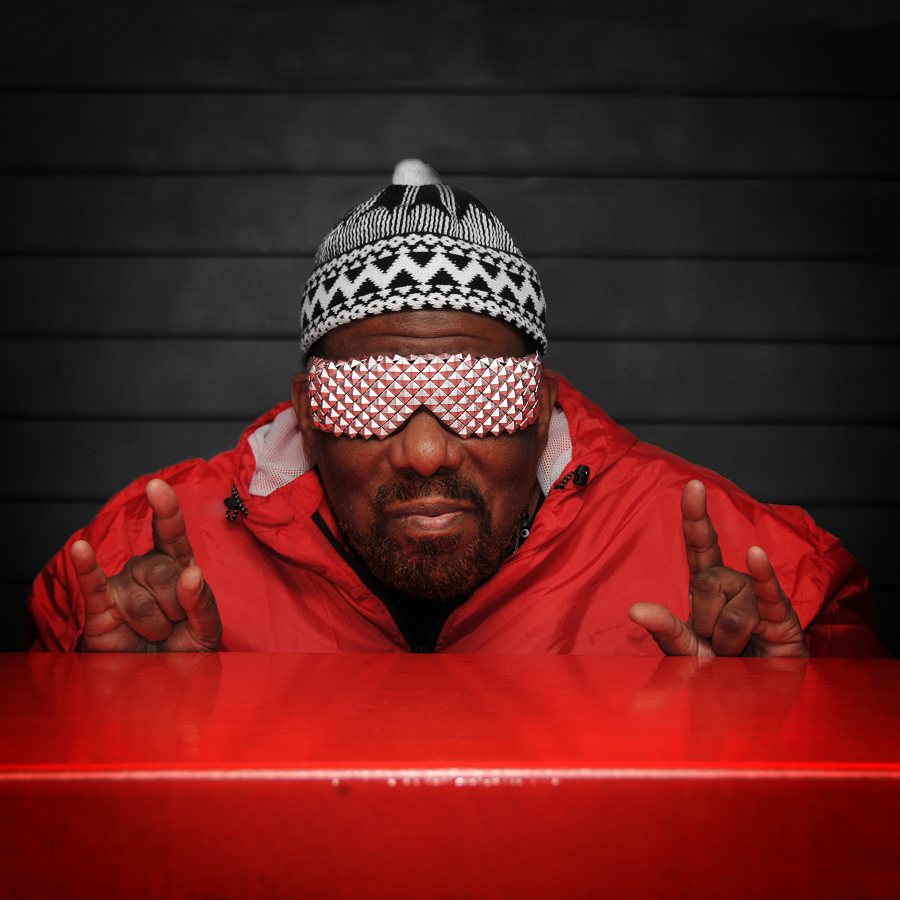 Afrika Bambaata talks about new music, his recent tour with Jamiroquai, developments in hip-hop, the philosophy of the Zulu Nation as well as much more

Afrika Bambaaataa is one of the key figures in modern music as we know it. His influential role is as the inventor of hip-hop – one of the most popular music genres nowadays as well as a cultural movement that also includes things such as graffiti, break-dancing, a recognizable street style and technically advanced way of DJing.

As the inventor and godfather of hip-hop, Afrika Bambaaataa is responsible for its birth as a cultural movement, as well as being the one who stands behind its ideological base. Being a warlord of the cruel Bronx street gang, Black Spades, in the early 1970s, he radically changed his lifestyle after a trip to Africa and doing some research into African history. After coming back to New York, Afrika Bambaaataa decided to part ways with the criminal life and to start to promote a new way of thinking for the black people’s community, which he called –Universal Zulu Nation. Universal Zulu Nation became the philosophy and way of living which gave birth to the early True School hip-hop. The backbone of its ideas was to stop bloodsheds on the streets and to start sorting all conflicts via DJ, rap, graffiti and break-dance battles. The new style and music, which was then called hip-hop, was borne in the bowels of these battles. Many former street gang members said that hip-hop saved their lives.

After becoming a respected and well-known figure in New York’s cultural scene for throwing parties in the Bronx where he was DJing, organizing different kinds of art battles and promoting Universal Zulu Nations ideas, at the beginning of the 80’s Afrika Bambaataa began a successful career as a recording artist. His first release “Planet Rock” became a superhit which stormed the charts worldwide. The melody from Kraftwerks song “Trans-Europe Express” which was used in ”Planet Rock” also made Afrika Bambaaataa famous as one of the first sampling pioneers. Releases that followed shortly after – “Looking for a Perfect Beat” and “Renegades of Funk” helped him to achieve international fame and he gained the status of a forward-thinking artist that brought new concepts into modern music.

He began to spread the influence of hip-hop culture and Zulu Nations worldwide and after his trip to France, he inspired the founder of French hip-hop scene Mc Solaar to start to make music too.

During his musical career, Afrika Bambaataa has made a bunch of successful albums and singles and has had many opportunities to collaborate with great artists from different musical scenes, such as George Clinton, James Brown, Nina Hagen, Westbam, Bootsy Collins, and Gary Numan. Nowadays, he is still full of energy and tours worldwide with his DJ sets and live shows, releasing new music as well as not forgetting his role as a mentor when doing public talks to promote Zulu Nations’ ideas.

We were lucky to catch Afrika Bambaataa between his tours, talk about his recent tour with Jamiroquai, the essence of Zulu Nation ideas, his plans for new music, and other interesting things.

Hello! What have you been mostly focused on recently in music – making some new tracks, touring, or combining these things?

First Peace Be Unto You and the good people of Earth and Beings of Beyond in our Universe. Rotherham Afrika Bambaataa has been focusing on recording many new songs and music for humans to listen and dance to and just came off a successful tour for our brother, Jamiroquai, in many countries as well as some DJ club dates. We have new songs out that you can only order online. New songs called “Funk On The 1, Tribute To Sly and The Family Stone”, ”Do Them Old Dances”, ”On The Dance Floor” featuring Lord 7even and EDollaz, “Radar” featuring Dominique. We have our True School Radio Station every Tuesday on streetwireradio.com with Dr. Shaka Zulu,Lord Yoda X from 8 pm to 12 and our 24 Hours a Day True School Radio On trueschool.airtime.pro for people who just like all types of good music and are tired of hearing the same 10 songs on other radio stations, can now switch to True School Radio and enjoy good music from Earth.

How big is your touring crew now and what does your show set up look like?

Depends on what type of shows you looking for. DJ shows can be from 2 to 5 people or concerts with a band can be from 5 to 25 people on stage.

Who are the people that are taking part in your shows now?

You have MC Whipper Whip or MC D Collins or other guest MCs or DJs or even singers or dancers. 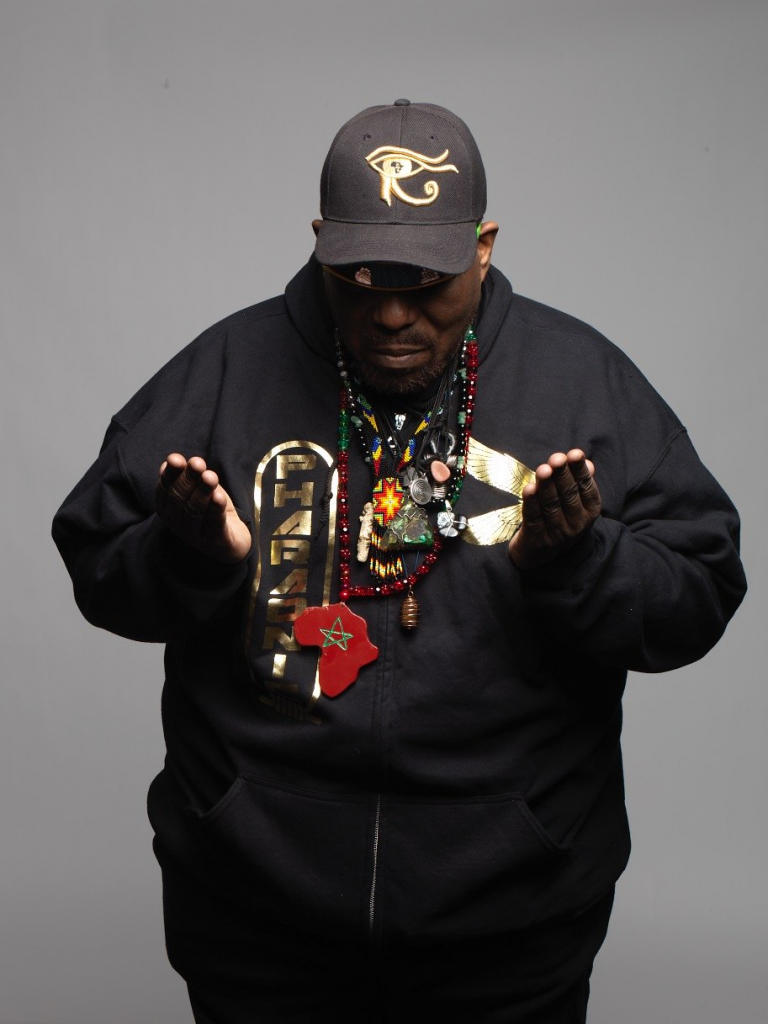 What were the most memorable gigs that you have done recently?

The tour we just did with brother Jamiroquai was a great memorable event of peace, unity, love and having fun.

Besides music, a big part of your activities is around your public talks and workshops. Anything interesting happening in this area?

Yes, on our tour in Brasil, we gave many speeches, did some community work and Block parties for the people. It was super powerful.

Your public talks and other social activities are heavily based on promoting Zulu Nation’s ideas. As I understand, Zulu ideas inspired many hip-hop culture pioneers. How can you describe Universal Zulu Nation – is it religious, scientific or a philosophic concept? And can you please tell us a bit about the history of this movement?

The Universal Zulu Nation is all the above you describe and then some more. Go to zulunation.com to learn more.

But the main basic things that we believe are: we respect all planets as living entities in our Universe(s). If respect is not given to any planets, then the wrath of the Supreme Force will bring all types of hell to your planet(s).

All Gods of all religions lead up to the Supreme Force, The All.

Although we are strong believers in the culture of Hip Hop, we realize that this is a real world, with real problems and real solutions. We strive to do our best to uplift ourselves first, and then show fallen humanity how to uplift themselves and others mentally, spiritually, physically, economically and socially.

We believe that racism and hate are trying to rule the lives of human beings on this planet so-called Earth and that only belief in the Supreme One and truth will destroy this disease called racism and hate.

The Universal Zulu Nation is the founding family of hip hop culture. It is an international grassroots community-based organization that was started by me in the Bronx borough of New York City in 1973 to empower communities by uniting the artistic elements of hip hop. Today the Universal Zulu Nation teaches Factology vs. belief, deals with World History, Global Constitutional Rights and International Law, Kemetic Moorish Science, Right Knowledge, Right Wisdom and Right Understanding that we can Innerstand and Overstand with Sound Right Reasoning. Now we are an Autochthonous Government within other governments for all world humans and beings of beyond.

We see our mission as to educate, develop and improve the present states of mind of adults and youth around the world. Spread our message of love, truth, peace, freedom and justice. Preserve the culture of hip hop and all art forms created from it and to use all styles of music, dance, written and visual art as mediums for cultural exchange, understanding, innerstanding and overstanding provide a safe haven too for adults and youth around the world.

The purpose of Universal Zulu Nation is to raise social awareness, higher levels of consciousness and spirituality with ourselves and the Universe(s), through forms of expression as a positive outlet for all, also providing a forum for them to air grievances and settle disputes in a non-violent manner.

Zulu Nation teaches Knowledge, Wisdom, Understanding and Innerstanding for Overstanding through various documents called ‘Infinity Lessons” (Truth is Truth, Facts are Facts). The organization is fundamental to the continuance of Hip Hop as a universal culture that transcends all the boundaries of race, age, beliefs, sex, locality, and social status.

We support activism for positive change & a better life for all beings on this planet so-called Earth and beyond through various means. Our mission to preserve and elevate Hip Hop culture within communities succeeds as chapters continue to develop across all continents.

Can we say that in some ways Zulu ideas play in the cultural context the same role for hip-hop like Rasta ideas for reggae and dub and that Zulu and Rasta have a lot of common basic ideas and points? And have you ever had the possibility to work with dub and reggae artists?

Universal Zulu Nation’s ideology comes from many ideologies; past, present and future. And yes, I worked with some great artists from the dub and reggae community such as King Yellowman, UB 40, and many others.

Maybe you have some memorable collaborations which were really a great experience and some stories about them to share?

Every artist I have worked with throughout my long career has been memorable, given me honorable lessons, with a lot of respect to each and every one. From John Lyden (Johnny Rotten), Nona Hendryx, Manu Dibango, to Gary Numan, Bootsy Collins, Trouble Funk, Sting, Nina Hagen and the incredible list goes on. Honors to each and every one of them for a great, wonderful time recording.

Are there some artists from the modern hip-hop world that you like, follow, and would be up for working with?

Yes, love and honors to Sa Roc, DCollins, Lord 7even, Brother Ntelek 9, Ceelo, Outcast, Kendrick Lamar, LilNasX, Blanco Brown. Blanco Brown and Cardi B will be interesting to work with.

You were involved in organizing The Museum of Hip-Hop in New York. How is this project is going?

The Universal Hip Hop Museum is doing much to become a reality thanks to Rocky Bucano and Cutman LG. Be on the lookout.

Why do you think such a kind of institution as The Museum of Hip-Hop is important?

To preserve the True History of Hip Hop Culture as well as my archives of music at Cornell University.

Are you still using 100% analogue techniques in your musical production like in the old days or you exploring and using digital technologies and software too?

I’m into True School ways and Futuristic waves of the happening in the know of now and the forever beyond.

What ways will hip-hop develop in your opinion over the coming years and how do you see your role in this development?

Hip Hop Culture will take on a huge big different frequency once we become galactic humans traveling to other planets of our universe(s). When we get with our extraterrestrial beings and other galactic humans from other time zones, galaxies, and space time travel then a whole other brand of funk will be released upon the solar systems. My role in its development is to be a warner, a messenger of what’s coming to be in and out of your matrix.

We wish you good luck and thank you very much for the interesting interview. 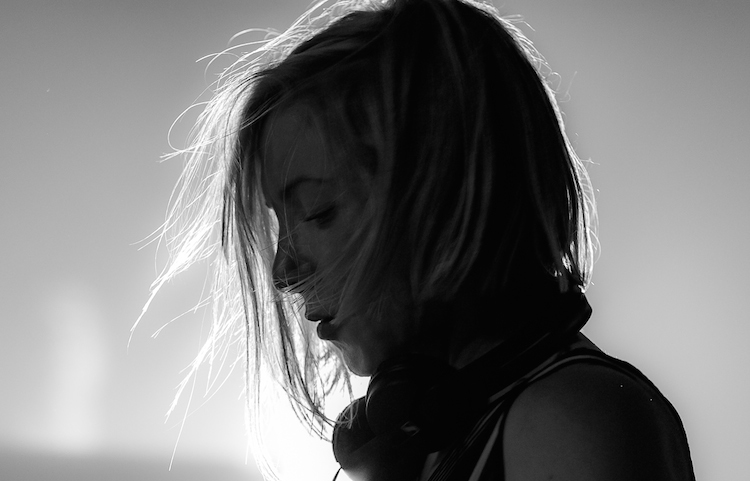 Ellen Allien: I like to make people laugh and dream 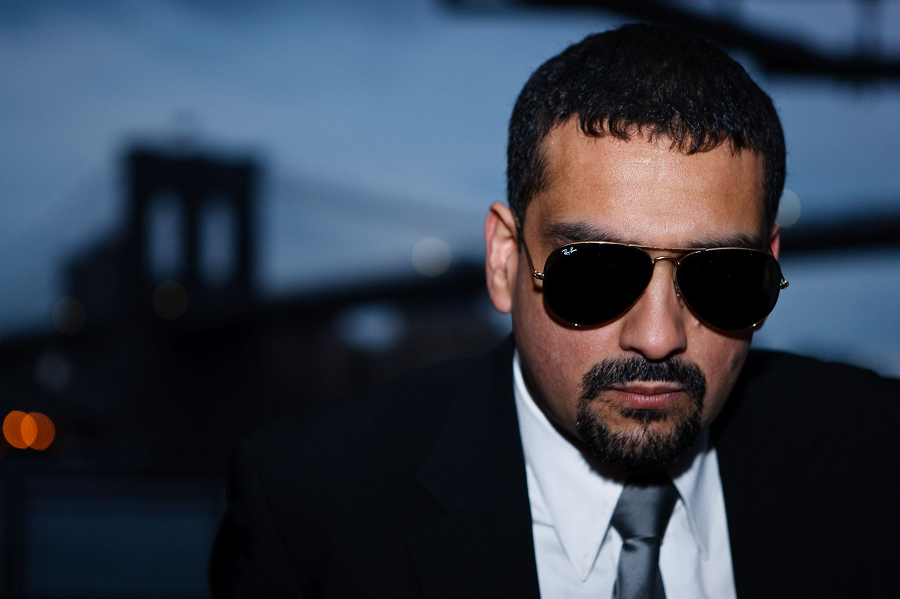 Abe Duque: I pulled myself out of the game 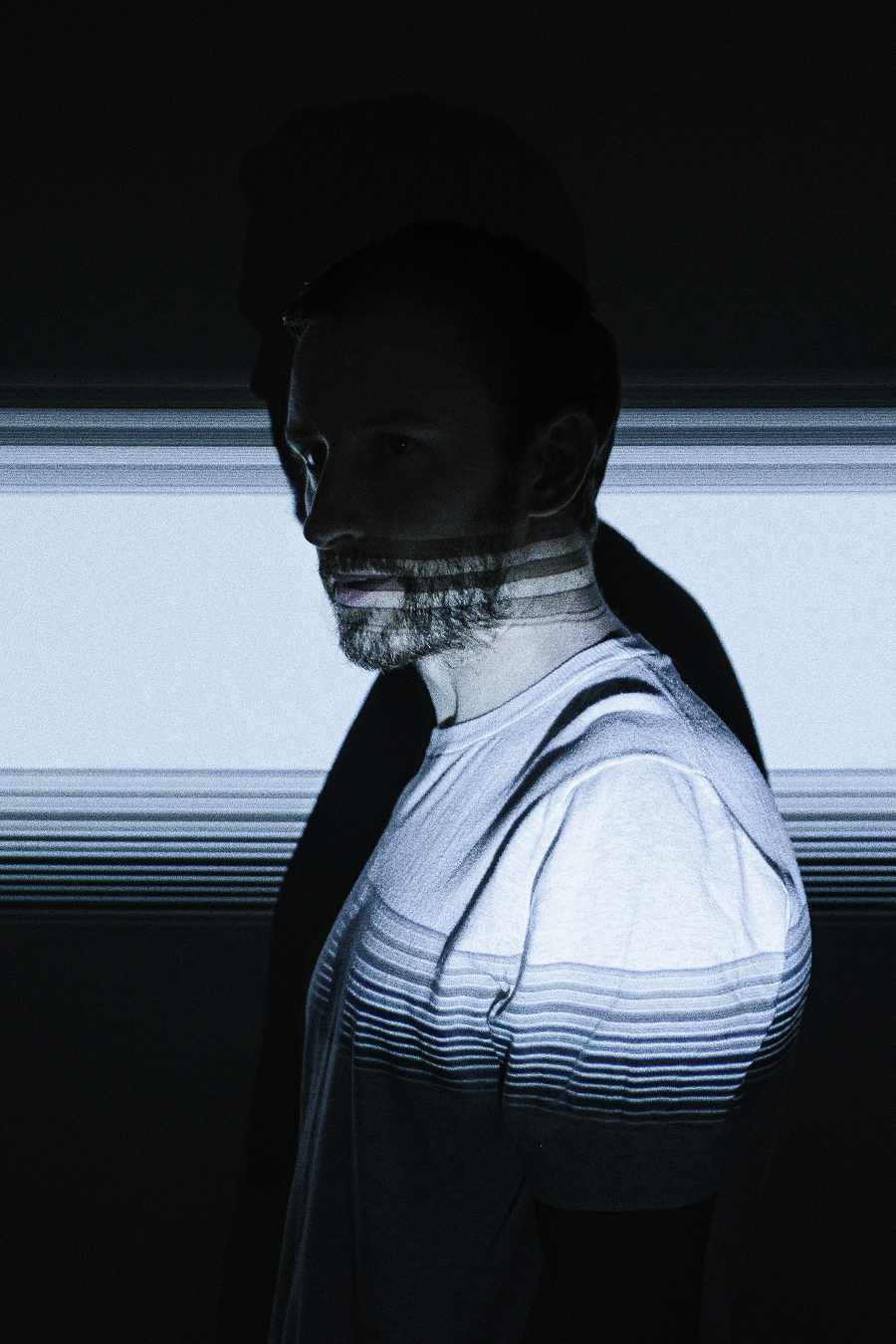 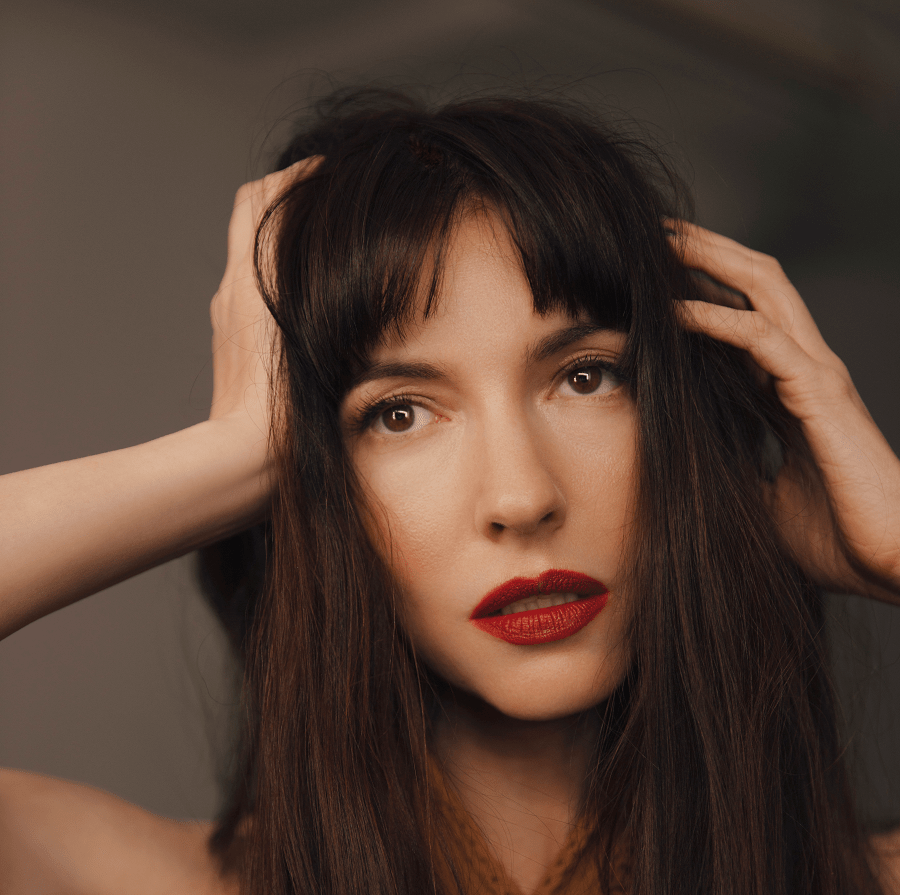 Chrysta Bell: Everything that I am doing is to get on stage 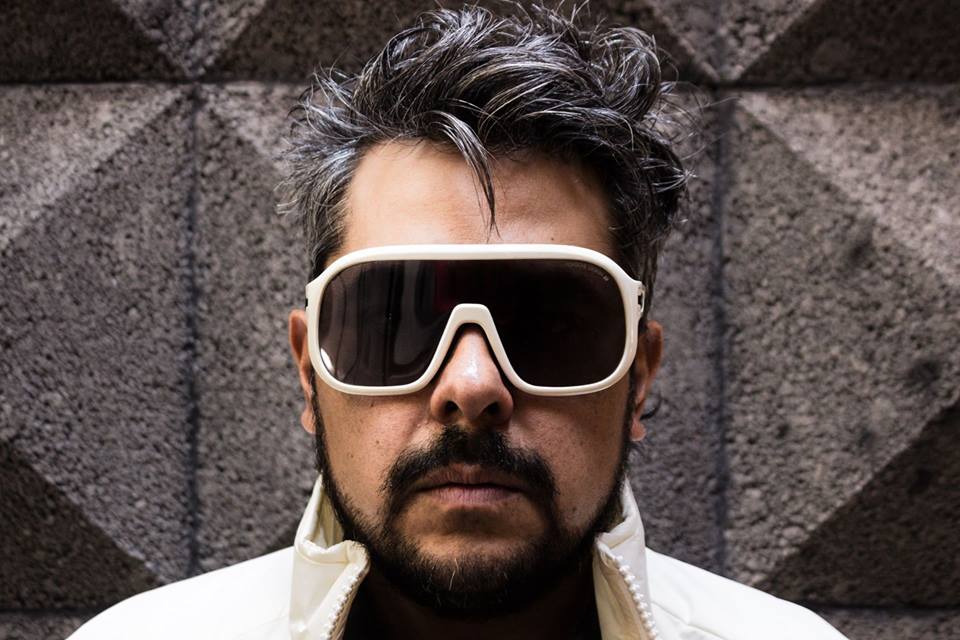 Rebolledo: Trying to make the world a better place 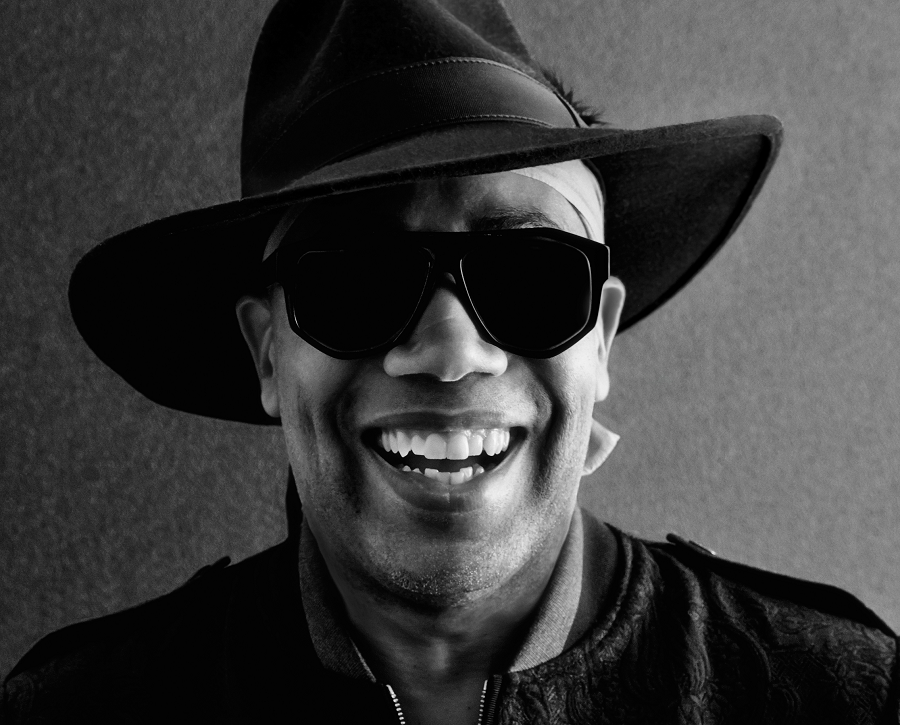 Carl Craig: We were serenading Detroit and building our idea of the musical future