The BREXIT is an opportunity for the EU itself to rethink a little and make a commitment to be more flexible, said the Andorran prime Minister, Toni Marti • All PYRENEES · France, Spain, Andorra 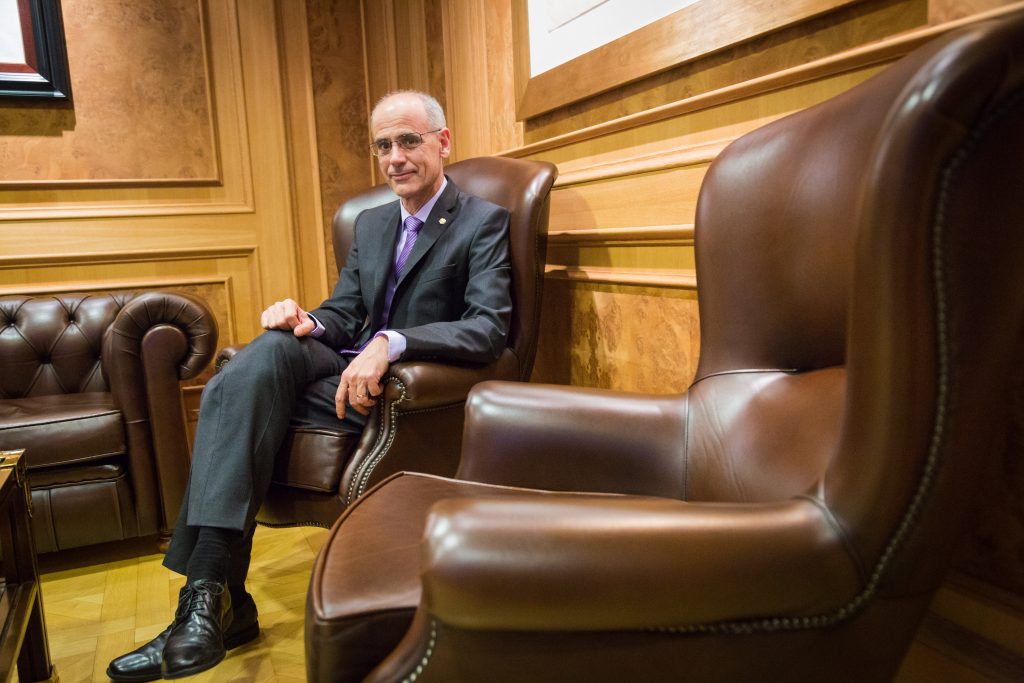 What could you say regarding the relationship between Andorran government and the government of Great Britain?

Andorra and the United Kingdom signed the establishment of diplomatic relations in March 1994, 24 years ago. Both states have historically excellent relations. Since 2011, when we started this legislation, we have intensify our relationship. The British representatives, both diplomats and leaders have shown great interest in Andorra and have monitored  in the various meetings held in recent years, the changes carried out with regarding the fiscal and economic reforms as well as negotiating the association agreement with the European Union.

Andorra and the UK have in common a long tradition of institutional stability, and independence of Parliament. Both countries have managed to preserve institutions and their ways of life up to now that are useful to society today.

The UK and Andorra are the result of evolution, not revolution. They are countries built with reform, not radical changes. And both are also open and multicultural societies, which have received the contributions of people coming from everywhere. I would love to remind the Andorran of the feeling of respect the British have for the Crown, because our Coprínceps are also a fundamental institution.

What is your evaluation of the BREXIT?

It is a sovereign decision of the British people expressed in a referendum, so it is not up to me to express an assessment. Time has proven that it is a decision that is resulting to be very complex to manage because the links between the UK and the rest of the European Union are very strong.

So I think that what would be desirable for the UK, in the new scenario resulting from the BREXIT negotiation, is not break its ties, which are economic and in trade, but also human, social and cultural. Because it is for the benefit of all.

For the interest of British people in the first place, because the UK has always been an open country with strong economic and social relationship with the world.

For the interest of the European Union, because Britain is one of the most dynamic countries in Europe. And for the interest of countries like Andorra, which are not part of the EU, but that benefit positively from the strong economic ties and trade between European countries. I think it is also an opportunity for the EU itself to rethink a little and make a commitment to be more flexible. This can also be positive for countries like us.

How often do you travel to Britain?

I have been several times in London, a city that is essential. I have also been in Northern Ireland which is not Britain, but the United Kingdom- on a trip to Ireland. And I have visited Scotland once when I attended a rugby match of the Five Nations tournament in Edinburgh.

I like British culture. Their respect for tradition and the ability to evolve and adapt, which are basically the same thing. Because if you respect tradition  you have to make it compatible with the historical moment you live in. For passionate about politics as I am, the British parliamentary system or how they live the general election … all these things are very attractive.