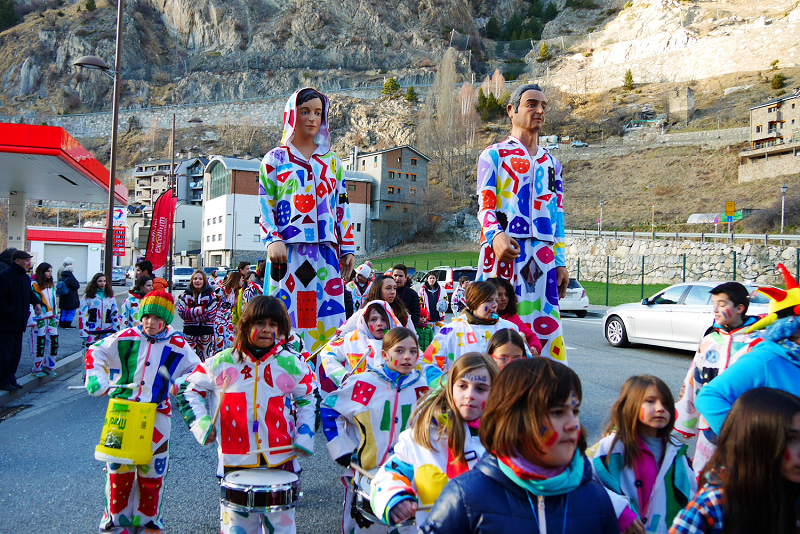 Safest countries in the world: Andorra

According to the World Bank’s report, Andorra ranks fifth in the world in terms of “political stability” and “no criminality” (index 1.32). To put this into context, neighboring Spain is in 31st place (index 0.01).

The crime rate in Andorra, including street crimes (pickpocketing, car theft, and disorderly conduct) are at almost zero. Andorra is on the list of the TOP 5 safest countries in the world.

Andorra is a peaceful country that rarely appears in crime news reports. Primarily, this is due to Andorra’s small size, (the total area is only 468 sq. km) alongside its’ borders with Spain – 63,7 km, and France – 56,6 km. The distance from the capital of Andorra la Vella to the border with France is about 20 km, and with Spain only around 7 km. Strict border controls are in place because Andorra is not a member of the European Union. So to commit a crime and to leave the territory of Andorra unseen is practically impossible.

“In 2016 we had 43 prisoners in the Andorran jail: 35 men and 8 women. Most crimes were drug smuggling and shoplifting”, – informs the Minister of Internal Affairs of Andorra, Xavier Espot.

Security in the Principality is provided by professional police, supplied mainly by Spanish law enforcement services. Patrolling the streets of the capital Andorra La Vella, are armed police crews available 24 hours a day.

The number of tourists visiting Andorra annually is about 8 million people. So Andorra is one of the safest countries in the world for tourists.

Andorra is the 14th oldest state in the world that has been safeguarding its neutrality for the last 700 years of history. As the safest country in the world, Andorra does not participate in military conflicts. This adds an additional guarantee of safety and zero crime rates in the Principality.

Importing prohibited goods, including drugs, into the country is also excluded. In particular, control over the transportation of drugs is carried out with the help of specially trained dogs on 2 borders 24 hours a day. In Andorra, in contrast to some other European countries (including neighbouring Spain) the use of light drugs, including marijuana, is strictly prohibited. The smuggling of narcotic drugs into the territory of Andorra is punished by criminal sentences.

Andorra is the safest places to live in the world with children. You don’t need to worry about the safety of your children when they spend time outside. Safety rules established in the schools are strict, and the possible presence unauthorized persons on the territory of educational institutions is entirely excluded. During the hour before school starts, as well as for one hour after, access roads to the schools are patrolled by the police.

Violation of the rules of conduct in public places may lead to expulsion from the country. Andorra has prohibited smoking in various locations (restaurants, clubs, hotels, public buildings) alongside drinking alcohol in public places. The violation of administrative regulations also leads to serious penalties.

Numerous systems of CCTV cameras and patrol police cars control the roads, security of vehicles and compliance with traffic regulations. Fines for violations of traffic regulations are quite severe and can amount to several thousand euros.