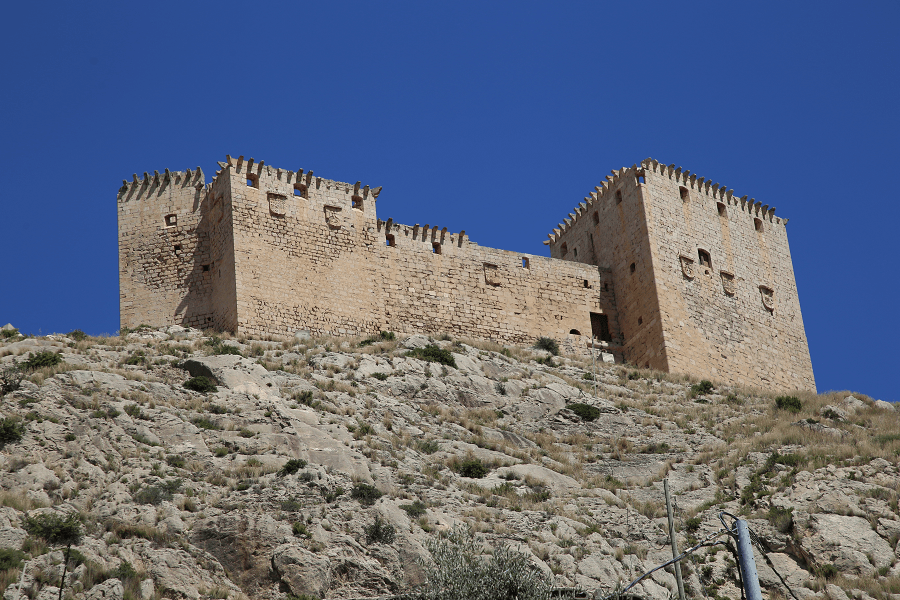 Mula (Sp. Mula) is a town and municipality in Spain belonging to the Murcia Region, located in the Mula River Region, of which it is a capital. The municipality is famous for the Fiestas del Niño Jesús de Mula and La Tamborada, declared Intangible Cultural Heritage of Humanity by UNESCO. 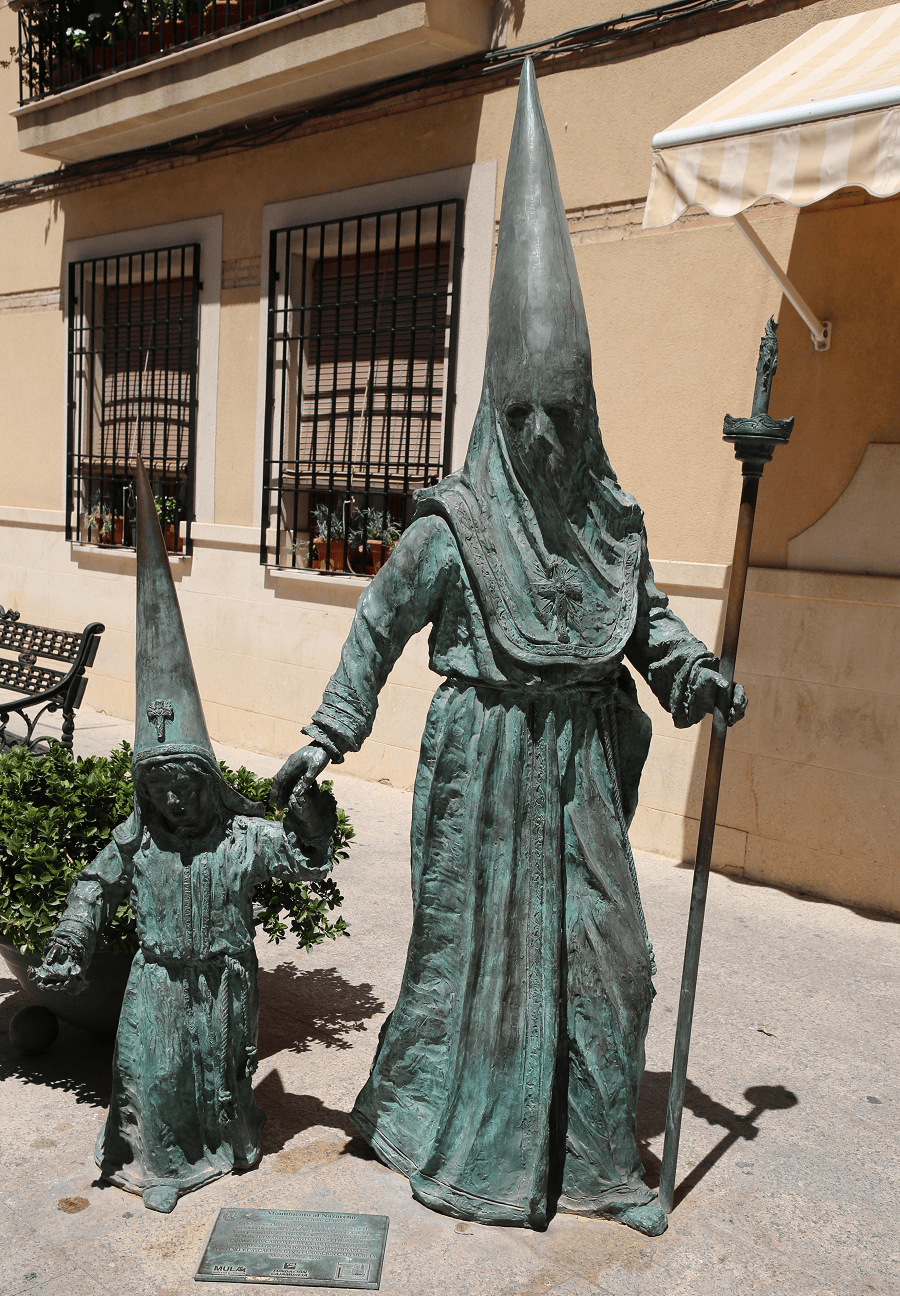 San Miguel’s Church: In the town hall square of Mula is the Parroquia de San Miguel, which with the next Clock Tower (declared a Site of Cultural Interest) form a very representative monumental complex in the municipality. Built in the 16th century, it underwent successive extensions such as the south portal built in 1618, or the 18th century remodeling due to Cardinal Belluga. The church has a Latin cross plan and in the naves of the transept are the most important chapels, on the right – Marqués de los Vélez and on the left – San Felipe.

This parish has a painting museum made by the donation of Pilar de la Canal, widow of Pedro Luis Blaya, in 1940. Among the most prominent painters are Ribera, Mengs, Joaquín Campos. All these paintings were in a parish museum of the 50s founded by the Priest Esteban Monreal y Monreal. 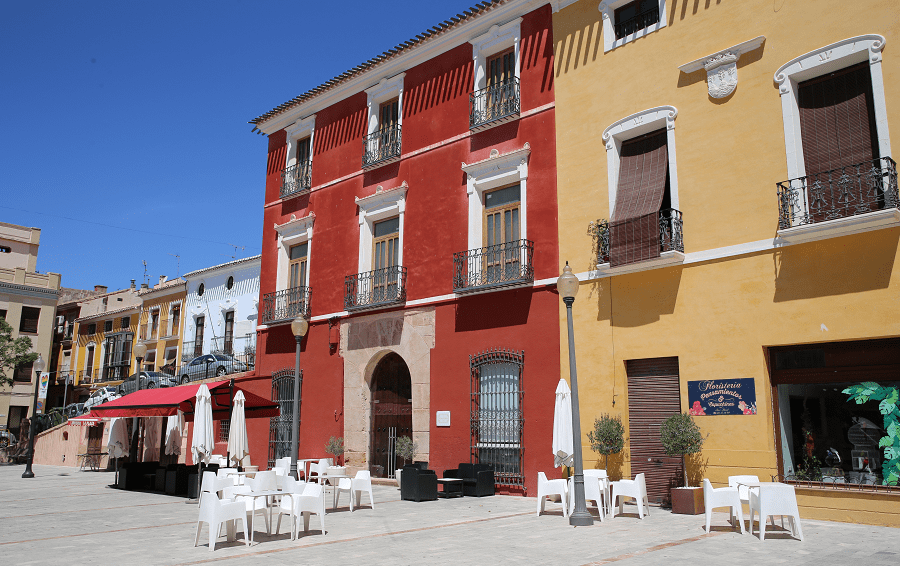 Royal Monastery of the Incarnation: Of Poor Clare nuns (declared a Site of Cultural Interest), built between the 17th and 18th centuries. It has a 16th century bell tower of the old Hermitage of Nuestra Señora de los Olmos on which the current monastery was built. It has a cloister, the most remarkable element of the enclosure.

Church of Santo Domingo de Guzmán: Built on top of an old mosque, it is therefore linked to the royal foundations of Alfonso X (then infante) after the conquest of Mula in 1244. The current building started in 1557 in Renaissance style, the Rosario chapel and the tower are from the 18th century. It has pictorial works by Mateo Gilarte.

Hermitage of Our Lady of Carmen: Declared a Site of Cultural Interest. Typical construction of the Murcian Baroque (18th century). Located in the heart of the old town, it welcomes the patron saint of the city. 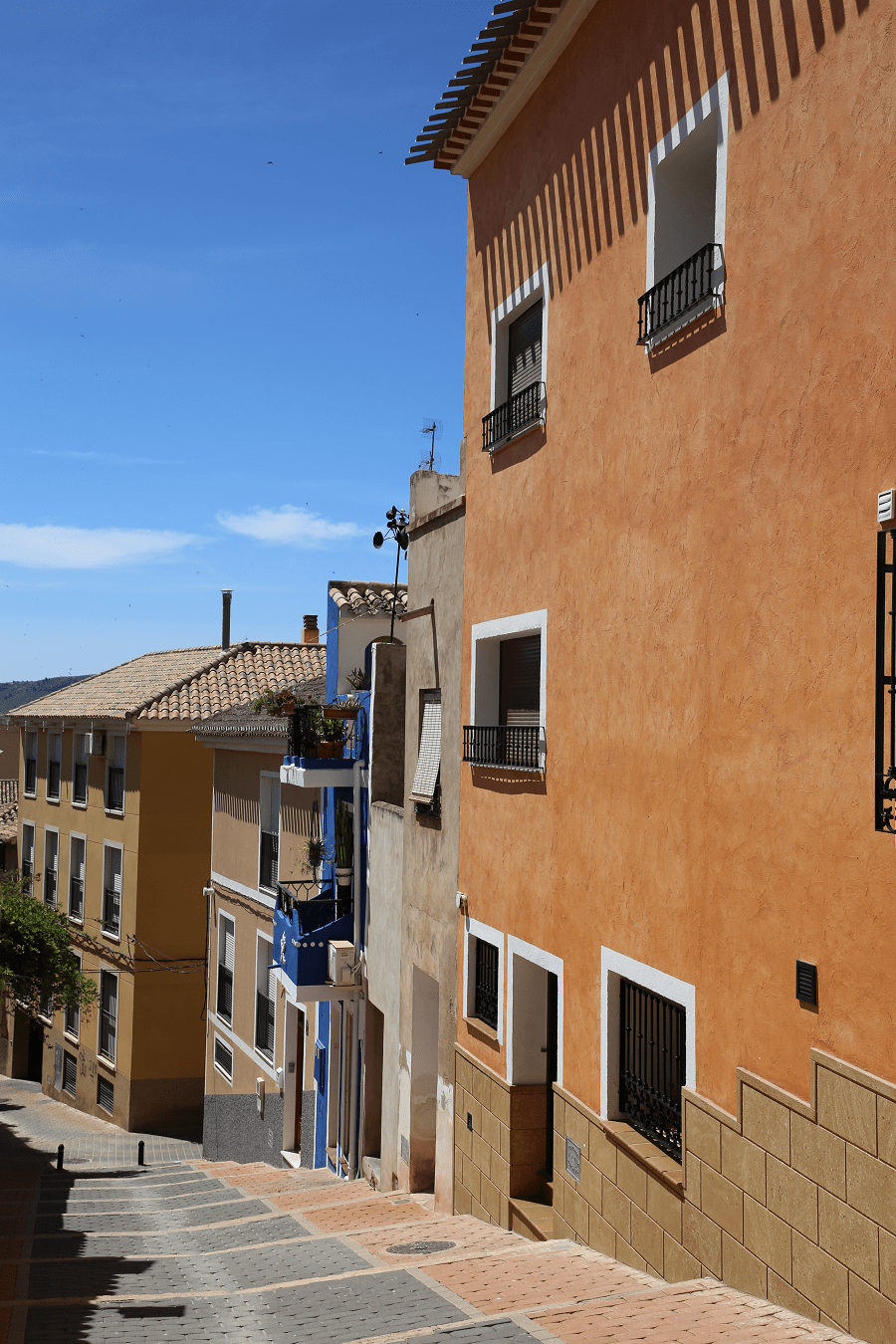 Church of San Francisco: Consecrated to the Immaculate Conception, it is integrated into the Convent of San Francisco, founded by the Marquis de los Vélez. Started in the 16th century, the second phase of the works was completed in the 18th century, mixing Renaissance and Baroque elements.

Sanctuary of the Infant Jesus of Balate: Place of pilgrimage that houses the image of the Divine Child Jesus, in the district of the same name. Baroque style building. 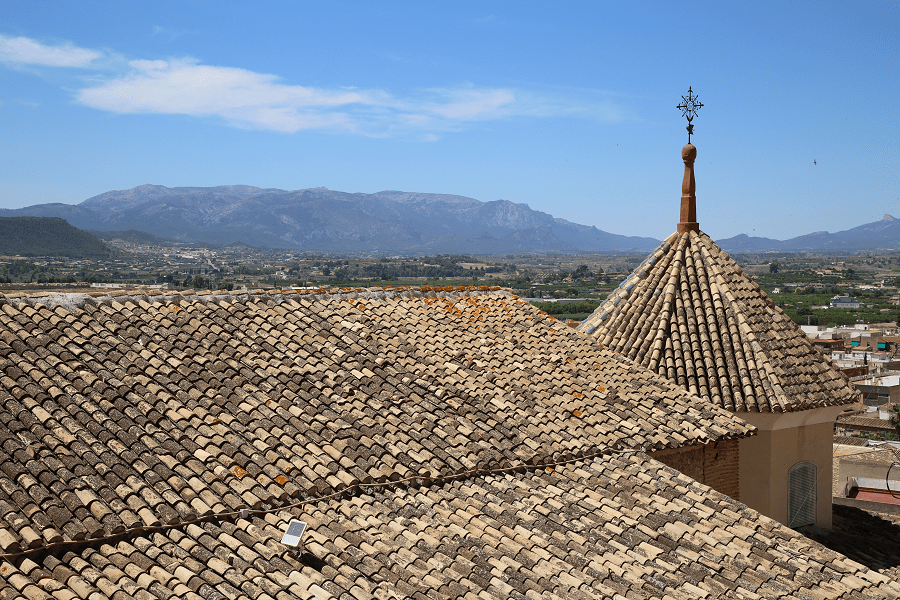 Castle of the Vélez: The main symbol of Mula is the Castle that watches from the hill. The passage of time has left numerous traces in this emblematic construction carried out not to protect the town but to subdue it, as a result of the town’s attempts to return to its status as royalty and avoid the stately domain of the Marqués de los Vélez.

The architecture of the castle is Renaissance, defensive in character and simple in shape, located on a rocky crag. Of the two entrances, one of them is accessed through the upper part of the wall and towers of the old Muslim fortress. It contains four differentiating elements: a keep, a central nave with a barrel vault, one attached to the nave and a cistern. 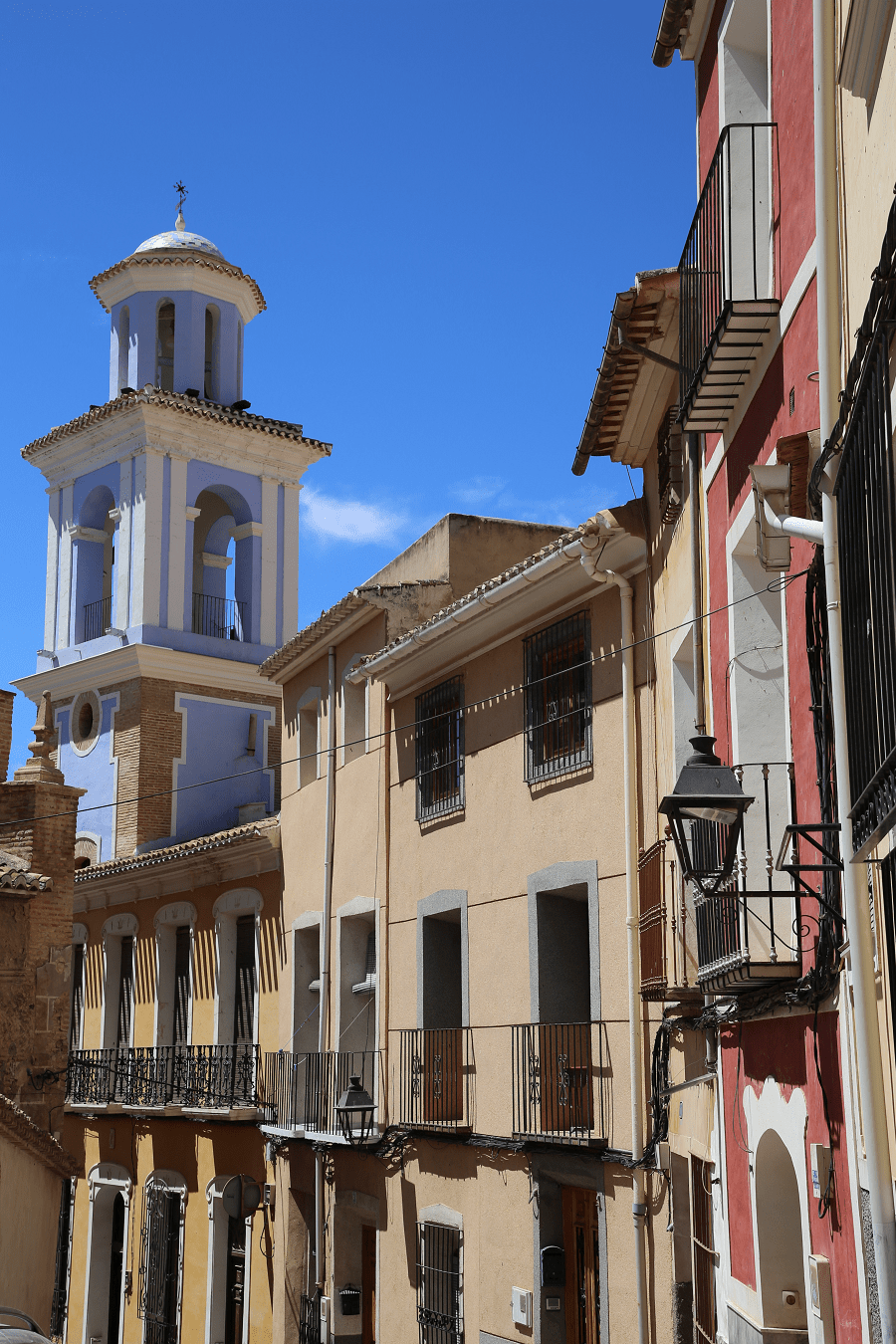 Old town: It has been declared an Asset of Cultural Interest in the category of Historic-Artistic Complex, with the code RI-53-0000251. Several large houses stand out in its urban fabric, such as the Casa de los Coy or the Palacio del Marqués de los Vélez, among others.

Painted House: It is a Baroque palace in which a museum is located that collects works by the local artist Cristóbal Gabarrón.

Iberian complex of El Cigarralejo: It is an archaeological site of the Iberian culture (5th and 4th centuries BC) that includes remains of a town, a necropolis and a sanctuary on the outskirts of the town. 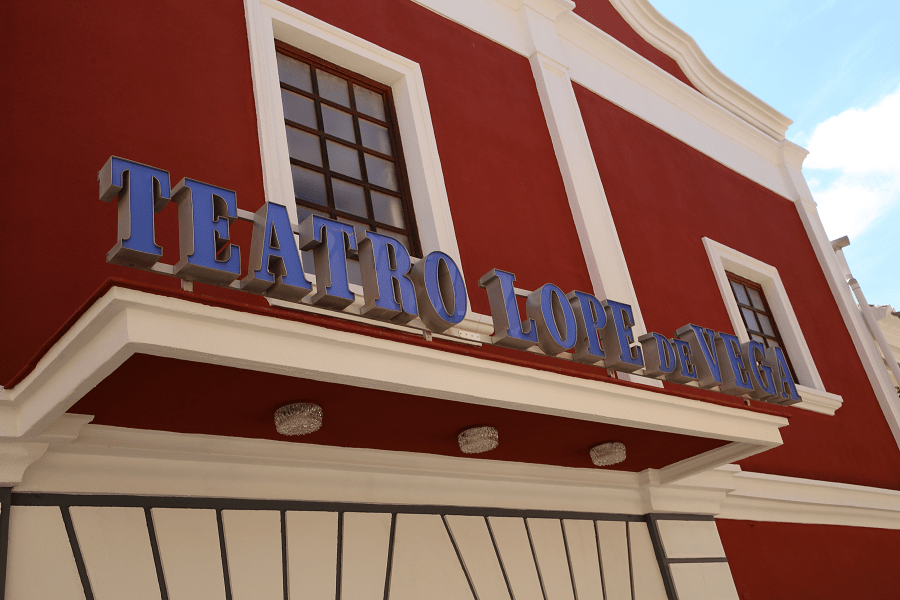 In the center of Mula is the El Cigarralejo Iberian Art Museum, installed in the Baroque Palacio de los Marqueses de Menahermosa, exhibiting various remains, ceramics and utensils found in the excavations.

Castle of Alcalá or de la Puebla: Located on a hill near the hamlet of La Puebla, it is of Muslim origin and the access door and the wells that supplied water to the enclave can be visited. It has been declared an Asset of Cultural Interest.

Moorish castle of La Puebla: One of the oldest fortified buildings of Islamic origin in the Region of Murcia, as some authors date its foundation to the 8th century, when a garrison of Muslim troops was established in the place to control the old enclave of Mula (the Cerro de la Almagra). 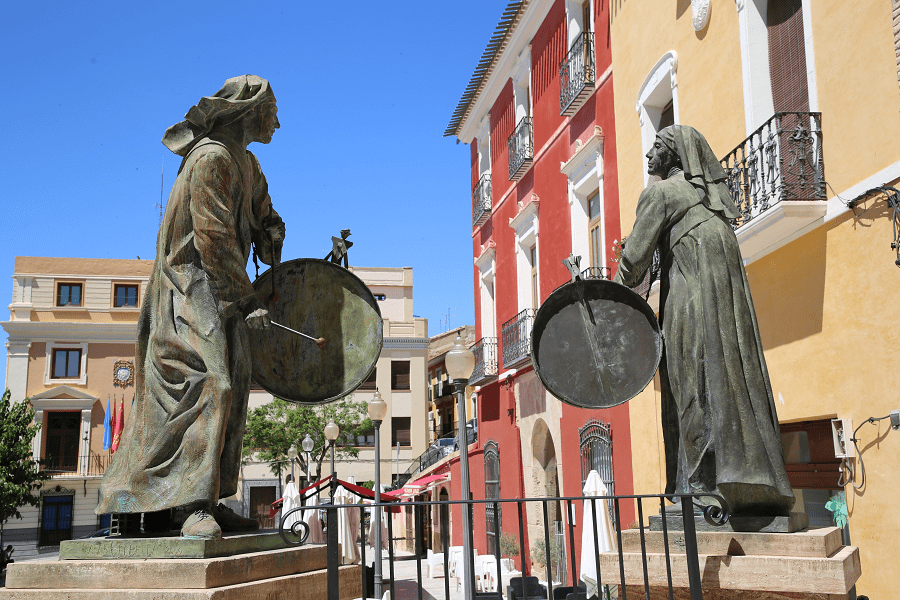 Over the years it was gaining importance, given its character as a strategic enclave, as a point of control of the territory and communication routes. Its imposing defensive structures even allowed it to maintain a relevant role during the process of incorporation of the Kingdom of Murcia to the Crown of Castile, in the mid-13th century.

Cerro de la Almagra: Located in the vicinity of the current district of Baños de Mula, it houses a site from the late-Roman and Visigothic times, constituting the first location of the city of Mula until it was moved to the current place in Muslim times. This was one of the seven cities that would appear in the pact of Teodomiro, of the year 713.

In the minimal excavations carried out in it, a temple and dozens of tombs have been found, mostly of children. It has been declared an Asset of Cultural Interest. 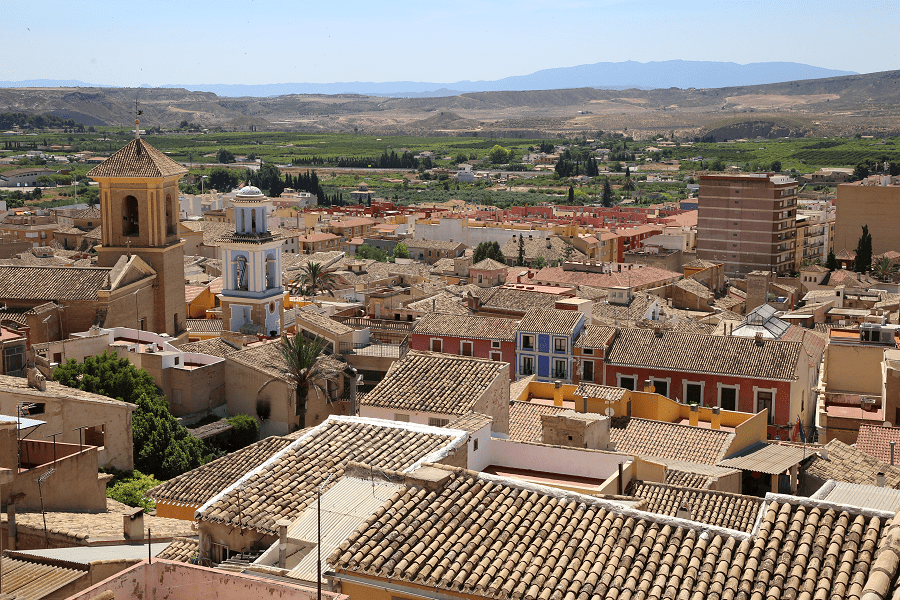 Rock heritage: The municipality has the cave shelters of the Milano, the Cejo Cortado, the Lomo de Herrero and the Abrigo del Charcón, all of them World Heritage Sites as part of the cave art of the Mediterranean arch of the Iberian Peninsula.

Roman Villa of Los Villaricos: Site from the 1st to 4th centuries AD, declared a Site of Cultural Interest, located on the outskirts of the town. 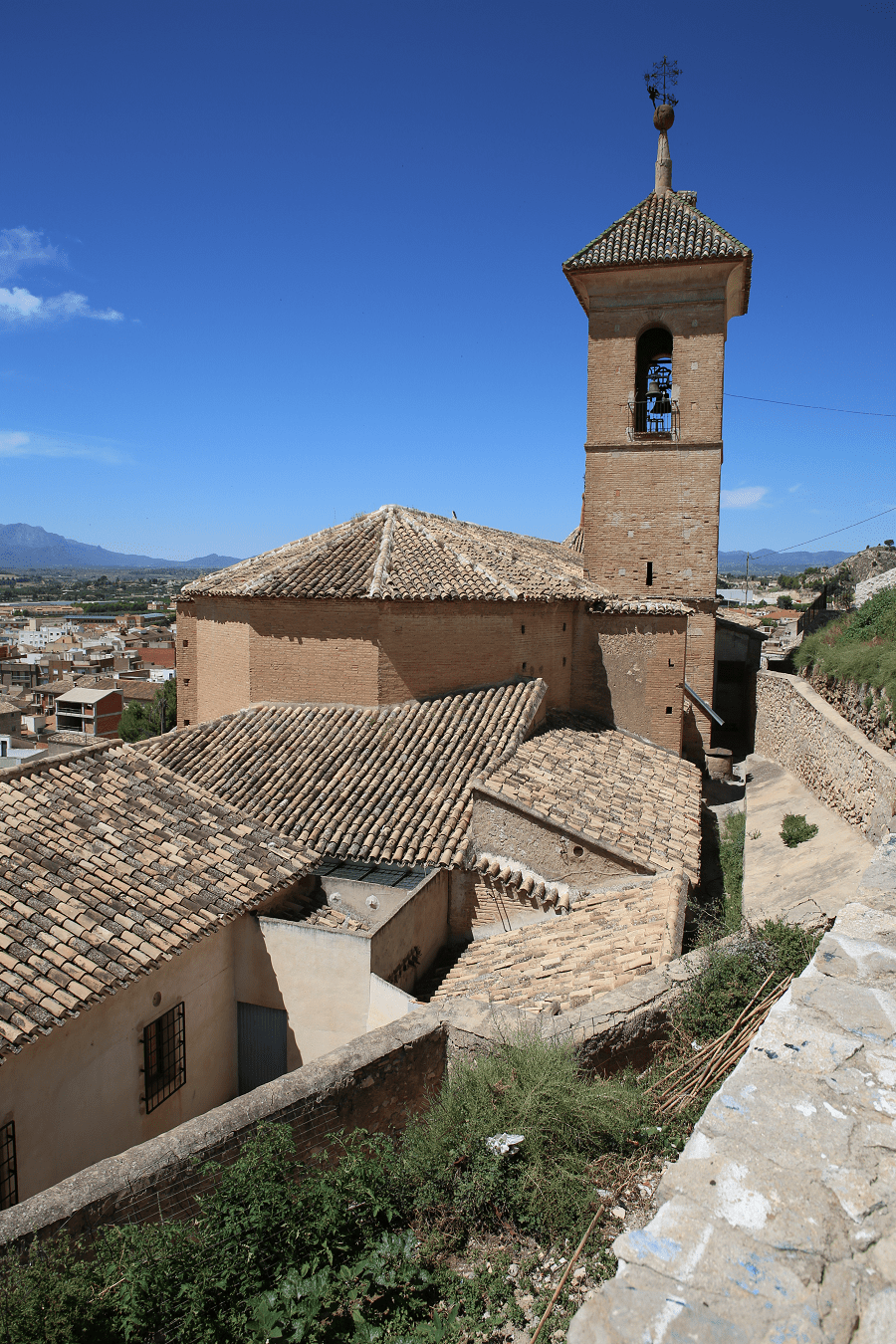 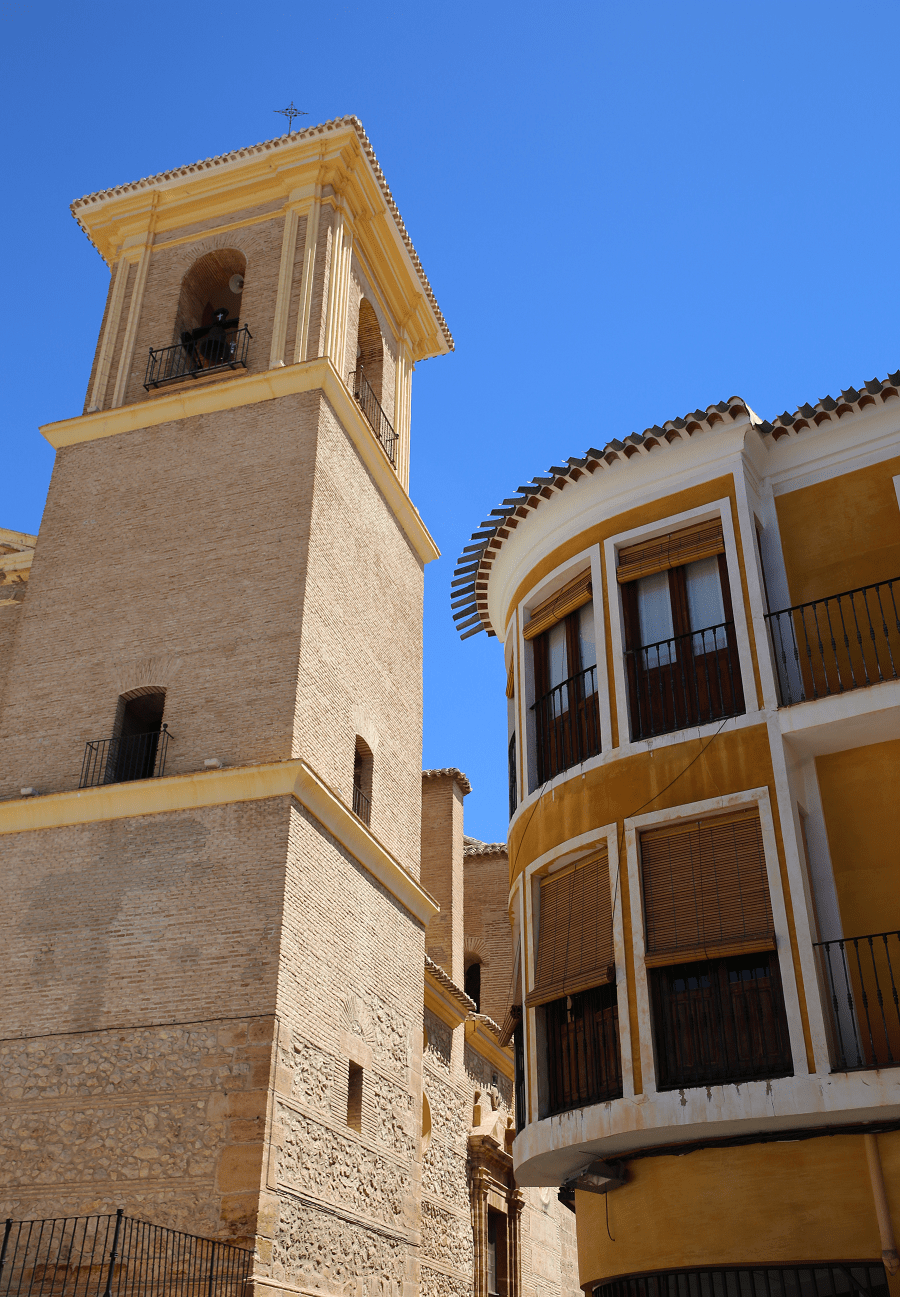 The night of the drums (Tamborada)

The origin of the playing of the drum in Mula is difficult to narrow down, but seems to have taken place during the 14th century, as a form of protest. Presently, it is not clear that the first existing mention written of the playing the drum through the streets of Mula goes back to the municipal ordinances of 1859, where it is written that only those persons authorized through the Brotherhood of Carmen were allowed to go through the streets with drums, and only in the procession. For this reason, it is supposed that already at that time in the Holy Week of that year the people went out to play drums through the streets.

It is believed that this tradition of playing drums comes from the beginnings of the fourteenth century. It is possible that through the ages in which the playing of the drum in this locality, Holy Week, it could have been a form of religious demonstration, but it is not at all the case that the people of Mula begin to play drums in protest at the restrictions and prohibitions imposed by the civil and catholic authorities in the locality.

On the night between the Holy Tuesday and the Holy Wednesday, in the plaza of the town hall, thousands of people dressed up in black tunics with huge drums congregate in and around the plaza outside the town hall. A few minutes before the clock strikes 12, the street lights in the plaza are dimmed and all goes silent. Suddenly all the drummers raise their hands above their heads and create a beat by banging their sticks together. A fanfare of trumpets join in and finalise the end of the introduction. A few seconds then pass and the ground begins to tremble and shake and the drums begin to play at once, the ground begins to tremble. Men, women and children march the streets all night beating upon their drums in a repetitive beat. The drumming continues the night long into the next day and often after that. 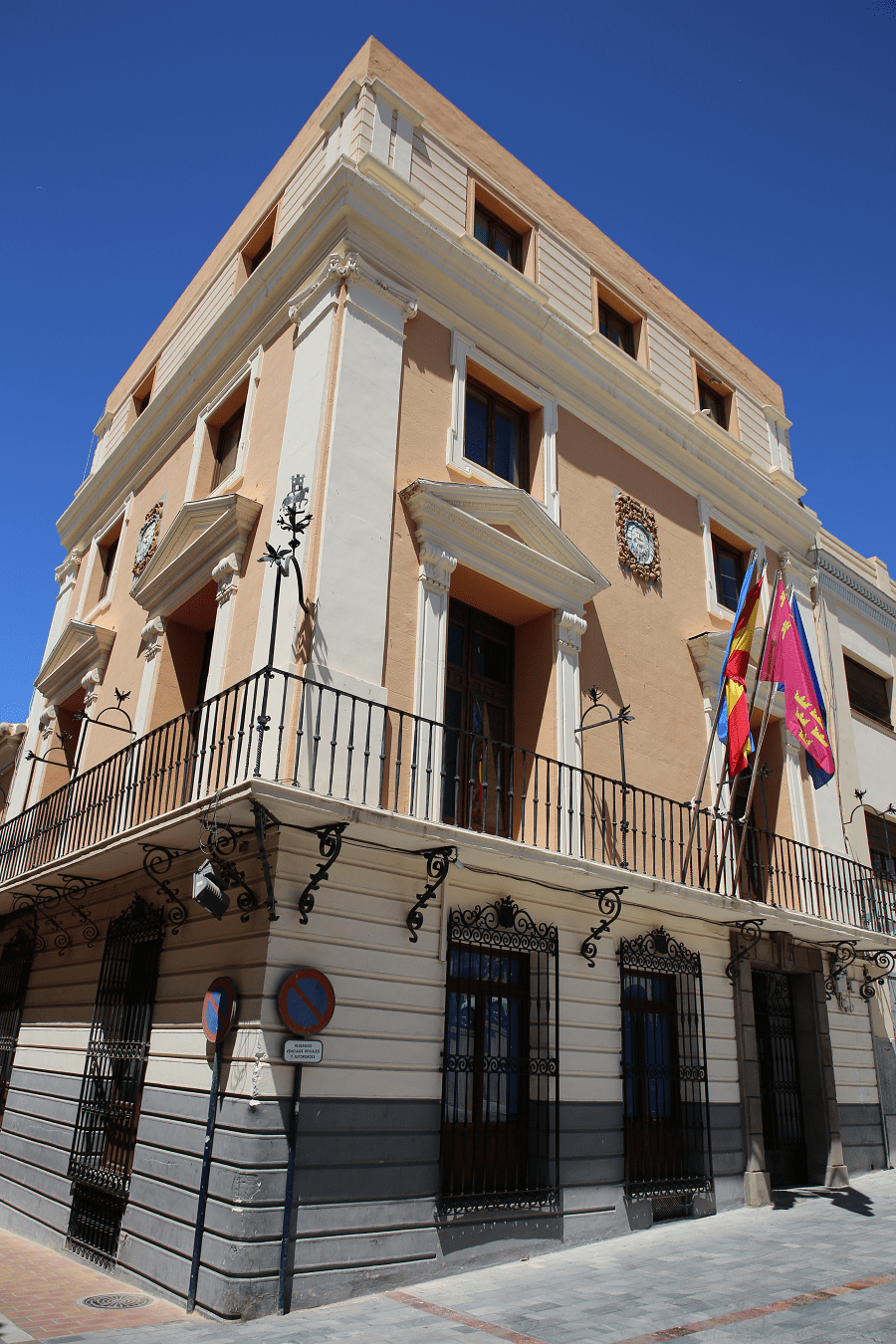