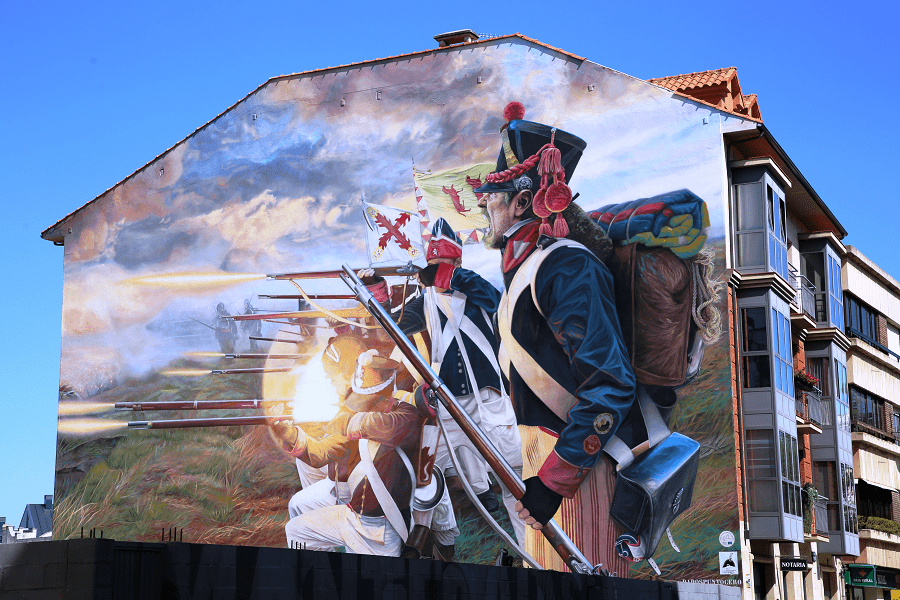 Astorga is a municipality and a city located in the central area of the province of León, in the autonomous community of Castile and León, Spain.

It’s a capital city of Maragatería. La Maragatería or País de los Maragatos (Tierra de Maragatos in Leonese language), is an ancient historical region or traditional comarca in the landlocked Province of León, Spain. Its inhabitants are known as “Maragatos”. Leonese language is widely used in this shire.

In 1528 Hernán Cortés brought Mexican Cacao bean to Spain. In the museum of chocolate in Astorga, 16th-century hot chocolate mugs are displayed. Astorga is the European birthplace of chocolate. One sees Astorga chocolate all over the region. The Marquisate of Astorga, the Diocese and the Maragato muleteers made Astorga a pioneer in the elaboration of chocolate from the 17th century. In 1914 there were 49 chocolate manufacturers in town. 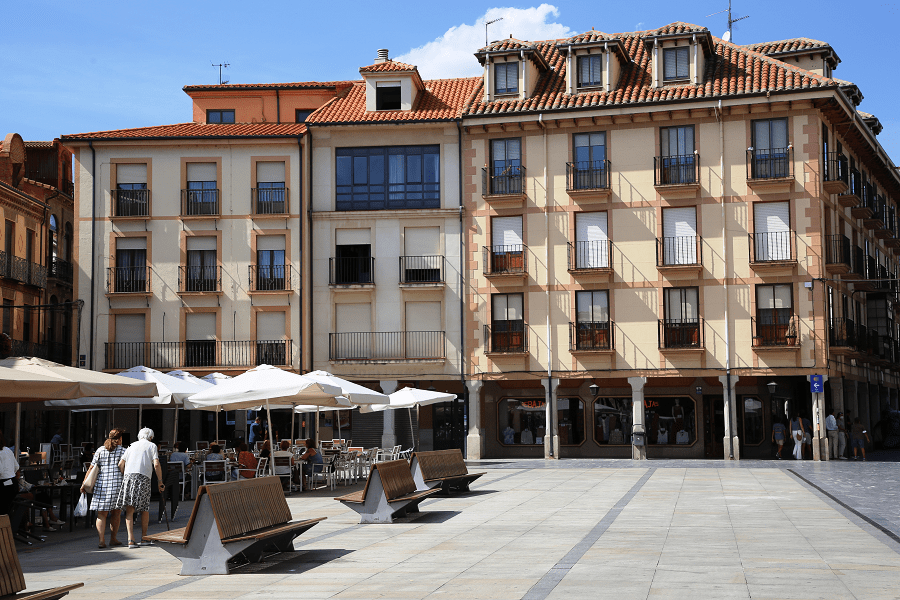 The town lies at the junction of the French route, the most popular path and Vía de la Plata route, an alternative path of the Way of St. James (Camino de Santiago). 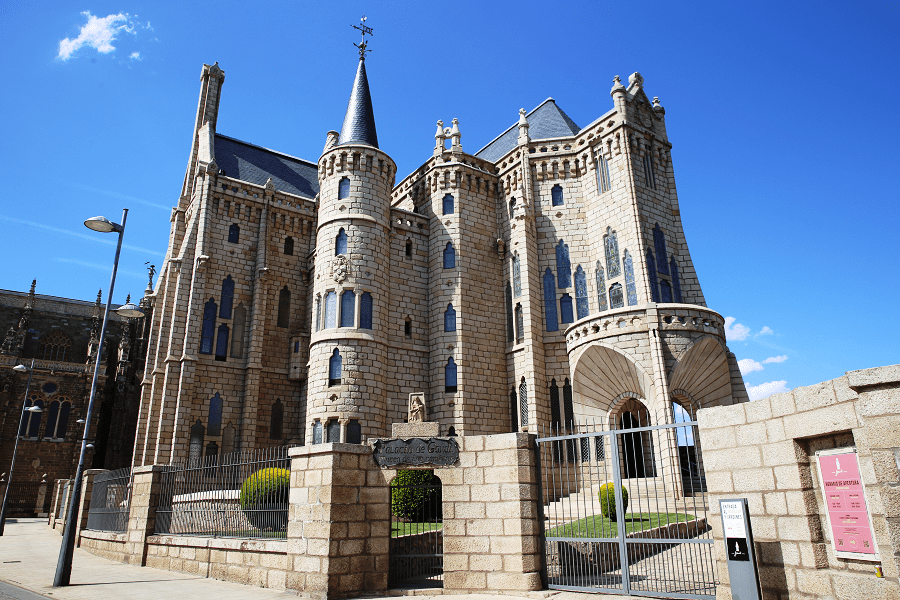 The Astorga wall surrounds the old town. The ancient Roman city of Asturica Augusta, founded in the times of Augustus on the occasion of the Cantabrian wars, was endowed with a first defensive wall which had an ephemeral life since at the end of the 1st century it was demolished. 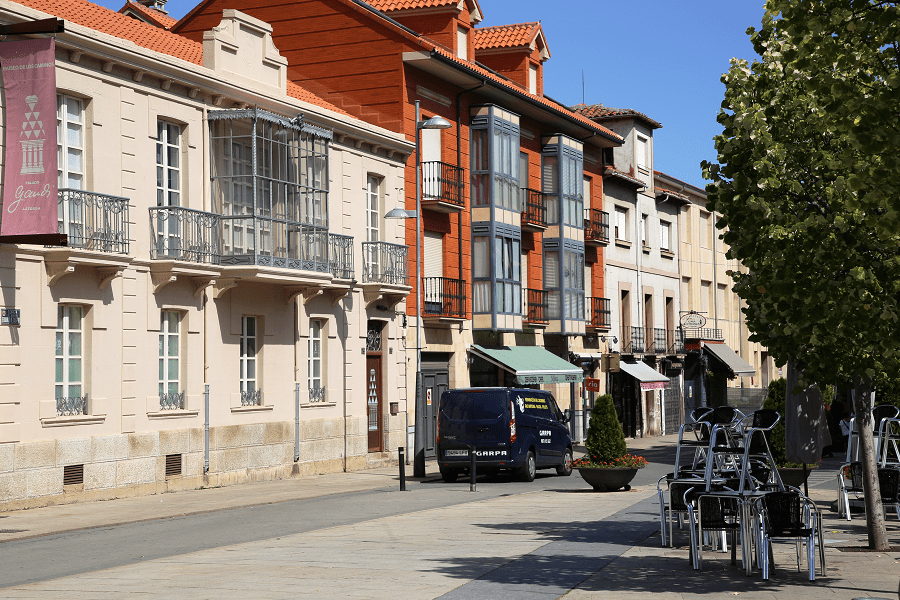 A second wall was built in the 3rd or 4th century, the wall being visible in the current enclosure, although with numerous reforms and restorations carried out since medieval times. With a length of more than 2 km, and circling the hill on which the city sits, it is one of the most outstanding monuments of the city. 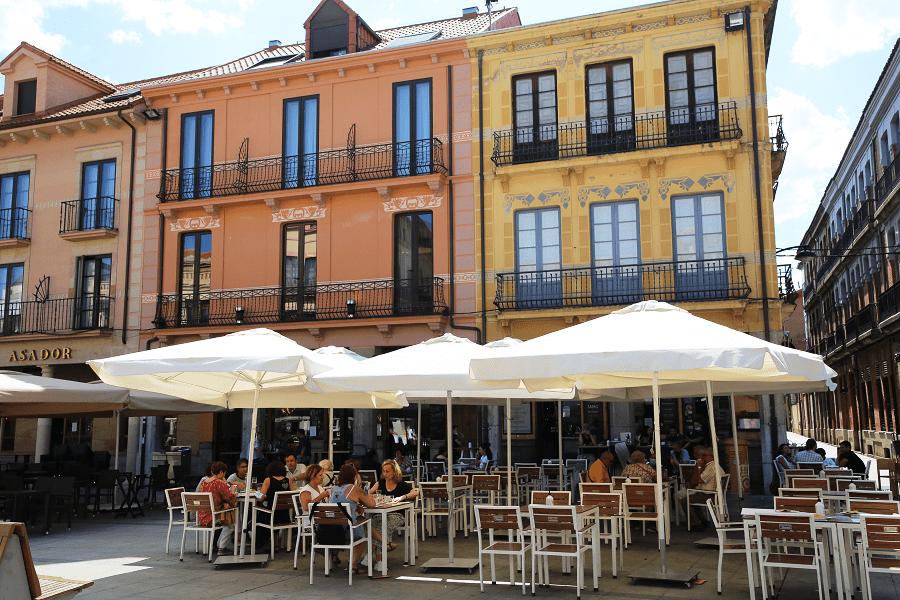 The Cathedral of Astorga is a Roman Catholic church. It was declared a national monument in 1931.

The gothic building was begun in 1471, within the same walls of its Romanesque predecessors from the 11th-13th centuries. The construction lasted until the 18th century, thus to its original Gothic style appearance were added elements from later styles, such as the Neo-Classicist cloister (18th century), the Baroque towers, capitals and the façade, and the Renaissance portico. With a rectangular layout, with apsidal chapels, very clear and bright, it has an architectural closeness to German Gothic. 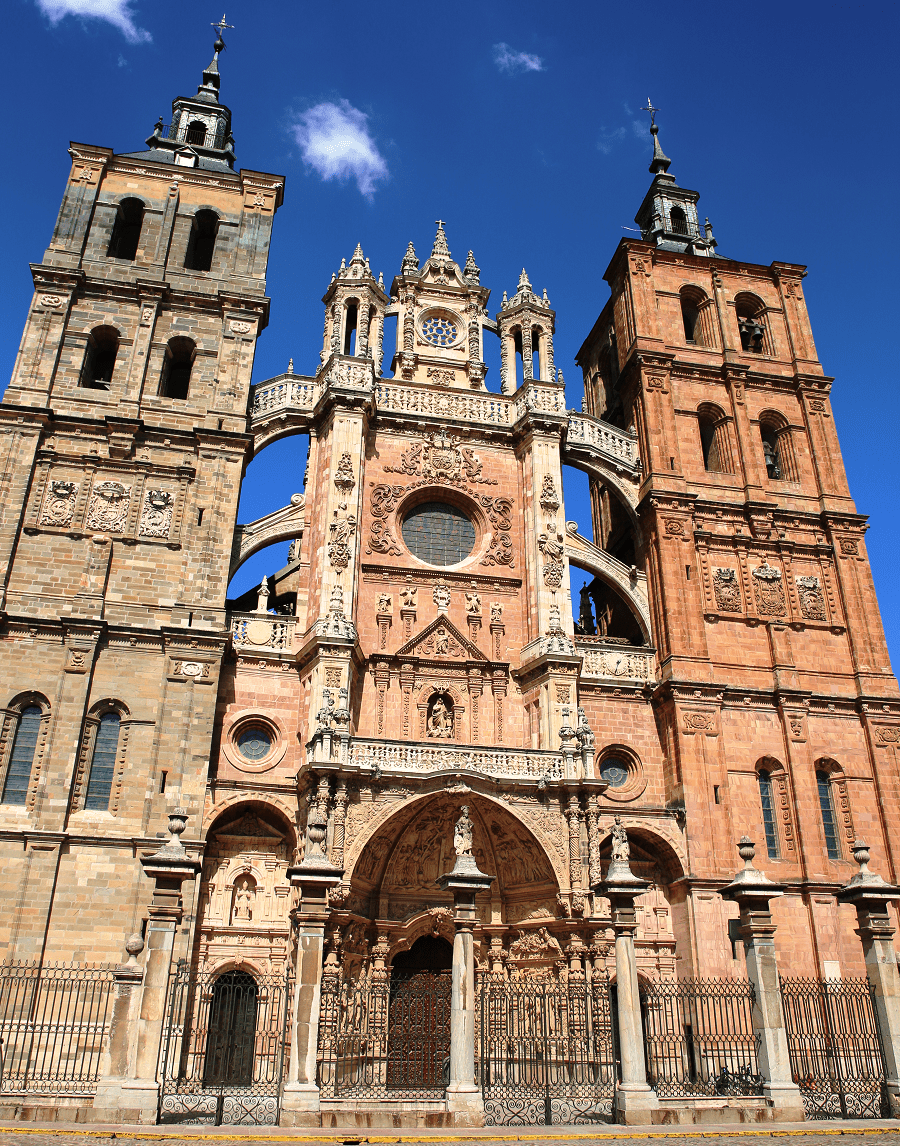 The interior houses numerous artworks, such as the Flemish-Spanish retablo of St. Michael, and the large high altar by Gaspar Becerra (1558), considered a masterwork of the Spanish Renaissance sculpture. Other sculptures include the “Purísima” by Gregorio Fernández (1626), “St. John the Baptist and St. Jerome” by Mateo del Prado (17th century) and the “Christ of the Waters” (14th century). 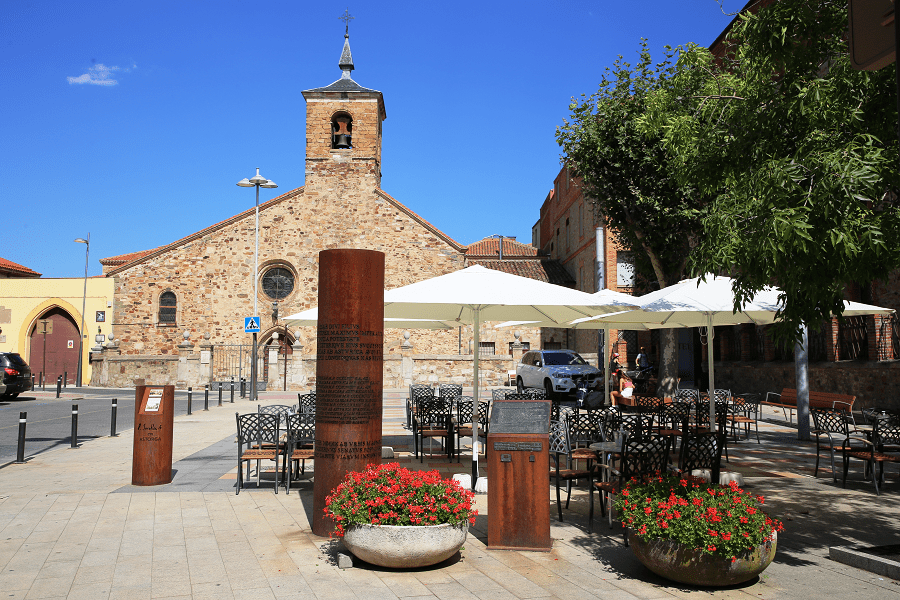 Next to the church is the Neo-medieval Episcopal Palace, designed by Antoni Gaudí.

The Episcopal Palace of Astorga is a building by Spanish Catalan architect Antoni Gaudí. It was built between 1889 and 1913. Designed in the Catalan Modernisme style, it is one of only three buildings by Gaudí outside Catalonia. 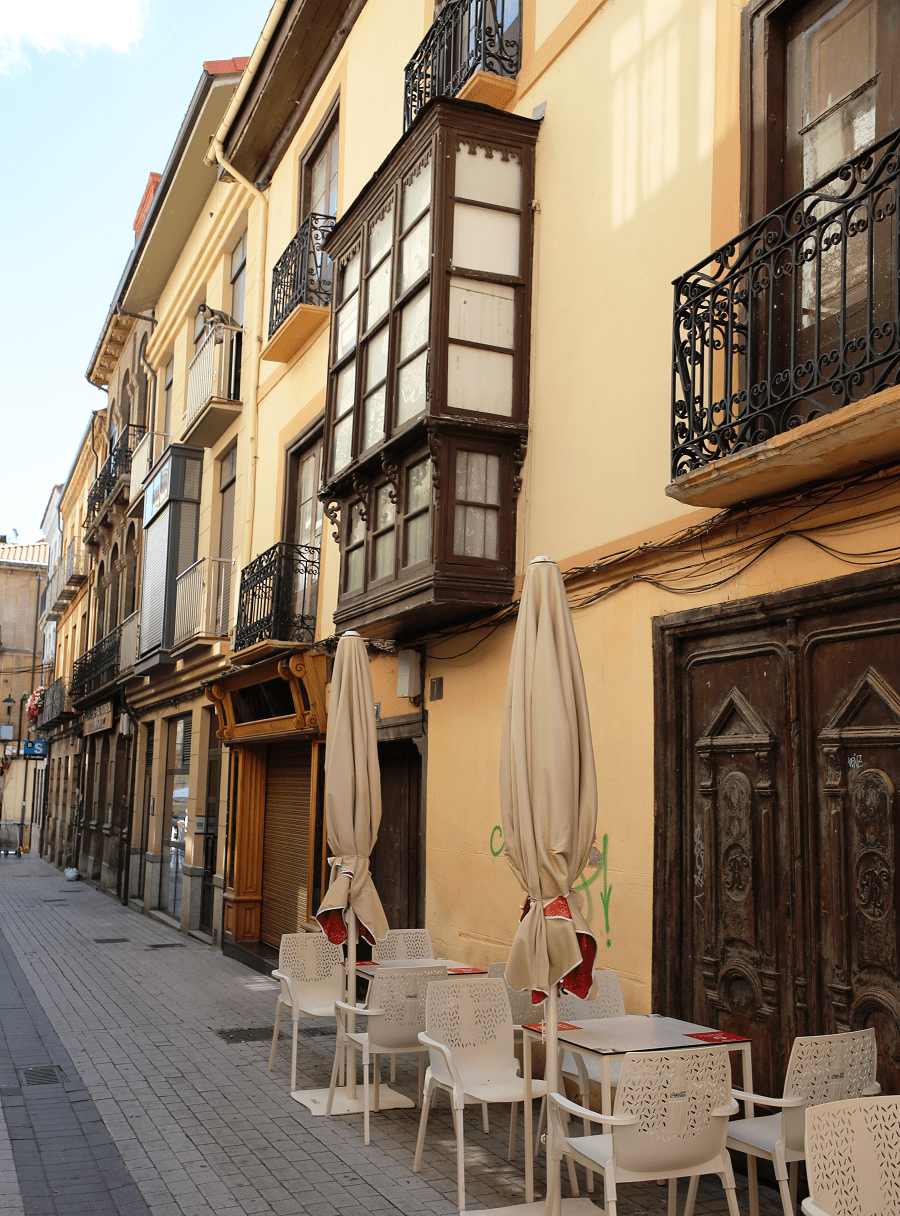 The edifice, built in gray granite from El Bierzo, is in a neo-medieval style harmonizing with its location, including the cathedral in particular. It does, however, also feature some of the elements typical of the later Gaudí, such as the arches of the entrance with buttresses, and the chimneys integrated in the side façades. Gaudí had devised a five-meter tall angel to crown the façade, but it was never mounted. The façade has four cylindrical towers and is surrounded by a ditch. 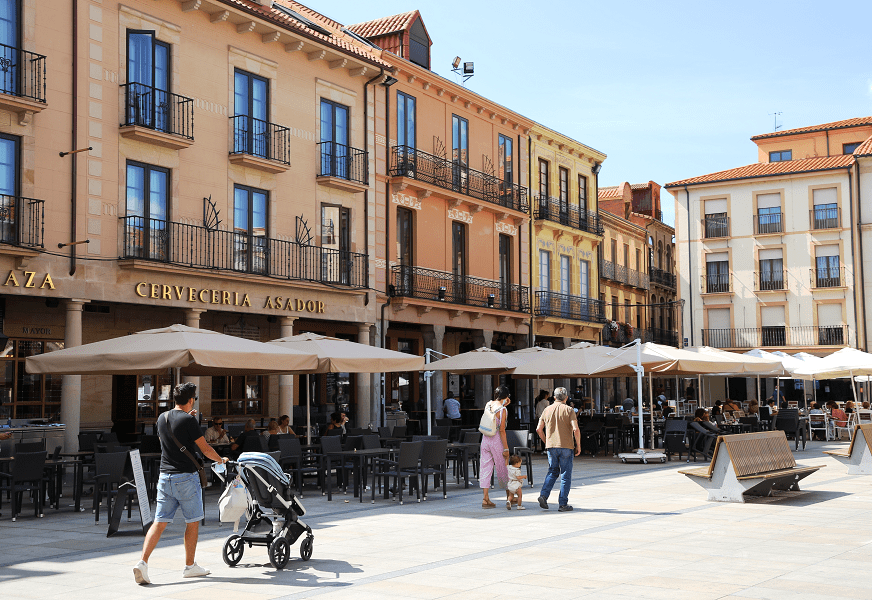 Town Hall: the construction began in 1683 according to the project of Francisco de La Lastra and ended in 1703. Later the balconies (1730, Francisco García Casella), the finishes of the side towers (1739, José Álvarez de la Viña) were added and the central belfry (1748, Domingo Martínez), which served to house the clock and the bells, the largest of which is accompanied by two dolls dressed as maragatos, called Juan Zancuda and Colasa, who mark the hours by hitting it with a mallet. It is a façade on three floors, with the axis of symmetry in the semicircular arch that gives access to the building, the belfry and the royal coat of arms. 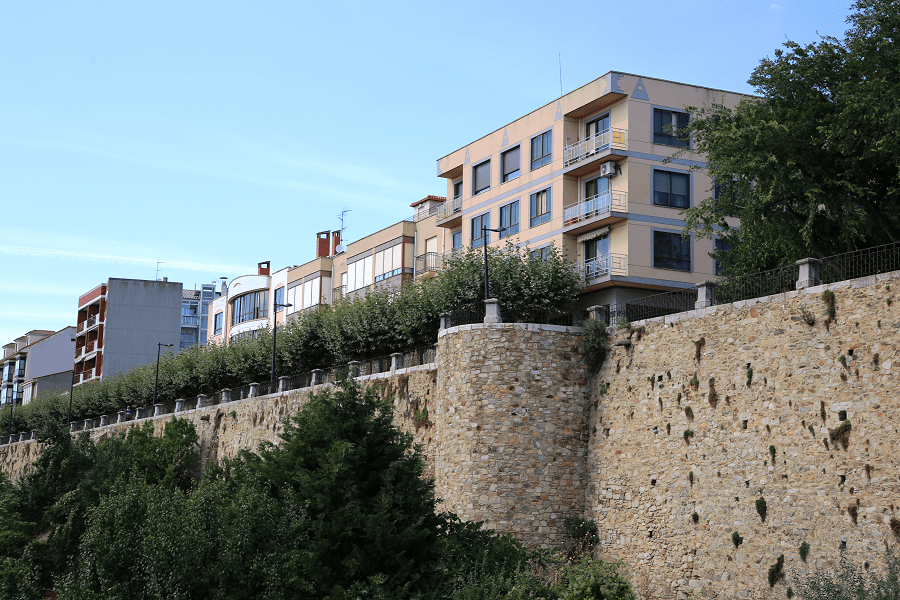 The city has other buildings of cultural and architectural interest located mainly in the old town. Among them are the sanctuary of Fátima, formerly called the church of San Julián, of whose Romanesque origin it preserves four capitals on the façade; the church of San Bartolomé, also started in the Romanesque, with later reforms and baroque interior decoration, in whose atrium the councils were held until the construction of the Town Hall building; the church of Santa Marta, dedicated to the patron saint of the city, which was built in 1741 on a previous church with a neoclassical façade and a Baroque interior; the convent of Santa Clara, which experienced difficult moments in 1810 during the sieges of Astorga; the church and convent of San Francisco, from the 13th century; the convent of Sancti Spíritus dates from the 16th century and inside the church it presents baroque decoration. 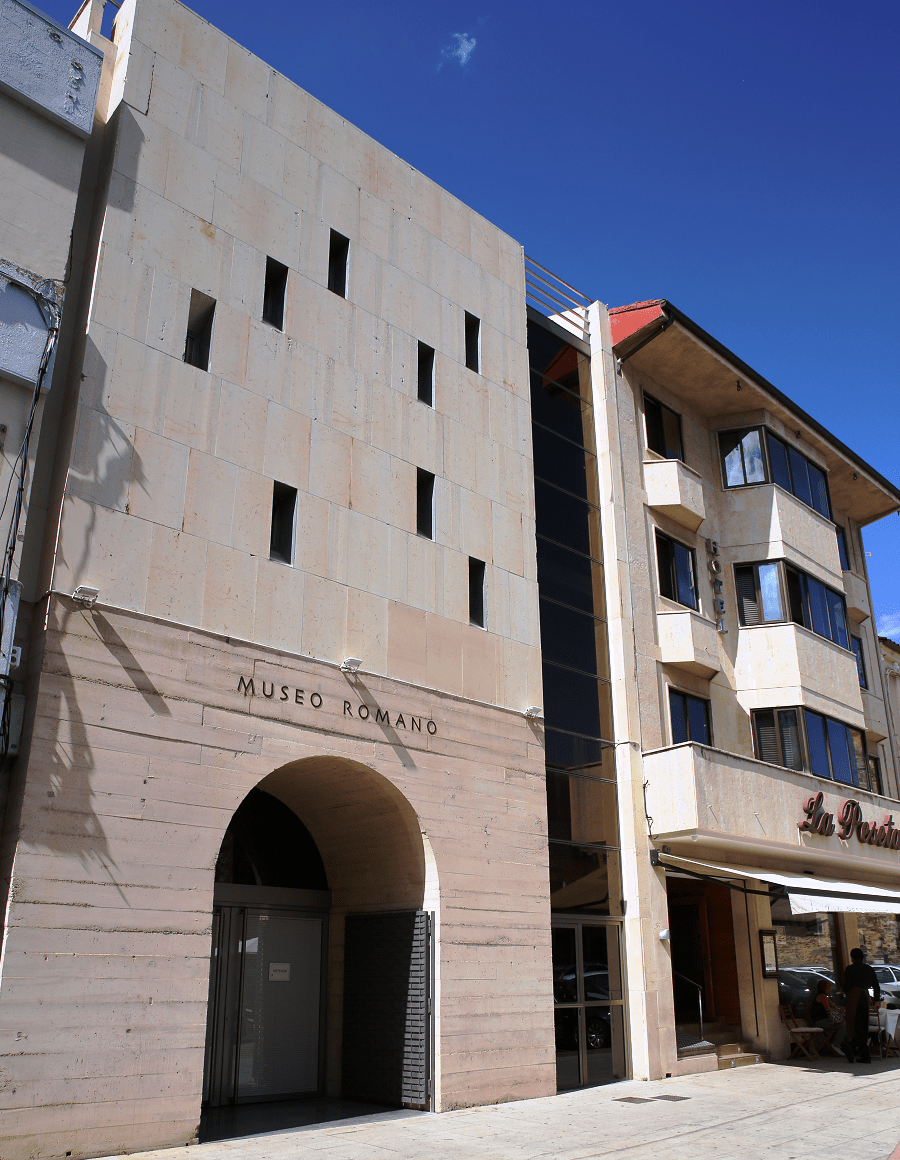 The city has the Chocolate Museum, founded in 1994 at the private initiative of José Luis López García and owned by the municipality since 2005. It displays objects corresponding to the industrialization phase of the city in the 19th century, when the boom of the muleteer originated an incipient chocolate industry in the region. Its collection, unique in Spain, contains old machinery, lithographic stones, engraving plates and collections of gift cards, among other pieces. Since 2015 it has had a new headquarters, the modernist palace of the chocolatier Magín Rubio and built by the architect Eduardo Sánchez Eznarriaga. 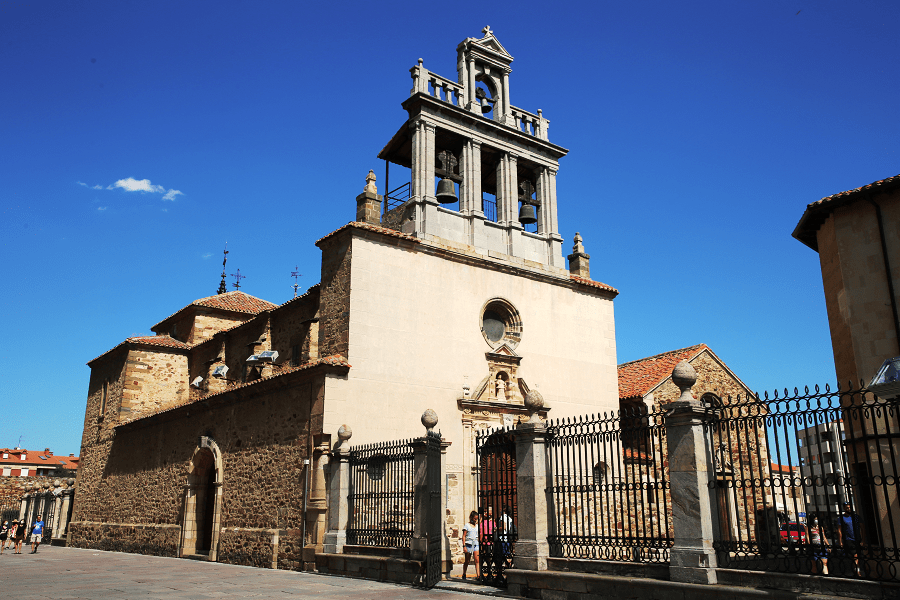 León airport, which entered service in 1999, is the only airport located in the province and the closest to the municipality, located between Valverde de la Virgen and San Andrés del Rabanedo, 44 kilometers from Astorga.

Other options are the airports of Valladolid and Asturias, located 157 and 193 kilometers away respectively. 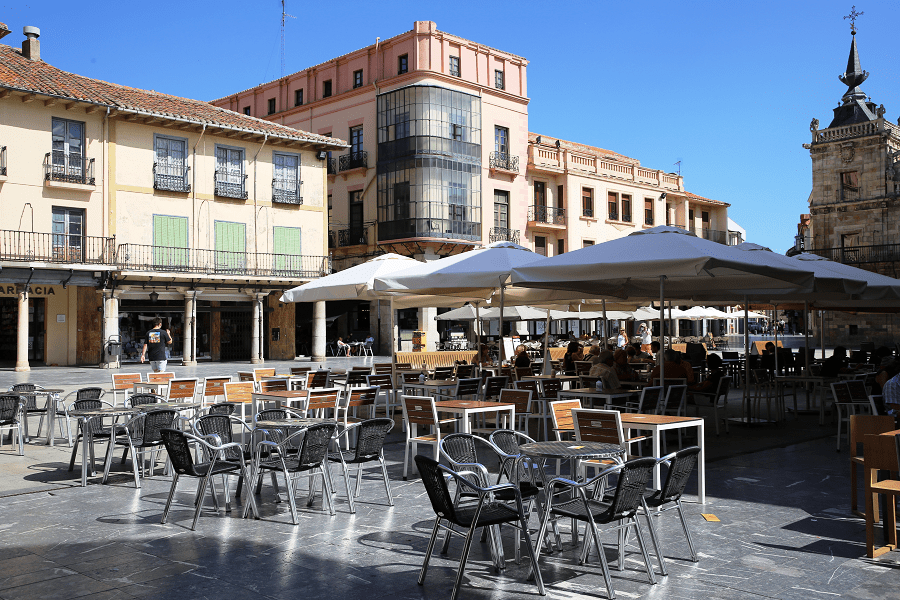 Since the arrival of the railway to the city in 1866, there has been a station, located in the Puerta del Rey neighborhood, to the northeast of the city. This station is managed by Adif, and belongs to the Palencia – A Coruña line. 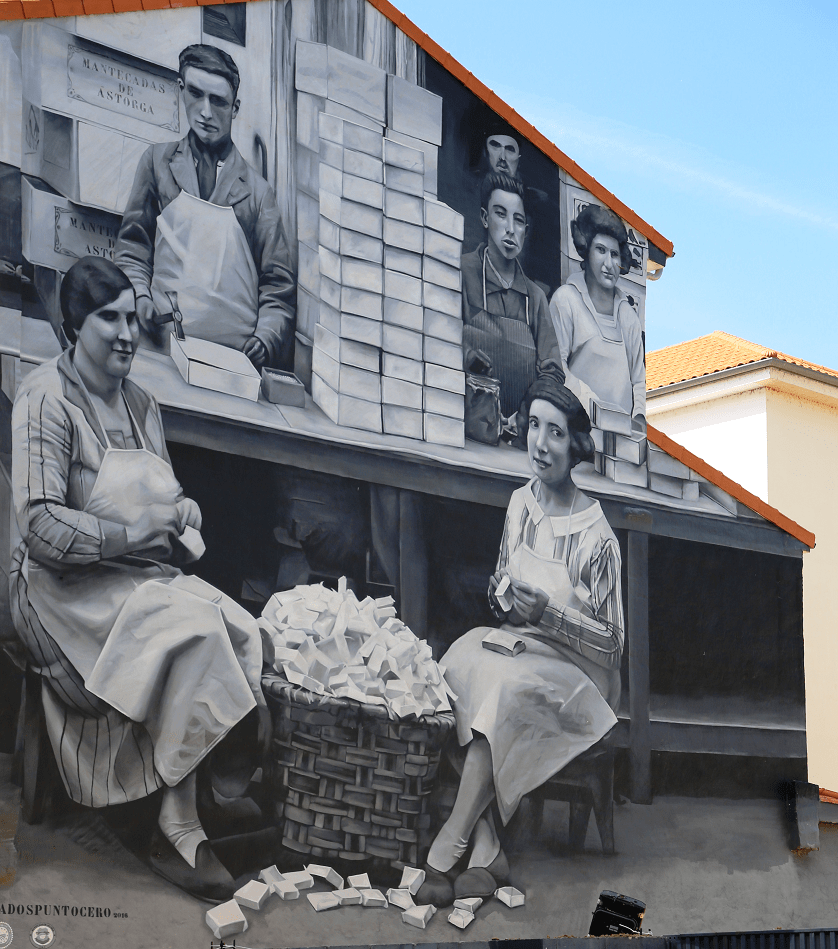 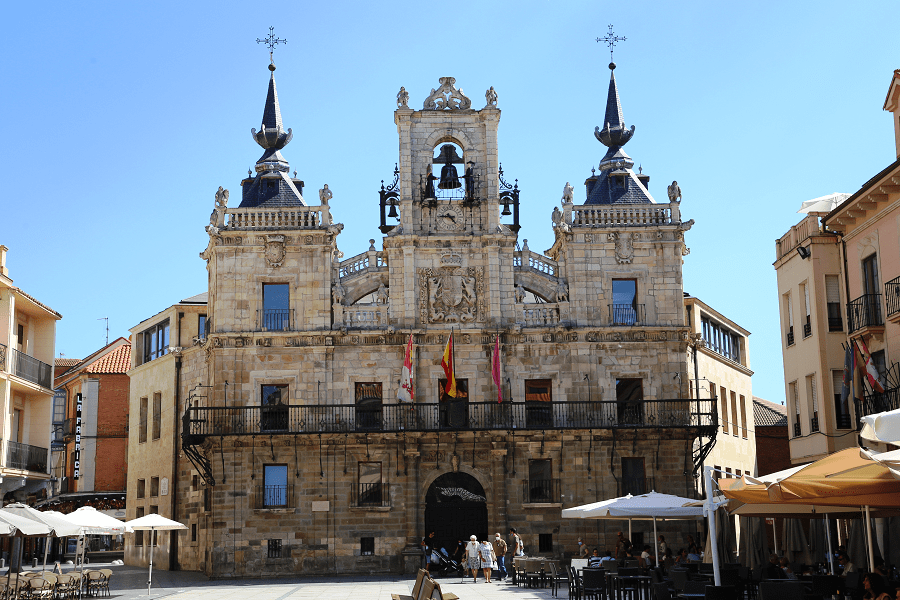