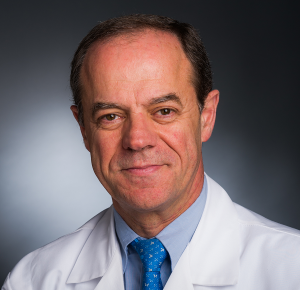 Well known oncologist Joaquim Bellmunt will take part in a conference on medicine “Immunotherapy. New technology to treat cancer,” which will be held in Andorra on 29th November. The conference will begin at 19.00 at the Centre de Congressos.

Joaquim Belmunt – one of the most famous oncologists in the world. He graduated with honors from the Autonomous University of Barcelona, where he also received his doctorate in medicine and surgery. He continued his studies in London, where he received a European certificate in the oncology. He worked at the Memorial Sloan Kettering Cancer Center in New York.

Currently, Dr. Belmunt is the director of the Hospital Universitari Dexeus-Quirón in Barcelona, as well as the Cancer Center in Boston. He also teaches at Harvard University. At the same time, he continues to cooperate with the European Association for Research and Treatment of Cancer, EORTC.

Joaquim Belmunt is the author of over 350 scientific articles. His main specialization – cancer of the bladder. His areas of interest include the use and study of the effects of drugs, methods of therapeutic treatment and research in the area of immunotherapy of the disease.

It’s not for the first time MoraBanc organizes a conference on medicine with the best doctors of the world. Among them – the leading expert in the area of spine diseases Francisco Kovacs, oncologists David Khayat and Josep Baselga, psychiatrist Luis Rojas Marcos and Joan Corbella, as well as the cardiologist Valentí Fuster.