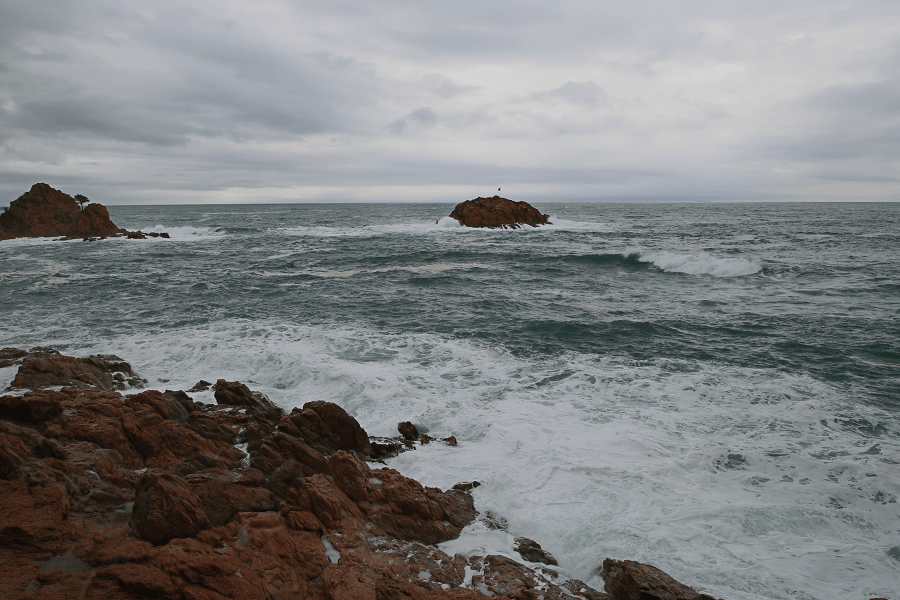 Catalonia has a temperate Mediterranean climate, typical of its latitudes in the northern hemisphere. However, given its varied topography, there is a variety of climatic features. Average annual temperatures range from 0 ° C in the Pyrenees to 17 ° C on the southern coast; the maximum temperature can reach 43 ° C (in Les Garrigues) and the minimum is -30 ° C (high in the Pyrenees).

On January 6, 2021, the holiday of the Three Kings, the Catalan Pyrenees recorded the lowest temperature ever recorded in Catalonia and the entire southern slope of the Pyrenees. The Clot de la Llança observatory recorded a -34.1 degrees Celsius at around 7 a.m.

In terms of rainfall, Catalonia can be divided into two regions:

Wet Catalonia, consisting of the Pyrenees, Pre-Pyrenees, Sub-Pyrenees and some mountainous islands in the Prelitoral Ridge, where the rainfall exceeds 700 mm per year;

Dry Catalonia is the rest of the territory, where less than 700 mm of precipitation falls per year.

Precipitation has an equinox tendency. The Mediterranean Sea has dry summers and spring rains. In the Pyrenees, it rains heavily in May and June, and summers are generally humid.

Considering both temperature and rainfall, Catalonia is divided into three main climatic regions:

Summer temperatures are more uniform: around 25 ° C on the coast and 21 to 25 ° C on land. The mountainous climate is characterized by a decrease in temperature and an increase in precipitation in accordance with an increase in altitude. From 1500 meters, it is believed that the high-altitude climate begins. Average annual temperatures range from 17 ° C in the Ebro Delta to 0 ° C or lower at 3000 m above sea level. Extreme temperatures were + 43 ° C in Lleida and Igualada in July 1982, and on Lake Gento (at an altitude of 2030 m) in February 1956 – to – 32 ° C.

The average annual rainfall ranges between 350 liters in the plain of Lleida and the lands of Ebro and 1,500 liters in Espot and some parts of the Vall d’Aran and Vall de Tavascan.

The average annual relative humidity throughout the territory is 70 to 75%.

The dominant wind in Catalonia, as in the rest of Europe, is the west wind. However, both in the north and in the south of the country, winds from the north prevail: tramontana (blowing from the north), especially in Alt Emporda, and mestral (from the north-west) in the south of Catalonia. More irregular or seasonal winds such as sea breezes and mountain breezes should be considered. The average annual wind speed (measured at 10 m above the sea level ranges from 1 m / s at Viella (protected by the surrounding mountains) to 10 m / s at Portbou (Puig de l’Aucell Observatory at the top of the mountain).