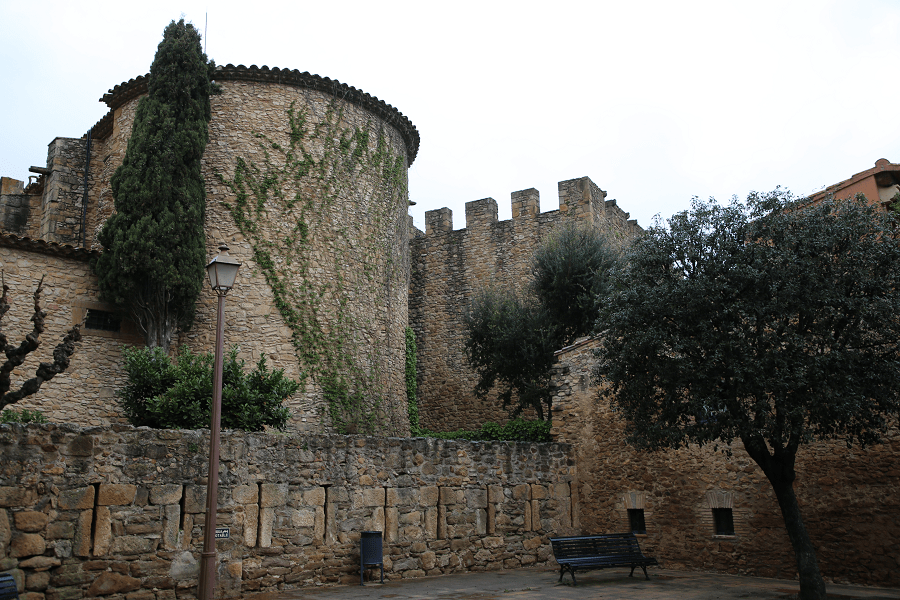 The city center has been declared a cultural heritage of national importance. Highlights include Vulpellac castle, an outstanding example of Gothic and Renaissance civil architecture, and the Church of Sant Julia and Santa Basilissa (l’església de Sant Julià i Santa Basilissa).

Previously, the core of the city was surrounded by fortified walls, which largely disappeared during the reforms carried out here in the 15th and 16th centuries. The castle building of the palace with the church was close to the eastern canvas of the aforementioned fence. To the west and north was the vast albacar, where buildings were built that form the current urban network.

Various remains of the walls allow us to trace their location in most of the old fence. A sector has been preserved that forms the southeast corner, a few meters from the apse and the southern wall of the church. Approximately 30 m from the facade of the palace, about 20 m of the western canvas has been preserved.

At the northwest end there is a round tower, which has survived at a height of about 8 m, enclosed between two houses of the 17th and 18th centuries, and which was supposed to form another corner of the fortification. About 50 m north of the palace there is a square portal tower, which must have formed the northeastern corner of the fence and dates from the 13th-14th centuries.

In the village of Vulpellac, there are also several houses with remarkable architectural details that can be dated back to the 16th and 18th centuries.

Vulpellac Castle was first documented in 1269, when an agreement was signed between the Bishop of Girona and Lord Vulpellac to build a fortress. It is a two-storey building that, together with the church, frames a small central trapezoidal courtyard. There is a stone well in the center, and the top of the building is accessed by stairs attached to the walls.