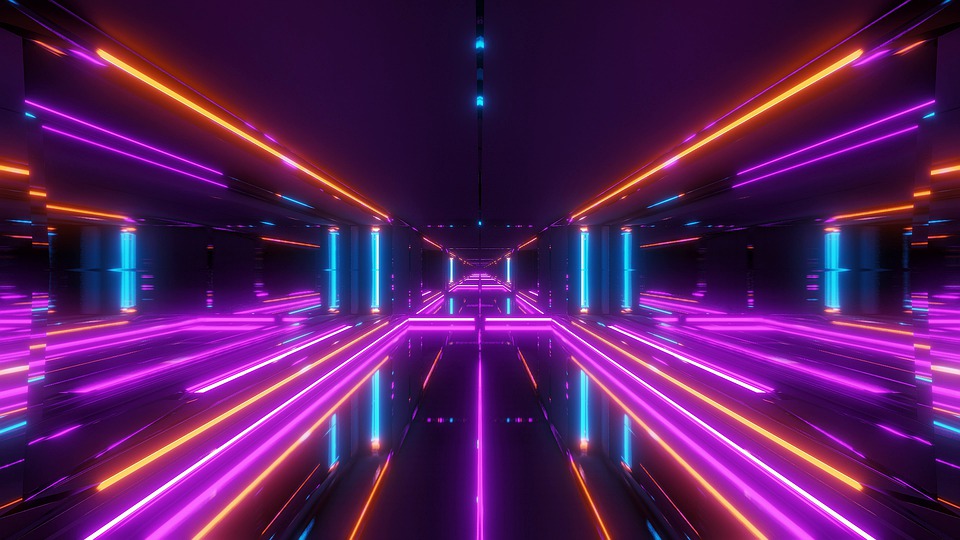 and Virtial Reality and biocybernetics Laboratory

VRH is a structure made in 100 meters diameter hemisphere form with the 50 m radius height (two-layer geodesic dome), with a hexagonal shaped rotary platform of 60 m diameter located inside at the foundation level. Three six-degree of freedom Stewart platforms connected to the platform and located on the edges corresponding to third part of the circumference. Platforms are a “delivery” vehicle that simulates the water, land or air vehicles inertial movements.

There is a stage multi-storey structure with dimensions up to Ø60Х25 meters installed on the platform, imitating the environment of stay: the buildings, ships, spaceships interior, terrain sections, etc. The design is in the Chromakey interior. It is modular, assembled in the required order, taking into account the application scenario. The fundamental similarity of the buildings, ships, and other interior arrangements will require a small number of structural schemes. The virtual reality system, topographically tied to the design, fully provides a variety of interiors and scenarios. Thus, one can deploy different scenarios in the same structural interior.

We are going to use on the widespread scale the anticipation solutions of the objective environment in the form of interactive objects: weapons, tools, objects, including objects that imitate the items destruction.

We shall implement participants “delivery” system to the place of deployment by the 6 degrees of freedom Stuart platform, used in accordance with the scenario: motor transport, boat, helicopter, space shuttle, etc.

We envisage the staff participation in the productions; animators will provide effects of presence, surprise, participation, opposition, third-party observation, various visual effects. The animators may be unknown characters, including those of fantastic appearance, be invisible, partially visible and so on, depending on the scenario. They will be responsible for ensuring participants safety and quick evacuation when necessary also.

There will be the integration of participants into the scenario using cloths equipped with power sources, virtual helmets, multimodal sensors, cameras and radio communication with other players and personnel.

The facility is equipped with a high-performance computing system that provides the game process display and control, data collection, analysis, and systematization, scenario participants’ safety.

Technical structure, designated to display virtual scenes in the Chromakey interior, executed in the form of a multi-storey assembly, structurally repeating the buildings, ships, habitat features. The structure is on a double wave rotary platform that provides full circle movement around the vertical axis and around the reference plane axes at a total angle of 1 degree (the Ø60 m platform edge lifting will be 1.047 m).

It is possible to record and broadcast the participants’ virtual actions in the form of directed videos on the Internet, in the complex premises, and on the adjacent territories screens.

We consider attracting directors, producers and actors who participated in the filming making whose materials we want to use; we plan the involvement of the main representatives of the game industry also.

The online portal with the scenarios description, their authors, and the gameplay details is under the consideration.

The economic importance is due to the use of the registered parameters of the participants Personal Big DATA and is relevant in such areas of science as:

Genres: shooter, quest in teams and individually. Excursions to different places of the planet. 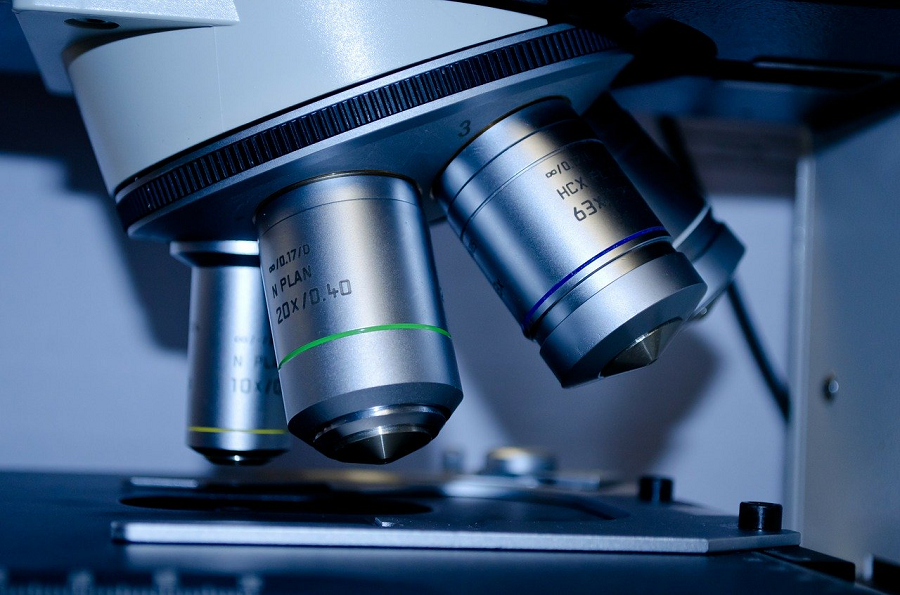 It is planned to organize “AvanGuard” mass network subscriber service, to develop applications for popular operating systems with the necessary and sufficient functionality.. There will be the account registration upon the purchase of equipment: sensors and receiving-transmitting device, monitor, track, if desired and necessary. We consider franchising services provision with the access to the Avangard project computing power.

The subscriber with an individual ID (franchise agent) will arrange payments with a given multiplicity. The period cost depends on the number of backup channels and divides into three groups: High, Extreme, and Pro. We plan to cut and sew individually tailored cloth that simplify the use of sensors as an additional service.

Marketing aim is the introduction to the amateur and professional private and public sports communities.

The central link ensuring the unification of the service application is the kinematic portrait of the human support and movement organs system, built using the nonlinear wave mechanics laws.

Tasks to be solved:

In addition, the sports, medicine and technology professionals’ digitalization will bring not only direct profits, but also control over information, which is already very relevant, and will become critically necessary soon.

The method is for the accelerated acquisition of athletes’ target adaptive locomotor skills. There is the result achieved by the operational impact of the athlete on the visual image of his own kinematic portrait that is an integral indicator of the human locomotor function symmetry by the automated control system (ACS) through biological feedback duplicated channels.

We know from literature and experience about the phenomenon of individual development of locomotor skills limit, characterized by the need for an athlete significant overloads in order to achieve a standard result. It is the common knowledge that the timeframe for motor skills mastering, subject to systematic and regular training, is weeks and months. One cannt achieve some locomotor patterns even in conditions of an athlete sufficient motivation and the physical fitness necessary reserves availability. Sports medicine and pedagogy, thus, face the task of achieving the target skills and the need to unload the athlete, who acquires overload illness early and ends his or her active career.

There are natural reasons for the duration and relatively low efficiency of locomotor training; and they come from physiological adaptation prerequisites determined, in turn, by the unknown significance of acquired adaptation on an evolutionary time scale. The neurophysiological mechanism of the natural delay in the individual adaptation is associated with the reduction of impulses entering the nervous system higher parts in accordance with the trainee leading motivation. In turn, the motivation in the absence of a direct threat to life is of secondarily indirect nature and, of course, never reaches the severity necessary to avoid such a threat, which leads the athlete to the need for the excessively frequent and regular training actions repetition in order to form a stable conditioned reflex response.

The sports genius phenomenon is the factor, which accelerates and optimizes training significantly. The potential genius is “born” with a frequency of about one ppm and, over time, is “lost”, leaving only one genius out of a million people, which indicates a high role and an inherited ability of effective development. Modern genetics makes it possible to associate the expression of a number of genes associated with metabolism with higher sports indicators and select athletes with a high probability of achieving planned results. In this connection, the issue of safe and effective diagnosis and training of a significantly larger number of athletes who do not have a well-known hereditary metabolic predisposition is of particular relevance.

Recent years studies show that, in addition to the inherited metabolism biochemical features, the conditions governing the interaction of human being and the objective environment are important. A detailed study of human kinematics, made possible by the development of digital technologies, the revelation of the essence of living systems autonomous adaptive control, allows us to simulate the process of interaction between an athlete and the object environment, actively influencing it through biological feedback provided by the automated control system. The biofeedback channels at the same time carry an interactive diagnostic function, providing the athlete with the possibility of continuous object environment monitoring through promptly adjusted effects on his or her own movement character.

Thus, the use of interactive control systems, ensured by locomotion estimation algorithms high accuracy and speed, allows us to achieve high-quality results of an athlete training in a shorter time, which reduces the workload by time, intensity and quality of the trained movement patterns.

The scientific approach allows us to consider the oscillatory processes ensembles observed in living mechanical systems as inherited phenomena. This approach allows us to expand significantly the possibilities of diagnosing sports that are optimal for an individual and the nature of training by building an athlete’s personal kinematic portrait based on statistical data obtained during computer-assisted training.

The human locomotion study is acquiring a new meaning in connection with the biofabrication, bioengineering and regenerative medicine development in the modern world. In the recent years works there are indications of the locomotion special role in the cells and tissues growth and differentiation, and the locomotion personifying traits are necessary for the complex tissue constructs artificial cultivation because the tissues “recognize the gait.”

The kinematic portrait role, as it turns out, is very significant in the cells differentiation, since the genetic information for the full differentiation of tissue constructs is not enough.

The kinematics significance phenomenon is due to a wide range of resonant vibrations affecting cells with frequencies ranging from units oscillations per second to megahertz frequencies in actin-myosin complexes.

The morphogenesis mechanical or vibrational environment thus has the largest effects range on developing tissues. Electromagnetic, vibroacoustic, kinematic effects are essentially vibrations developing in a living system during its biological functioning.

Chemical, metabolic, and gravitational effects are essentially also oscillatory phenomena, the frequencies of which correspond to the frequencies and amplitudes of the natural oscillations of atoms and molecules, to simplify understanding, these interactions are conventionally considered as separate factors.

DSTS Information that is the Only VRH Analog, Existing in the World, but Used by the US Army Only on the Limited Basis

Among the existing methods of training and training of military personnel, such a direction as the use of virtual simulators and simulators has now become topical. The US Army uses the DSTS (Dismounted Soldier Training System) in order to create battlefield real situation conditions and train staff to act in it.

The Army Program Executive Office of Simulation, Training, and Instrumentation (PEOSTRI) initiated the simulator creation. The new system testing took place in 2012 on the Fort Bragg (North Carolina) military base territory and at the Etterbury training center with the 157th brigade and the 505th parachute regiment participation. The Intelligence Decisions private company developed the system.

Military staff training on DSTS takes place not only in the USA, but in Germany, and South Korea also. The US Army uses 29 this type simulators only, which is largely due to the high cost of such equipment (about $ 57 million per set).

The main goal of the virtual training system creation is to increase the fire training level, to train military personnel to interact without using ammunition, and to ensure maximum safety in conditions close to real.