Baroness von Thyssen plans to transfer part of her paintings collection from Madrid to Andorra • All PYRENEES · France, Spain, Andorra 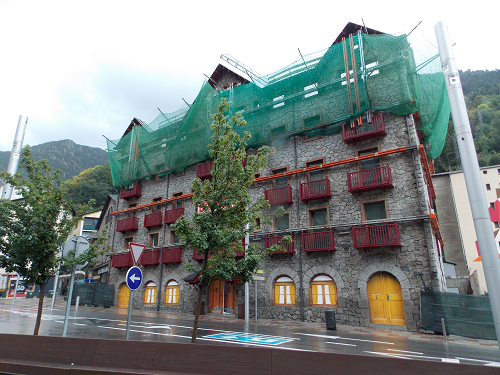 The Ministry of culture of Andorra, Comú (Administration) of Escaldes, Baroness von Thyssen – the private owner of the Thyssen-Bornemisza gallery in Madrid, and the Reig family (owners of the hotel Valira – a unique building on the main street of Andorra) signed an agreement to organise a permanent exhibition of paintings from the private collection of the Baroness.

Currently the building is under reconstruction, work is scheduled for completion in summer 2016. Thus, according to the most optimistic forecasts it will take until the end of next year. At the same time the budget for these purposes is not still planned by the Ministry of culture of Andorra.

According to the agreement, all costs associated with technical service of the exhibition, insurance, security and transportation are under the responsibility of the Ministry of culture of Andorra. The Reig family has guaranteed to complete the reconstruction of the building so that the exhibition hall had a separate entrance to the main building. The total area of the exhibition es expected to be approximately 360 sq. m.

The hotel was built in 1933 by the famous Catalan architect Celestí Gusí, it is included in the world heritage UNESCO Fund. The door of the building, located at Carlemany, 37, has been closed since 2000.