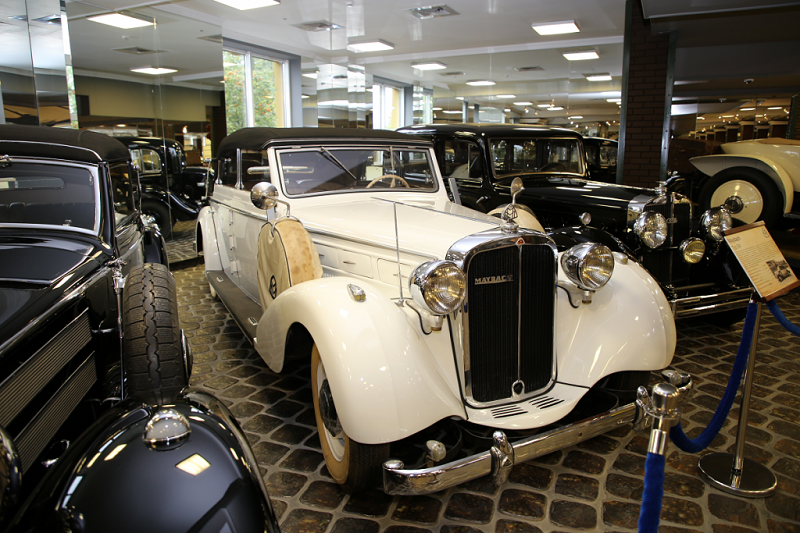 White Maybach Typ SW (Schwingachswagen). In 1935 a big lineup of the company was complemented by the Typ SW with the straight-six engine (3435 cc). This series became the most mass in the history of the company. Schwingachswagen means – a car with swinging axles. The volume of the engine of the model was raised two times: in 1936 to 3817 cc, also in 1938 – up to 4130 cc. At the same time, the power remained the same (only the indices changed), which was due to fuel problems. With the outbreak of World War II, car production was finished.