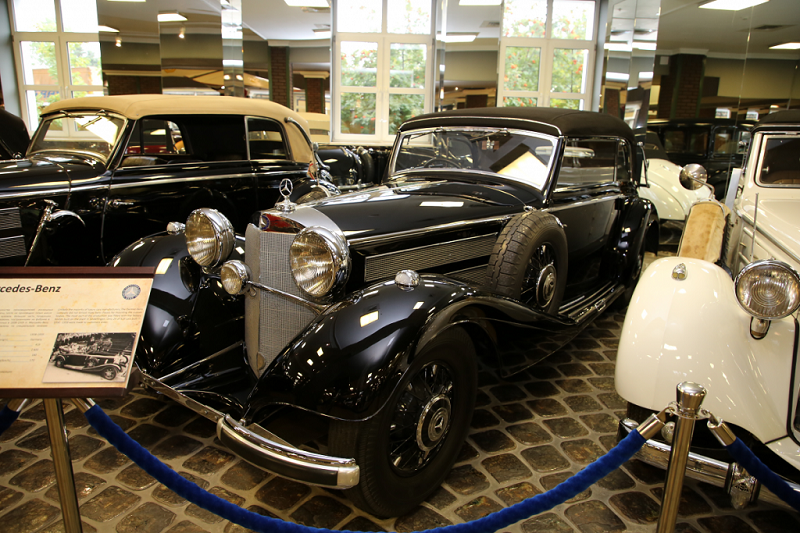 The black Mercedes-Benz 540 K. Unlike most manufacturers of luxury cars, Daimler-Benz almost did not produce bare chassis to install custom-made bodies on them. Most of the copies were equipped with factory bodies built at the Sindelfingen factory. Only 29 cars (of all 419 copies of the 540 K model) were made according to the special requests of the customers.