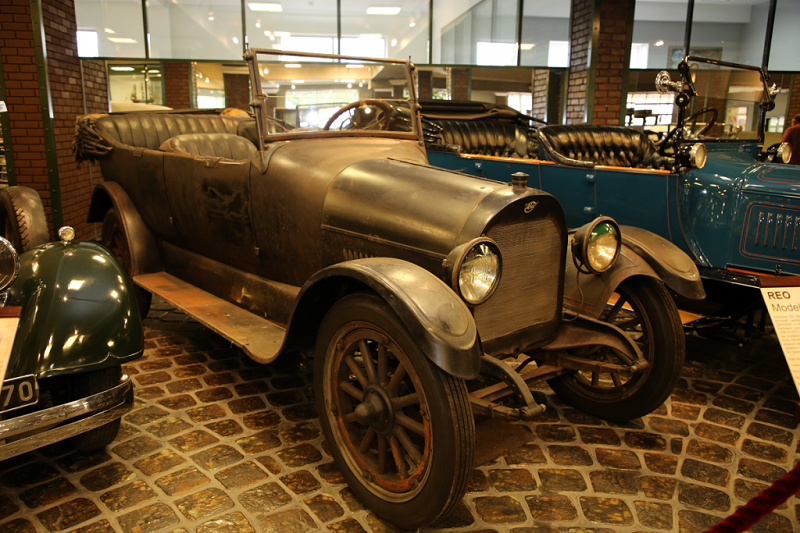 Reo Model M touring. The company “Reo Motor car” was founded by R. Olds (who at the same time was the founder of the “Oldsmobile” company, but had to leave it), in 1904. The REO Motor Car Company was a Lansing, Michigan-based company that produced automobiles and trucks from 1905 to 1975. At one point the company also manufactured buses on its truck platforms.

In 1917 the company introduced the model M as a competitor to the cars of companies such as Buick and Chalmers. The model has good proportions and a large in-line six-cylinder engine with a capacity of 45 hp. In terms of size and power, no car could match the price of the Model M (up to $ 1,550).