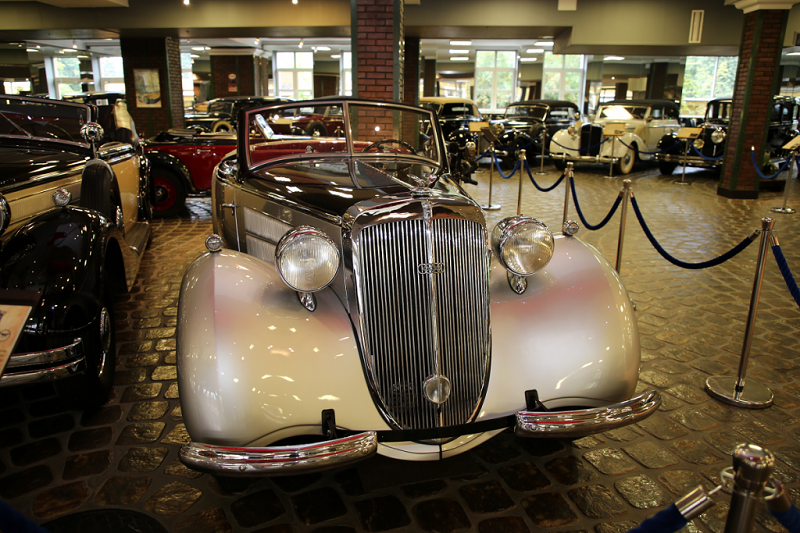 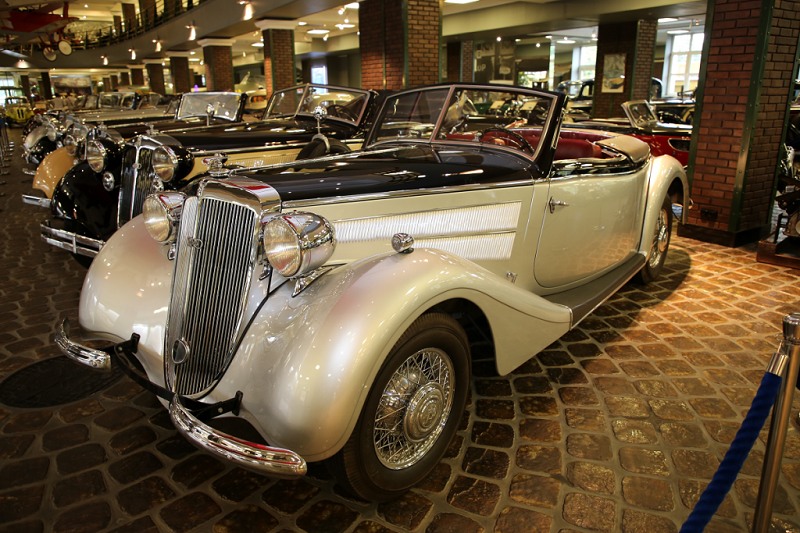 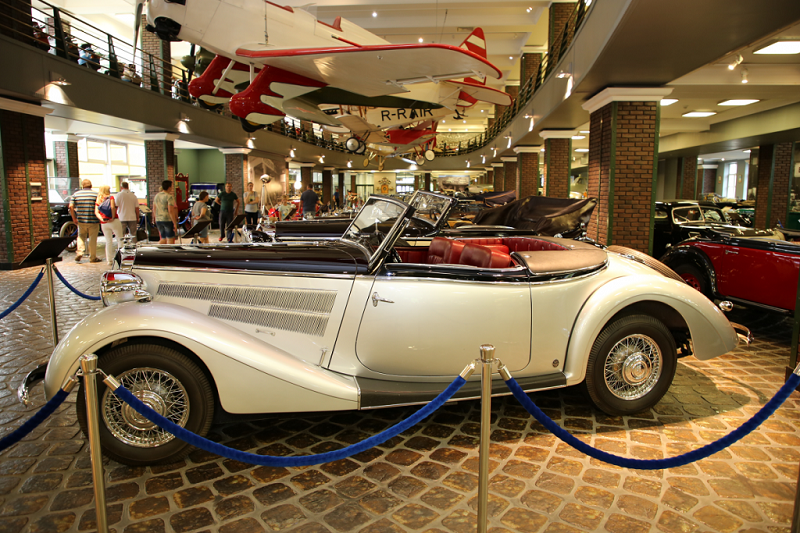 Horch 930 V cabriolet. Produced with various bodies, including two- and four-door cabriolets and sedans. Despite its limited production, the model entered the history of the world automotive industry due to the unusual design of the engine – 8-cylinder in V arrangement. In its final version, the Horch 930 V was powered by a 3.8-litre dual-carburettor engine. The 4-speed gearbox was coupled to an overdrive gear – an additional planetary gearbox with separate gear lever. This allowed the engine speed to be significantly reduced, which resulted in much lower noise, fuel consumption and engine load when driving continuously at full throttle in 4th gear.