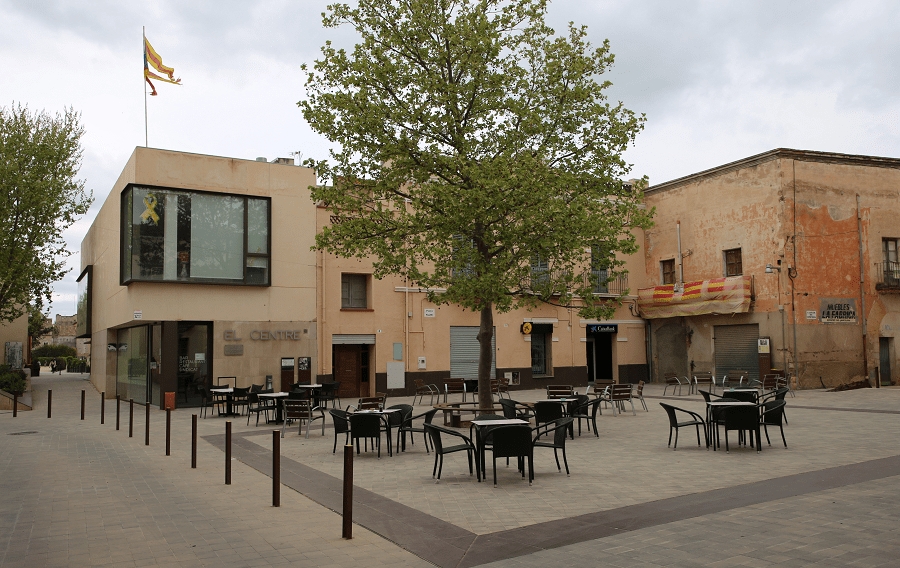 Vilabertran (cat. Vilabertran) is a municipality in Spain, the Alt Emporda region east of Figueres (Catalonia), between the Muga rivers in the north and Manol in the south.

The first news of Vilabertran date back to 975 about a village with a small church, which soon expanded to accommodate a group of monks led by Abbot Pere Rigau (cat. Pere Rigau). As a result of the donation of land in 1069, the community of canons proclaimed Rigau its leader and laid the foundation of the monastery of Santa Maria de Vilabertran (cat. Monestir de Santa Maria de Vilabertran), based on the reign of St. Augustine. During the eleventh century, the monastery achieved great prestige and in the following centuries expanded its heritage thanks to the protection of the Rocaberti family, the Viscounts of Peralada. From 1592 it became a collegiate church, which remained active until the confiscation of Mendizabal in 1835.

The city of Vilabertran developed around a monastery and based its economy on agriculture and livestock. Irrigation canals have been laid throughout the municipality, through which water from the Boadella reservoir (cat. L’embassament de Boadella) flows to crops.

Santa Maria de Vilabertran is a Romanesque monastery. It is a monument declared a Cultural Heritage of National Interest since 1930. It is currently part of the Museum of the History of Catalonia. Located on the western side of the city, bounded by the Abbey Street and the squares of the church and monastery. The architectural ensemble consists of a church, a monastery, monastic outbuildings and a later extension, located on the south side, formed by the perimeter wall and the abbey palace.

The abbey palace, located on the south side of the courtyard, is rectangular in shape with a two-sided roof and occupies three floors. The main façade has a large semicircular portal leading to the courtyard and several elongated loopholes on the ground floor. On the floor there are large rectangular windows with lintels of three-leafed arches supported by small columns and decorated with capitals. Some of the windows are double-leafed, while others are triple-skinned. Above the portal there is a pointed niche with the image of the Virgin.

The eastern side of the palace is adjoined by another outbuilding of the monastery, possibly identified with a hospital of the 12th century. Inside there are rooms covered with low cylindrical vaults and other brick rooms, located in a flat, later chronology. It opens onto the courtyard through a semicircular voussoir portal and two large lowered arches built of cut stone. Both structures are built of rough stones, bonded with lime mortar.

The Reig Tower (cat. Torre d’en Reig) is an early twentieth century Art Nouveau building with Gaudí lines, commissioned by the engineer Josep Reig. The building consists of a circular tower with brick and ceramic decorations and gardens that surround the building of extraordinary beauty.

After the untimely death of Josep Reig, the house passed into the hands of the famous watercolorist Ramon Reig, who at that time was already fond of painting.