Andorra will use about 60 thousand euros of the budget to create an exhibition of the pavilion of Andorra at the 57th Venice Biennale • All PYRENEES · France, Spain, Andorra 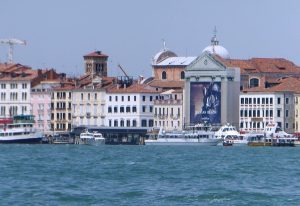 Andorra’s Council of Ministers will use about 60 thousand euros of the Andorran budget to create an exhibition of the pavilion of Andorra at the 57th Venice Biennale. “The pavilion should be a piece of Andorran art which attracts international tourism”, – Andorran government´s press service reported.

During the Venice Biennale, which runs from May to November 2017, the Andorran pavilion of art will be located in Palazzo Ca’ Cappello Memmo. This place is at the top of the Grand Canal and the Riva dei Schiavoni, which is near Piazza San Marco.

A catalogue of Andorra’s objects of art will have been released by the beginning of the event, which is considered to be one of the most important in the art world. The catalogue will be distributed all across the country.

The first time Andorra participated in the Biennale was in 2011, then the country attended the event in 2013 and 2015.

During these three years, Andorran pavilion was visited by more than 80000 people.