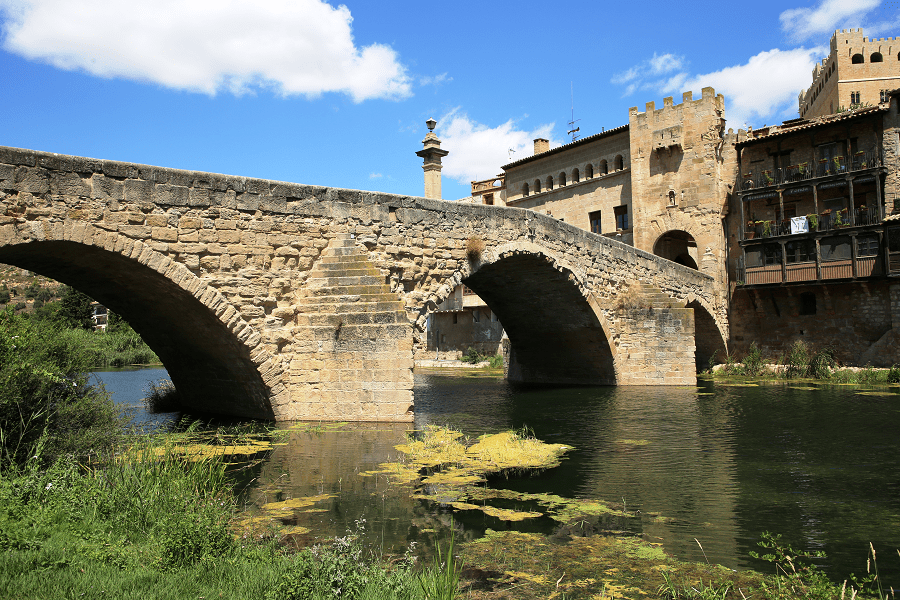 Valderrobres (Sp.) or Vall-de-roures (Cat.) is a municipality and the major town of the comarca of Matarraña in the province of Teruel, Aragon (Spain). 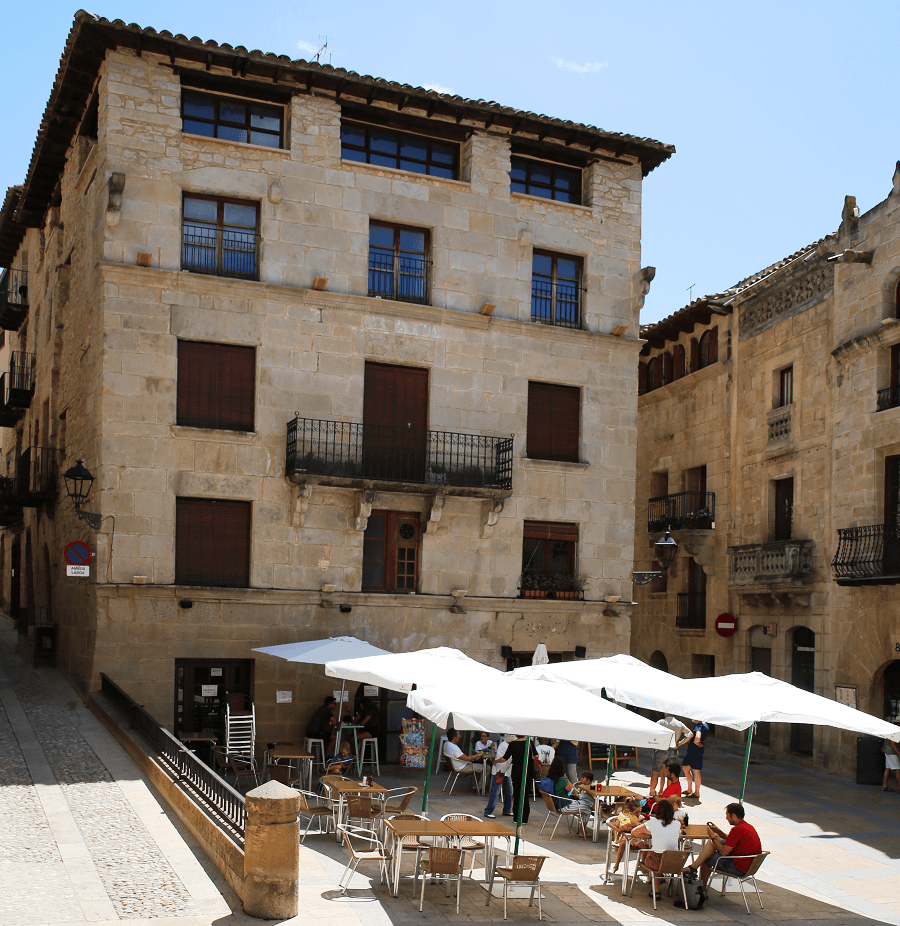 This town and the surrounding comarca are considered by Catalans a part of La Franja and the local dialect is a western variant of Catalan close to Valencian. The name of the town means “Valley of the Oaks”. 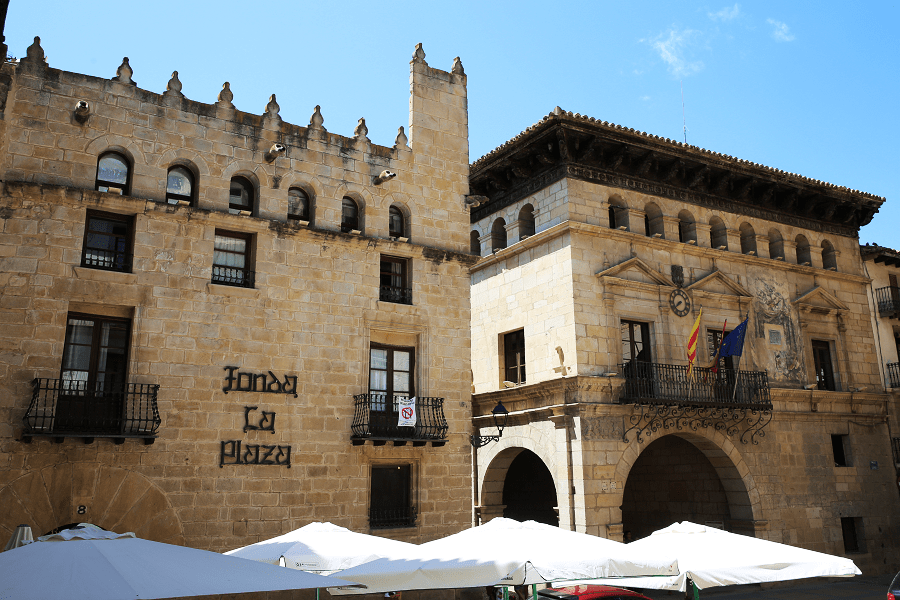 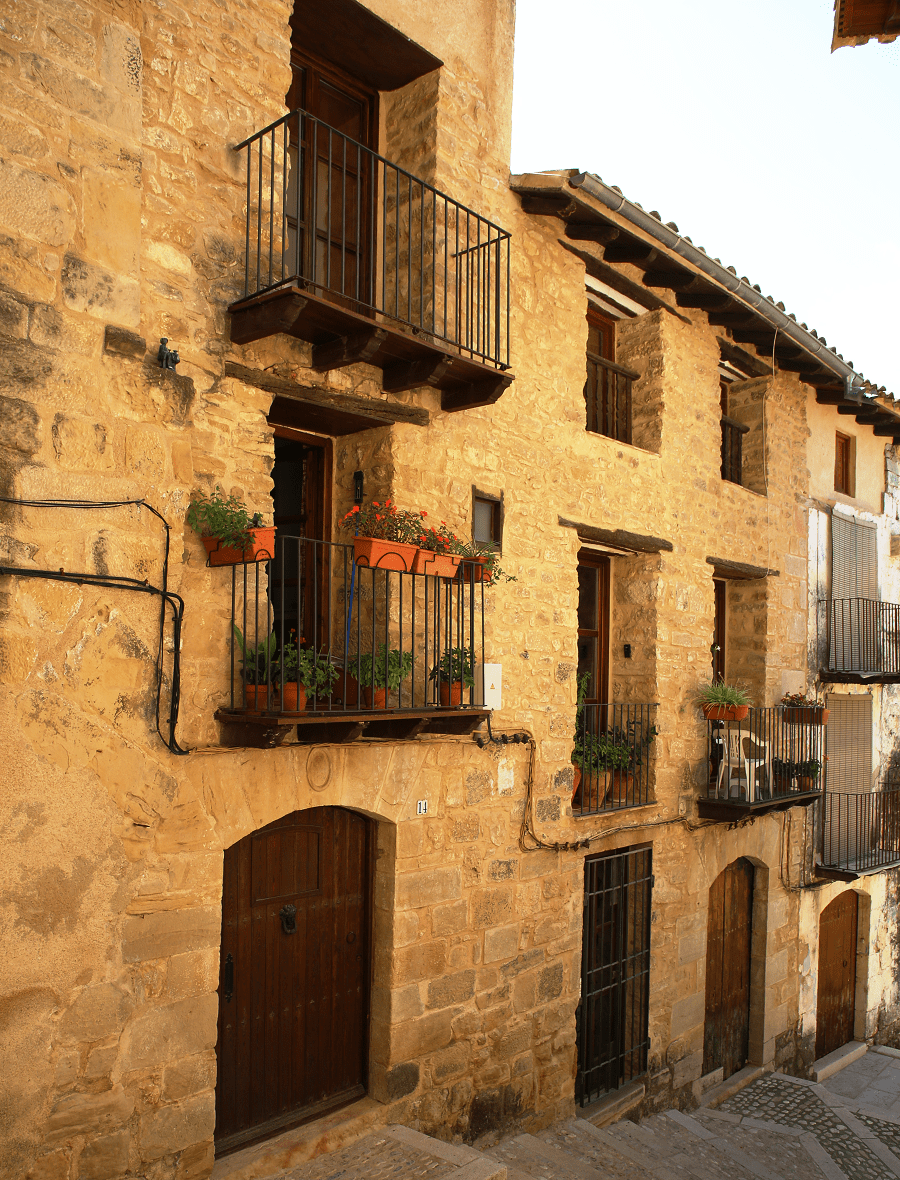 City Hall is a building inspired by the Alcañiz town hall, although a market would be added here for commercial purposes in addition to the administrative and judicial ones that the building already owned. It was built under the orders of the master Antonio de Champanach in the mannerist style and was completed in 1599, when it appears carved in stone on the shield of the façade. 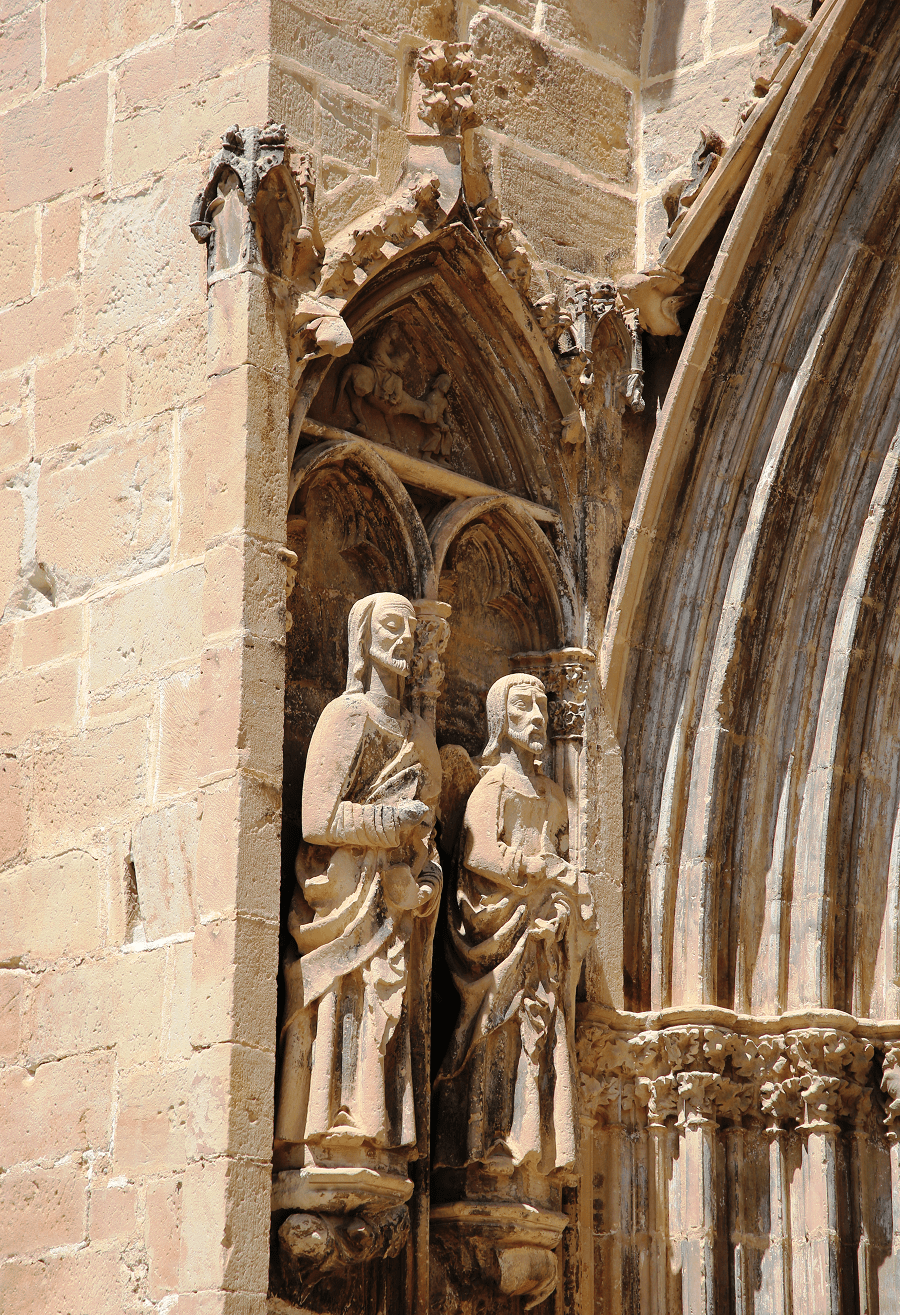 Casa de los Moles from the late Gothic, with the classic Aragonese loggia (exterior gallery, roofed and covered in front) in the upper part. 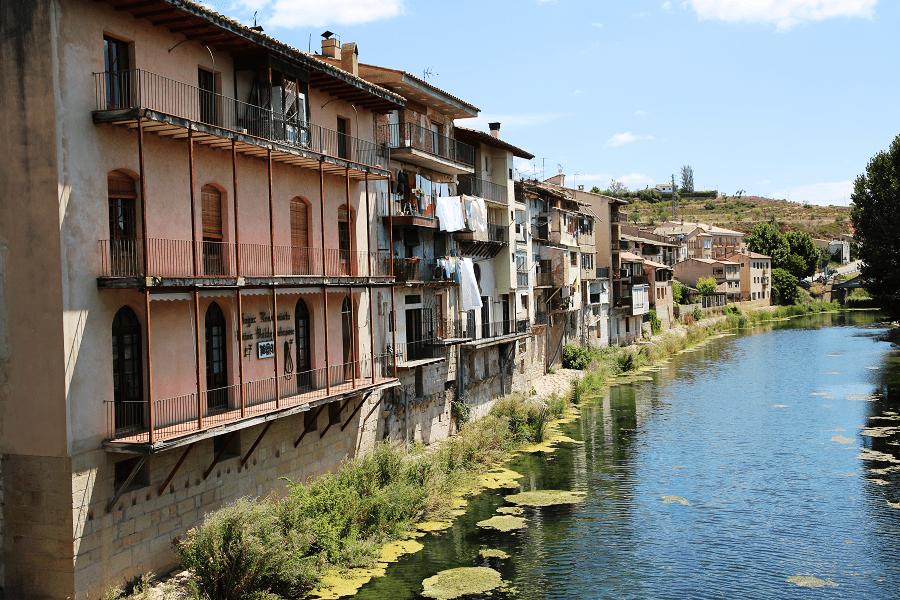 Valderrobres Palace is one of the oldest buildings in Valderrobres. This imposing construction located at the foot of the castle is also one of those that has been most transformed by the passage of time. The first documents that mention it dates from the 16th century, but it is very possible that it has been standing since the beginning of the 15th century. 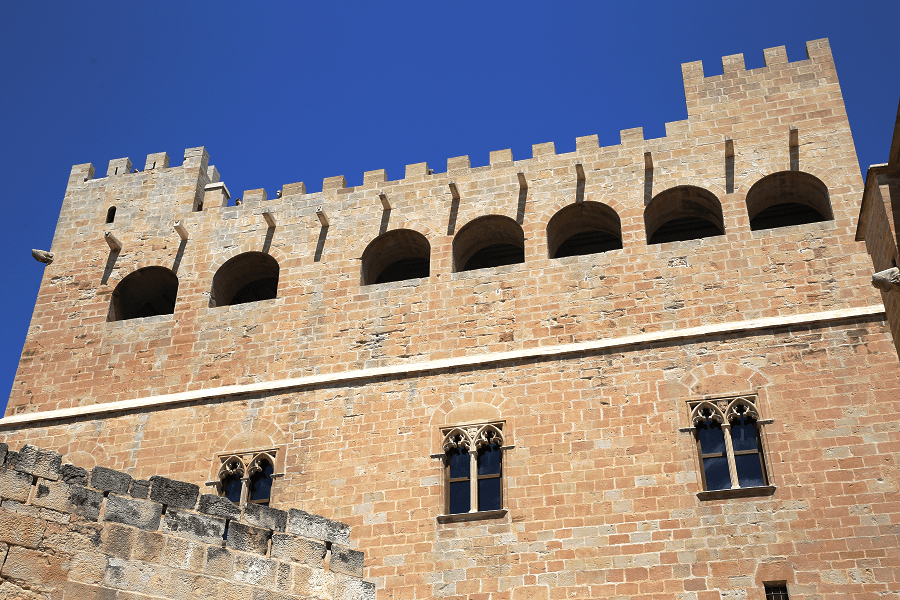 Its original function was to serve as the headquarters for the collection of taxes and was, like the castle, owned by the Archbishop of Zaragoza. This relationship with the castle gave rise to certain peculiarities in its construction, such as a communication tunnel, possibly secret, to reach it. 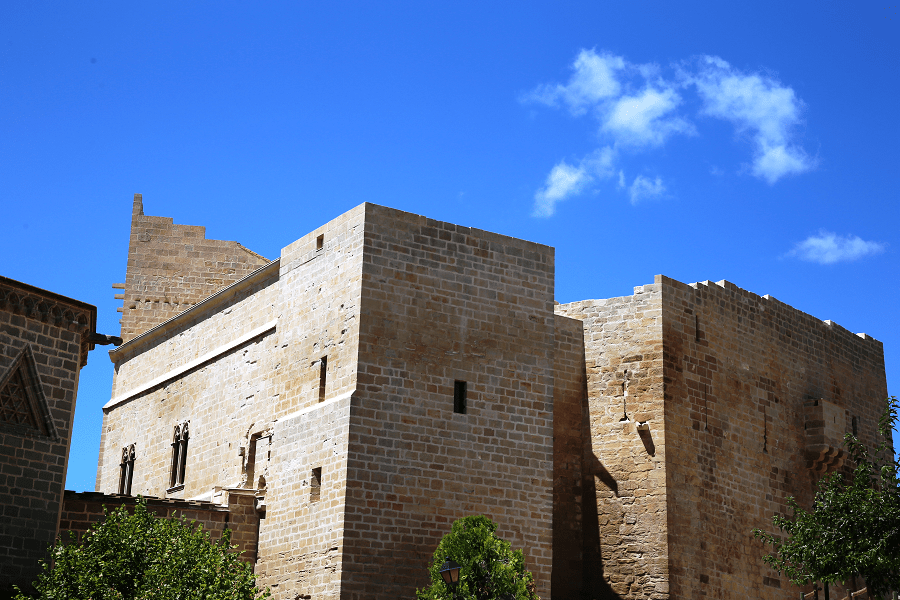 The Castle-Palace of Valderrobres probably has its origin in the late 12th century. In 1931 it was declared a national monument, but the actions for its reconstruction would not begin until 1977, and especially until the years 1982 and 1983, when the vaults and floors of a good part of the old palace were recovered. 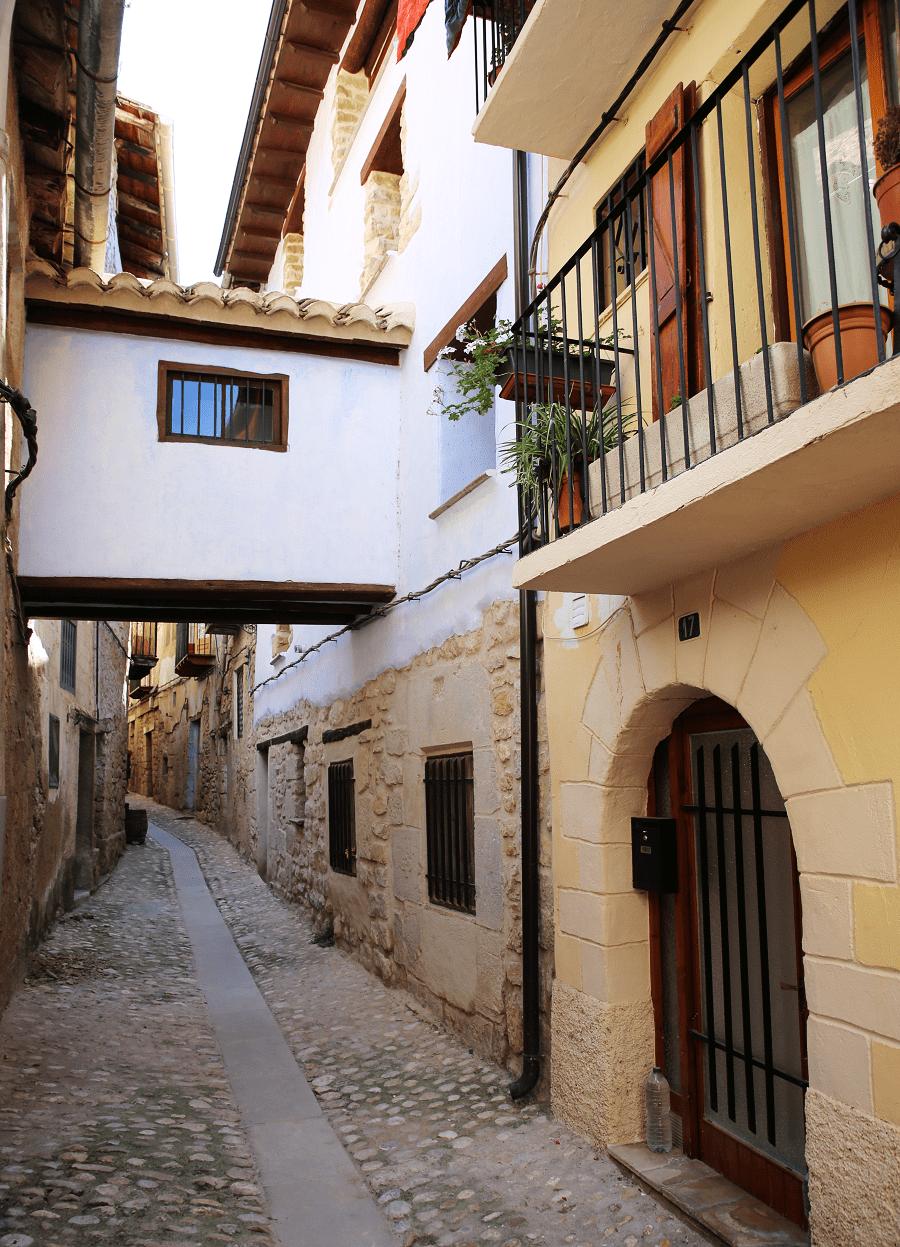 Today, Valderrobres Castle continues to seek its former splendor, having become a space for culture where exhibitions, conferences and music performances take place. 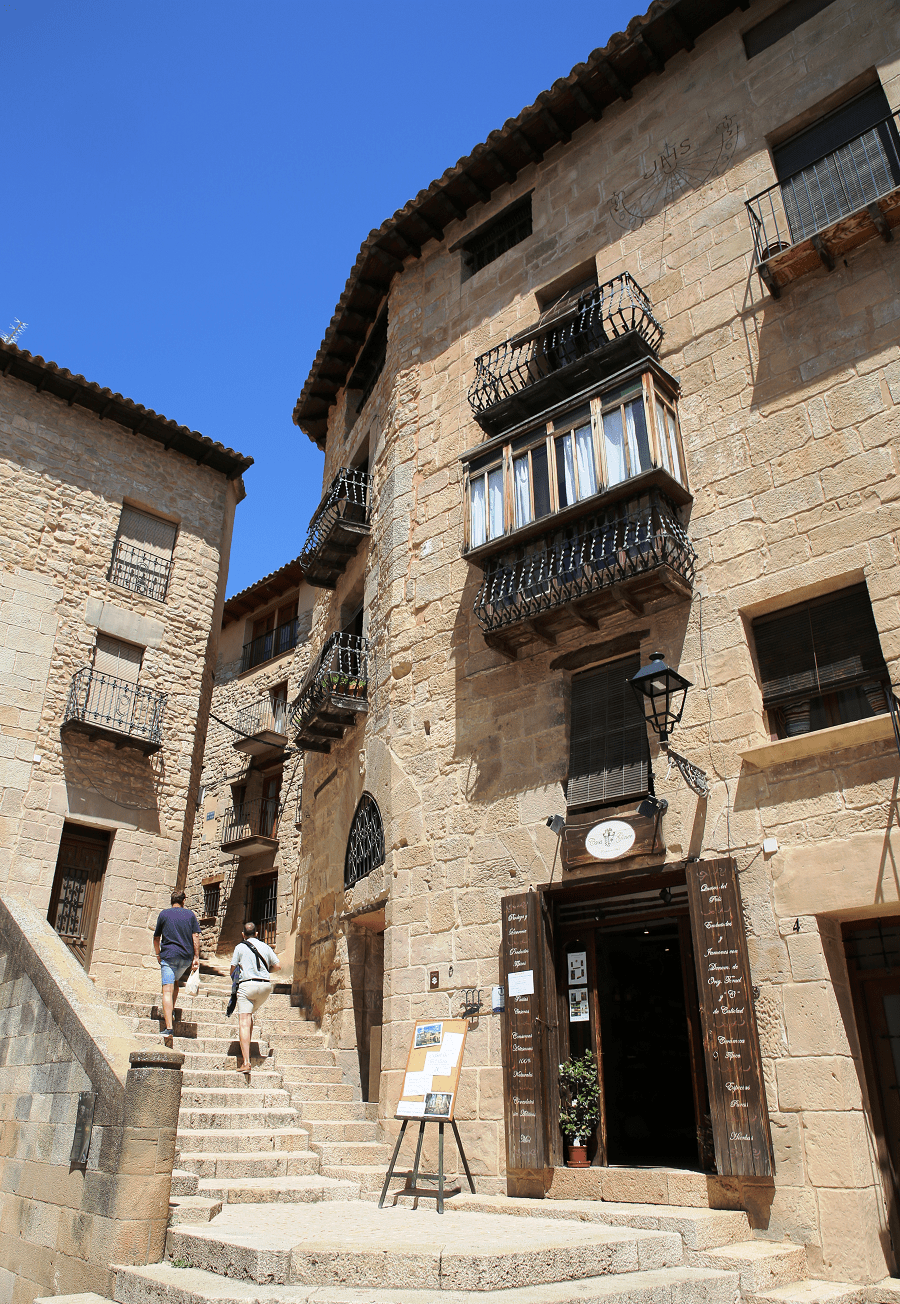 The Church of Santa María la Mayor de Valderrobres inseparably linked to the figure of the castle-palace, is one of the most splendid examples of Levantine Gothic in the province of Teruel. 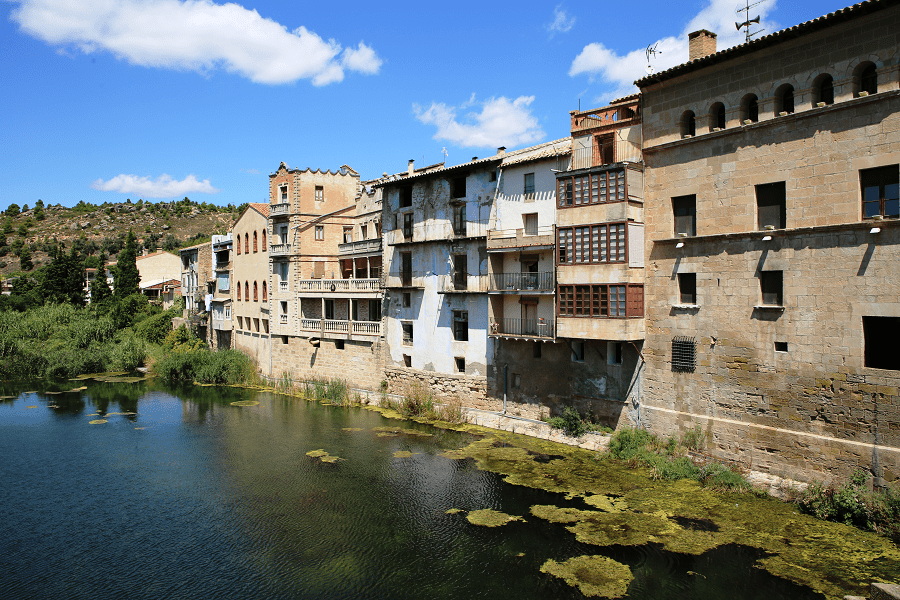 It was declared an Asset of Cultural Interest by the resolution of December 22, 1982 and published on December 5, 1983 in the Official Gazette of Aragon, although the delimitation of its surroundings was delayed until April 16, 2004. 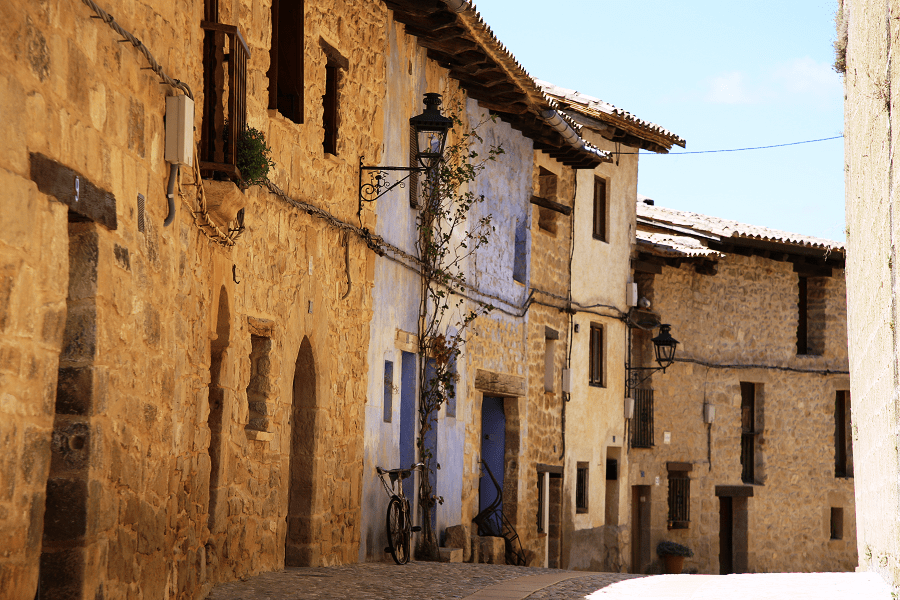 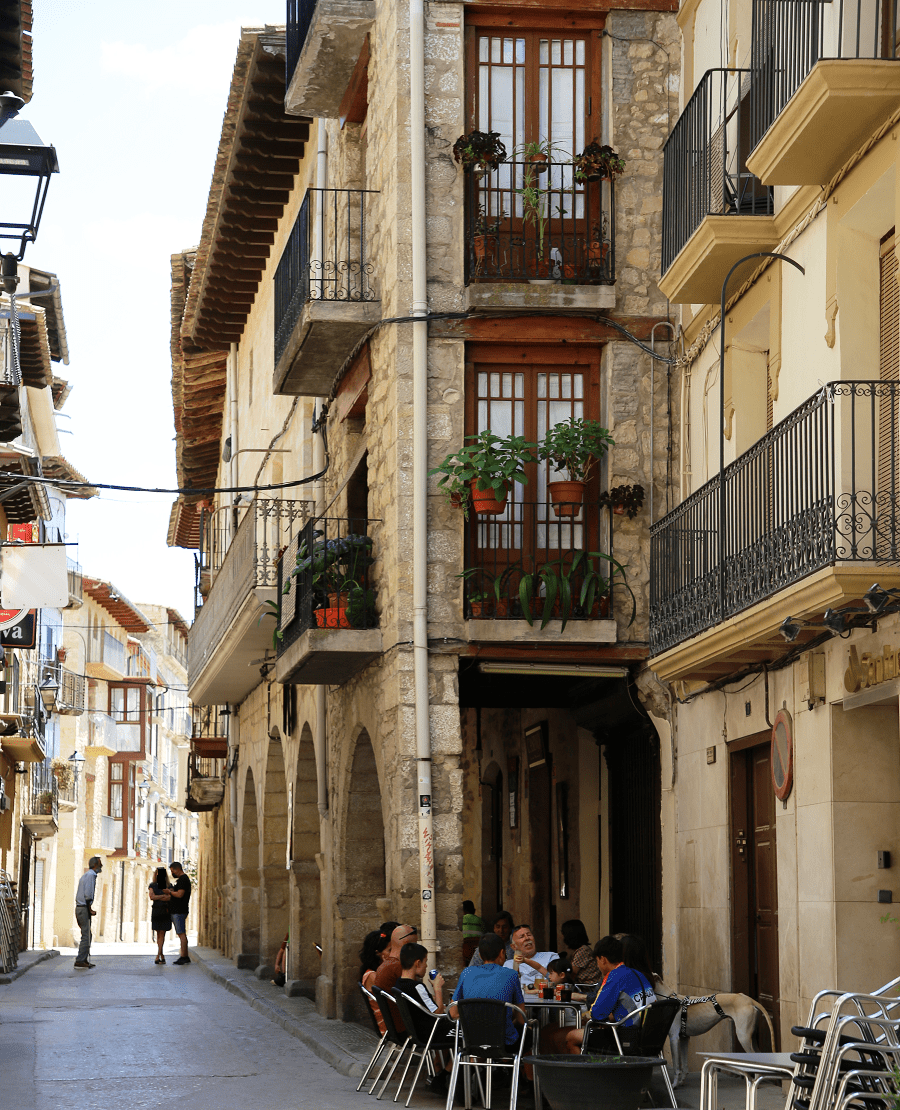 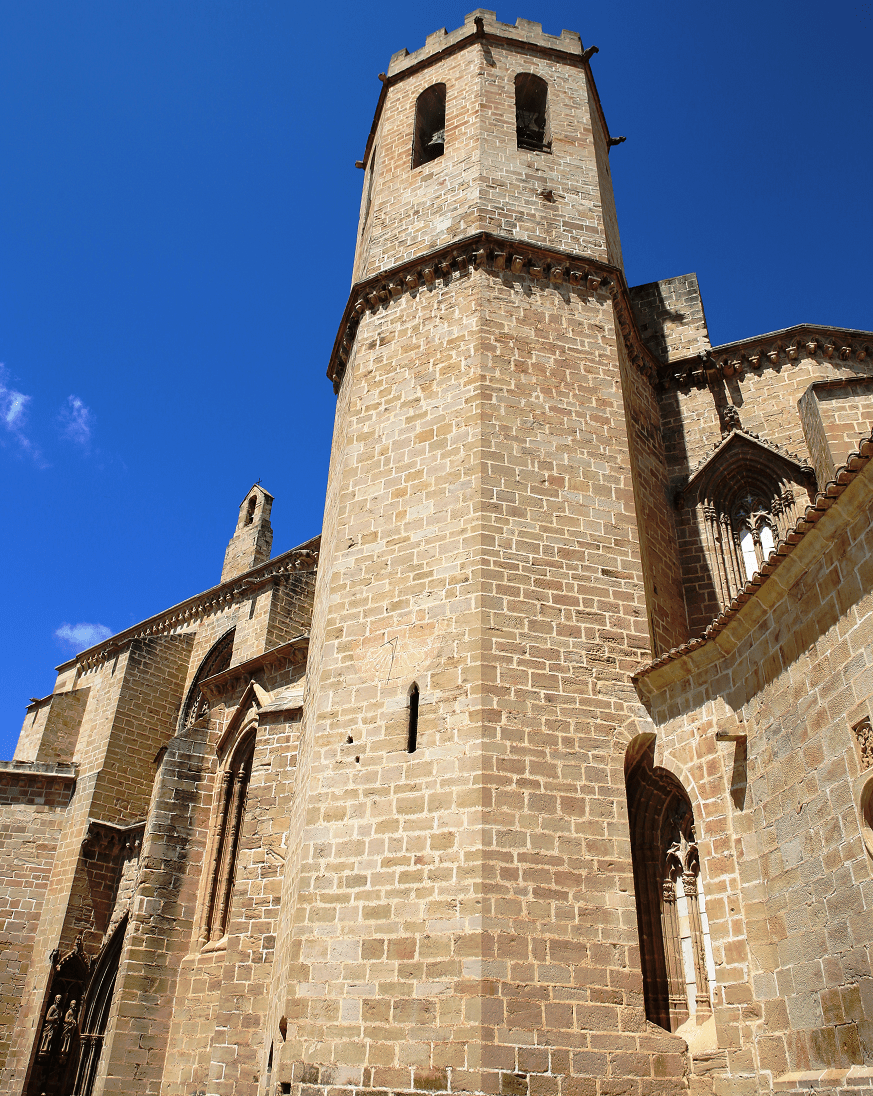