Casa de la Vall gets the status of being a UNESCO World Heritage Site soon, thinks GS of the National Commission of UNESCO Jean-Michel Armengol • All PYRENEES · France, Spain, Andorra 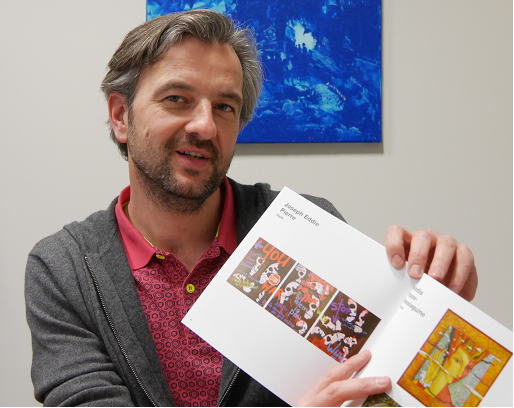 General Secretary of the National Commission of Andorra for UNESCO Jean-Michel Armengol listed the main projects UNESCO has in Andorra and told all-andorra.com about the plans for the next 2 years:

When did the UNESCO division open in Andorra?

In 1993 Andorra adopted a constitution and became a member of the UN. More than 20 years ago, on 23d February 1996, Andorra became a member of UNESCO. As known, UNESCO is an organization that is controlled by the United Nations and whose purpose is to promote the values of education, science, culture and communication. These are the four main directions, which, in turn, form the secondary areas and programs, including, for example, freedom of speech, national heritage, cultural diversity and intercultural dialogue.

UNESCO is a huge international network with a large number of programs. It has it’s headquarters in Paris, but the organization includes 197 countries, each with its’ own National Commission as we have here in Andorra.

UNESCO has an extensive international program, but each member state has the ability to develop, through its National Commission, the areas that are more in line with the country’s needs. For example, Andorra, a country with great cultural diversity, collaborates with UNESCO mainly in terms of educational issues and the developmet of schools. ( In total there are about 7 000 schools worldwide which collaborate with UNESCO).

How many Andorran schools cooperate with UNESCO?

Events that we hold in these educational institutions relate to issues such as nature and culture. For example, on 21st February, we organized and celebrated the International Mother Language Day. In Andorra, there are children from a wide range of nationalities, and the students were asked to read a poem or sing a song in their native language.
As for the University of Andorra, it gained the official status of a UNESCO Chairs. This organisation brings together universities, specializing in environmental issues, culture or technology.

The Rector of the University of Andorra, Miguel Nicolau, is a member of the National Commission of Andorra for UNESCO.

There are no French schools collaborating with UNESCO in Andorra. Why?
We didn’t have any requests from French educational organizations to collaborate. This cooperation is not compulsory and depends on the decision of each school’s management.

What are the major projects that UNESCO has in Andorra in addition to educational programs?

We are also actively working with the associations for culture, environmental protection, Youth Affairs, and Women’s Affairs. At the moment we are particularly focused on ensuring equality of rights given to men and women. Here in Andorra, there are problems related to the infringement on women’s rights, and we are trying to protect these.

Another area in which we are operating is the protection of freedom of speech.

Every two years we organize a meeting of artists all over the world in order to promote cultural exchange and to protect key human values. This project is called “ArtCamp Andorra, the colour of the planet”. The last meeting took place in 2016 and was attended by 31 artists (the first event was held in 2008). For 12 days the artists lived and worked together in Ordino. The next meeting will be held in July 2018.

In Malta, there is a similar event – Artists’ meeting ArtCamp (but this meeting mainly focuses on artists from Mediterranean countries and the European Union). This year, Malta has presidency in the EU for 6 months (January to June). The artists will meet in May – it will be the second ArtCamp event in a row. Andorran artists will also participate in the meeting (the total number of invited artists is about 15-20).

Another interesting project taking place is “Communication culture. University of the desert” which involves young men and women from 18 different European and Arab nationalities going to the desert in Oman. In January this year we were involved in this project for the sixth time. For one week, participants were asked to live together in the desert (boys and girls separately) without mobile phones and the Internet to be able to share the cultural values of their countries and to break stereotypes. From my point of view, the last event went extremely well.

In 2007, we organized a similar project in the valley of Madriu-Perafita-Claror. It was a meeting of young people from around the world, the purpose of which was to understand Andorra’s natural heritage. They lived together for 15 days and made many new discoveries and experiences. We are now working hard to repeat this experience in 2019.

In February this year, we held an event called Ull-nu (the 5th audiovisual festival for young filmmakers in the Pyrenees – including France, Spain and Andorra). The event mainly focused on the making of short films.
We plan to take part in the celebration of International Women’s Day on 8th March, as well as the celebration of World Water Day on 20th March. Artists will perform songs at a concert in Escaldes Administration (Comu d’Escaldes).

In April, we will celebrate the International Day of the Protection from Copyright, alongside Books Day “Sant Jordi”. On 22d May, in collaboration with the French Embassy in Andorra and the Ministry of Environment of Andorra, we will participate in the presentation of “The Odyssey” (L’Odyssée) – a movie about the life of a French explorer of the oceans, the photographer, director, inventor, author of many books and films of Jacques-Yves Cousteau. This film has recently been shot and released in 2016. The film will be broadcasted in Illa Carlemany cinema.

And finally, if we talk about the most important event, this year we have our General Secretary elections, as the current Secretary General Irina Bokova, representing Bulgaria, will be resigning.

Are the candidates already known?

We have a regional rotation in the UNESCO structure. After Irina Bokova, Arab countries such as Qatar, Egypt, Lebanon will be able to nominate themselves for the General Secretary position. However, there are also candidates from Italy and the Philippines.

What budget does UNESCO have for its’ programs in Andorra?

The Budget Committee has stated it to be about 100 000 euros. The total budget of UNESCO for the year is 350 million euros.

How does this compare to previous years? Is the budget increasing or decreasing?

There is one problem. Since Palestine became a member of UNESCO, the US Congress refused to grant the United States authorization to pay fees for Palestine’s membership (each UNESCO Member State is obliged to pay fees according to the number of population and standards of living). This provoked a general budget deficit because the US provides 20% of the total volume of financing of UNESCO.

Madriu Valley – is it the only object of UNESCO cultural heritage in Andorra?

Yes, it’s the only one for the moment.

Andorra, France and Spain are actively working together to obtain the status of UNESCO World Heritage Site for 3 objects related to the history of Andorra: the Cathedral in La Seu (Cathédrale de la Seu), Spain, Casa de la Vall (the former building of the Parliament of Andorra) and Foix castle (Château de Foix) in France. At what stage are the negotations?

This project is under review. All 3 countries have presented their proposals to the UNESCO center of cultural heritage, and these have been added to the waiting list. In France and Spain there are many places who are aiming to get the status of being a UNESCO World Heritage Site. Taking this into account, Andorra may therefore have a slight advantage as this is its’ only application for the moment. However, France and Spain will receive this status too, automatically after Andorra, as it is a joint project. I think this issue will be resolved soon.

If Casa de la Vall receives the status of being a UNESCO World Heritage Site, how will it affect the National Commission of Andorra’s budget from UNESCO? What exactly will this mean for the status of Andorra?

No, this status will not bring any additional revenue for the National Commission. But having a UNESCO status is a specific brand, recognized at an international level and, as a rule, this status helps to increase the number of tourists by 20% in a place endowed with such a status.