Andorran PM Antoni Marti called the members of the UN General Assembly to unify in the strive to the transparency of global economy and international cooperation • All PYRENEES · France, Spain, Andorra 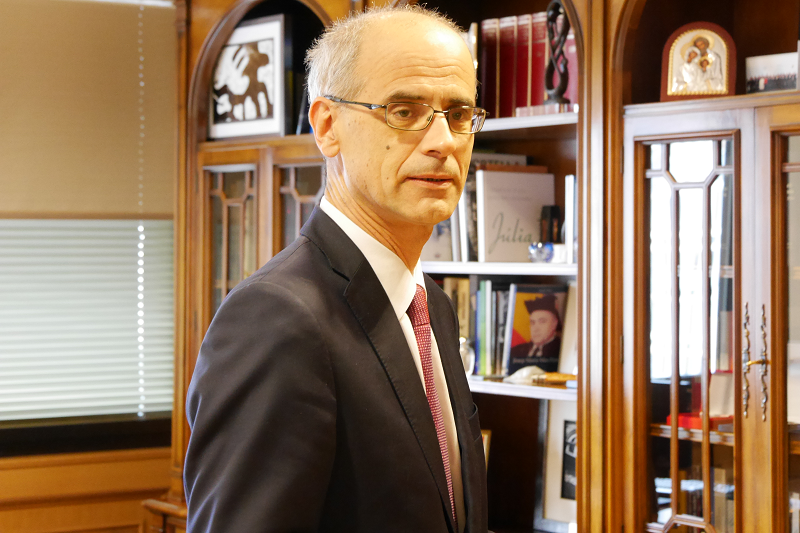 He emphasized that “Andorra has been actively developing in the recent years, its economy is based on the principles of transparency which becomes the key point that attracts foreign investments, widening the horizons of international cooperation”. In the result, he noted that more than a half of Andorran population is the citizens of foreign states.

As Antoni Marti puts it, signing the agreements on double taxation is no less important step on the way to the further economic development of the country, thus the Principality “is decisively moving to the integration into universal European market”.

Andorra is expecting for reciprocal moves from EU. “The efforts of the country for the sake of transparency and international cooperation in the economic sphere will be effective only in case the analogue measures are taken by all interested parties”, noted the Prime Minister of Andorra.

One more important part of Antoni Marti’s report was dedicated to  the country’ participation in the UN work, and in particular in the issues of education, children safeguarding and environmental protection. “Global challenges should be responded by means of multilateral consensus”, he claimed. He also added that “being a representative of the country with limited territorial resource, I can assure you, that our individual opinion, if not backed up by the global community, is of a really small value”.

A separate topic of  the speech is dedicated to the core principles of conflict regulations in Syria, Palestine and Ukraine as well as the threat caused by radical Islam. “Andorra has ever been and will ever be for the resolution of these conflicts under the UN aegis”, said Antoni Marti. He agreed that the emergency of Islamic state on the territory of Syria and Iraq poses a threat to Middle East. “There is no excuse for criminal activity, barbarity, sectarianism and terrorism. Inactivity and impunity are not affordable”, he resumed.