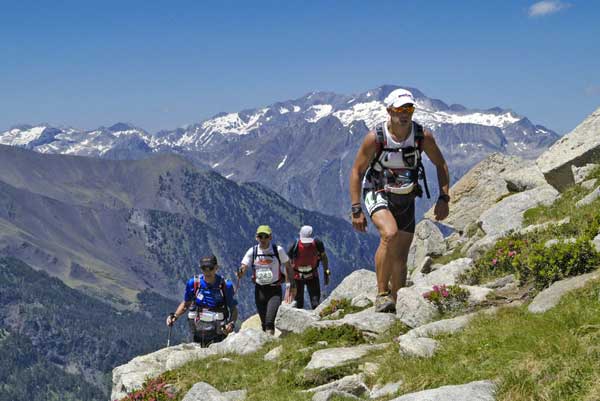 Marathon Andorra Ultra Trail Vallnord (AUTV) will take place on July 10-13 of 2014. This marathon is a unique opportunity to see the Principality from the highest points. The route goes through the territory of the natural park of Comapedrosa, Sorteny and Madrim valleys that were acknowledged national treasures by UNESCO.

The participants of Ultra Trail hiking marathon will have to subdue mountain routs at the height of 3000m. The marathon also includes night dash under the moonlight. There are traditionally 5 routs in the program of Ultra Trail in Vallnord marathon, but this year the route Trail (“around the outskirts of the Principality”) is substituted by Marato dels Cims (“the marathon around the peaks”)

Non Plus Ultra: the longest route around the whole territory of the Principality that extends over 170 km with 13 000m of altitude differences and the highest peaks of the country (Comapedrosa Peak 2,942m).

Mitic:  112 km route around the territory of the Principality with 9700m altitude differences, including (Comapedrosa Peak 2,942m). This year the rout was included into the calendar of Ultra Skyrunner stage in Spain and in Andorra -2014.

Calestrall:  83km route that is called “the heart of the country” with 5000m altitude differences. Includes plain tracts where the participants may recharge energies after three mountains of 2500m height.

Solldaritrall—Mountains for everyone: 10 km public route for everyone, including disabled people. Altitude differences make up 750m.