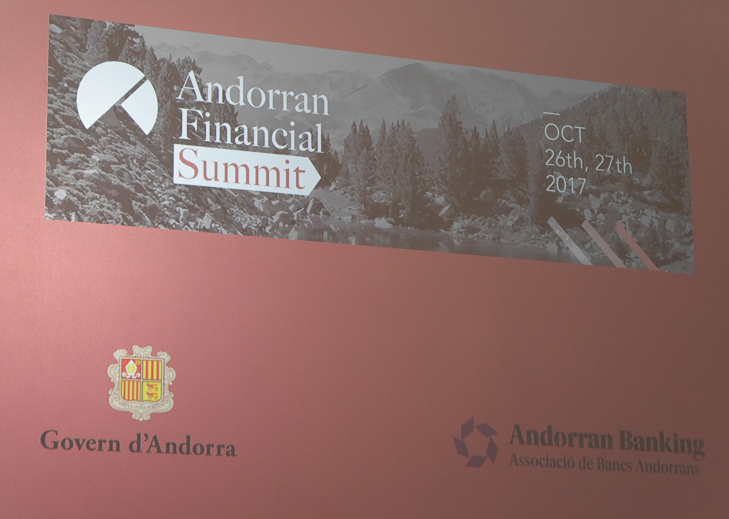 A two-day international financial summit with the participation of more than 200 representatives of banks and financial institutions of Europe and the USA has been opened in Andorra today. The main goal of the event is to tell the international community about the latest changes in the financial and tax system of Andorra on the eve of the entry into force of the agreement on automatic exchange of financial information.

The EU international financial standards in Andorra were approved six years ago. Prior to this, the main principle of the financial system of Andorra was strict keeping of bank secrecy. The law of total non-disclosure of information about the owners of bank accounts had been supported.

The head of the government of Andorra Antoni Martí has said in his speech that today “Andorra is open for cooperation in the banking sector, and this issue is one of the priority economic principles besides the development of traditional sectors of the economy – trade and tourism”.

The Minister of Finance of Andorra Jordi Cinca, in his turn, explained that Andorra “intends to continue work on improving the quality of providing banking services”. He also added that until 2019 “Andorra intends to conclude agreements on the exclusion of double taxation with 31 countries – in the near future such agreements will be signed with Austria, Italy and the Netherlands”. This will help strengthen business relations between countries, from his point of view. The minister also stressed that “at present the principality managed to stabilize the state debt in relation to the country’s GDP. The public debt is now fully financed by issuing of state bonds of Andorra”.

Within the framework of the summit, the head of Financial Intelligence of Andorra (UIFAND) Carles Fiñana and the director of the National Institute of Finance of Andorra (INAF), Ramón López, also tried to assure the participants of the summit of the guarantees of financial system of Andorra, which is especially important during the entry into force of the agreement on automatic exchange of financial information. In particular, it was noted that a lot of work was done to prevent the use of Andorra’s financial system for money laundering and terrorist financing by strengthening of the compliance procedure for new bank accounts. “The strengthening of the compliance procedure for new bank accounts, however, allowed Andorra to attract 29 million euros of foreign direct investment this year”, – Ramón López said.

Minister of Economy and Innovation of Andorra Gilbert Saboya said that “he does not expect any outflow of capital from Andorra”. On the contrary, he is waiting for the rating upgrade of Andorra by international rating agencies. From his point of view , “this can be facilitated by two reasons: Andorra’s entry into the International Monetary Fund (IMF) and the harmonization of Andorra’s rules in combating money laundering with similar EU rules”. “These measures will increase the liquidity of the banks of Andorra, which will be a good lever for raising their financial rating,” he summed up.