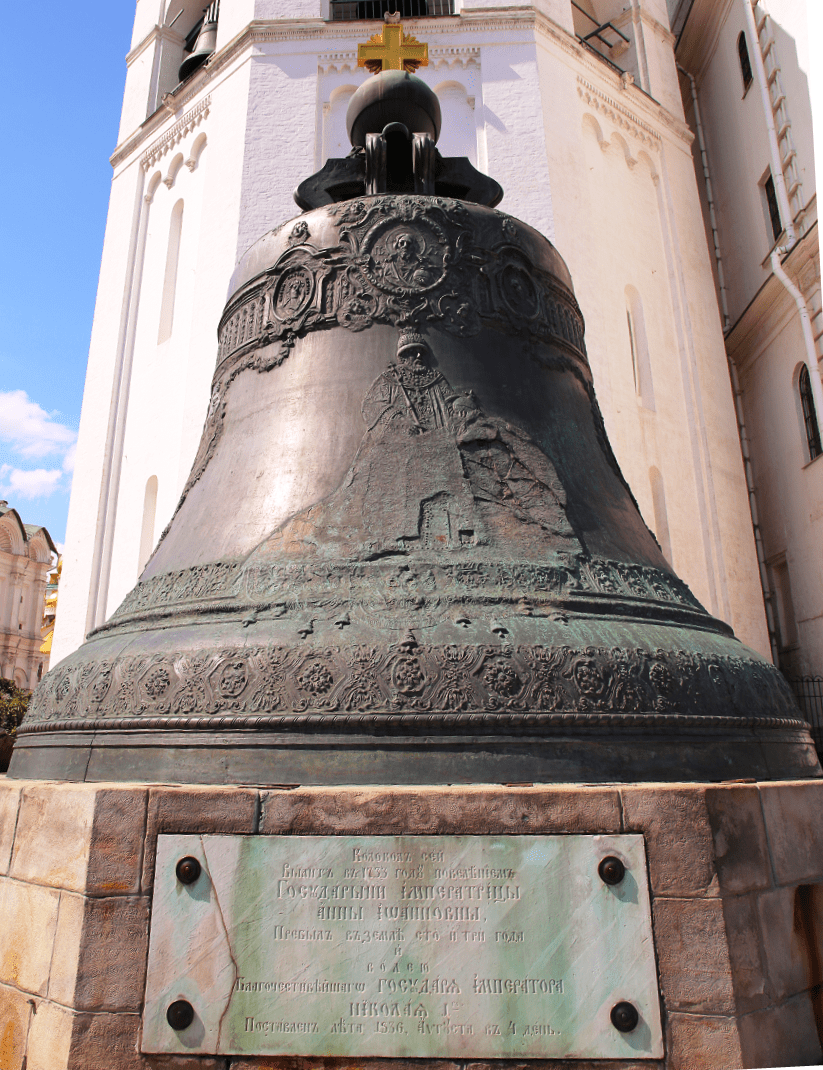 The Tsar Bell is a monument of Russian foundry art of the 18th century. The height with a locker is 6.24 m, the diameter is 6.6 m and the weight is 202 tons. It has never been used as intended. Empress Anna Ioannovna ordered the bell to be cast in 1730 in memory of the descendants of her reign. In 1737, during the Trinity fire, it was damaged and lay in the ground for about a century. In the first half of the 19th century, it was raised and installed on a pedestal in the Kremlin (Moscow) near Ivan the Great Bell Tower.

The Tsar Bell, known in our time, had several predecessors. The first, the Godunov bell, was cast in 1599. It was located in Ivanovskaya Square in the Kremlin. The bell surprised both residents and travelers from other countries with its size and beauty – it weighed 33.6 tons. The bell served for almost 50 years but broke due to a strong fire in Moscow.

In 1651, they started talking about casting a bell weighing 130 tons. Tsar Alexei Mikhailovich wanted to entrust the work to Hans Falk, but Falk asked for five years to complete it and did not want to use the copper from the broken bell. Moscow craftsmen – Danila Matveev, his son Emelyan Matveev, assistants Kirill Samoilov, Vasily Borisov and Semyon Simonov – were ready to do a similar job in a year using old copper. 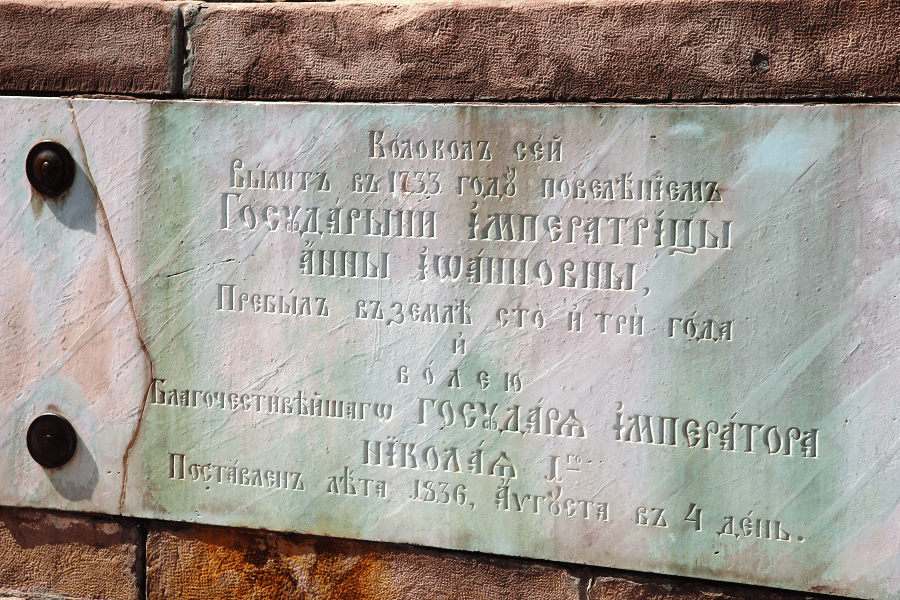 The bell was cast in 1654, using, among other things, the metal of the previous one, and in December of the same year, it rang from the bell tower and could be heard up to 7.5 kilometers away. This bell soon broke from a strong blow with the tongue, and in 1655 Alexander Grigoriev worked on the bell for ten months, from February to December. In 1661, the bell fell to the ground but remained intact, and in 1674 it was hung up again. The second bell almost repeated the fate of the first – it crashed in 1701 due to a fire, having served for almost 50 years.

On November 26, 1734, permission to create a new bell with a weight of more than 200 tons was received and a solemn service was held in the Assumption Cathedral. After this, metal smelting began. In the Kremlin, 83 workers were employed, and in total, almost 200 people worked on the bell. 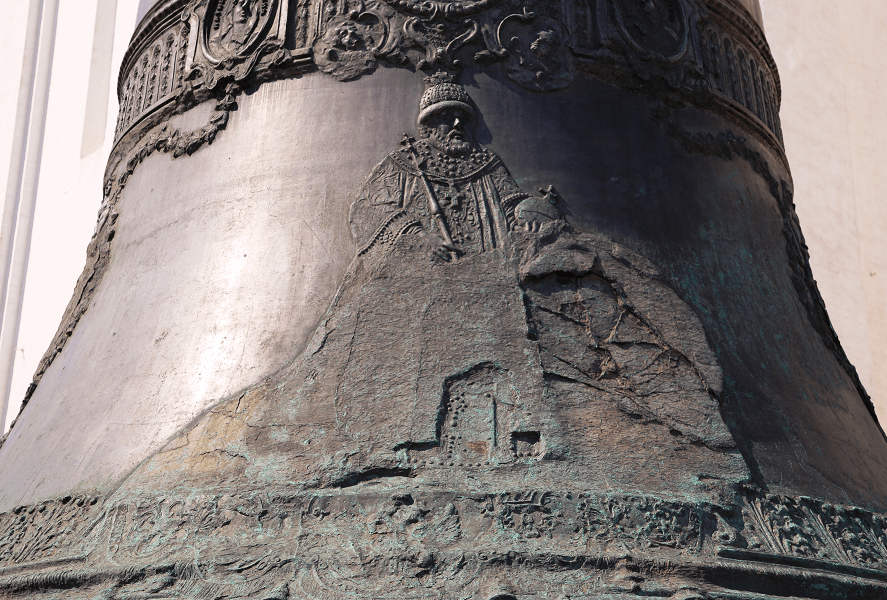 On June 9 (according to the new style), 1737, the Trinity Fire occurred in Moscow, which was considered the greatest in the history of Russia until the fire of 1812. According to the generally accepted version, during this fire, a wooden building over a pit with a bell caught fire, and burning logs began to fall into it. During the rescue, the bell fell from special bridges, and a piece weighing 11.5 tons broke off from it. The broken bell remained in the ground for almost a hundred years because it was considered too heavy.

On July 23, 1836, the final rise of the bell began and lasted 42 minutes and 33 seconds. When the bell was raised, the pit was covered with a platform of logs, skids were placed on the skating rinks and the bell was lowered onto the skids. In three days, the bell was moved and on July 26 (according to the old style), it was installed on a pedestal next to the bell tower of Ivan the Great, where it is currently located. Since that time, the bell and the nearby Tsar Cannon have become one of the main Russian sights.

In the fall of 1979, the Tsar Bell was restored and cleaned of paintwork, which made it possible to study the relief decorations.
Modern technologies make it possible to produce a larger bell. But when such a bell rings, most of the waves will be in the infrasonic spectrum, which can cause people and animals to become anxious and even panic. Studies show that the optimal weight for heavy bells is max. 32 tons.