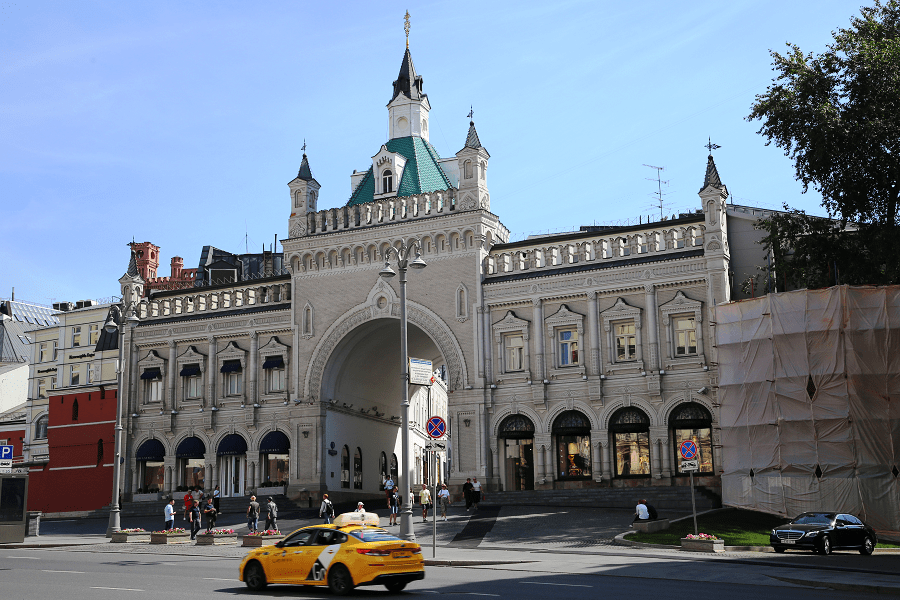 Tretyakovskiy proezd is a street in Moscow, located in the historical Kitay-gorod district between Nikolskaya street and Teatralniy Proezd. It was built in 1870-1871. At the same time, the Tretyakov Gates, stylized as Russian antiquity, were cut through in the Kitaigorodskaya wall next to the Bird Tower. Boutiques currently occupy the passage. This is the only shopping street in Moscow built with private funds.

It was laid according to the project of the architect Alexander Kaminsky on the initiative and at the expense of merchants-philanthropists brothers Pavel Mikhailovich and Sergei Mikhailovich Tretyakov on the site of a previously existing passage, which was built in the 18th century.

Since the mid-1870s, private shops and branches of large firms have been located in the buildings of Tretyakovskiy Proyezd. The Moscow Merchant Bank and several well-known Moscow notaries occupied some of the premises. In the 1880s, Trusov and Surovtsov’s ready-made dress shop was located on the ground floor of the building on the side of Teatralny Proyezd. In the late 1890s, the Phoenix store moved into this building, selling Art Nouveau furniture popular among Moscow aristocrats.

In 1995, an investment contract was signed for the reconstruction of the Tretyakovskiy passage. The work was conducted from 1997 to 2000.

In the early 2000s, Mercury, Russia’s largest seller of luxury goods, began renting Tretyakovskiy Proezd Square to create its own “luxury area” in the city center (before that, most of the boutiques owned by Mercury were located in the Moskva shopping center on Kutuzovsky Prospekt). In 2001, the first store was opened – Giorgio Armani, later Kiton, Gucci and Ermenegildo Zegna boutiques were opened; in 2002 – Prada, Tod’s, Brioni, Yves Saint Laurent; in 2004 – Roberto Cavalli and in 2007 – Ralph Lauren and others. 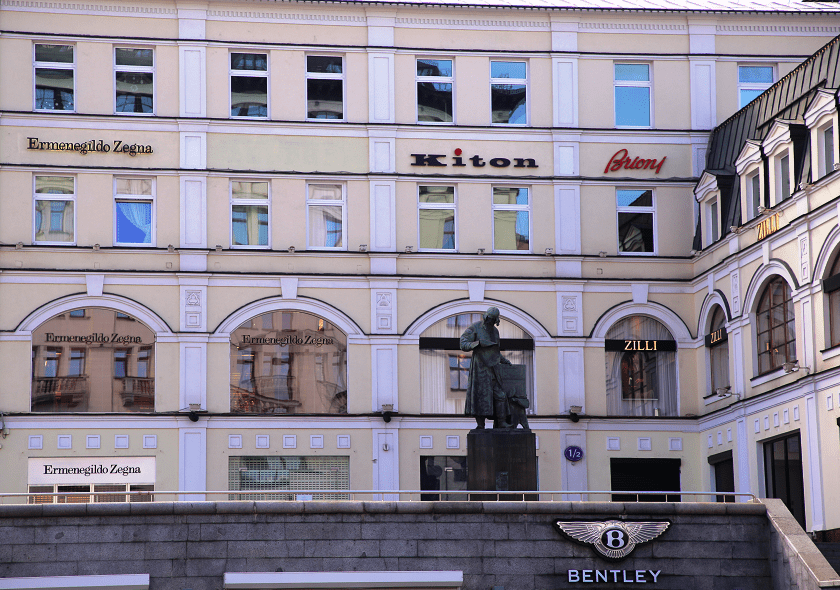