The tradition of business continuity in Andorra became possible due to the current economic model of the principality, stated Antoni Martí during 15th Forum "Family Business in Andorra" • All PYRENEES · France, Spain, Andorra 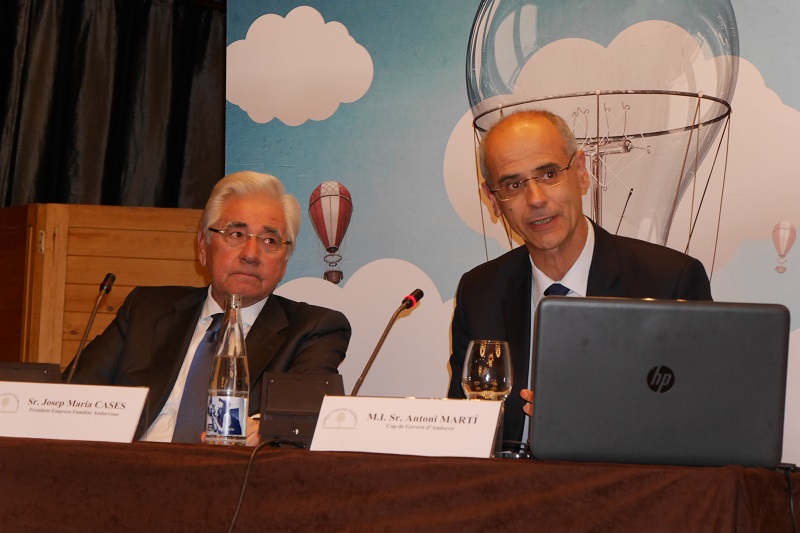 The Head of Government of Andorra Antoni Martí participated in the 15th Forum “Family Business in Andorra. Outlook and impact “, which took place on 1st December, 2016, in Soldeu. In his speech, the Prime Minister, in particular, noted that the tradition of business continuity in Andorra became possible due to the current economic model of the principality. “Family Business – an institution founded on the respect to traditions and innovations in entrepreneurship. In particular, the government of Andorra must support the family business in such areas as new technologies and education – these sectors of economy work for the benefit of all the traditional sectors of the Principality’s economy,” stated Antoni Martí.

Speaking about the expansion of Andorra in the international markets, he noted that the Principality should continue the course of establishing business relations with other countries and to follow the recommendations of international bodies such as the UN, Council of Europe or the European Union.

Minister of Education of Andorra Eric Jover who also took part in the forum said “that education must necessarily be consistent with the business needs of Andorra”. He also stressed the need for closer interaction between entrepreneurs and university students.

Look here for the photos from the Forum