The expected growth of the international tourist market this year is about 4%, said Márcio Favilla, Executive Director of the World Tourism Organization • All PYRENEES · France, Spain, Andorra 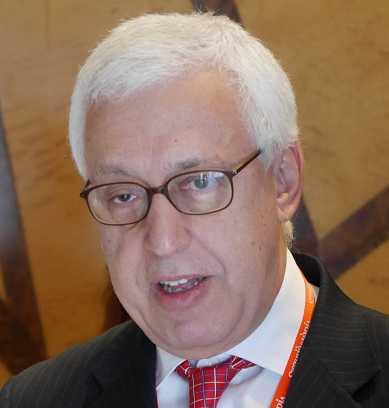 Márcio Favilla L. De Paula, Executive Director of the World Tourism Organization, speaks to all-andorra.com about the international tourism market and Andorra’s place in it:

Why did you decide to organise the World Congress on Snow and Mountain Tourism in Andorra?

It’s a long story. The congress began many years ago and we have held it in different parishes of Andorra every 2 years. This year is our 9th event, meaning we started 16 years ago.

3 years ago we started hosting the event every year in the Euro-Asia region. The first one was in Alma-Ata (Kazakhstan), last year it was in Ulsan (South Korea) and next year it will be in Georgia. That’s why the tourism minister of Georgia was invited to Andorra to participate in the Congress.

What are the results regarding the UNWTO’s activities in 2015?

The WTO is a specialized agency of the United Nations. What we do is promote sustainable and responsible tourism. We collect the statistics from our member-states and non-member-states. The results show that last year we had 1,184 million international travellers (arrivals), which was 4.4% more than in 2014 (1,134 million travellers).

Many people travel domestically as well. We don’t have a precise number, but a rough estimate would be at least 6 billion people who also go on domestic trips. By international arrivals I mean tourists who stay overnight.  The tourists who, for example, come to Andorra from Spain and return on the same day are not included in this 6 billion. Last year, Andorra had 2.7 million tourist arrivals, but overall they had approximately 7 million day visitors.

What are the plans for this year?

We expect an increase of about 4%. Despite the whole economic and many times political challenging environments, tourism still continues to grow.

1,184 international arrivals spend about 1.3 trillion dollars. On average, it’s $1100 per person traveling abroad. They tend to spend money in the countries they visit, but they also spend money in their countries before travelling. For example, if someone in Spain is travelling to Brazil they will often buy their plane ticket from Iberia (a Spanish company).  People spend money on different things: hotels/accommodation, tour guides, restaurants, shopping, renting cars, buying local products, art products, and handmade craft products. This creates an economic benefit for the local area, as well as the wider tourism industry.

However, in order for this to be sustainable, the local culture needs to be respected. Tourists have to have a positive engagement with local destination and local communities. Tourists have to respect the heritage sites of a country. Visiting places are good for both sides: not for those who visit, but also for those who are visited.

How much is this in terms of global GDP?

Tourism creates between 9-10% of global GDP: direct and indirect.

Let’s take Andorra as an example. When people come to Andorra and spend money in Andorran hotels, restaurants and ski resorts or buy local products, they generate direct GDP (4-5%). When they also go shopping, even the products which are not made here in Andorra are also generating GDP; it goes up to 25% of the local GDP. Here in Andorra, if you consider other impacts and benefits of tourism, for example, real estate houses and apartments, which local companies construct and sell or rent to tourists, that can make up to 50% of local GDP. That’s what the prime minister of the Andorran government, Antoni Marti, told us about.

What were the key trends in international tourism in 2015?

Tourism continued to grow. Destinations with developed tourism facilities continued to grow strongly. Some source markets were affected by some economic downturns. Let’s consider 2 of the BRIC countries – Russia and Brazil. Less of their nationals’ travelled abroad and therefore they spent less abroad. But 2 of the others BRIC countries – China and India, continued to grow and spent more money abroad. So, the fluctuation in the price of commodities (not only oil but also iron as well as other minerals) affected some markets negatively but was positive for others. The price for aviation fuel was reduced globally and the price of plane tickets was a little bit lower.

Which tourist destinations were the most popular last year?

Spain did very well again – it was the third most important destination, the first one was France, the second was the United States, China was 4th and 5th was Italy.

What about Andorra? Is it not in the TOP 10?

No, it’s too small to compete with the other countries. But Andorra ranks number one for security, which is very important for tourists. I don’t have a rank to say it’s the safest, but it’s clear that Andorra is a destination that is perceived to be a very safe place to visit. In general, international tourism must be a combination of 2 things: safety and friendliness. Being safe and unfriendly does not help. Being only friendly but not safe does not help either. Fortunately, Andorra has both.

What are the top tourism market trends: summer and winter tourism, business tourism? What else?

Globally, people tend to travel more during the summer because it’s an extended holiday period. But the world has 2 hemispheres. When it’s a summer here it’s a winter in the Southern hemisphere, and vice versa. The mountains are a very special destination. They’re not only a destination during snowfalls as they offer much more than just skiing. They are also still popular during the summer months for hiking and trekking enthusiasts. Mountains should be recognized as a year-round attraction. That’s what we were discussing at the Congress.

Business tourism today accounts for no more than 18% of all international tourism. The people who came from abroad to this conference, for example, are classified as business tourists. In economic terms, business tourism will continue to grow. It doesn’t grow very fast, but it’s an important component of the tourism sector.

How can the UNWTO support tourism in Andorra?

We are supporting Andorra via this congress. The UNWTO and the Andorran government have had a partnership since 1998, primarily regarding the educational and training activities of the UNWTO. Most activities are in other parts of the world, but even through this we are promoting Andorra internationally. When the Terms foundation goes to another country, people hear about Andorra. It’s not necessarily direct, but it’s effective.

Through this foundation we are supporting the Andorran university to develop a master’s degree in mountain tourism.  It’s very important for Andorra because this type of degree doesn’t exist in any other European university. This will be the first one.  We will bring together the content and experience from other universities and give our support. At the moment, we are in the middle of the discussions. It’s a project for next year, and we hope that it will also help to highlight the fact that Andorra is a very unique mountain destination. Andorra has all the necessary conditions to attract more people and grow very fast.

How can Andorra strengthen its position in the world tourism market?

Andorra is doing it already. The government’s strategy to bring international sports events during the winter and summer is strengthening Andorra as a tourism destination, without reducing its ski tourists. It does not interfere with any predicted activity; instead it helps to bring more tourists during the other parts of the year. All destinations in the world are trying to fight against the peaks and falls of seasonal attractions, and Andorra’s tactics are working very well so far.

What are the main disadvantages Andorra has as a tourist destination? There is no airport, for example…

Probably it’s an advantage. In tourism, situations are hardly ever black and white. Some people never travel by plane. If you want to go to place with 100% tranquility you should come to Andorra! 2.7 million people who came here wanted to stay longer.

Do the Andorran tourism markers have any characteristics that the UNWTO can apply to other countries?

We have seen, during the presentation by the minister of tourism, Frances Camp, that Andorra aims to host more events throughout the year, and not only during the winter months. Other countries sharing Andorra’s geographical features could follow this path too.