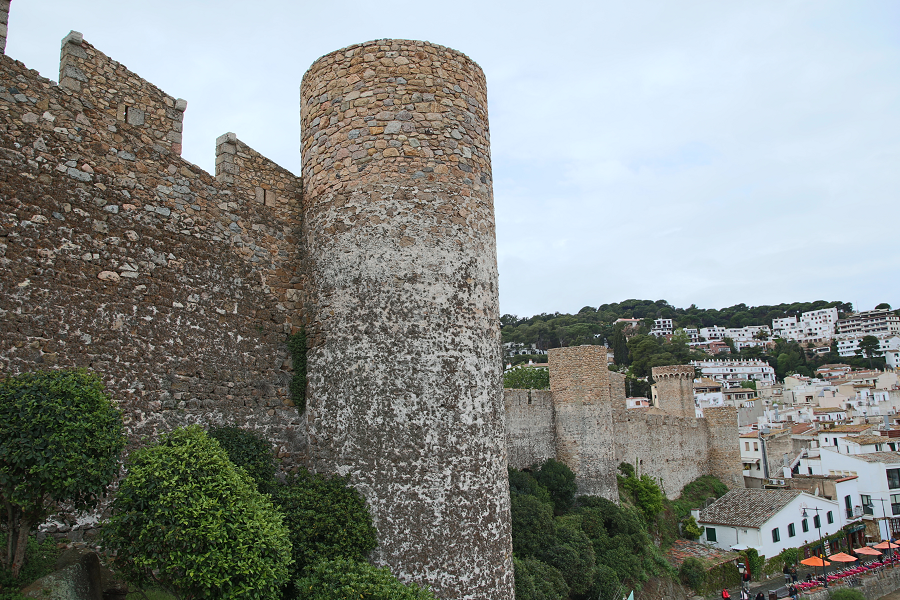 The castle (fortress) of Tossa located in Tossa de Mar was declared National Historic Artistic Monument in 1931. It is the only example of a fortified medieval town that still exists on the Catalan coast, Girona province, Catalonia, Spain.

It is located at the foot of the northwestern slope of the promontory confronted by the head of Tossa, within a walled enclosure, that has a perimeter of 300 meters, built between the 12th and 14th centuries as a defense from pirating. Almost all of the original perimeter is conserved, with rectangular battlements, corbels and embrasures, and with seven circular towers with cylindrical structure. There are three large cylindrical towers called Codolar or Homage (to the west, next to what was the Palau del Batlle and which currently houses the municipal museum), Ses Hores or Rellotge (cat. the clock) (next to the entrance portal to the village) and Joanàs (the easternmost, almost on the sea).

From the Romanesque period there are the merlons on the wall, made with two or three stone blocks, and thewall with slightly projecting stones at the bottom, while the rest of the walled enclosure belongs to the moment of its reconstruction in the 14th century. From the castle, which was located where there is the lighthouse, there is almost nothing left. In contrast, vestiges of the primitive parish church, of Gothic style, dedicated to Sant Vicenç have been preserved. 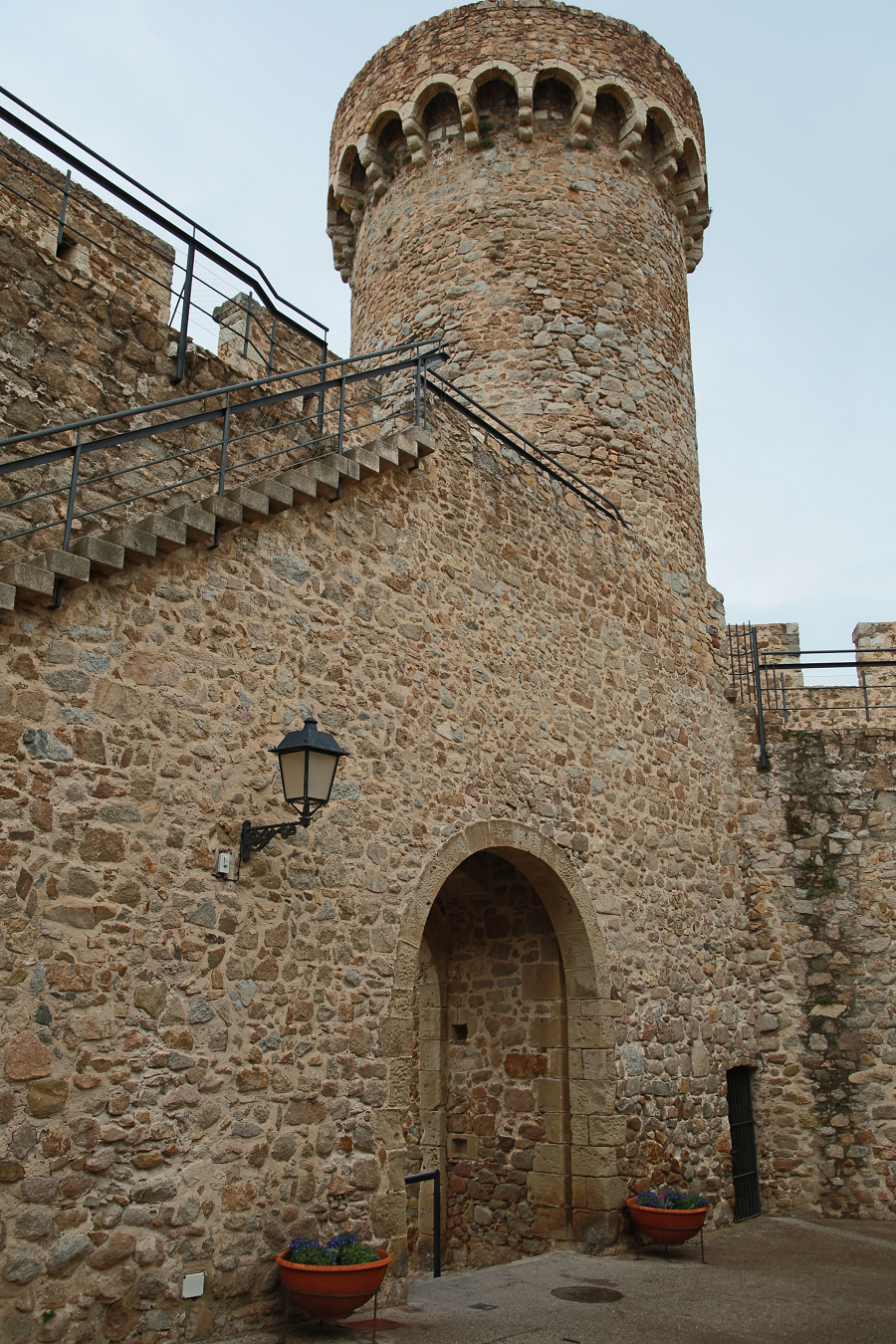 Facing back to the sea, at the foot of the northwestern slope of the promontory confronting the head of Tossa, is the Vila Vella, protected by a defence wall in the most vulnerable sectors that face the bay and the coast. Vila Vella, with irregular and narrow streets, due to the unevenness of the hill, extends over a walled enclosure that has a perimeter of about 300 m. From the site, remain the wall with seven round towers, of which three stand out, they are the highest ones, crowned with parapets and finished by staggered corbels that hold small rounded arches.

Each of the towers has a name: Joanàs tower, located at the most eastern end, built on a rock above the sea, the Tower of Hores or Rellotge, in the middle, near the town’s entrance portal, and the Codolar Tower or the keep tower, in the west sector, next to what was the Governador Palace, nowadays turned into a municipal museum. In the highest part of the promontory it was not necessary to raise a wall, since the steep slope of the cliff acted as a natural defense. Both the wall and the towers were built with granite stone, abundant in the area, and with mortar of lime and sand. 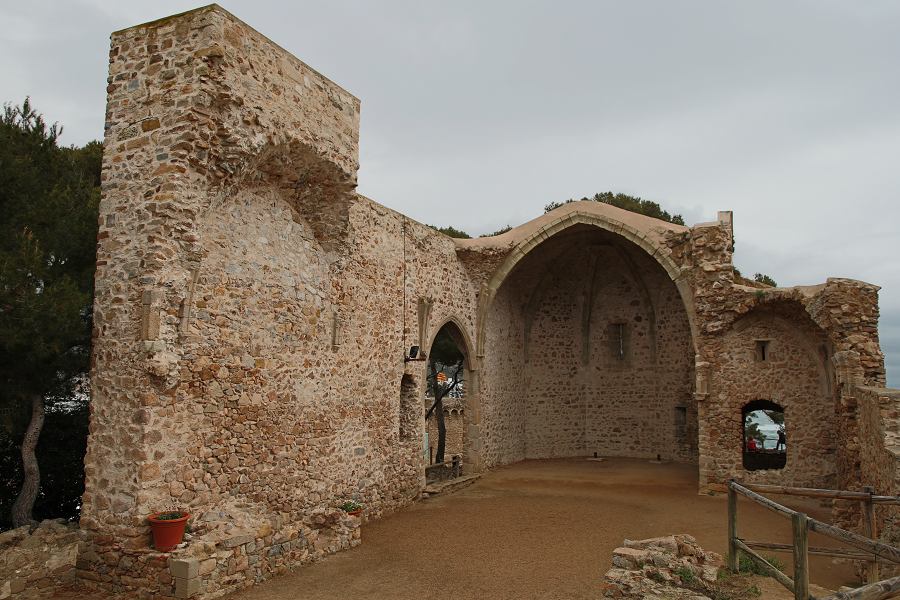 These three towers had three floors covered with stone vaults, and access to the interior was made through a door from the wall parapet path. The other four towers with smaller diameter and a lower height are interspersed along the curtain wall, three between the tower of Joanàs and that of the Rellotge and one between Rellotge and Codolar. The wall is crowned by rectangular battlements, ornamented on the corners by small corbels and with loopholes. At the height of the loopholes, on the inner side, we find the walkway or rampart that encircles the entire enclosure.

The entrance to the town, next to the tower of Joanàs, is totally artificial. The true gateway to the town at the western sector, protected by the Rellotge tower, consists of a double, arched door with a portcullis, framed by voussoirs and on a wall different to that of the rest of the enclosure built with perfectly worked ashlars. From this gate you pass to a square that retains its character as an entrance courtyard, since from here you can access the town center, either by the Street of Batlle or the one of Governador. In the place-of-arms, there is a staircase adjoined to the inner side of the wall that leads to the wall walkway. The houses we find between the narrow streets are from the 15th and 16th centuries, with buildings that show some gothic elements, such as the Palau del Batlle, the current Municipal Museum. 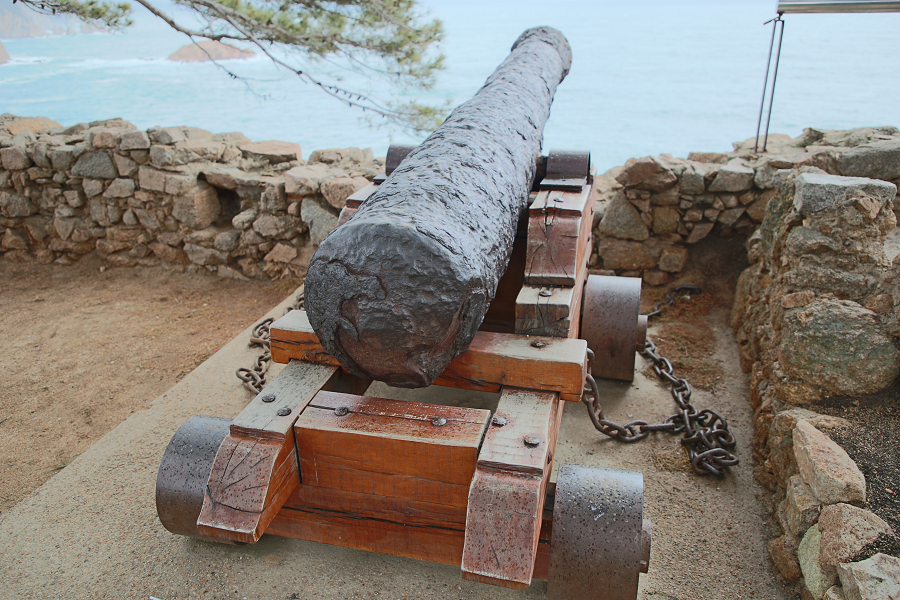 On the promontory, on which the Vila Vella is located, there was an Iberian settlement, and it is supposed that inside the enclosure there must have been another one, also walled but of smaller dimensions, from Roman times. The castle of Tossa was erected in 1187, at the order of the abbot of Ripoll, who held the place since 966 by donation from the county of Barcelona to the monastery of Santa Maria de Ripoll. The abbot of Ripoll also granted it settlement rights in the same year of 1187, which allowed to build inside and outside the fortified enclosure, and which is the origin of the Old Town. The lordship of the monastery of Ripoll, very rigorous thanks to the benefits obtained from fishing, lasted practically until the end of the Old Regime. 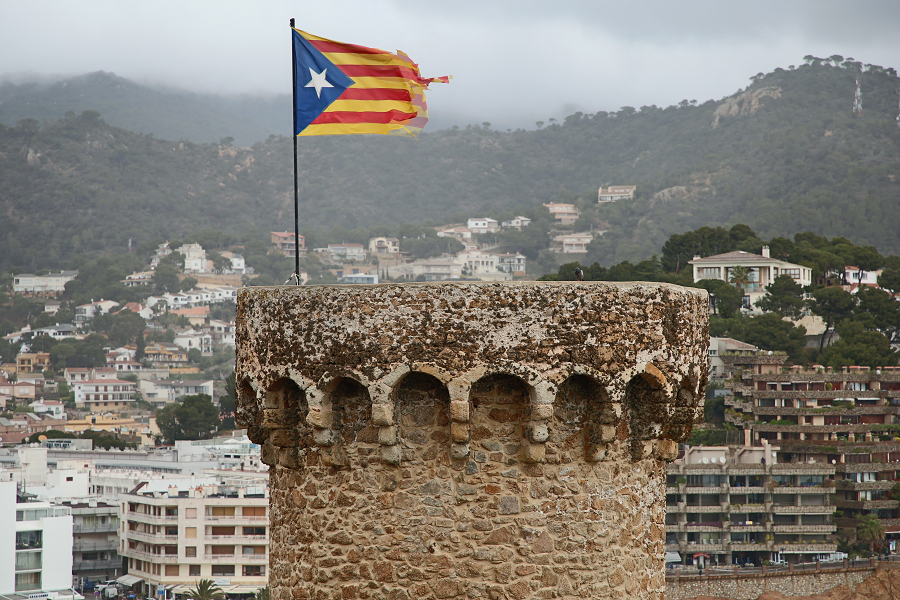 According to Enric C. Girbal, in 1240 the castle of Tossa (castrum de Torsa) is mentioned in a document of a lawsuit relating to pasture rights. In 1285, after the attempted invasion of Catalonia by the French, the town was very damaged. Thanks to the Hearth tax of the years 1365-70, we know that in these dates there were eighty-one households in Tossa, all belonging to the abbot of Ripoll. In 1371, it was sold by castella Àrnau de Soler to Pere de Riera. There is also news of works that were made in the fortifications of Tossa in 1371. It is not clear if people had a refuge in the castle apart from a house in Vila Vella or if the so-called castle corresponds in fact to this town enclosed by the walls.

The great variety in the type of construction, both of the wall and the towers, shows a constant transformation throughout the site, with works, repairs and restorations. Until today, while waiting for more in-depth studies and leaving aside the Iberian and Roman stages, three phases are distinguished. Phase I, construction of a first enclosure at the end of the 12th century. Phase II, reconstruction of the abbot Descartar in the 14th century. Phase III, the repairs and restorations up to our days.