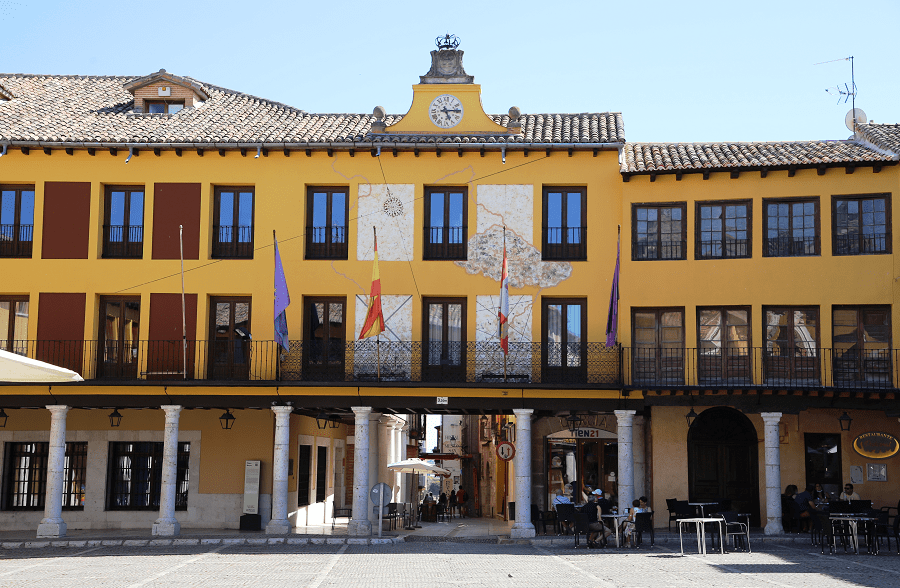 Tordesillas is a town and municipality in the province of Valladolid, Castile and León, central Spain.

Its current structure dates from the 17th century. It is a perfect square accessed by the entrances from four streets. It is all arcaded and the two-story houses have shops below. The façades have large windows and balconies, specially designed to witness parties and shows from them. It is a typical Castilian square where the Town Hall is located. 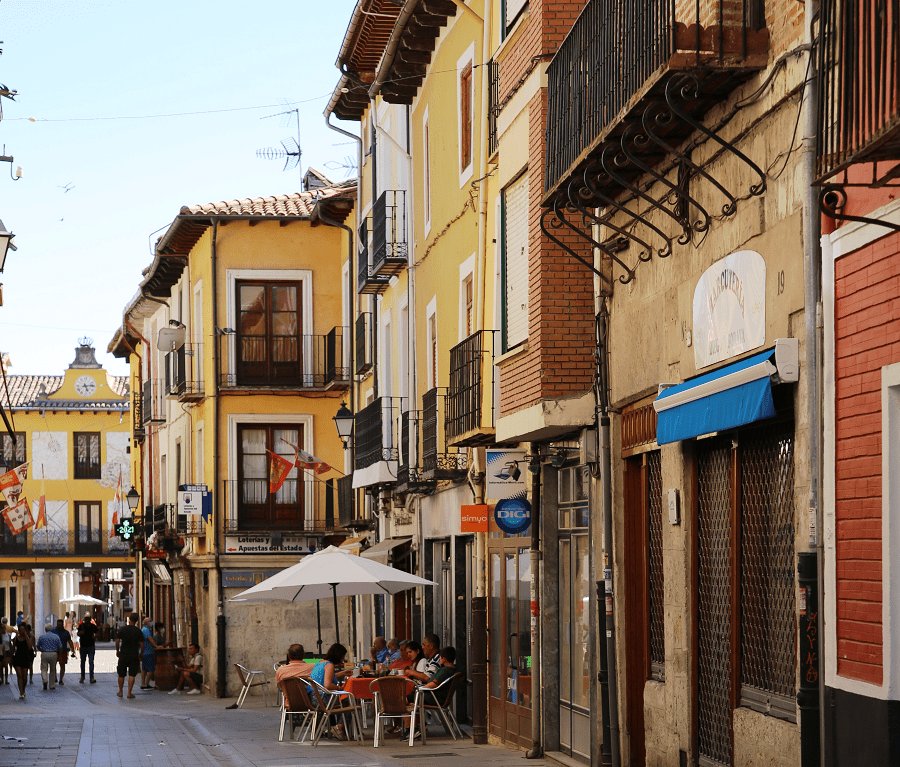 On the origin of the current bridge there is no reference, no date, no traces, or authors. Its arches indicate its medieval origin. It is a great work of ashlar masonry, it has ten spans, and between the arches it has cutwaters with a triangular plan. A bridge is known to have existed in the 10th century, but the current construction has its origins in a deep 15th-century remodeling. 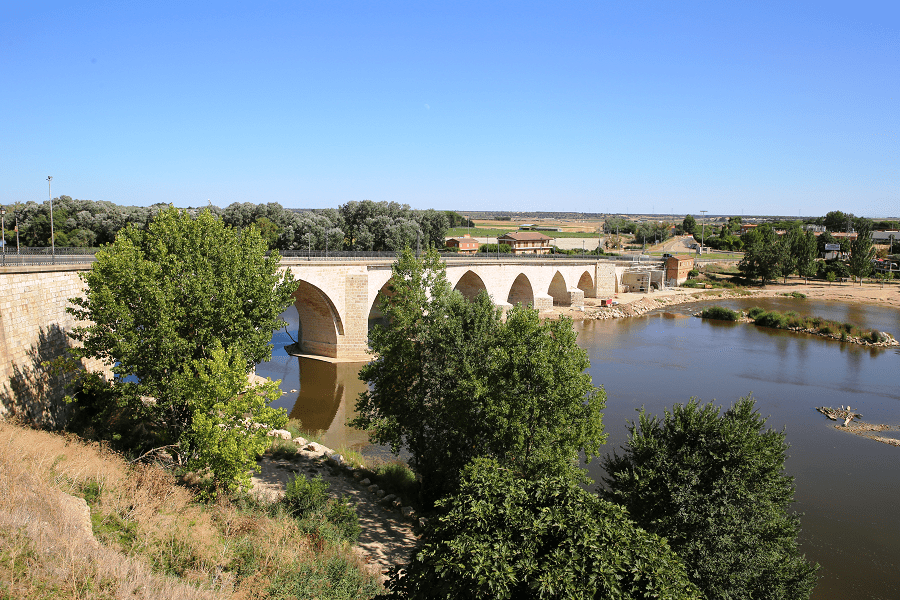 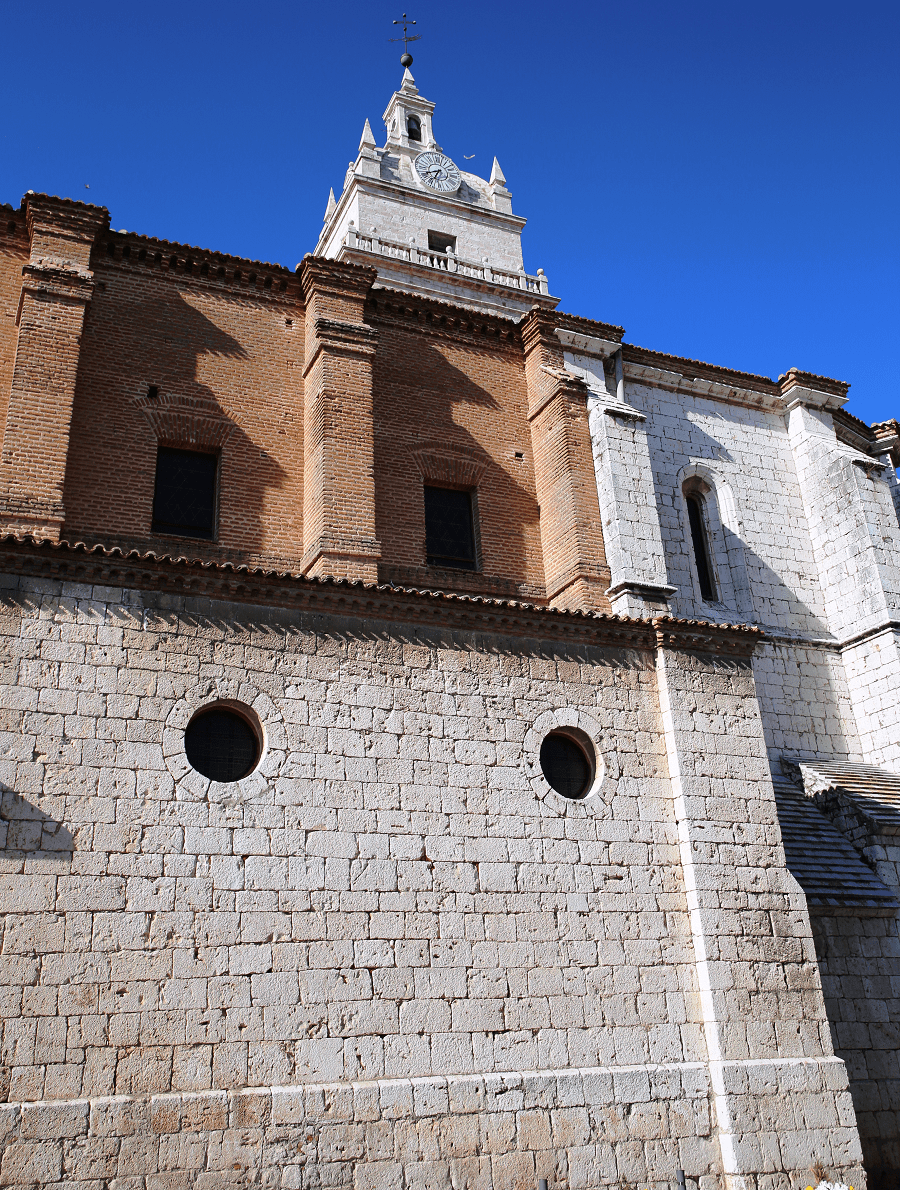 It is built on the old Mudejar palace called “Pelea de Benimerín” (which in turn was built on another Arab), ordered to be built in 1340 by Alfonso XI of Castile after his triumph in the Battle of Salado. In this way he commemorated the victory over the African Benimerines who had arrived in Granada at the request of Mohamed I, vassal of Castile. His son Pedro I the Cruel arranged it and gave it to his daughters Beatriz and Isabel in 1363 to transform it into a convent. 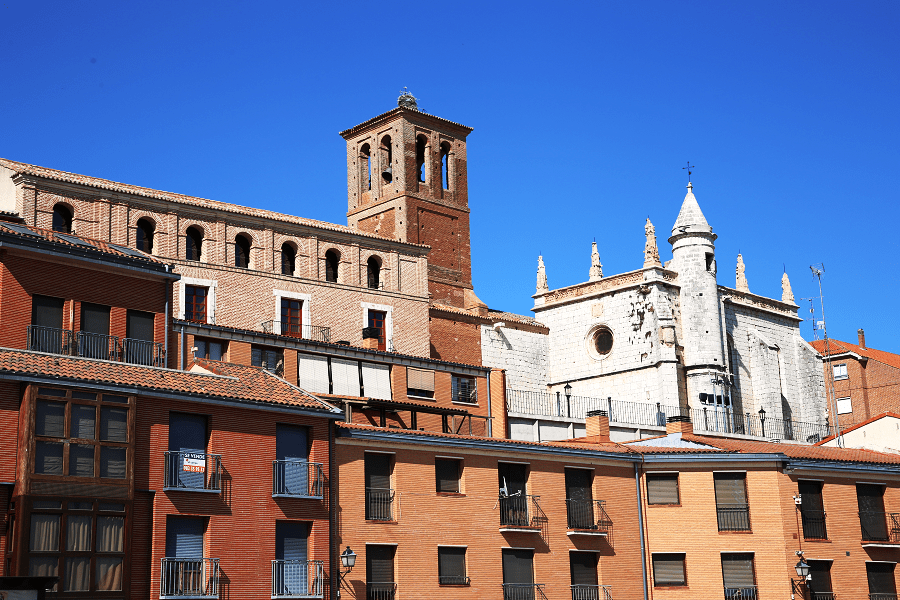 Church-museum, where a series of artistic pieces from the church itself and several others from the town are collected and exhibited, among which the tomb of the Alderete stands out. The building is a 10th and 17th century church, begun in the mid-16th century and completed by Gil de Reynaltos in 1644. Its naves are covered with star-shaped ribbed vaults. The most remarkable thing is the chapel of the Alderete that has a balustrade with pinnacles in flamboyant Gothic style. 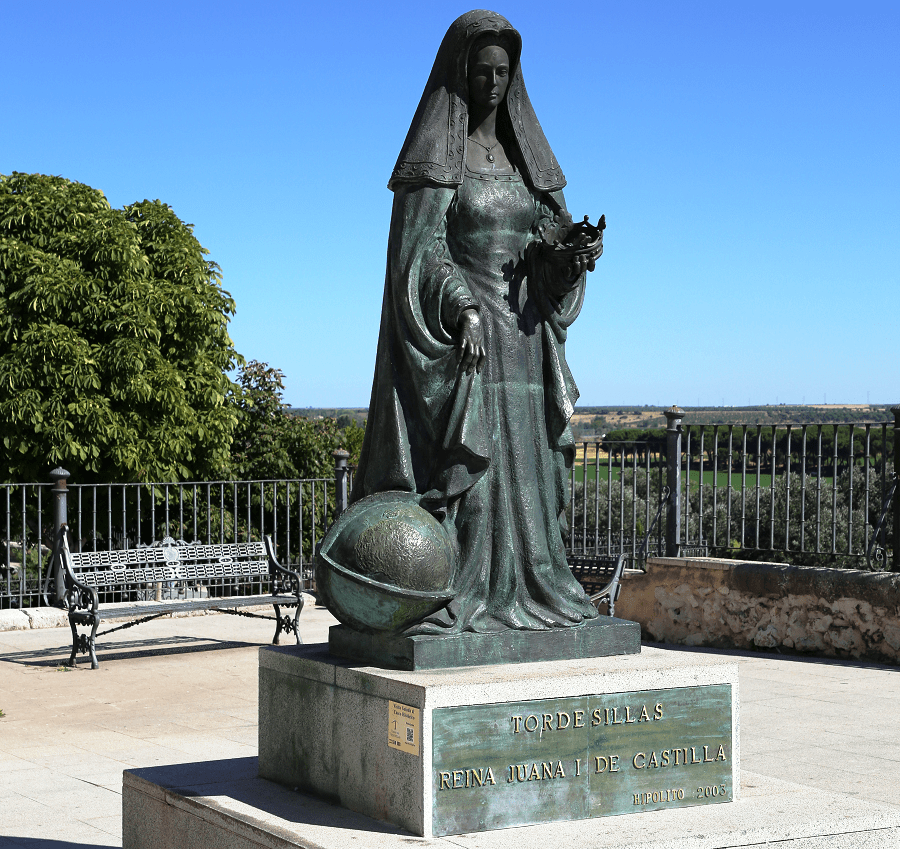 Declared an Asset of Cultural Interest on December 7, 1983. Its structure is Gothic, but at the end of the 16th century it was rethought in a classicist style emanating from El Escorial. It is the largest church in the town, built in stone and brick. It has a single nave, divided into four sections on transverse arches. Due to its great height, the tower, with a square base, constitutes the lookout point of Tordesillas and was built between the 16th and 18th centuries with a Gothic base and classical evolution. It has a valuable main altarpiece drawn up by Pedro and Juan de la Torre from Madrid in 1655 and engraved by José de Arroyo. The church has a baroque organ from the 18th century. 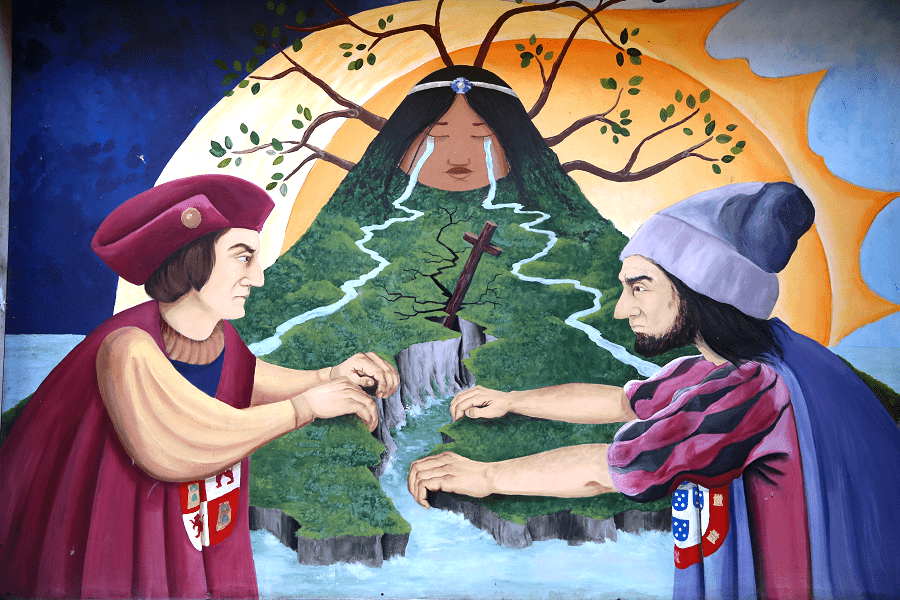 Gothic church from the 16th century with a rectangular plan with three naves made up of large rhomboidal columns. The building is made of ashlar except the the tower, which is made of brick. The most important thing is the Gaitán chapel, with a lantern dome and a slate roof, in the Madrid style. Its altarpiece has Solomonic columns and is presided over by the image of the Virgen del Carmen, from the Gregorio Fernández school. 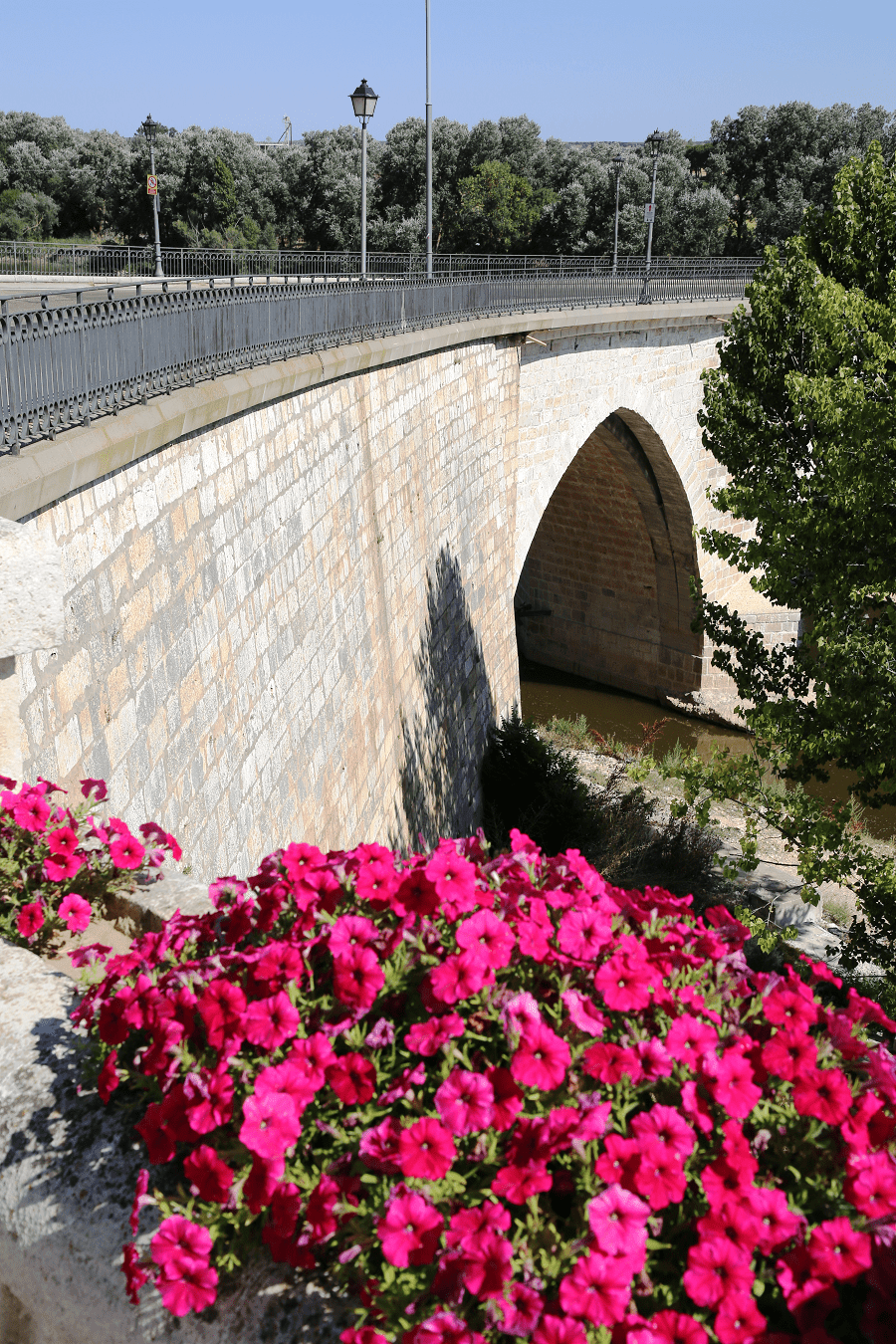 Testimony of the courtly activity that dominated the town since medieval times, are its houses and palaces, vestiges of its past splendor. They are located along the four streets that start from the Plaza Mayor, and most date from the 16th century, the time of the town’s heyday. They are generally two-story buildings. Lower floor of ashlar stone, and upper floors with brick basements. 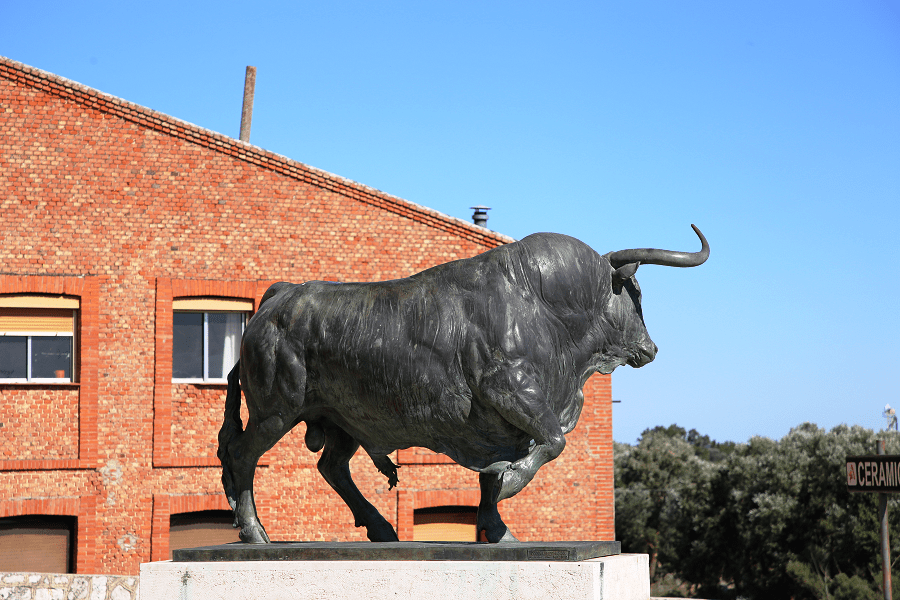 Highlights: A house located in the Plaza de Roma, next to the church of San Pedro. Its bars from the 16th century stand out. The fortified Palace of the Alderete, which is a house located on Calle San Antolín, all made of stone with the appearance of a fortress due to its battlements. It belonged to the powerful Alderete family (Pedro González de Alderete was ruler of the town in the 15th century); Located next to the Church of San Antolín, and facing the river are the Houses of the Treaty, so called, because the negotiations and signing of the Treaty of Tordesillas in 1494 took place there. 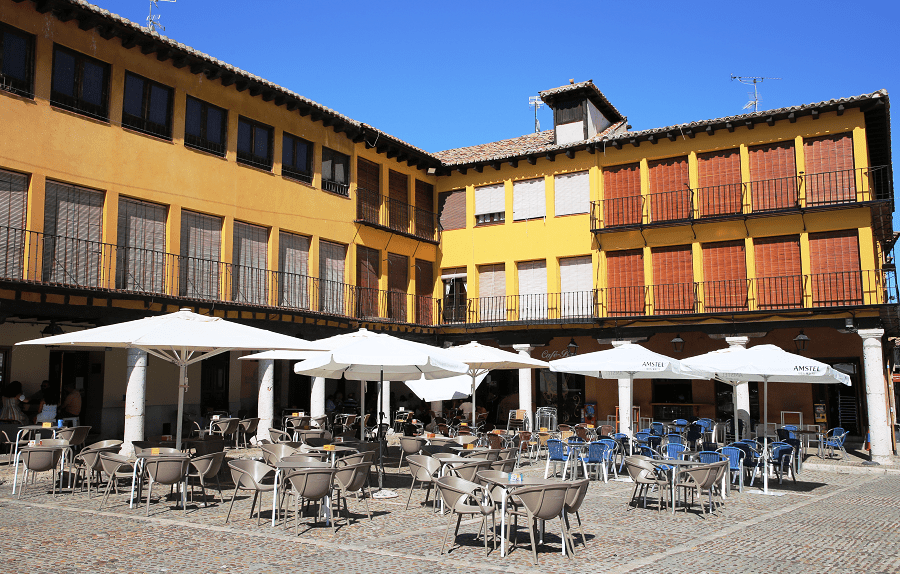 One of the most important buildings in Tordesillas was its Royal Palace, temporary seat of the itinerant courts of the Castilian monarchies, and especially notable for being the place where Queen Joanna of Castile stayed for 46 years. Converted the palace of Alfonso XI and Pedro I into a Convent of Poor Clares, King Enrique III decided to build another palace in the vicinity of the previous one, overlooking the Duero River and with splendid views. Its perimeter was rectangular, and it was built with masonry and mud, and two stories high. 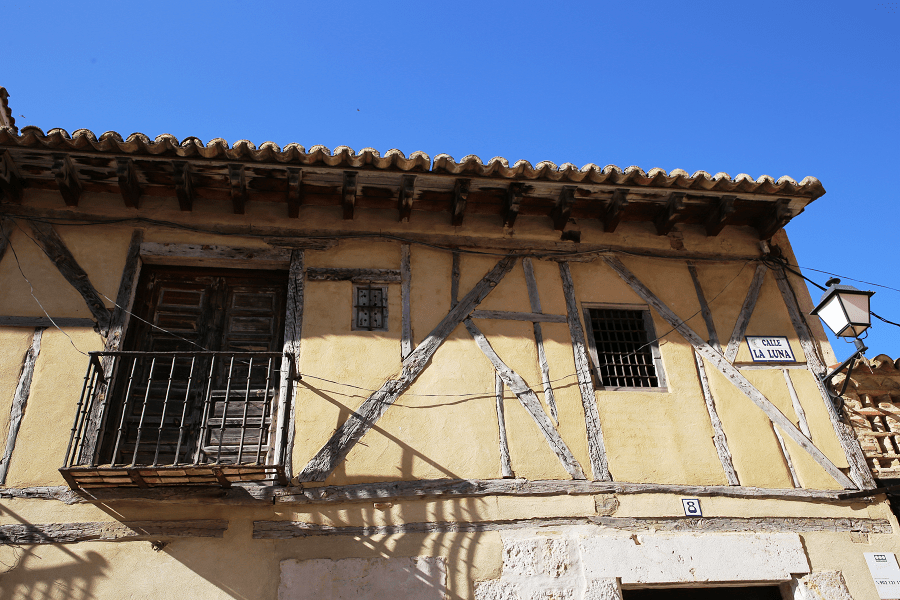 The town is known for its Toro de la Vega festival during which a bull was slaughtered by people on horseback and on foot. Animal rights groups repeatedly tried to stop this from taking place.

The festival has faced legal challenges from animal rights activists since the early 2010s, leading to a regional ban in 2016 and a ruling by the Spanish Supreme Court in 2019 outlawing the killing of bulls as part of the tournament. Since its initial regional ban, the festival has removed the killing portion of the ritual and billed itself as the Toro de la Peña (Bull of Virgin Mary).