This year the race “La course de cote de Font-Romeu” with modern and classic cars will bring together more than 5,000 visitors, said one of the organizers, the president of the Font-Romeu Rally Team, Serge Louis • All PYRENEES · France, Spain, Andorra 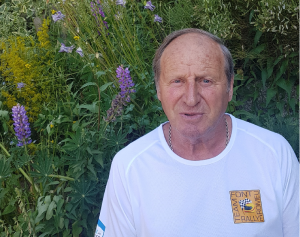 The final leg of the race Trophée de Pyrenéés-2018 will take place in Font-Romeu on 4th and 5th August. Every year, this event attracts a growing number of spectators, and this year, according to one of the organizers, the president of Font-Romeu Rallye Team, Serge Louis, they hope to gather more than 5000 visitors:

“Trophée de Pyrenéés-2018 is an international competition, which takes place in Andorra and France. This year, competitions have already taken place in France: in Quillan (May 19th and 20th) and Calmont (June 16th and 17th) and in Andorra (in Arinsal, on June 9th and 10th). These competitions count towards the 2018 French Mountain Cup, the 2018 Occitanie – Mediterranean League Championship and the 2018 Pyrenees Trophy.

The organizer of the event in Font Romeu is the Automobile Club 66 (ASAC 66), the technical organizer is Font Romeu Rally Team under the patronage of the city of Font-Romeu – Odeillo – Via.

Entry fees for pilots are 300 €, but they can be reduced to 150 € for those who accept advertising from the organizers. Of course, you need a license to participate but there is a possibility to obtain it on the day.

This year, about 70 participants are planned to take part in the race. There will be modern cars and historic competition vehicles (HCVs) of different brands (see photos).

The competition will take place in Font-Romeu (departure from the solar oven). The length of the route is 1300m and the altitude difference is 110 m or 3.75%. The record was set by a pilot Nicolas Verdier in 2016. His time was 43.33 seconds with Formula Dallara 302 Group DE Class 3 car (over 300 horsepower).

The race takes place with ambulances, firefighters, the gendarmerie and the municipal police on standby. Approximately 100 volunteers will help organize the event.

The event is free for the public, we invite all motorsport fans to join!”.