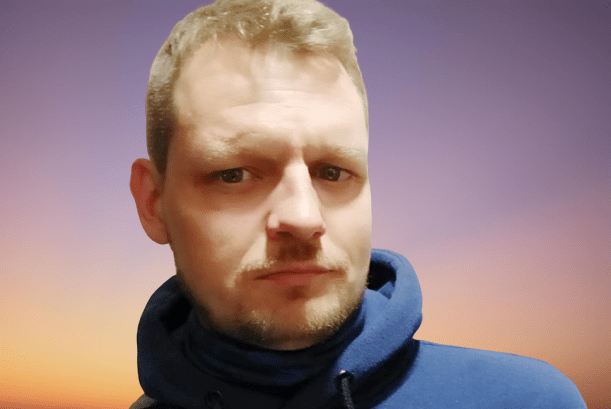 Thermal imagers are passive-type optical-electronic devices and they provide the ability to observe slightly heated objects by their thermal radiation in the infrared spectrum by converting radiation invisible to the human eye into an electrical signal that is amplified and automatically processed, and then it is converted into a visible image of the object thermal field for its visual and quantitative assessment.

This is a way to effectively evaluate the heat production and transfer in biological tissues. It is based on the passive recording of infrared (thermal) radiation produced by the body. This method is non-invasive, diagnostics can be carried out without restrictions (at least every hour), which is especially important for severe nosologies, as well as for children for whom CT, MRI studies are prohibited (cerebral palsy, otitis, acute respiratory infections, acute respiratory viral infections).

As a result of a distant non-invasive study, problems of the skeleton, teeth, blood vessels (thrombi, varix dilatation, cerebral meningiomas), lungs, and other internal organs become visible. Bacteria lesions are also visible. For example, by the difference in temperature, you can interpret the lungs’ opacity and determine the pathological process sources. The method also allows you to monitor the course of pregnancy.

How does it work?

Temperature differences in healthy and diseased tissue are different: the temperature is low with hematomas, the tumour (especially oncological) is characterized by high temperatures due to inflammatory processes. If you conduct regular examinations using a thermograph, then you can track any pathological changes at an early stage.

Thus, thermography is an accurate diagnostic tool that allows you to detect pathologies based on the temperature distribution deviations over the body surface.

What is the average length of a person’s examination?

It takes five to ten minutes to conduct a comprehensive examination of the whole organism with accurate heat maps construction. An oncology test takes an additional 30 minutes to assess the behaviour of thermal radiation during a functional test.

What are the functional tests and why are they needed?

It is possible to increase the informativeness of thermograms and to improve the diagnosis of diseases by improving research methods or using various stress tests. Depending on the impact, the tests are divided into mechanical, physical, thermal, chemical, pharmacological, combined, etc. They can be invasive and non-invasive. Some of the applicable tests are used in functional diagnostics, surgery, others are specially designed for thermographic studies.

What are the thermography applications in medical diagnostics?

I must say that not every thermograph has wide diagnostic capabilities. I will give the scope of thermography based on the IRTIS-2000 ME device, which is used in the above healthcare organizations. These are all sections of medicine in which the use of thermal imaging for diagnostic medical purposes is possible.

This allowed us to examine critically the diagnostic method value and recommend it for widespread use not only in hospitals but in outpatient settings also. Emergency diagnosis is possible based on medical thermography, which represents the future.

It turns out that a thermograph can be used by ambulance services.

Yes, because due to mobility, it makes it possible to diagnose by a paramedic himself or herself, which saves time of diagnostics and provides the necessary assistance on the spot, in almost any situation.

Such a diagnosis makes it possible to diagnose more accurately and take a patient to the hospital where it is urgently necessary to reanimate the patient (for example, with internal bleeding of the diverticulum, in the intensive care unit of gastroenterology accordingly, in case of stroke, provide the necessary assistance and, in the intensive care unit of neurology accordingly).

The device is especially necessary in megacities, where there are large traffic jams because you can observe right on the way, for example, traumatic conditions and help the victim within limits of your capabilities.

How did the development of thermography and thermal imaging equipment begin?

The priority in the domestic thermal imaging development belongs to the corresponding member of RAS M. M. Miroshnikov and employees of the Vavilov State Optical Institute.

In the early ‘60s, prof. M.M. Miroshnikov and his employees, together with prof. M.A.Sobakin for the first time in domestic and foreign physiology performed work on the infrared radiation visualization of the pit of the stomach and established the dependence of its size and distribution on the stomach functional states. One of the first experimental models of domestic thermal imagers with optical-mechanical scanning was used in the work.

In the ‘70s, the main type of thermal imager, mass-produced in the USSR, was the Rubin thermal imager that was widely used due to many advantages and became the base model, which underwent periodic upgrades. The thermal imaging method has been actively introduced into the practice of medicine. This led to the network expansion of the medical institutions using this equipment for various diseases in more than 150 cities of Russia.

In 1980, in Leningrad at the initiative of the Vavilov State Optical Institute and the Main Directorate of Healthcare, the city scientific clinical and thermal imaging centre was established at the All-Union Scientific Medical-Technical Society and the main directions of the centre’s work were identified: a preventive examination of the population and patients; advisory work; research and methodological work on the preparation of manuals, handbooks, atlases; training work in the doctors and technicians-operators specialization; testing and improvement of various types of thermal imagers and consoles.

Tens of thousands of inpatients and outpatients with a variety of therapeutic and surgical pathologies were examined during this time. Various methods of thermographic diagnostics were developed and put into practical use, which was reflected in numerous methodological recommendations prepared by employees of the Thermal Imaging Center in collaboration with the clinical departments of various medical universities of St. Petersburg, as well as in a large number of candidate and doctoral dissertations, also performed at the thermal imaging centre base.