There are no black holes in the nonlocal reality of continuous kinetic densities, argues a proponent of Russian Cosmism   • All PYRENEES · France, Spain, Andorra 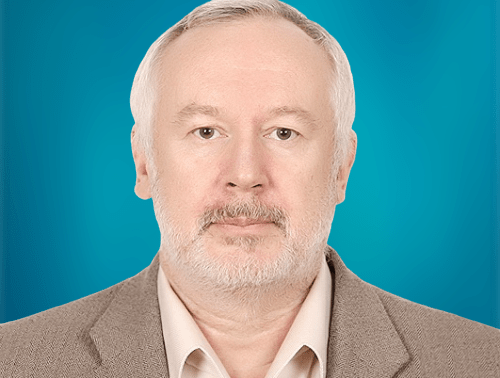 Lectured on physics since 1982:

Despite its apparent success, Newton’s mechanics incorrectly describe the monistic world of kinetic energies. Newton fooled everyone with a fiction of negative gravitational energy, the gradients of which supposedly determine the forced motion of bodies. But, the nonlocal reality is formed only by positive (kinetic) energies. Measurements are not compatible with the concept of negative energies or their densities. Newton’s reliance on non-existent fiction is a clear sign of the pseudoscience. I am glad that you also do not believe in a massive point in empty space, although so far I have not met successive monistic Cartesians among our scientists.

To understand reality, one can use Umov’s variable energy in the Hamilton formalism and Lorentz transformations. In Einstein’s physics, the mechanical energy of probe bodies is also of kinetic origin (in the rest-energy) and is always positive in any metric fields. The tendency of inside chaos and kinetic ordering toward relativistic equipartition determines geodesic attraction in weak fields and repulsion in extremely strong ones. Mutual attractions and repulsions of elements in the Cartesian material continuum are self-governed by non-equilibrium metric tensions. Therefore, all visible interactions have a monistic (purely kinetic or inertial) nature in a nonlocal unity of continuously distributed inertia.

In contrast to Newton’s force mechanics, Einstein’s General Relativity is a metric transition to a nonlocal theory of self-organization of inertial densities of kinetic energy due to the corresponding tensions of its material space (as in the philosophy of Russian Cosmism). In the electrodynamics of extended charges, stabilizing tensions also arise (Poincare pressure, 1906), which in equilibrium oppose the Lorentz forces.

What do you mean by nonlocal self-organization of metric spaces with Euclidean material 3-section in a curved space-time?

For Einstein’s metric theory, the continuous pressure of the Lomonosov’s “gravitational” (metric) liquid is more acceptable than kicks of the intuitive micro-corpuscles of Fatio (1690) or Lesage (1748), which inevitably heat and brakes test bodies. Mutual displacements of extended elements of a nonlocal inertial system do not change its kinetic energy or metric charge. These correlated motions of continuous elements (with visible vertexes) of the whole correspond to nonlocal self-organization of kinetic energies toward their equipartition over all degrees of freedom, including internal ones (where the rest energy when moving decreases according to Umov).

Equilibrium metric states are always realized in the Euclidean 3-geometry of continuous material space. I simply could not find other analytical solutions for equilibrium in Cartesian physics of kinetic densities, which deny Newton’s gravity and black holes with the Schwarzschild metric. So that my Cartesian views are not unfounded for the expected criticism of my countless opponents, few selected publications can be tested using civilized (scientific) arguments:

If it were not for Lenin’s ban on discussing Mach’s ideas, philosophical steamships of 1922 and other persecutions of religious Russian cosmists, then our domestic textbooks would have long ago gotten rid of Newton’s pseudoscience by adjusting the Einstein metric formalism to the continuous kinetic formations of Lomonosov, Umov and Tsiolkovsky.

Newton’s empty space and negative gravitational energies of non-existent localized bodies have long been removed from the national school curriculum to enlighten the mentality of our society and liberate the potential of Russian Cosmism.