The UCI MTB World Cup will be held at Vallnord from 10 to 15 July and also from 15 to 18 July respectively • All PYRENEES · France, Spain, Andorra 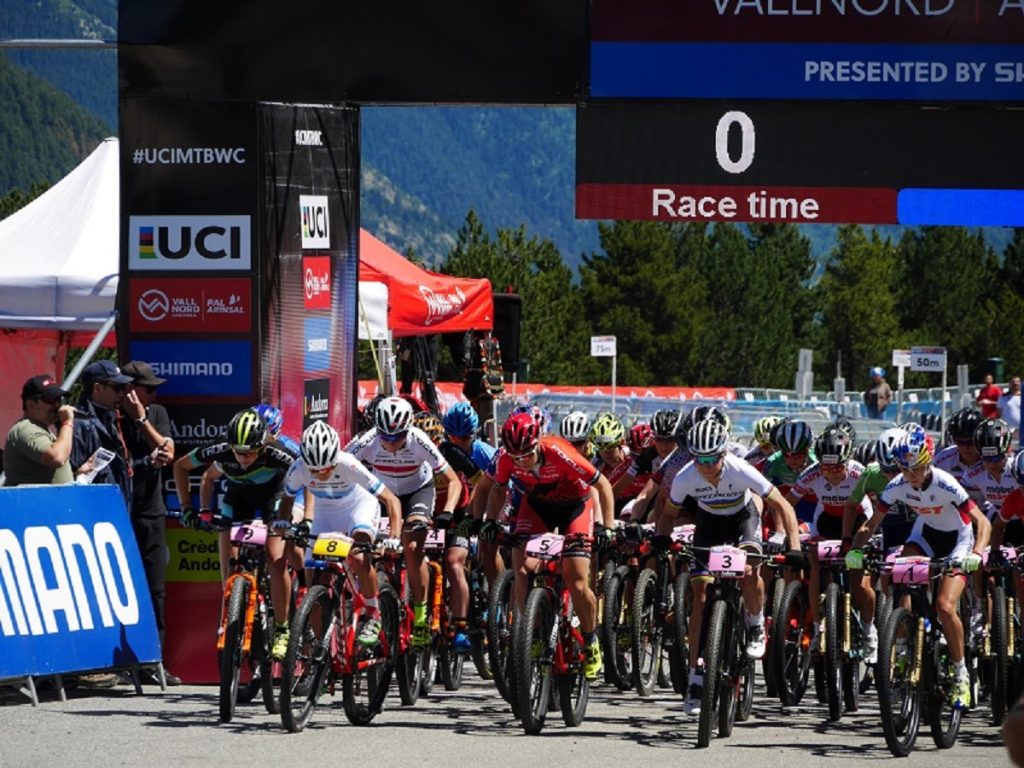 The run up to the MTB World Cup has now started. Yesterday the countdown began for this important event that is expected to bring 700 participants from 40 countries and over 60,000 spectators. In addition, in the last edition an accumulative audience of 64.9 million in 104 countries, between televisions and broadcasts through the Internet, watched the race. In particular countries with great cycling tradition, such as France, the Czech Republic and Poland, followed the World Cup. In total, 400 volunteers participated in the organisation. In addition, the budget is close to 800,000 euros, though this is much lower than organising the Sports World Cup. It is the sixth time that La Massana hosts an event of this type, the first two editions were in 2008 and 2009 and then there was a break.

The UCI MTB World Cup and the World Masters (30 years and over) will be held at Vallnord from 10 to 15 July and also from 15 to 18 July respectively. There are already 650 registered participants from 25 countries in this second competition. On Saturday 14 July the downhill final will take place and on Sunday the finals of the cross country. Yesterday the Head of Government, Antoni Martí, the Minister of Tourism, Francesc Camp, the consuls of Massana, David Baró and Raül Ferré, and the general director of Emap, Josep Marticella, pressed the button that turned on the counter for the 50 days remaining for the inauguration of the World Cup.

One of the changes this year includes a new test, a short-track cross-country race. This is a 30 minute race taking place prior to the finals and is an explosive event. It is mainly for show, but participants will accumulate UCI points. This test is done in a circuit of 2.5 kilometers, and will offer great competition, so this could mean changes in the rankings. The 40 best cyclists from elite cycling will participate. Albert Balcells, technical director of the competition, revealed these changes during the official presentation at the Teatro de les Fontetes in La Massana, and explained that the start and finish of the cross-country event has been changed. It will be located in the area of Planell and will allow greater visibility for “spectators and television broadcasts, therefore women will be more easily seen, and the layout will be improved”. Improvements have been made to the downhill route, this year there will be more loudspeakers along the route so that “from start to finish, television viewers and live spectators can follow the race “and that “it is a 2.5-kilometer route that requires great technical and physical quality and is very demanding”.

Antoni Martí stressed that Andorra is “a benchmark for elite sports” and showed his satisfaction at hosting the MTB World Cup: “The Government believes in this event. Andorran people are great, because in situations like these we know how to work together “. He continued to say that ”Every year things get better and we must celebrate the face that Andorra has established itself as a reference for cycling, because events of this kind make the country great,”.

The Principality is not just a reference for MTB cycling, but has also hosted stages of the Tour de France and the Spanish Vuelta, and this was highlighted by the president of the Andorran Cycling Federation, Gerard Riart. He hopes that the Andorran rider Guy Díaz can take part in the test, but today he is doubtful because Guy has had a fall and has injured his collarbone. For the downhill race, and juniors Nico Rey and Joan Aracis, as well as Blanca Aracil and Guillem Casal will be present. He also announced that, coinciding with the Catalan Cup in Vallnord in September, the Andorra Cup will be held allowing cyclists in the country to obtain UCI points.

This year the contract with the International Cycling Union ends and from here very little is known whether Vallnord will continue to host the event in 2019 and 2020. “It will be made public soon,” explained Baró. However, an exact date is still unknown. “I have the feeling and the conviction that the project will continue even though there is a lot of competition to host an event of this type,” he commented. In this matter, he believes that the event will have continuity despite politics, since it is not a matter of political parties. The World Cup gives a tourism a boost at a time when it is not high season.

800.000 euros is the cost of organising this type of event

400 volunteers will help in the MTB World Cup organisation.