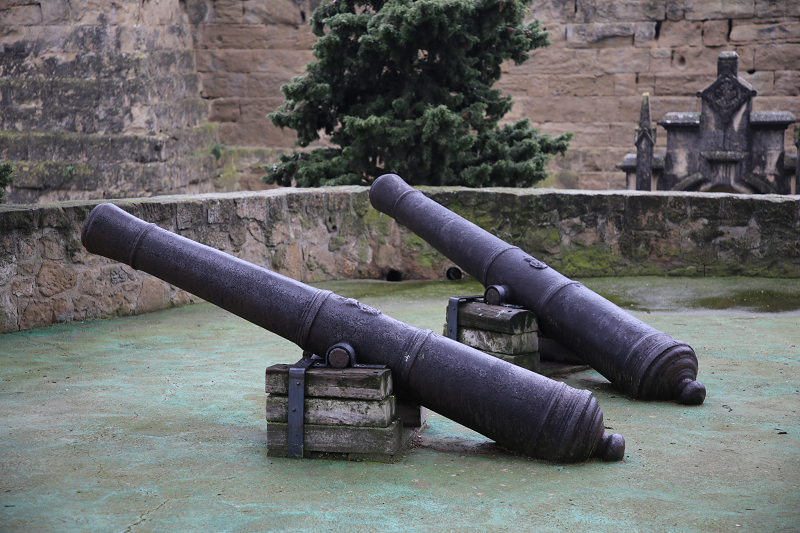 The Story of Balaguer: Heritage of the Arab and Berberian Conquests

The origins of the history of Balaguer (cat. Balaguer) start at the beginning of the VIII century AD, and they are associated with the appearance of Arab and Berberian troops that invaded the Iberian Peninsula through the Strait of Gibraltar in 711. It seems that the conquerors organized a military camp in a place that today is located within the boundaries of Balaguer and is called Pla d’Almatà.

Over the years, this walled military settlement has been transformed into a residential area of the town of Madina Balaguer (cat. Madina Balaguer). The earliest surviving mention of Balaguer dates back to 863-864. This is the story of the monk Aimo (cat. Aimó) from the abbey of Saint-Germain-des-Prés (cat. Saint-Germain-des-Prés), who, on behalf of the abbot and brethren of his monastery, describes the wanderings of the monk Odal (cat. Audald) in the composition “The Conception and Transfer of the Relics of Saint Vincent from Spain to the Monastery of Castres” (cat. Invenció i translació del cos de sant Vicenç des d’Hispània al monestir de Castres). The story names stops along the way at Balaguer: the castle of the city of Berga (cat. Berga), the Alps (cat. Alp), Llivia (cat. Llívia) and Carcassonne (cat. Carcassona). According to the story, in Balaguer, crowds of people came out to meet the relics of the saint, and one recently blind woman regained her sight.

The chronicler Ibn Abu Ahmad (cat. Ibn Abū Ahmad) testifies that Balaguer began to gain power in the days of the Banu-Kazi clan (cat. Banu Qasi) and that the fortress was built in 877 by Llop Ibn Muhammad, lord Emirate Larida (cat. Emirat de Larida), who had already built the castle of Court in 862 (cat. Castell la Suda). Another written monument from the mosque of Tunisia, dating back to 1003, mentions the battle of the city of Albesa (cat. Albesa), which is next to the “Balagu” (cat. Balagué).

One of the texts of the geographer Al-Urdi (cat. Al-‘Udrī) explains how Llob ibn Muhammad, who in 897 inflicted a mortal wound to Wifred Hairy (cat. Guifré el Pelós), laid siege to the Montsó fortress (cat. Montsó), Balagay (cat. Balagay) (i.e. Balaguer) and Barbastro (cat. Barbastre). It should also be remembered that in those days, fortresses and cities along the eastern border of Muslim lands often revolted, for example, in 927, the inhabitants of Balaguer rebelled against Llop, although the city was ruled by the Lerida dynasty Banu Hood (cat. Banū Hūd).

The city of Balaguer did not surrender to the onslaught of Arnau Mir de Tost (cat. Arnau Mir de Tost), despite his raids on Aspres lands (cat. Els Aspres) from Montclus (cat. Montclús) to Montmagastre (cat. Montmagastre). However, his grandson, Girald II Cabrera (cat. Guerau II de Cabrera), obeying the orders of his lord Ermengol V (cat. Ermengol V), briefly conquered the city in 1100 or 1101, but then fell in the battle of Mollerussa (cat. Mollerussa) in 1102, repelling the attacks of the Muslims caused by the loss of Balaguer.

The city finally fell to Christians in 1105, when Ermengol VI was not yet of legal age. In that decisive battle, the young conqueror received the help of Ramon Berenger III of Barcelona (cat. Ramon Berenguer III de Barcelona) and Pedro Ansurez (cat. Pedro Ansúrez). As a result of the subsequent distribution of the conquered lands, Earl of Urgell remained a vassal of Barcelona, and Viscount Ager (cat. Àger) received a part of the city and the rights to the old fortress of the Court – now the castle of Formos (cat. Castell Formós), the residence of the Earls of Urgell. On June 7, 1111, he donated the cathedral of Urgell and the Bishop Ot (cat. Ot) a fourth part of the fortress of the Court, and the city and its land were transferred to the beginning of the Urgell eparchy.

The relentless attacks of the Sarades of Lleida slowed down the Christian settlement of the lands around Balaguer, which began with Girald II of Cabrera on April 13, 1106, according to the act of feudal dependence of Arnau I of Anglesola (cat. Arnau I d’Anglesola), to whom rights to the Court of Judgment and corresponding quarter of the city fell. The next settlement example is from February 1113. It is precisely this time that the act of transferring some rights to the Bishop of Urgell and Cavalier Bernat Eixard dates back.

Nevertheless, settlement on the empty lands began only in 1118 (according to a charter giving ownership of land on both banks of the river to those who settled on them – the families of Guadall, Guirt, Bernat, Fortes, Isarn, Mir, Arnau (cat. Guadall, Guirt, Bernat, Fortés, Isarn, Mir, Arnau) and others, totaling up to twenty-seven surnames) and 1174 years – by people from the Ager Valley (cat. Àger) and Meia (cat. Meià), followed by immigrants from Ribagorsa (cat. Ribagorça), Gascony (cat. Gascunya) and Languedoc (cat. Llenguadoc).

According to the subsequent expansion of rights, the inhabitants of Balaguer permanently got rid of the hordes with hot iron and hot or cold water, some abuse of seniors, and also had the opportunity to hold a Saturday market and a fair on St. Bartholomew’s day (cat. Sant Bartomeu).

During the war of the feudal lords against King Jaime the Conqueror (cat. Jaume el Conqueridor) and his son Pere II (cat. Pere II) the city was an important rebel stronghold, up to its siege and conquest in 1280, tells the story of Bernat Desclot (cat. Bernat Desclot) in his chronicle. To save the county, Ermengol X (cat. Ermengol X) took the vassal oath to the king, then gave his lands to the future king Alfons III the Meek (cat. Alfons III el Benigne), to return to the counts of Urgell later.

Balaguer became part of the domain of Aragonese King Ferdinand of Antequera (cat. Ferran d’Antequera) from the new Trastamara dynasty (cat. Trastàmara) after the siege of the city, in which the rebellious Earl of Urgell, displeased with the Compromise decision in Casp (cat. Compromís de Casp), locked himself. The new king, in his will, handed over the city to King Navarre Juan II (cat. Joan II de Navarra), who assumed his rights in 1418.
During the Catalan civil war against Juan II (1462), the king chose Balaguer as his stronghold until the fall of Lleida (cat. Lleida) in 1464. After the death of the king, the city passed to his son, Ferdinand the Catholic (cat. Ferran el Catòlic) and finally consolidated his status as part of the royal domain.

At that time, the city maintained close ties with neighboring settlements. Charles V granted Balaguer the privilege of holding a fair on St. Peter’s Day and, at the request of the city magistrate, the privilege of remaining forever in the royal domain. Throughout the 16th century, the plague, and then the bandits of robbers, became the main enemies that devastated the city. Some famous robbers were from the lands of Noguera (cat. Noguera): for example, Arnau Escuder (cat. Arnau Escuder), mayor of Alos de Balaguer (cat. Alòs de Balaguer), in 1589 laid siege to the castle of Cubells town (cat. Castell de Cubells), occupied by the nobles of the surrounding lands.

During the Rebellion (cat. Guerra dels Segadors), the French occupied the city (1642), considering it to be full of enemies. When two years later Balaguer was surrendered to Castilian troops, the French tried several times to return the city, attacking it from the direction of Aragon. Balaguer was finally conquered in 1652.

In the War of the Spanish Succession (cat. Guerra de Successió) the city fell into the hands of Charles III (cat. Carles III) in 1706, but in 1711, as a result of the battle of Almenar (cat. Batalla d’Almenar) he was forced to surrender. By the decree of Nueva Planta (cat. Decret de Nova Planta), the status of the mayor of Balaguer was lowered: from the head of the Vegeria department (cat. Veguería) to the municipal representative of the Lerida corregiment (cat. Alcaldia major corregiment de Lleida).

During the Napoleonic invasion on April 4, 1810, Balaguer, deserted, was occupied by troops of Marshal Louis-Gabriel Suchet (cat. Louis Gabriel Suchet), who later, on May 10, also occupied Lleida. Most of the inhabitants of the city were forced to re-raise the city walls, which allowed the French to hold it until 1814.

During the First Carlist War (cat. Primera Guerra Carlina) (1833–40) Balaguer was re-strengthened, but in 1894 its walls and two gates were destroyed.

In the days of the Spanish Civil War (cat. Guerra Civil espanyola) from May 22 to 28, 1938, a battle broke out near Balaguer: the Republican army launched a counterattack to smash the Franco bridgehead. During the second attempt, the bridgehead was able to repel.