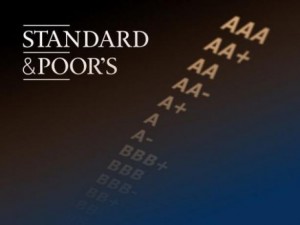 The Standard&Poor’s rating agency again lowered a rating of Andorra — already for the second time during this month. If on March 12 the rating of the principality was lowered to BBB/A-2, since yesterday, on March 27, it remains at the level of BBB-/A-3. Thus, now Andorra has the same rating, as Azerbaijan, Iceland, India, Morocco, Romania, Uruguay, Russia and Bahrain. The negative forecast of S&P based on “uncertainty which hung over financial sector of Andorra, and also the solvency threat”.

The reason of downgrade of Andorra — the situation connected with one of five banks of the principality, Banca Privada d’Andorra (BPA). This bank was officially accused by the U.S. Treasury Department of money laundering, received from russian criminal groups (look for details here)

Nevertheless, S&P recognize that the Andorra authorities effectively work on the plan of restructuring of bank, trying to stabilize as fast as possible a situation in BPA. Liquidation of the bank still remains as one of the optimal exits of the situation. But this measure can lead to a debt increase of Andorra and to other negative consequences.

Meanwhile, the government of Andorra declares that the financial system of the country remains stable and promises to take all necessary measures to prevent similar cases in the future.