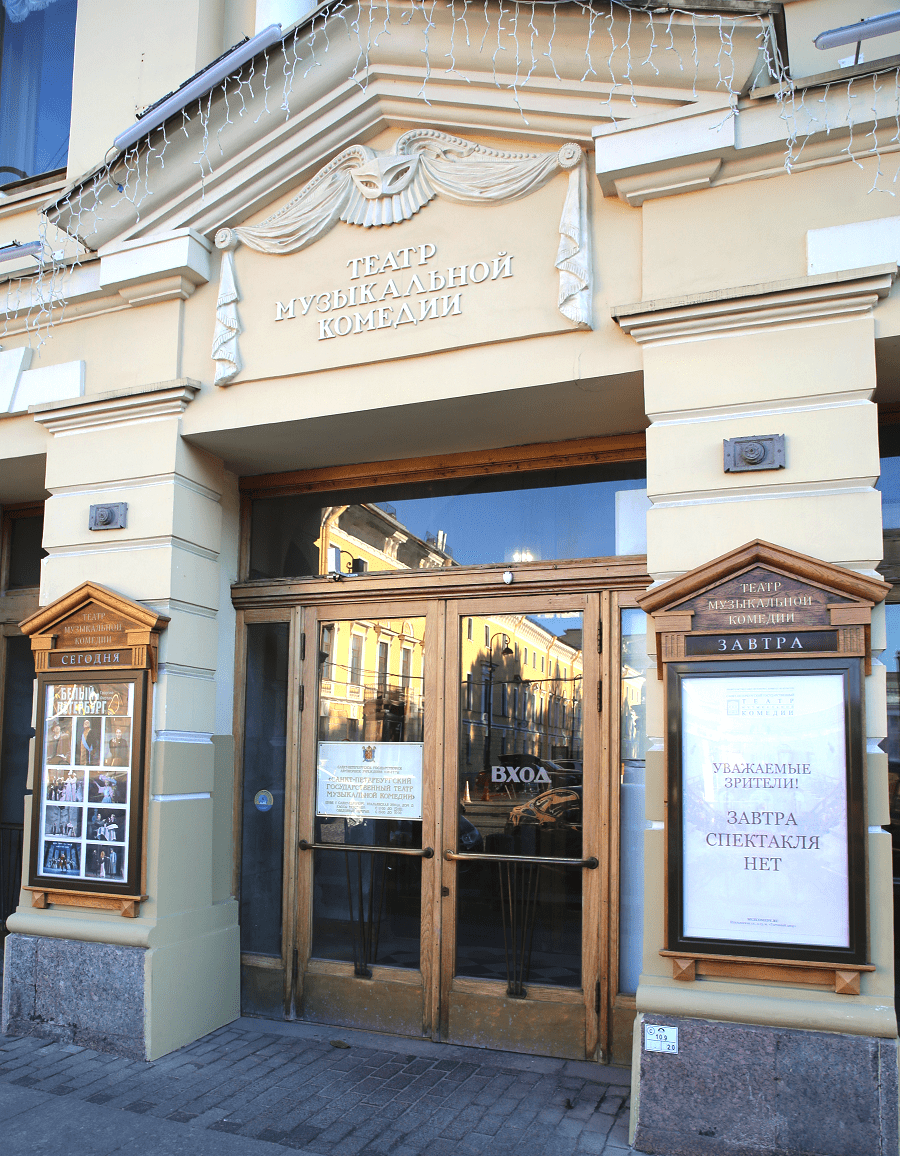 The St. Petersburg State Theater of Musical Comedy is a Russian theater whose repertoire is based on operettas and musicals.

The building that houses the Musical Comedy Theater was built in 1799-1801, presumably according to the design of the Russian architect E. T. Sokolov. It was originally a tenement house. Currently, the theater building is located at: Italianskaya street, 13.

In 1842-1846 the building was rebuilt according to the design of the Italian architect L. Vendramini.

In 1892-1896 the building was overhauled and partly replanned according to the project of the Russian architect Alexander Khrenov.

In 1896, the house was purchased by Grand Duke Nikolai Nikolaevich, grandson of Nicholas I, and subsequently presented it to his favorite, the famous actress of the Alexandrinsky Theater Maria Pototskaya. Probably, during this period, at the request of the Grand Duke, the interiors of the second floor were re-finished and acquired the appearance of luxurious palace apartments.